Wings of America – an organization of high-level, Native American runners – holds running camps for students in Native communities in the Southwest, and recently hosted a two-day running camp at Sacaton Middle School from July 7-8.

This summer GRIC provided three additional camps to choose from which included Running Camp, ASU Softball, and ASU Baseball Camps. Ages for these camps ranged from 5-17 years old and were open to GRIC enrolled youth. In addition to this, the Community will be hosting a Family Foam Fest 5k run and 2-mile walk at Wild Horse Pass Motorsports Park on July 23.

Based out of Santa Fe, NM, WOA provides opportunities for cross-country runners to compete in premiere level events across the country.

“We [make it] clear to the kids that the foundation of the camp is on running and that it is a part of almost every sport,” said Dustin Martin, WOA Program Director.

The camp also had a cultural aspect, which emphasized the important role running played in indigenous communities.

It is a message of empowerment said Martin, who is a member of the Navajo Nation, because running is a form of identity for Natives.

In the past, running served a more practical purpose: to tend to the fields, run to shrines, send messages from one place to another and in other ways that are not widely understood by non-Natives.

“You can’t make a blanket statement about Native Americans. Although, there is one thing that can be said… runners are revered in every tribe’s history for the last 500 or more years,” said Martin.

While the camp does focus on running, the message is clear. It is about appreciating and respecting the human body for what it is capable of doing.

Before the start of each camp Martin and his team lead the kids through a warm-up walk or run before heading inside the gymnasium to hydrate and move onto the next physical activity.

Throughout the day the kids went through different stages of exercises that focused on building endurance and stamina.

Martin said running is a way to stay in touch with one’s culture and that he advocates for the younger generation of Natives to do something that is tied to their culture while being physically active. 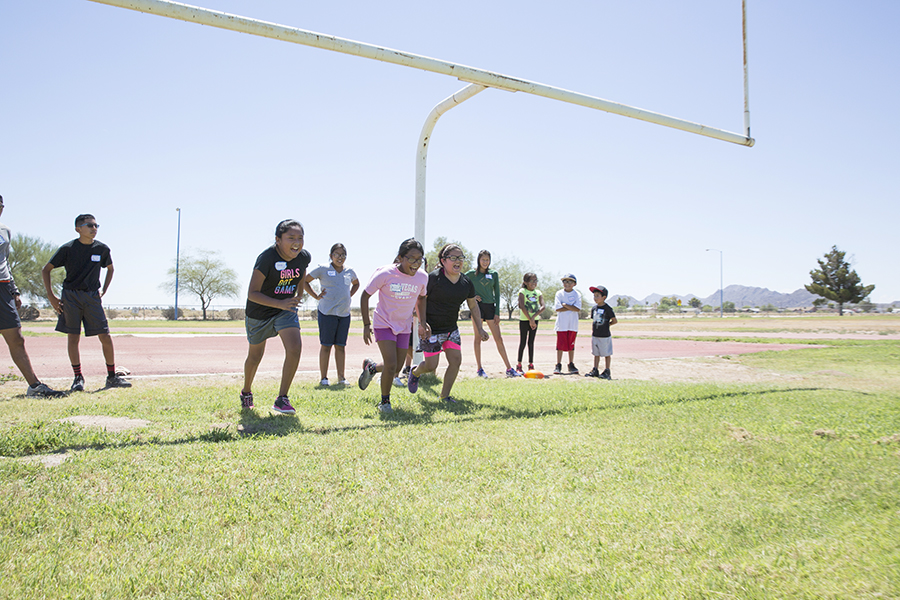 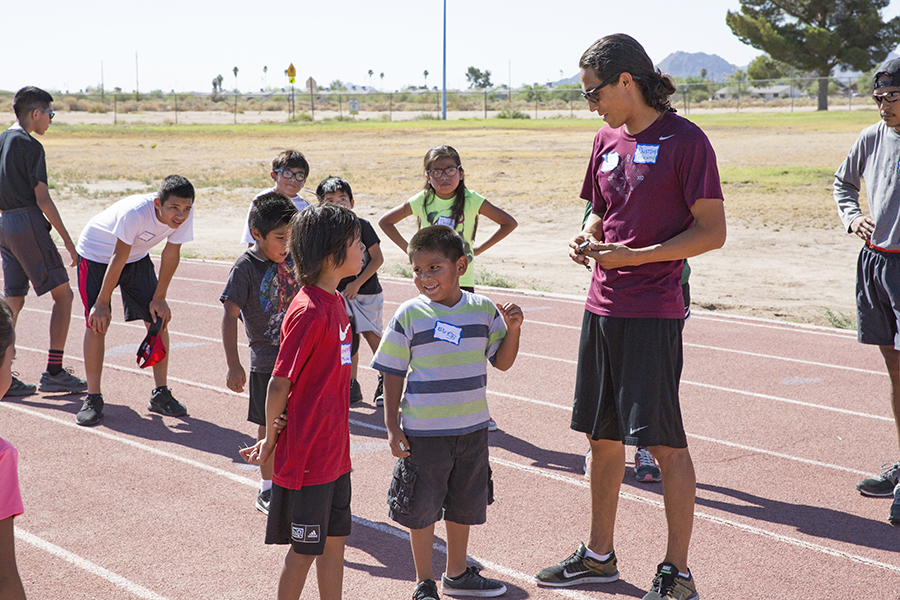 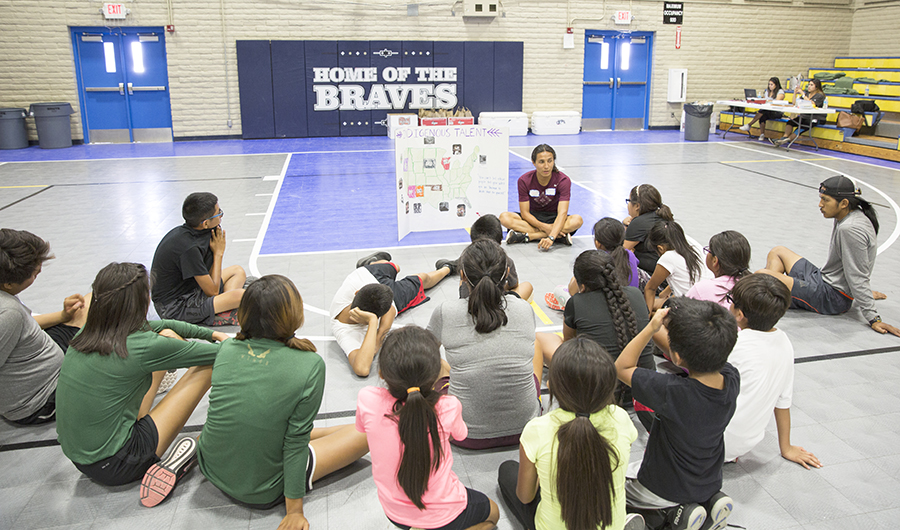