Blackwater student earns bachelor’s degree from U of A

Duane Jackson Jr., 22, has spent the past 4 years rushing to early morning classes, quickly eating meals in-between assignments, and spending numerous late nights studying inside the University of Arizona’s Main Library, all in the pursuit of knowledge and a bachelor’s degree.

Jackson, who earned his Bachelor of Arts in Political Science with an emphasis in Law and Public Policy from the U of A, May 13, said that earning his undergraduate degree is something he is proud of and could not have accomplished without his family’s support.

“This degree is for me but it is also for them because they put in a lot of work on their end to help me get through to this day,” he said. “If it wasn’t for them I wouldn’t have succeeded.”

For Jackson, being able to hold his university diploma in his hands and share a moment of happiness with his family was the joyful culmination of a journey that began many years ago in the village of Blackwater.

Jackson up in Blackwater with his parents Lorna and Duane Jackson, his three sisters, two brothers, and two young cousins. He attended Blackwater Community School and eventually went to Hohokam Middle School, where the first spark of wanting to pursue a higher education was lit aflame.

Jackson said that it was while he was in the eighth grade and involved in the GEAR UP (Gaining Early Awareness and Readiness for Undergraduate Programs) grant program that he really began to think about his future.

We would go up to Northern Arizona University, Jackson said, and spend a week living on campus, eating with students and working on projects.

The trips northward to NAU aided Jackson in figuring out what major he wanted to pursue and what university would best fit his goals.

Jackson eventually chose to attend the U of A. “Their academics, the school spirit, environment, everything there fit me. It just felt right, it felt like home to me when I was there,” he said.

While being accepted to his university of choice and becoming the first in his family to attend college were great accomplishments, the first two years of school were a difficult time of adjustment.

“It was a big shock to me,” said Jackson. “It was hard to adjust to the whole environment. Not having family. Going from knowing a lot people to [only] maybe five,” he said.

Jackson went from a regular high school schedule of 8 a.m. to 3 p.m., to a college schedule that could be anywhere from early morning to late night.

As time went on and Jackson became more familiar with the U of A, his campus life began to improve.

“As soon as sophomore and junior year came around, I got to know more people, branch out more, and that’s when [life] became better,” he said.

A memorable moment that stands out for Jackson during his time at the U of A was when he and his fellow students were pulling an all-night study session when a certain well-known mascot decided to make a surprise visit.

“We were studying during the fall semester and we…happened to look at the door and there [was] Wilbur in a Santa suit, standing there in the library. It’s always a memory that I hold,” said Jackson. “[Wilbur] standing there watching us through the door.”

Now that Jackson has obtained his degree, he has set his sights on entering the workforce and becoming a contributing member of the Gila River Indian Community.

Jackson said that even though he plans on entering the Community’s work force, specifically the GRIC justice system, he still plans on pursuing a Masters in Public Administration in the future.

But for now, he hopes to take a little time for rest and relaxation to enjoy a few of the simpler pleasures in life like spending some well-earned quality time with family and friends. 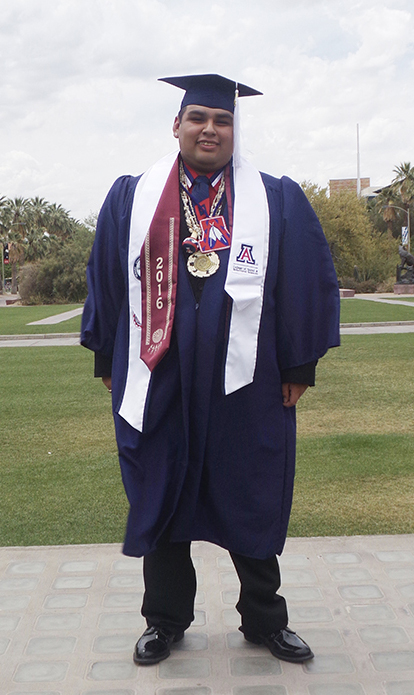 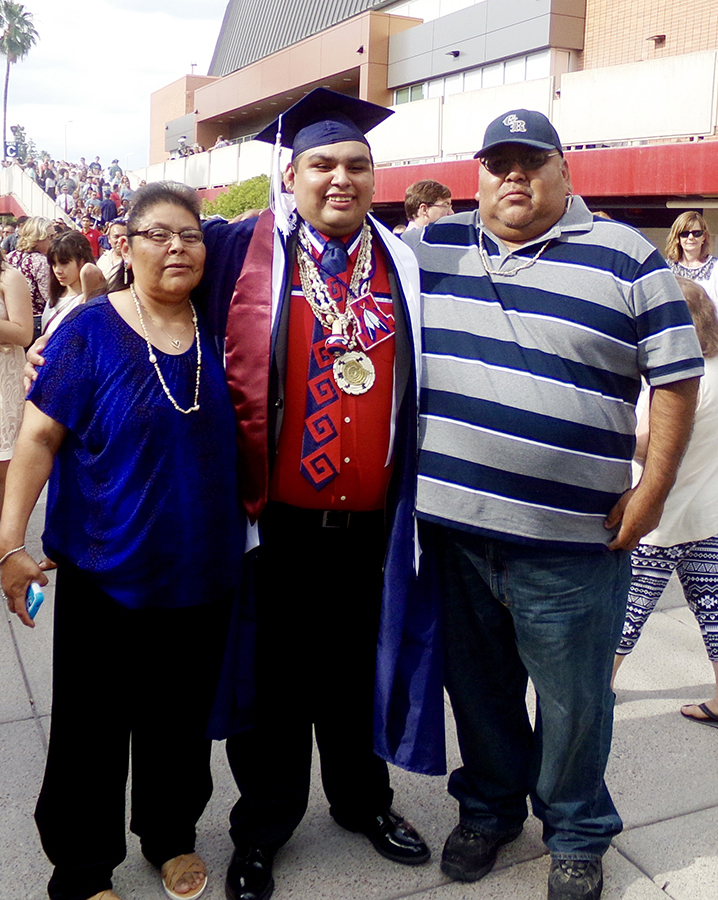 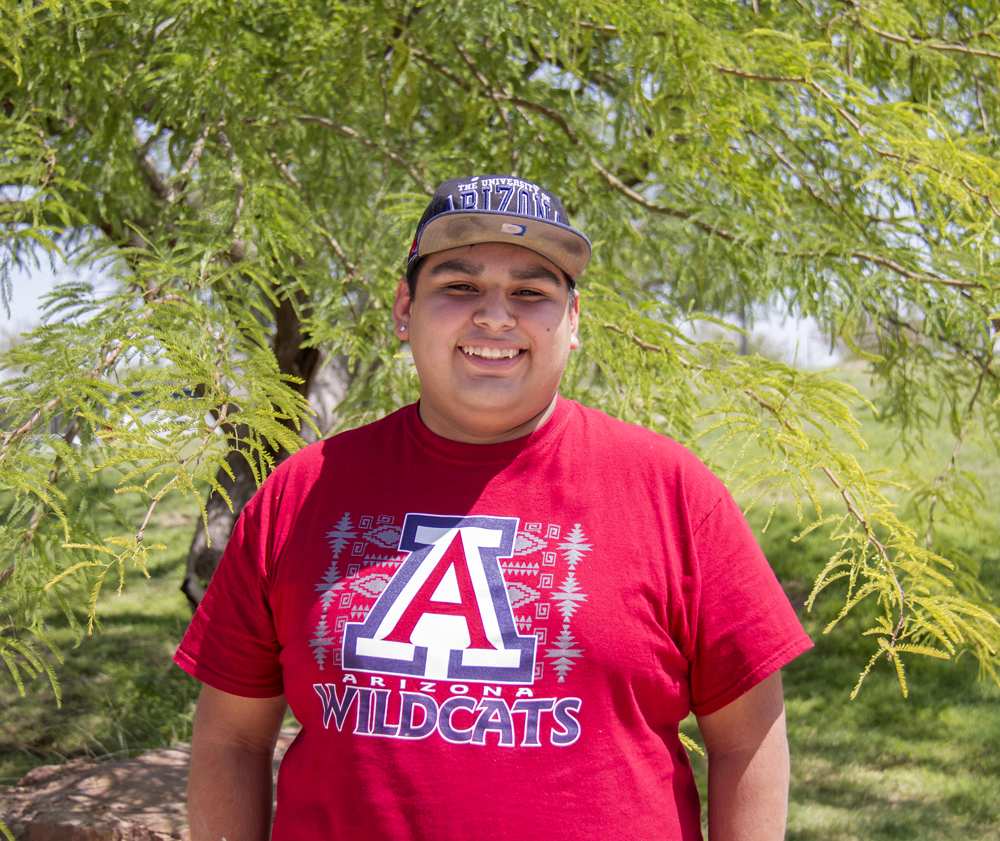