Reinvigorating interest in traditional O’otham foods has always been a labor of love for one family in the Community.

At a traditional food demonstration held at the Huhugam Heritage Center, May 24, Velvet Button shared her passion about putting a fresh and new spin on traditional meals.

The demonstrations emphasize how making meals that incorporate traditional foods can be simple and easy to make.

Button is the daughter of Ramona and Terry Button, who own and operate Ramona Farms.

Button said that people are interested to find that the foods used for the demonstration can be found in nature.

“Eating desert foods is so much better for your health…What makes them special is that they provide a well rounded diet that our bodies are able to process,” she said.

Her edible creations, such as a Pima Corn polenta, wolfberry tea, and O’otham pea sauce paired with chumath for dipping are just a few examples of what will be shared over the four weeks of demonstrations at the HHC.

To keep individuals from becoming discouraged, Button emphasized that there are different ways of preparing traditional foods and that are not specific to one recipe.

“I like to [play] with my food, because I start out with an idea of what I want to make, but it usually morphs as the process goes along.”

She encourages people that are cooking with traditional foods to try them out before adding any other ingredients, because she recommends retaining as much of the natural taste as possible.

“When I was a kid my mom had a wonderful way of taking the recipes [her] mom made, by kicking it up a notch, the way [we] liked it,” said Button.

Foods like the wolfberry, which grows in the Community were once in abundance, but now are difficult to come by and require a lot of time to harvest.

Button said that spring is the best time of year to harvest many foods because that is when many plants have dropped their seeds.

Above all, the demonstrations are a way to promote that traditional foods still have a place at the table and should be incorporated into our regular meals when possible.

“We have been eating a non-native diet for many years…we are accustomed to these things,” said Button, “It’s about taking our traditional foods and replacing the not-so-healthy parts of the recipe to have the best of both worlds.” 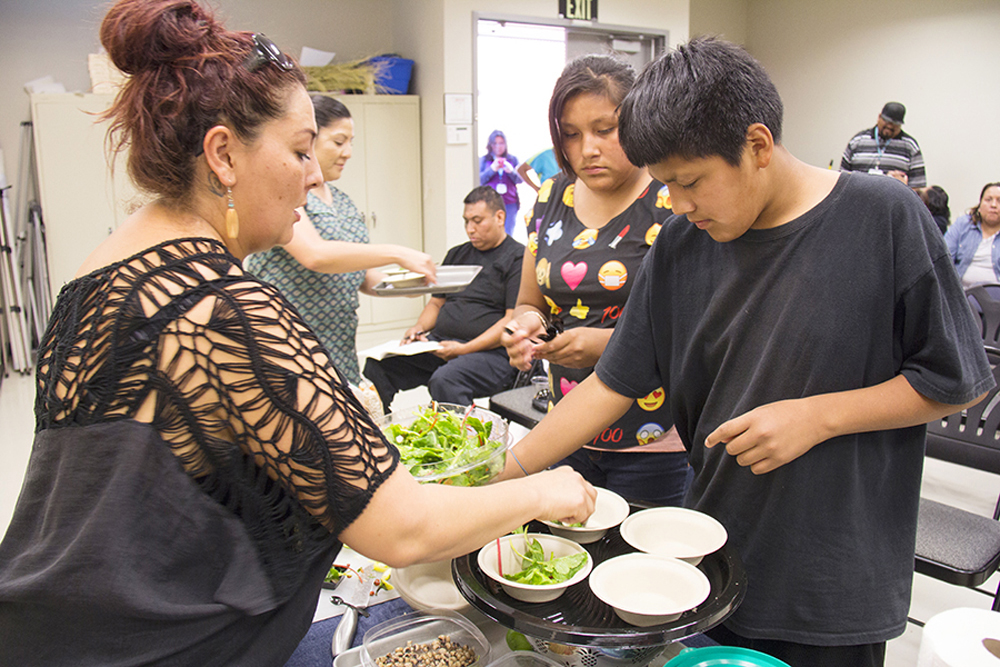 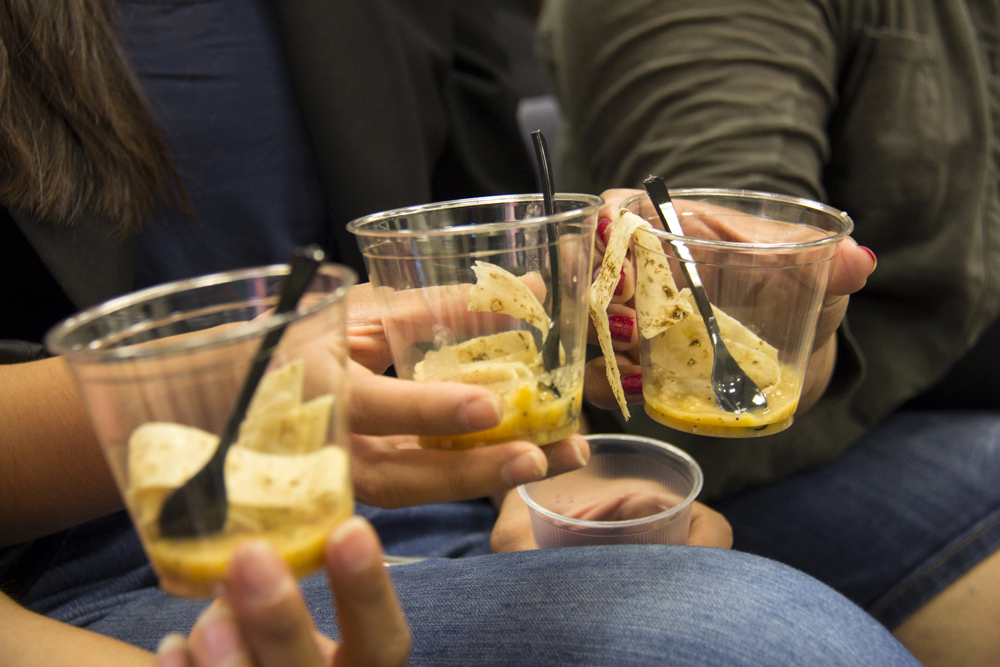 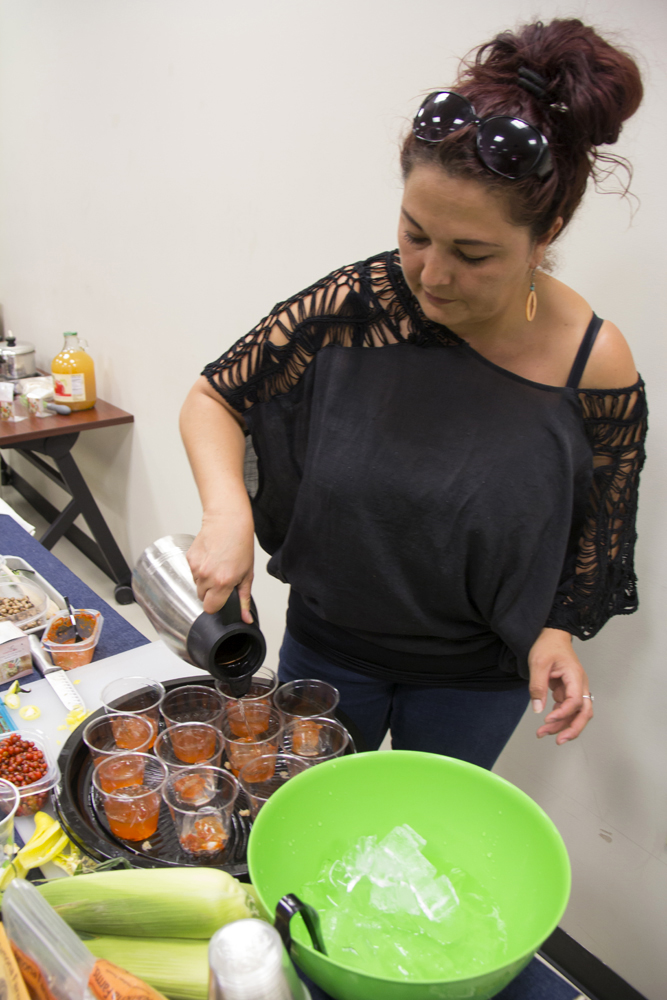 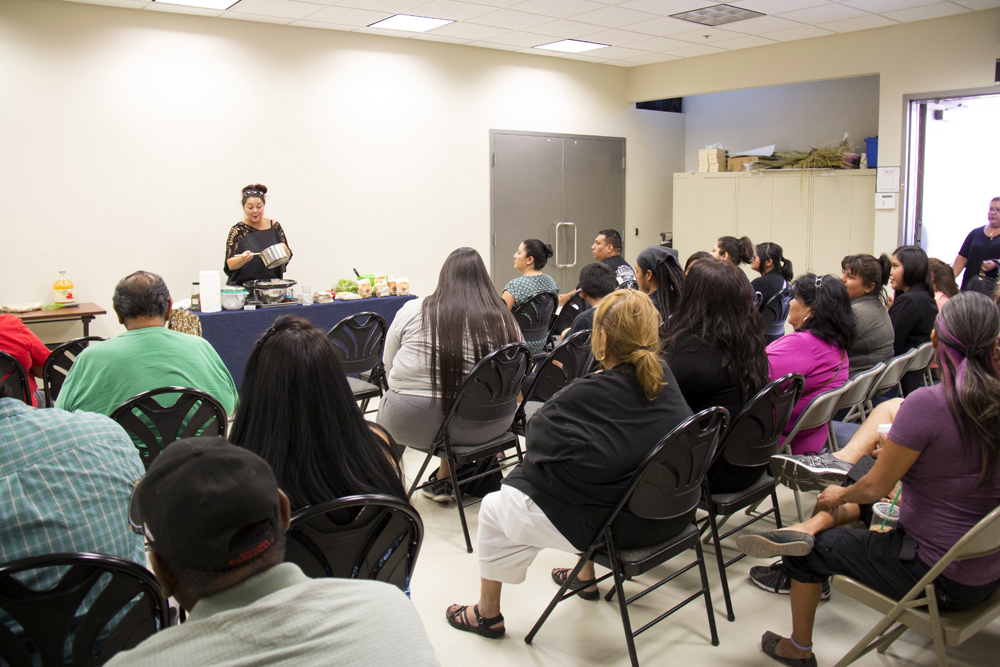 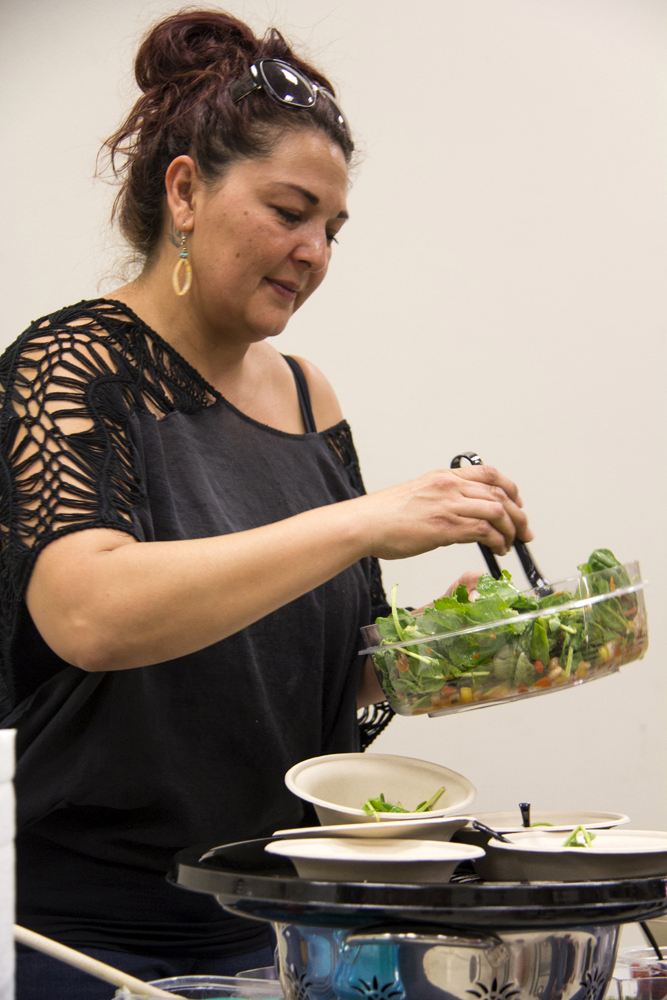