Fire Captain Jesse Zuniga, Gila River Fire Department, was recently given a distinguished award by Gilbert Fire & Rescue for his lifesaving efforts at a Lifetime Fitness in the Town of Gilbert.

On Jan. 1 Zuniga was exercising at the gym when he noticed that another patron had collapsed nearby.

Zuniga immediately recognized that the other patron was in cardiac arrest, and began giving CPR to the patient. Employees from Lifetime Fitness showed up and Zuniga requested an Automated External Defibrillator (AED), which was brought to him while performing CPR.

Zuniga then utilized the AED and shocked the patient, effectively restoring the patient’s pulse. The patient was breathing on his own and was starting to awake by the time that Gilbert Fire Department members arrived on the scene to take over. The patient was transported to the hospital and regained full use of his body and is alive today.

“We need more people like you Jesse, that understand the importance of community and helping your fellow citizen in their time of need,” said Deputy Chief PIO of Gilbert Fire & Rescue Mike Connor at the Citizen Heroism Award ceremony. 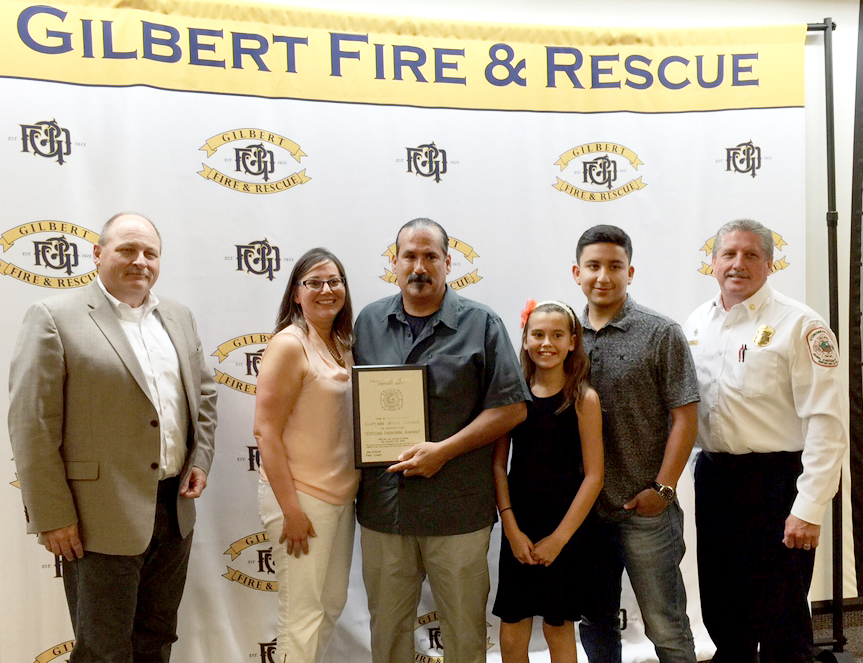 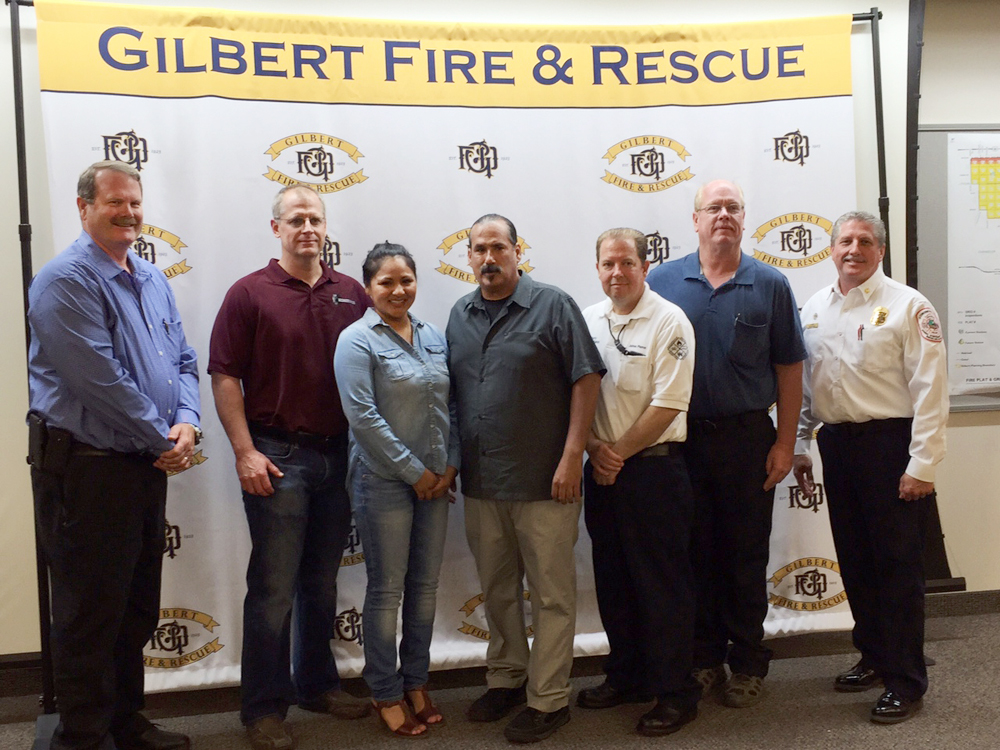