GRIN Articles > GRPD May COMPSTAT report, next meeting on June 23

GRPD May COMPSTAT report, next meeting on June 23

COMPSTAT is a crime data tracking system that helps law enforcement document crimes, visualize patterns in criminal activity and see how crimes relate to one another.

The Gila River Police Department holds regular meetings to review its COMPSTAT reports. The meetings are held every 28 days at the police department, usually on Thursdays at 2 p.m., and they are open for Community members who would like to sit in.

COMPSTAT reports run on a 28-day cycle. Cycle 5 of 2016 spans from April 19 – May 16. The data above show statistics Community-wide for Part 1 Crimes (violent and property crimes) and Part 2 Crimes (minor crimes).

Year-To-Date comparisons relate data from the beginning of the year to the end of the most recent cycle in this year and last year – i.e. January 2015 to this time last year compared to January 2016 to now.

Part 2 crimes that have seen a drop compared to this time last year: simple assaults, drugs, sex offenses, and weapons.

Part 2 crimes that have seen a rise compared to this time last year: disorderly conduct, drunkenness, and vandalism.

Part 1 crimes that have seen a drop compared to this time last year: rape, robbery, aggravated assaults, and burglary.

Part 1 crimes that have seen a rise compared to this time last year: homicide, theft, and auto theft. Last year there was one homicide in the Community between January and mid-May; this year there have been three.

One important note not visible from the Community-wide charts and graphs is that more than half of the 138 thefts in the Community this year are concentrated around the three casinos and the Phoenix Premium Outlets. The majority of all thefts are small items like cell phones and wallets left unattended. 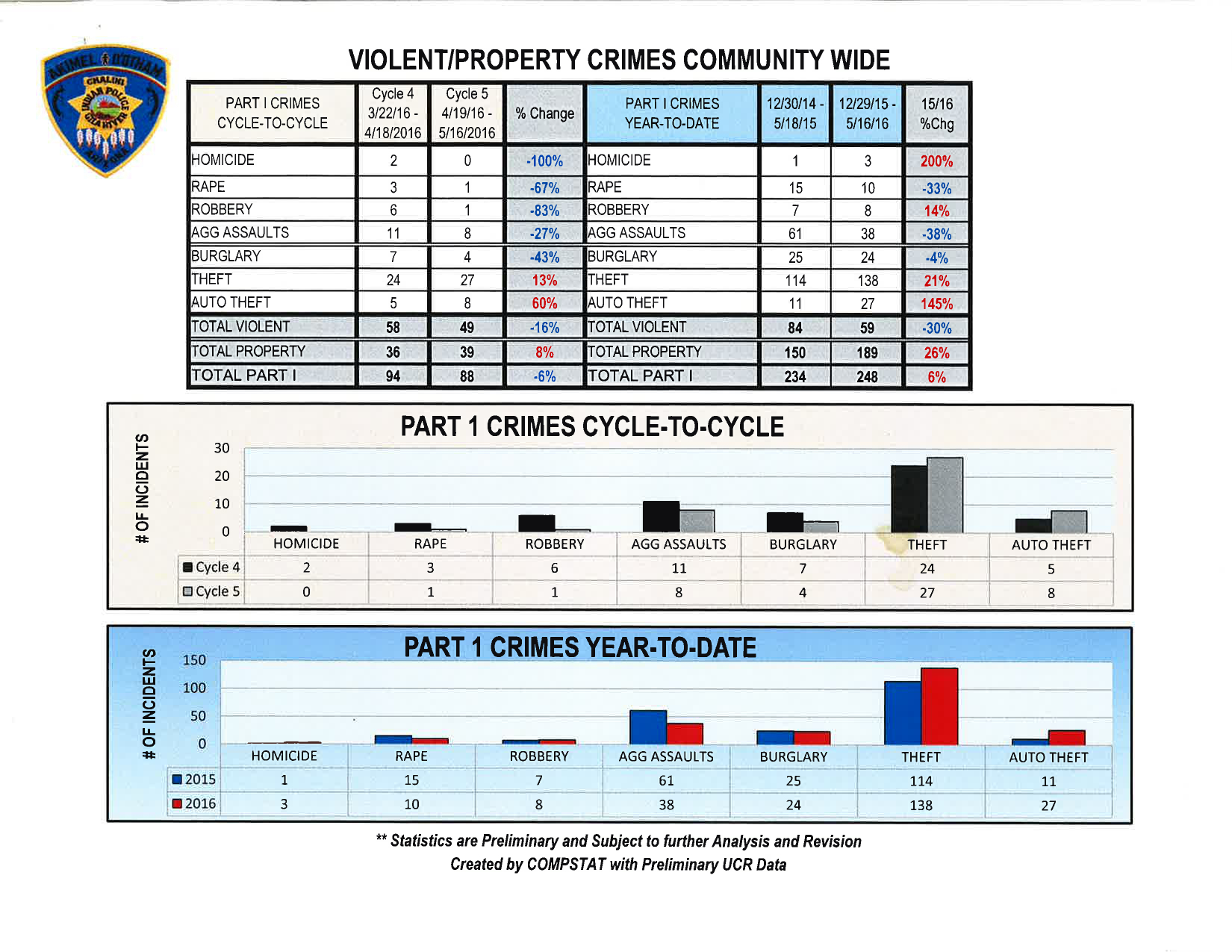 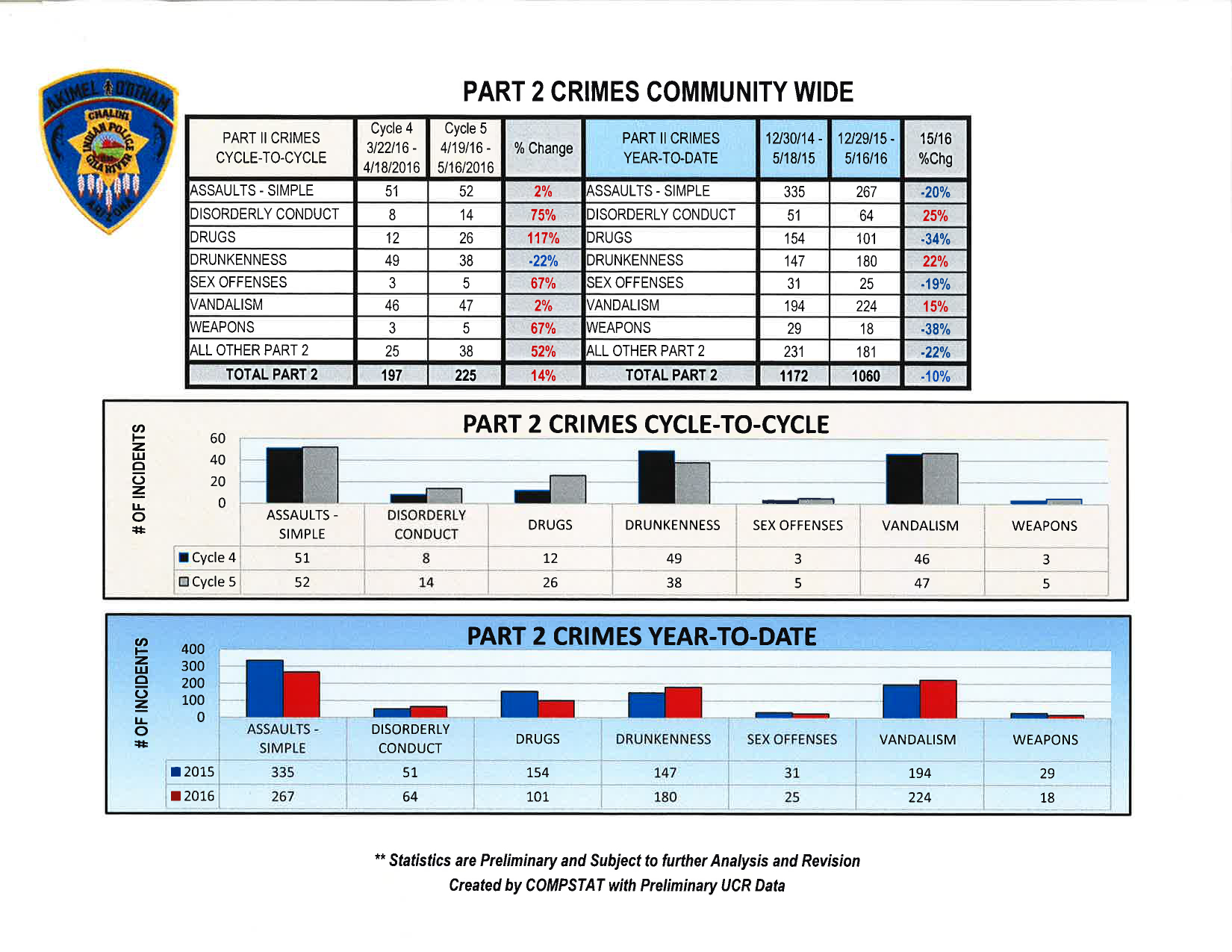