An aspiring high school graduate from District 6 is ready to start college later this year.

As high school finals and graduations are just about finished, the thought of what’s next in life makes for some important decisions to be made.

For Andreana “Lady” Medina the decision came quicker than most students her age.

She graduated at the age of 16 as a junior at the Chemawa Indian School in Salem Oregon on May 13.

At the time of her graduation, she received two letters of acceptance from Grand Canyon University and Arizona State University, but chose to attend GCU to pursue a Bachelor’s Degree in Secondary Education with an emphasis in math.

Medina’s mother, Brenda Lopez said her daughter has always had a desire to seek out opportunities, which led to her choosing Chemawa Indian School.

Medina said the whole experience of going to school out of state helped her grow personally and prepared her for college life.

“It’s also a good way to make yourself independent, because you do everything on your own,” she said.

Medina’s grandmother, Joyce Lopez also shared a similar perspective of how her granddaughter had grown.

“She’s a little more mature for her age and I’ve always trusted that when she puts her mind to it, things will work out,” Joyce said. “It’s very rewarding to see my granddaughter graduate and go to Grand Canyon University.”

Medina said the decision to attend GCU was based on her positive experience during a preparatory trip in which the school flew her back to Arizona to tour its Phoenix campus.

She said the tour gave her an idea about the school’s environment by allowing prospective students to spend a night in a campus dorm.

To top it off they got to see the school’s basketball team, the Antelopes, play a game at the GCU Arena.

According to her mother and grandmother, Medina expressed an interest in becoming a teacher, because she has worked with children before at the Komatke Boys & Girls Club and the Early Education Center as a summer Workforce Investment Act intern.

Medina said that she would like to go back to Chemawa Indian School to teach and help educate the younger generations of Native students.

She said being back in Arizona close to her family is a wonderful feeling, because now she can see them more often.

Brenda said the family is very thankful for the Community’s financial support, which made the family’s trip to see Medina graduate, possible.

Medina said having her family at the graduation was a special opportunity for them to get a peek at what life has been like for her while attending school in Oregon. 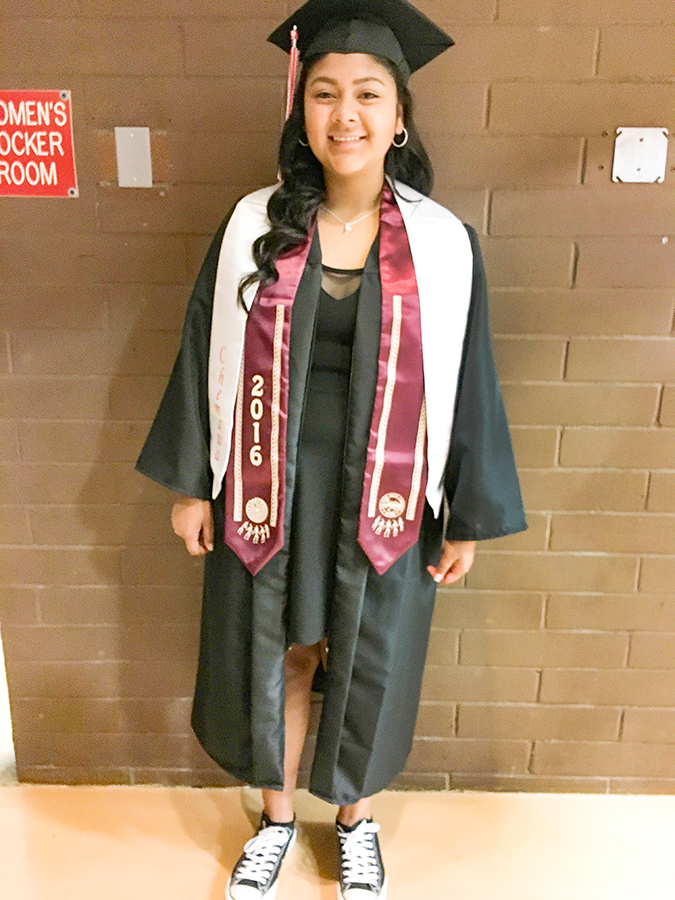 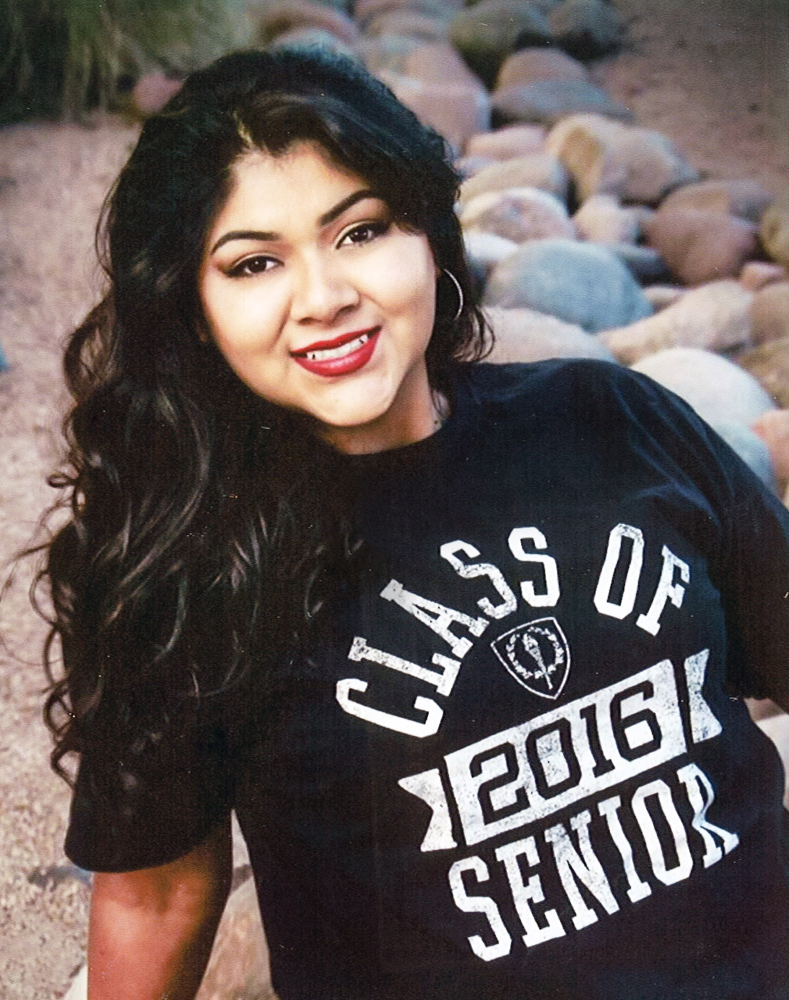