Among other nationalities, Drury is part Choctaw, Hopi, and Pee Posh. Her mother is Andrea Walterscheid from Maricopa Village. Briana is the first in her immediate family to graduate college.

Drury, 22, chose Ottawa University, in part, because they offered her a scholarship and a position on the softball team.

“I was a second baseman at the university,” she said. “I grew up playing the game and I really wanted to play it as far as I possibly could.”

She was also very involved in a number of school clubs such as the Biology Club, the Whole Earth Club, and the Braving Discipleship church camp, which brings high school students to the university for a weekend to teach them about college with a Christian perspective.

Drury graduated from Ottawa University in Ottawa, Kans. with a 3.68 GPA and a degree in exercise science.

“Now that I graduated I just took a position in Lenexa, Kans. as a clinical research technician,” she said. “I plan on doing that for a year and then applying to graduate school to be an occupational therapist.”

Occupational therapy requires a doctorate degree and a degree in exercise science is a stepping-stone to that. As a clinical research technician she is gaining necessary, valuable experience working with patients, doing lab work, vitals, and EKGs.

Drury enjoys coaching and helping others to live well.

Now that she is out of school, Drury enjoys spending time with her 2-year-old daughter and remaining close with her family in Wichita. 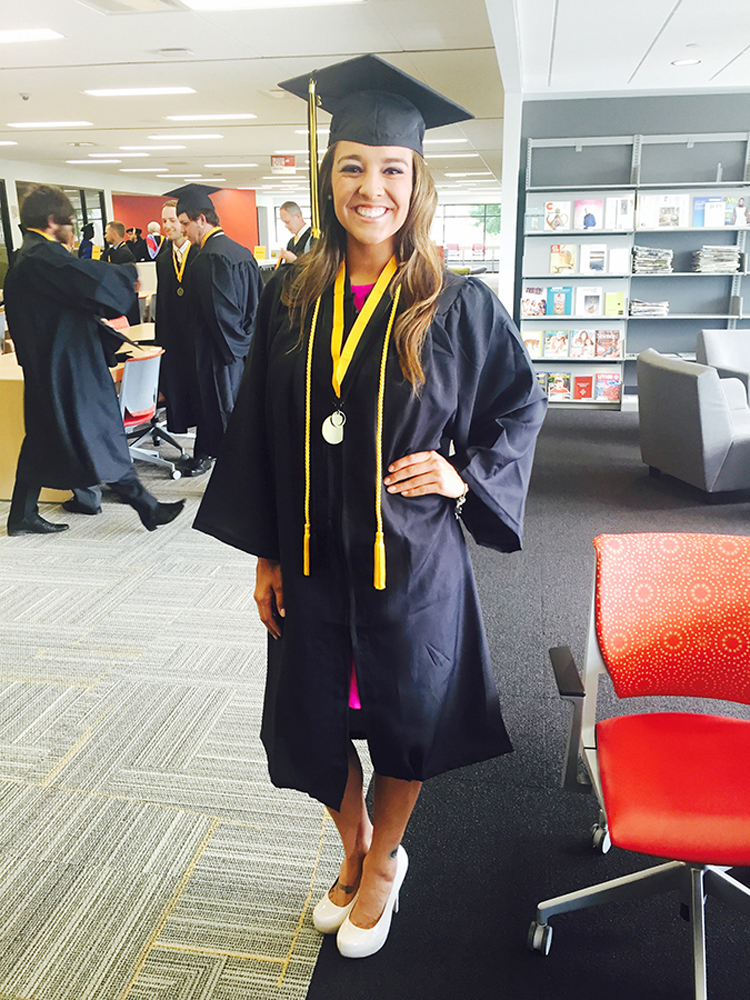