Language is a vital part of one’s culture and central to a people’s sense of identity. And it’s worth preserving.

Aiding them in their work is Dr. Lynn Gordon, a linguist and professor at Washington State University, who is working with Pee Posh speakers to develop the first ever English-Pee Posh dictionary.

“As a linguist, I feel a general responsibility toward language maintenance,” she said in a recent meeting with local language workers.

Gordon began documenting the Pee Posh language in the late 1970s as a doctoral candidate at the University of California – Los Angeles, where she met a woman named Pollyanna Heath, a Pee Posh from Maricopa Village in GRIC, who helped her with her research and documentation.

Gordon finished her Ph.D. in Linguistics in 1980 and later published her dissertation on the morphology and syntax of Pee Posh. She visited GRIC quite often in those days and met with Pee Posh speakers.

“I made a commitment when I first came to District 7 and they gave me permission to work here,” she said. The forthcoming dictionary is to be the fulfillment of that commitment.

Gordon is not a Pee Posh expert, she said; she can only speak technically about the language. The real experts, she said, are the people who speak Pee Posh and hold it in their minds – the elders.

Today, language workers at the Huhugam Heritage Center and in the Salt River Community’s Language Program are working with native and fluent speakers of Pee Posh to preserve and revitalize the language.

Language workers are not necessarily linguists, but they are the people who help document a language, create digital archives, do their best to break it down, develop ways to preserve it and find methods of teaching the language to others.

“We’ve been working with the Maricopa language for about two or three years,” said Luis Baragan of the HHC. But with the workshop, he said, “We want to get together everyone that’s interested or working on Maricopa.”

The Salt River Language Program staff work diligently on research, language development, archiving, programming, lesson plans and teaching – all in the name of preservation and promulgation of the O’otham and Pee Posh languages.

Kelly Washington, director of the SRPMIC Language Program, said in one meeting, that Gordon’s research, specifically her published dissertation Maricopa Morphology and Syntax, has greatly helped him and his staff understand and deconstruct the Pee Posh language.

Baragan said, “A lot of us, we’ve used the book, we know about the book...but we all had questions. We wanted to know more.”

The meeting was mutually beneficial – Dr. Gordon received input and direction on the creation of the dictionary from the local language workers, and the language workers from Gila River and Salt River got to speak with Gordon about her work.

There is no estimated date of publication on the dictionary yet, but Gordon and the local language workers will continue to work together to bring it to the people as soon as possible. 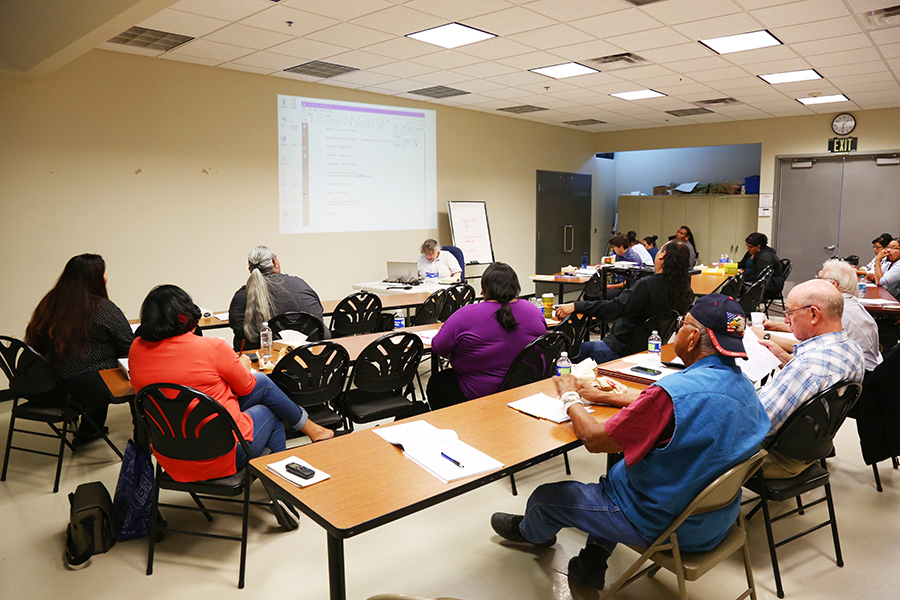 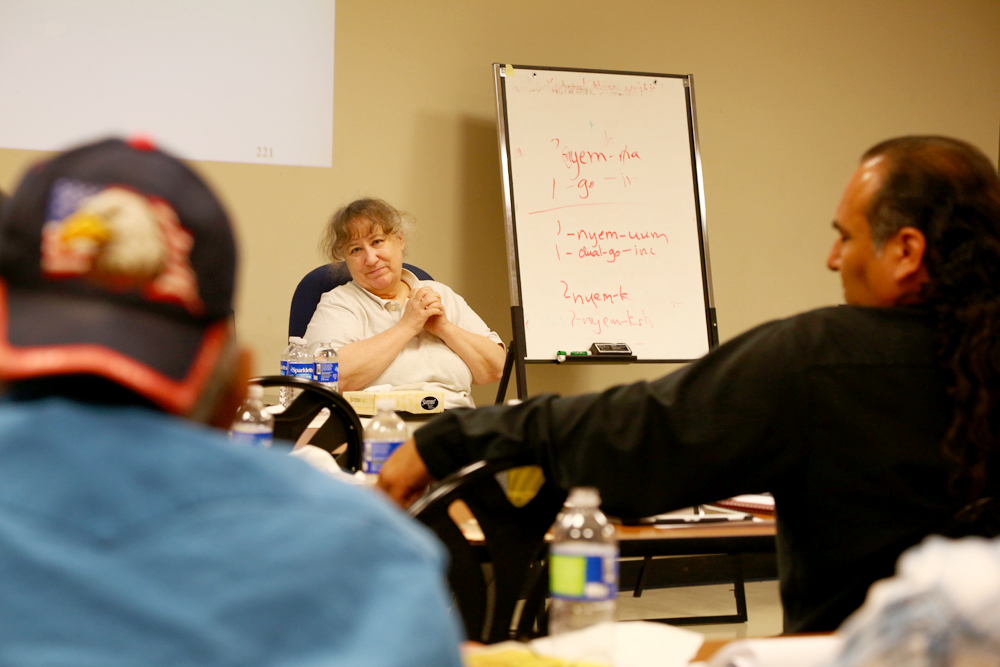