It’s going to be a little bit easier to find your way around in the Community, thanks to some fifth through eighth graders at Sacaton Middle School.

Twenty-four students cut, sanded, stenciled, and painted a number of wooden street name signs to go up in the Community.

The idea came from bus driver and teacher’s aide, Barbara Wilson, who said, “A lot of the kids don’t know what roads they live on. I think a lot of it has to do with” how we give directions on the reservation, she said.

It is well known in GRIC that directions are commonly given based on landmarks. For example, “Turn left at the big tamarack tree, keep going until you cross the canal, and turn right after the blue house.” Wilson said sometimes that’s how she gets directions to students’ homes.

“The only reason I know the names of the streets is because I have maps,” said Wilson. But, she added, “I’ve worked here for 13 years and I still have a hard time...navigating the reservation.”

Alexandra Washburn said, “It can be very difficult to get around if you’re not familiar with the area, so I really think that this project...will be helpful to, not only Community members, but people who come from the outside.”

The signs benefit the Community and the students had fun making them. Some kids connected with the hands-on work better than they do with classroom work, and the project felt more personal to them.

In a project presentation binder, the class wrote, “We noticed that most of the streets on the Gila River Indian Reservation do not have signs because of vandalism or other issues. Our class made signs for our streets to give back to the community. With the help of Mrs. Barbara Wilson, we were able to put signs on most of the roads so no one would be lost and always find their way back home.”

The signs will go up on streets in Districts 2 – 5, and have a layer of glow-in-the-dark paint so they should be visible even after the sun goes down. The GRIC Department of Transportation thanked the students for their hard work, and plans on having all the signs up in the coming weeks. 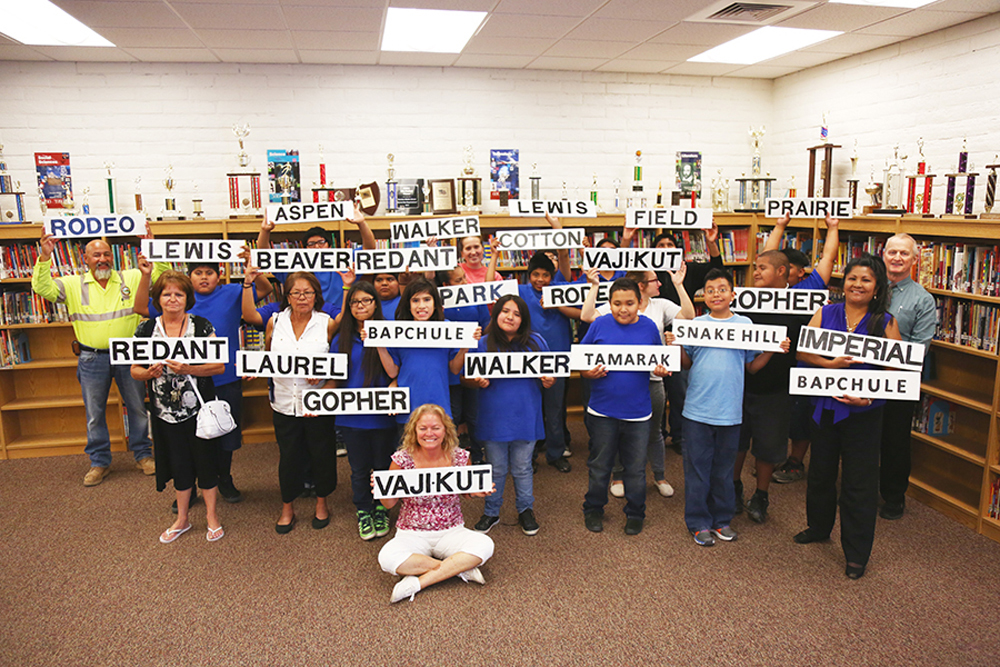 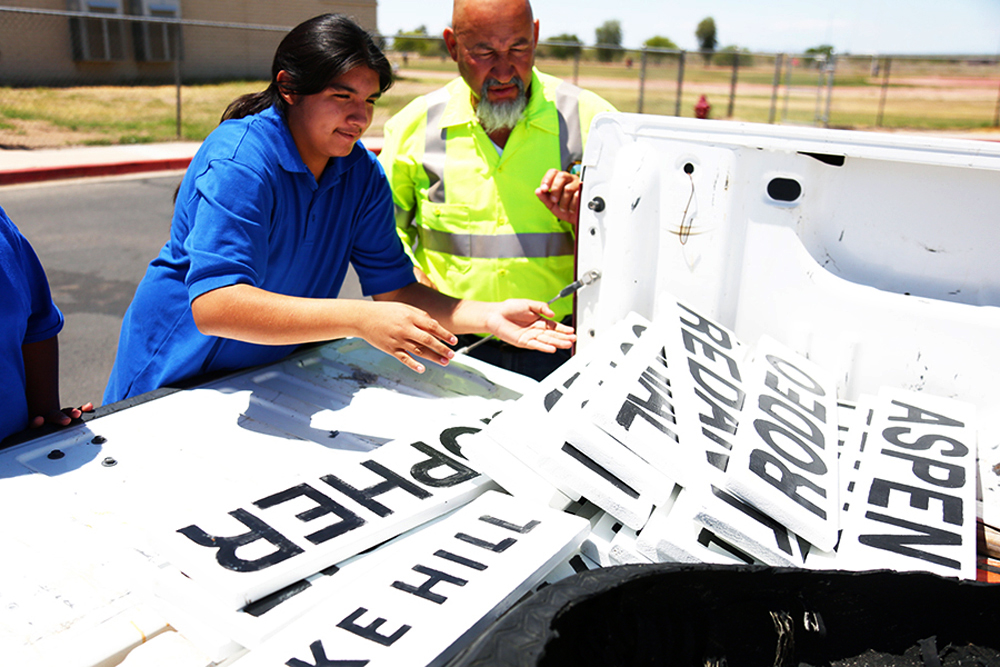 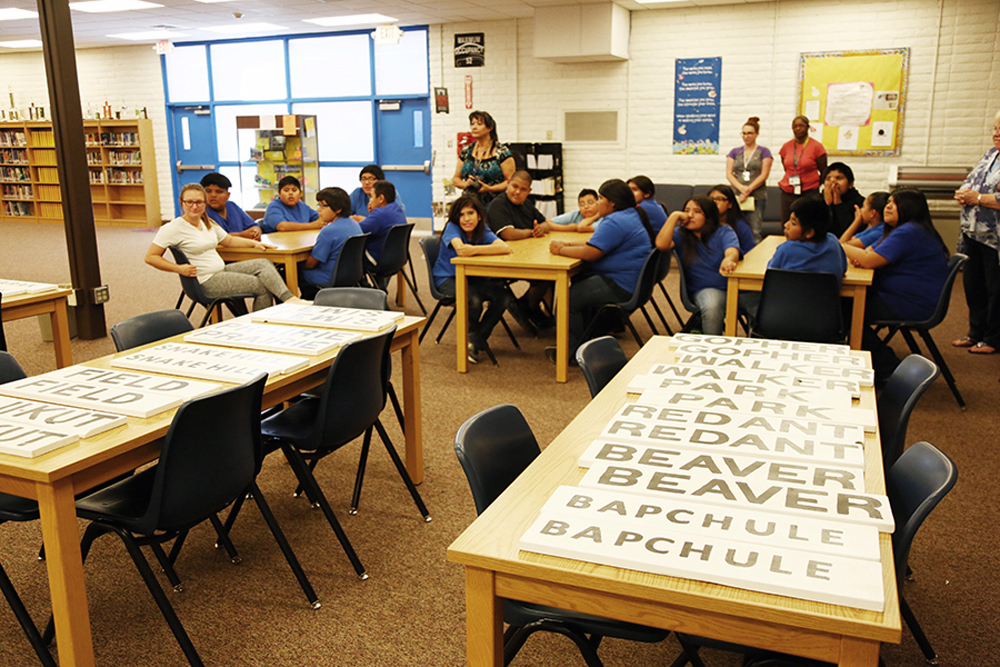 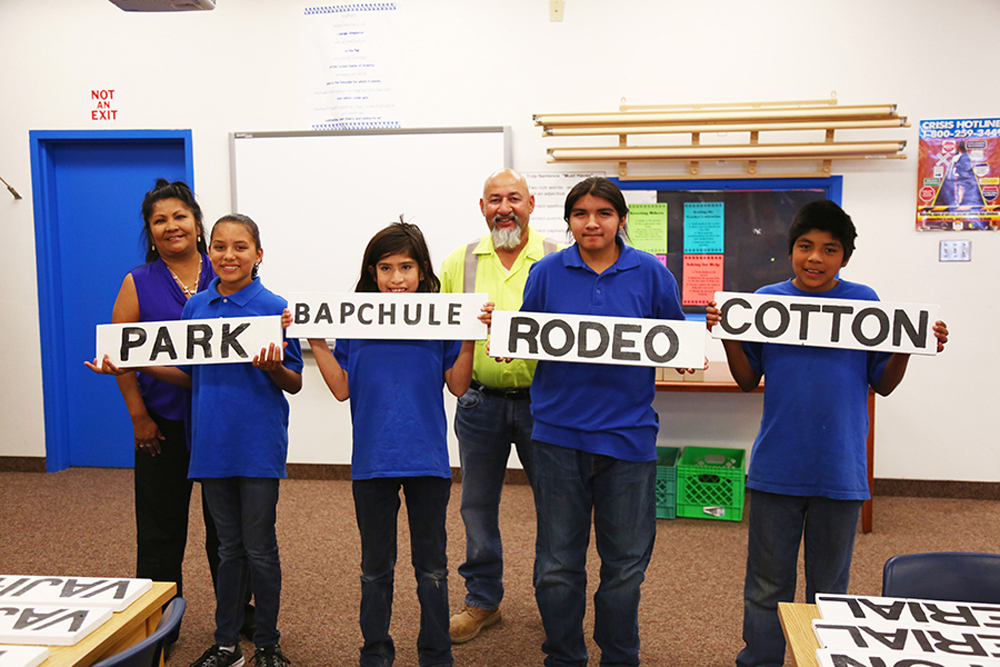