Tribal Education partners with U of A to help language teachers

The Tribal Education Department is boosting efforts to make the O’otham language accessible to cultural teachers at early education centers and schools across the Community.

Through a partnership with the University of Arizona’s American Indian Language Development Institute, TED hosted two workshops for Community members and cultural teachers at the District 2 Hashan Kehk Multipurpose Building on May 6 and 7.

The U of A offers workshops like these to other tribal communities as a means to offer “Critical training to strengthen efforts to revitalize and promote the use of indigenous languages across generations,” according to the AILDI website mission statement.

TED Cultural Coordinator, Anthony Gray said the workshops are beneficial, because it allowed the cultural teachers at seven of the Community schools and the Head Start programs to get a hands-on approach to using new teaching tools.

The University of Arizona representatives taught a class on the Microsoft OneNote application, which is used to record the language.

“It allows you to record words and take pictures that correspond with the object or thing in O’otham,” said Gray.

When the idea was first introduced to the elders from the Community, they were a little apprehensive about how it was going to be used and shared.

Once the details were explained regarding the app’s true intentions, the elders were supportive of the project and some of them even joined in on the effort.

“What [we] are doing is giving people a way to document [the] language, but we are not giving [it] away. It’s more or less used as a teaching tool,” said Gray.

Gray anticipated that the process will become more refined as they continue to use the app.

A neat feature about the app is that users can record a short audio clip of someone fluent in the language that can be attached to the object, word or thing being identified.

One scenario where the app may come in handy is when a cultural teacher is out in the field gathering information, they can utilize the app to document an object and forward that information to another individual to get a translation in O’otham within in minutes.

The Huhugam Heritage Center was also present to demonstrate how the cultural teachers can make and use pressed plants as a teaching tool.

Gray said, “Not only do we have the plant pressings. With OneNote we can pull information from the app and add it to a PowerPoint presentation to add to the learning experience of the kids.”

Gray said the whole experience has been an opportunity to learn a few new things and that it has been rewarding working with the elders on such an important project that may benefit all Community members. 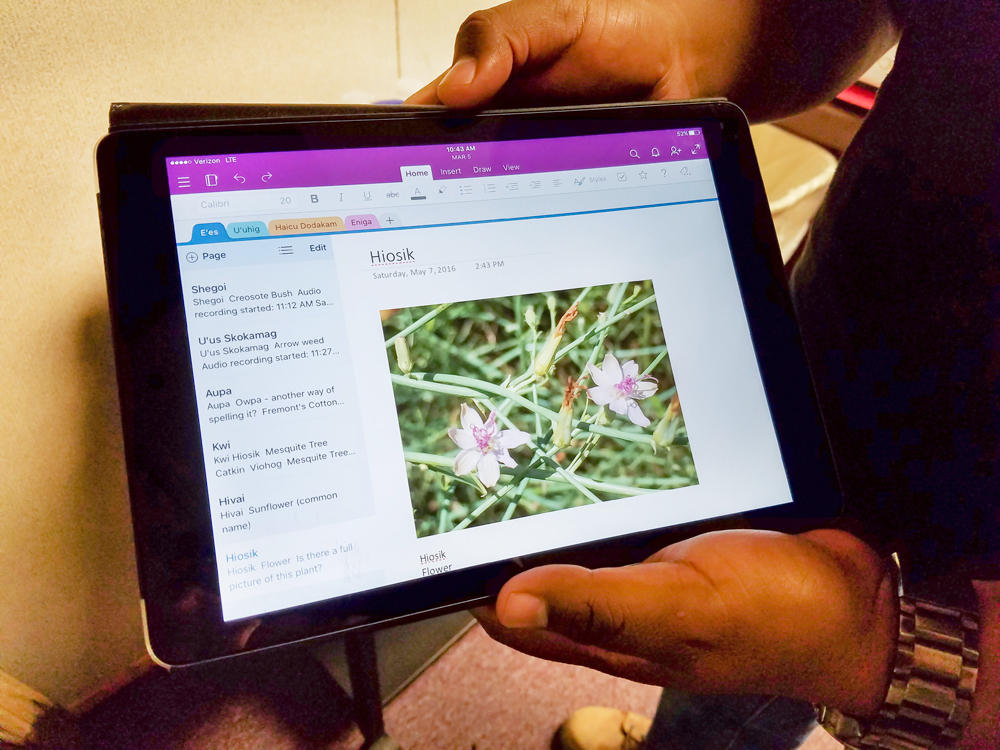 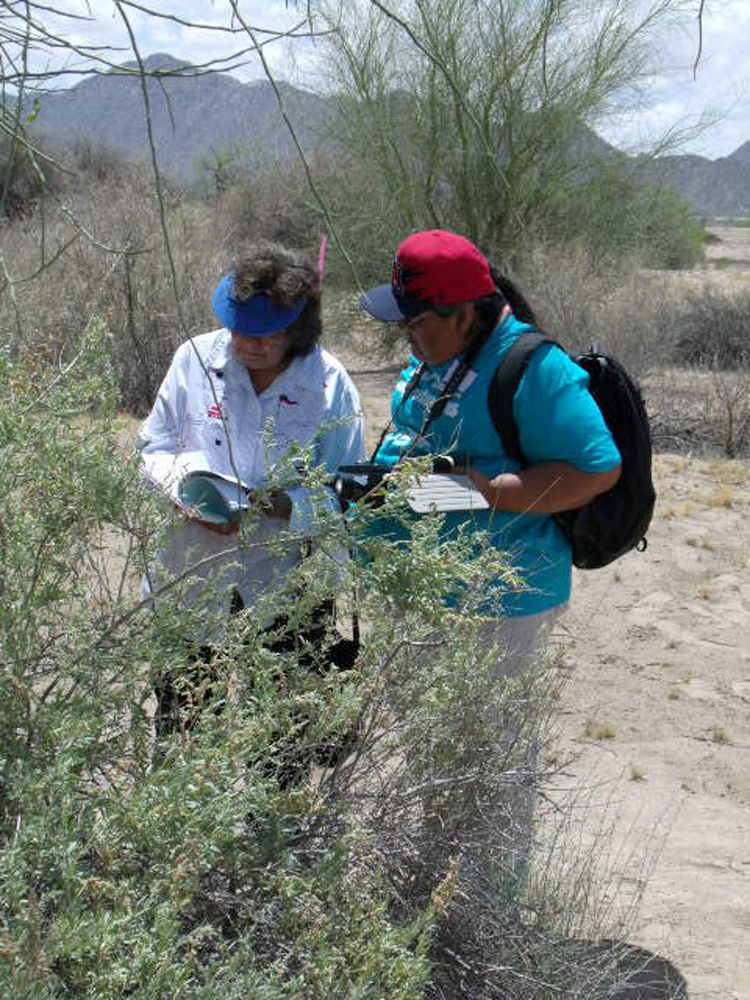