Police officers have a difficult job. They are entrusted to protect people, property and uphold the law, all the while serving the community in a noble and selfless role that often comes in contact with the more dangerous elements of society.

On June 10, seven Gila River Police Department officers made the decision to fill that role and serve the Gila River Indian Community.

Each of the seven officers took their oath of office and were sworn in by GRIC Chief Judge Victor Antone inside the Tribal Court building before a gathering of family, tribal leadership, and fellow officers.

Each officer, one after another, made the declaration, ““I…do solemnly swear, that I will support and defend the Constitution of the United States against all enemies. That I will faithfully and impartially carry out the duties of my office to the best of my ability. That I will promote and protect the best interest of the Gila River Indian Community in accordance with its constitution, bylaws, and ordinances. So help me God.”

During the proceedings Gov. Stephen Roe Lewis, Lt. Gov. Monica Antone, and District 5 Council Representative Marlin Dixon gave words of support to the officers and urged them to be safe as they head out on their patrols.

As the ceremony came to an end, Chief Judge Antone stood in front of the newly sworn in officers and gave them several words of advice.

“Every veteran officer here has made mistakes but they learn from their mistakes to not to repeat it. Follow every instruction from your [Field Training Officer] and you will be going home every night. Congratulations to everyone here. I truly mean it, you are part of the family now.”

While the officers have been sworn in and will begin patrolling the Community, they will continue their training for an additional 15 weeks.

“I’ve been sitting here and coaching them and being their contact point ever since they’ve been hired,” said Maroney. “I constantly talk about officer safety being paramount and that services to the Community is right up there with officer safety and community safety.”

“Words of advice [for the officers] is to be safe, have fun, go out there and do the job that you’ve been training for.” 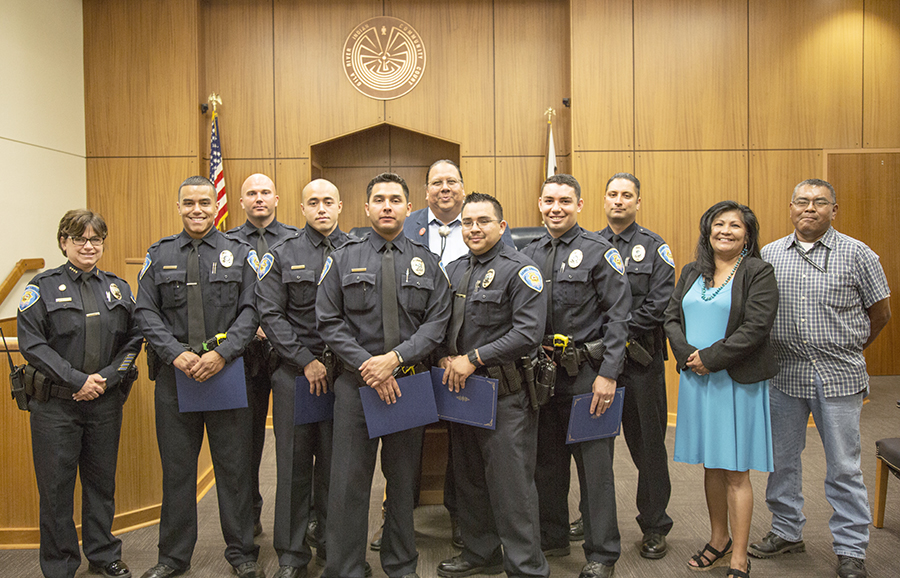