Gila River Indian Community veterans and their families gathered at the Anthony B. Shelde building for a special ceremony hosted by the Ira H. Hayes American Legion Post 84 on June 4.

The installation dinner is an annual event organized by Post 84 to swear in newly elected officers.

Outgoing Post Commander, Urban Giff of District 6, thanked members of Post 84 for supporting him during his tenure of service.

In handing over command of Post 84 to Chesley Juan Jr. of District 3, Giff reminded everyone about the importance of Post 84, to serve and assist families of veterans.

Before the new officers were sworn in, Post 84 member Tony McDaniel called for a moment of silence for the service members who are missing in action, prisoners of war or were killed in action during the course of the Vietnam War.

Members of the post placed a vacant chair at the front of the room, which was draped in a POW/MIA flag to remember their sacrifice.

In a statement by Post 84, it said, “[Our] members are better people for having served with Urban Giff.”

The guests thanked Giff for the 3 years of excellent guidance, leadership and direction during his time as Post Commander.

Giff said, “[We] exist to give honors to the veterans…especially [those] that have passed on. It’s a responsibility that we take very seriously.”

He said the post upholds the distinct honor to memorialize a veteran’s life for the actions they performed during the time of their service.

Outgoing Auxiliary President, Yvonne Davis said, “It wasn’t only me…it was all of the ladies that gave time to support [our] veterans.”

She has served as President of the Auxiliary for six years, owing a lot of the groups progress to her fellow ladies, who supported a lot of the group’s activities and will be handing her charge over to Carletta McDaniel.

Davis compared her experience with the Auxiliary, to being part of a bigger family, because they have formed a close bond in supporting the Community’s veterans.

The American Legion Department of Arizona, Vice Commander of Area B, Michael Thelen, swore in the new officers, commending them for their steadfast work upholding the mission of the American Legion.

“We serve as equals and all aim for the same goals and principals, for justice, freedom, democracy and loyalty,” said Michael.

The former Arizona American Legion Auxiliary President, Mary Lou Thelen, swore in the new auxiliary officers, which share many of the responsibilities as their male counterparts.

Mary said the success of the Auxiliary Unit depends on each and every member’s contributions for maintaining support for all post functions.

“Great trust has been placed on [you], to lead the Auxiliary Unit 84 and to support the American Legion,” she said.

“They will lead [us] to the bigger and brighter things that are possible…we have come a long way together,” said Giff. 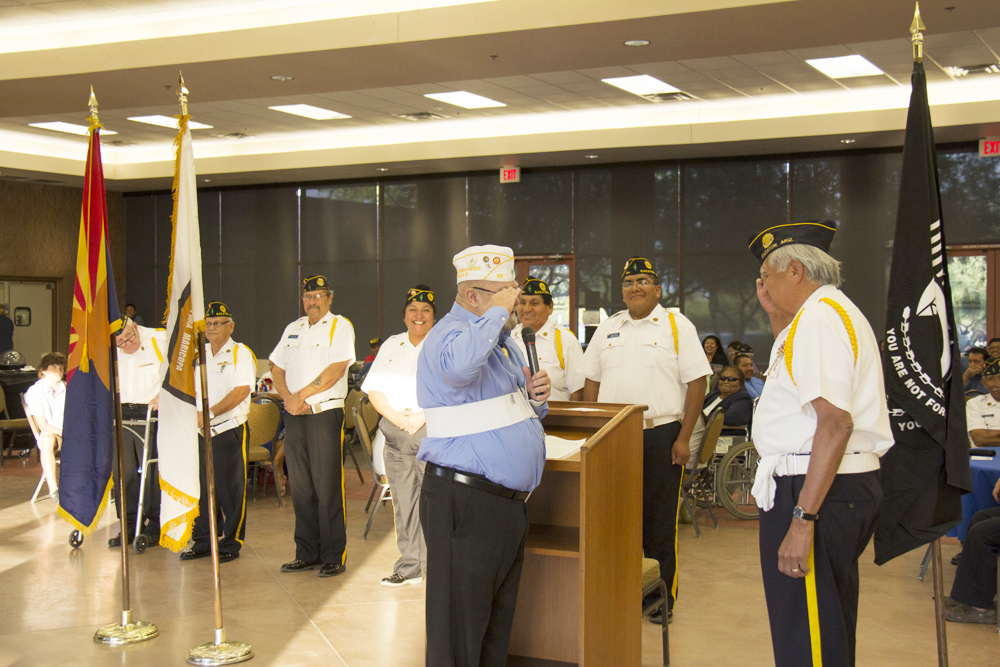 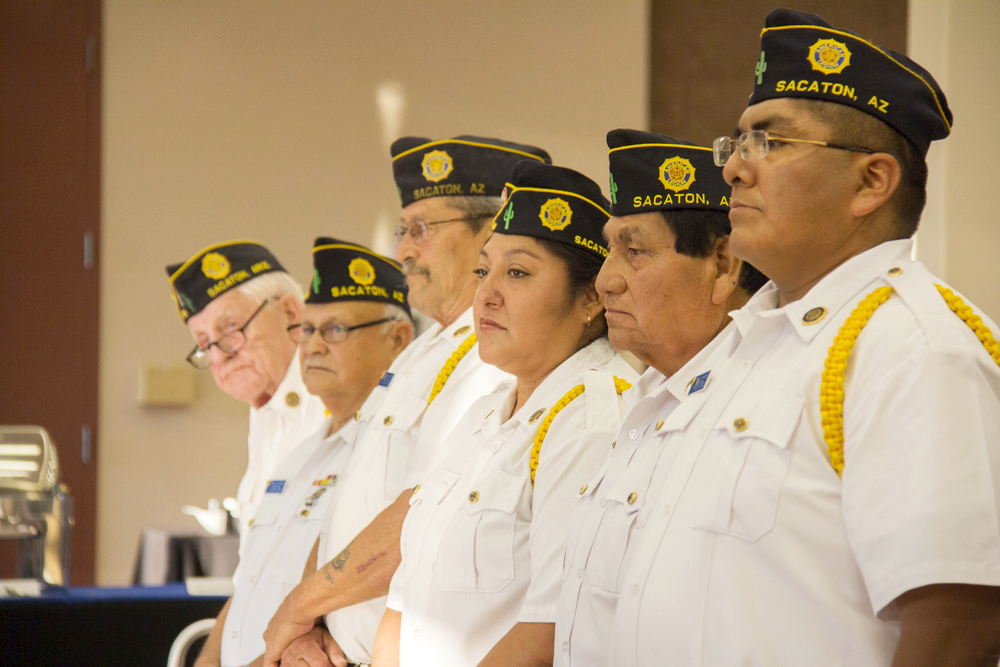