During a meeting held in the District 5 Vah-Ki Multipurpose Building gymnasium on June 10, a local organization, with chapters across the United States, is sought input from Community veterans on a project that would recognize the contributions of American Indian servicemen and women during the Vietnam War.

Representatives from the Operation Welcome Home of Arizona, delivered a presentation on the planned construction of the AZ Wall Project.

“[Your] voice is very significant. [We] want to incorporate [your] thoughts and opinions into [our] Veterans Park,” said Rigler.

The site of the veteran’s park will be located in the City of Gilbert, near Warner and Gilbert Road and will offer free admission to all visitors.

The project will include a monument dedicated to Arizona’s American Indian Vietnam veterans as a tribute to their patriotism.

Wall project team board member, Crystal Reidy, provided an overview of the project.

“It will be built for everybody. It’s representative of different cultures coming together to honor [our] veterans,” said Reidy.

There are no specific dimensions for the addition to the veteran’s park, and the design will be based on the feedback OWHA will collect from tribal veterans.

On the other hand, the replica of the Vietnam War memorial will measure 360 feet long and 8 feet tall, which is an 80 percent scale version of the original wall in Washington D.C.

The O’otham Veterans Celebration Committee coordinated the meeting for veterans to come and hear about the projects details, and to provide feedback on the purposed American Indian addition to the veteran’s park.

The park will feature other monuments dedicated to veterans of past and present wars, including the global war on terrorism.

The park will include an education center, veteran’s services offices and amphitheater for public functions.

Oscar Urrea, a Vietnam veteran and a member of Haskell Osife-Antone Post 51, originally from Morenci, Ariz. is commissioned to create bronze sculptures of an eagle and the “battlefield cross,” which is used to represent fallen comrades.

“It honors me that I can do [this] in my best way to honor all of [our] servicemen and women that are in the military,” Urrea said.

OWHA plans to use their own financial resources to construct the park and memorial as a way to officially welcome home Vietnam veterans.

The replica of the wall close to home allows veterans and family members to view the wall without having to worry about the burdens of traveling to Washington D.C. to visit the original memorial.

Like the original wall in Washington D.C., it will be a permanent structure that will have the names of those killed in the conflict.

Many of the veterans in attendance had recommendations for Rigler and the wall team.

The questions ranged from building costs, funding sources, if there will be input from other tribes.

Reidy said, “[We] need all of the different tribal communities to tell us what is important to them.” 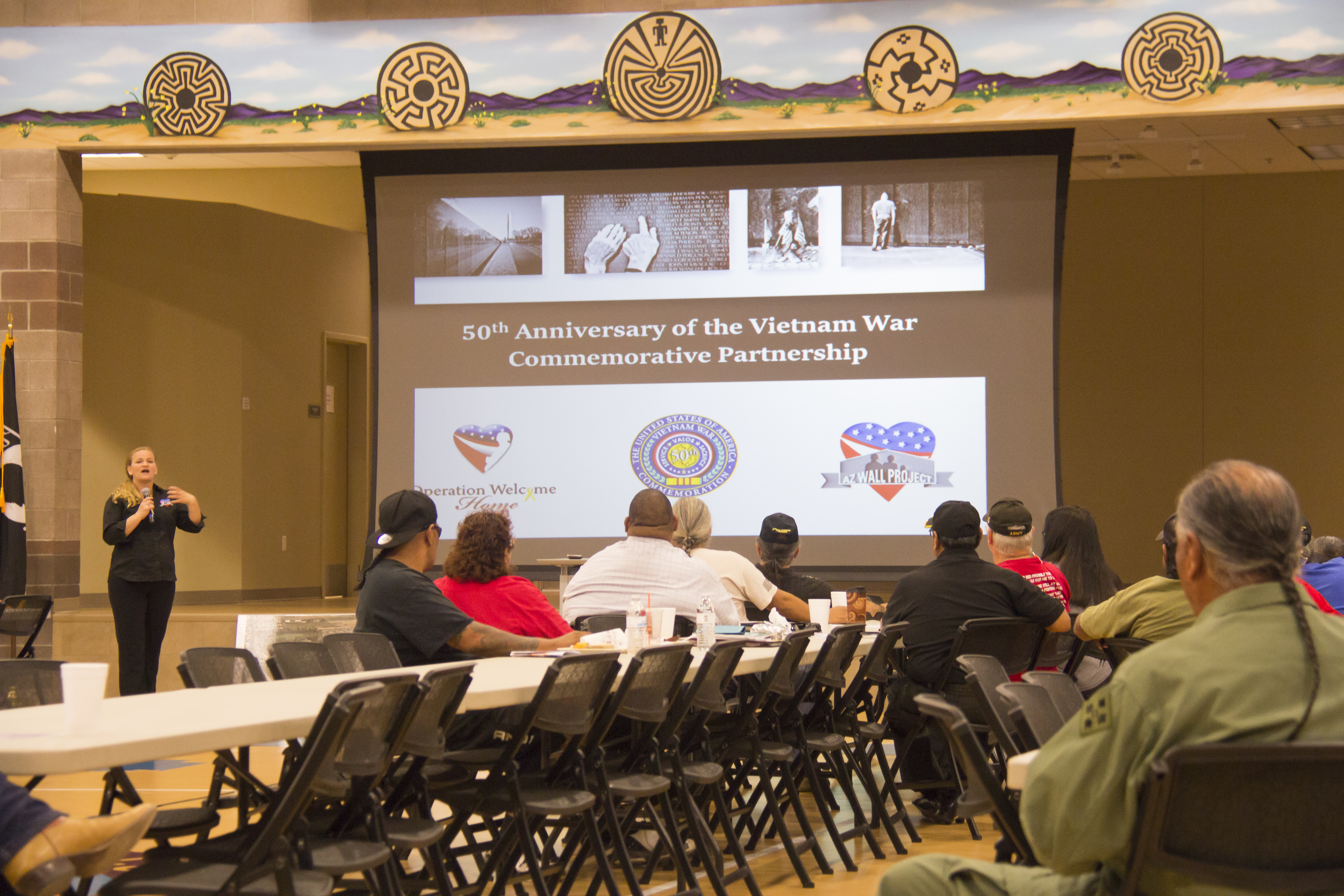