Another well-deserving member of the Gila River Indian Community’s workforce won the coveted Governor’s Employee of the Month award.

Ronnie Cheater, Department of Public Works, was named the January Employee of the Month at the Quarterly Management Meeting, Friday, Feb. 19 at Council Chambers in the Governance Center.

Cheater, a Utility Tech II, was nominated by Crew Leader Raymond Rodriguez. In his nomination form, Rodriguez described Cheater as a selfless employee whose dedication is always on display. “He always puts his Community and others before himself without asking for anything in return,” wrote Rodriguez.

Cheater’s co-workers filled up several rows in Council Chambers as he was presented with the award by Lt. Gov. Monica Antone to much applause.

Nomination forms for Governor’s Employee of the Month are due the 20th of every month. 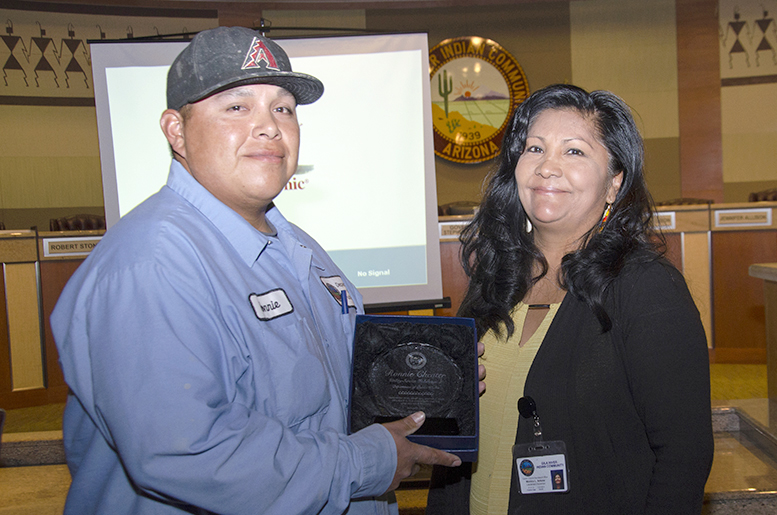