Start By Believing is a campaign started by the End Violence Against Women International organization to bring awareness to under reported crimes like sexual assault.

The Gila River Police Department is working to make the Community the next location and the first tribal nation to recognize the Start By Believing campaign through a proposed signing of a tribal proclamation in April, which coincides with Sexual Assault Awareness Month.

It is anticipated that support will increase for awareness about sexual assault.

Detective Tyesha Wood and Officer Ashley Pina have started educating various departments and stakeholders within the Community about the campaign.

Wood said, “People are quick to ridicule the victim and sometimes it re-victimizes the person.”

Start By Believing focuses on reversing the negative connotations in addressing sexual assault.

More importantly, it is recommended for people to educate themselves about Start By Believing and the kinds of information they provide that may be helpful in the event they are a victim or have someone report a crime to them, especially for those who work in public safety, medical and social service departments.

The website www.startbybelieving.org contains education materials and videos of case scenarios to understand the scope of the problem, but know how to help raise awareness about sexual assault.

During the month of April GRPD wants to work with the Crime Victim Services because it is Sexual Assault Awareness Month and will have events planned around the subject.

According to Pina, “It’s all about empowering the victim and to encourage them to seek the appropriate treatment if a sexual assault occurs,” she said.

Start By Believing is known around the world for advocating for prosecution in sexual assault cases.

One of its goals is to push for better support systems on behalf of victims of sexual assault and to spread the awareness.

The campaign’s outreach includes information on how reports of sexual assault are handled by police investigators, medical staff and family or friends.

“Most people don’t know that sexual assault is a form of domestic violence and victims may not even put the two forms of abuse together,” said Pina.

The message End Violence Against Women International wants people to know is rape victims are not just “crying wolf.” Negative stigmas associated with sexual assault include the misperception that victims are responsible for being assaulted and even accused of behavior that leads to assault.

Wood said, “Hopefully with the starting of a campaign in the Community it will set a precedent to change the negative attitudes about it.”

Billboards, posters, pamphlets and a logo are some of the ideas that have been discussed to get the wheels moving around spreading the awareness.

Pina emphasized awareness campaigns as an aid in reporting sexual assault crimes, “The message is to let victims know there is a support system in place, because it needs to be brought to the surface and not be a hush-hush issue.”

She said the more understanding people are of the victims, the more they are willing to report a crime.

Reporting a sexual assault incident doesn’t always start with the police, but more likely a friend or family member.

As Pina stated, the message is to tell someone to prevent the perpetrator from committing more acts against victim.

Individuals can contact the GRIC Crime Victim Services at 520-562-4106 to seek assistance or in an emergency call your local police department.

Gila River Police Department Officers show a pledge of support for victims of sexual assault through the Start by Believing awareness campaign. 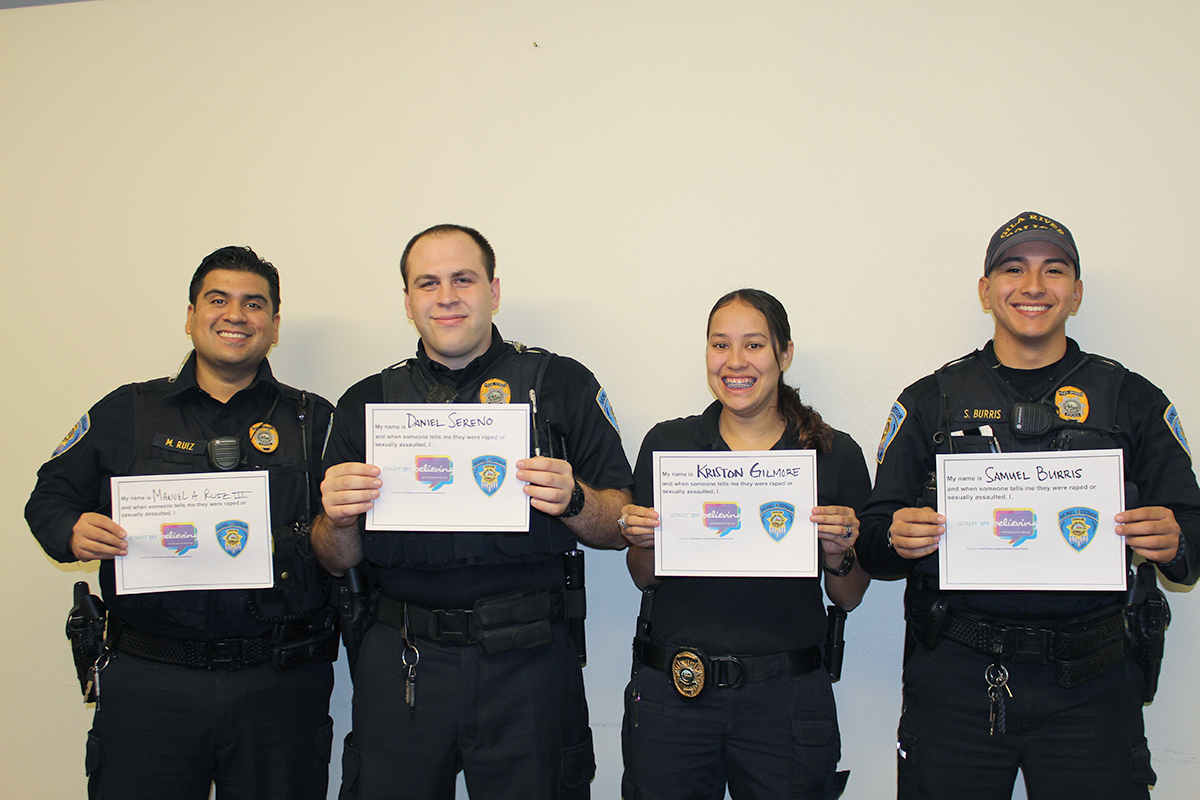 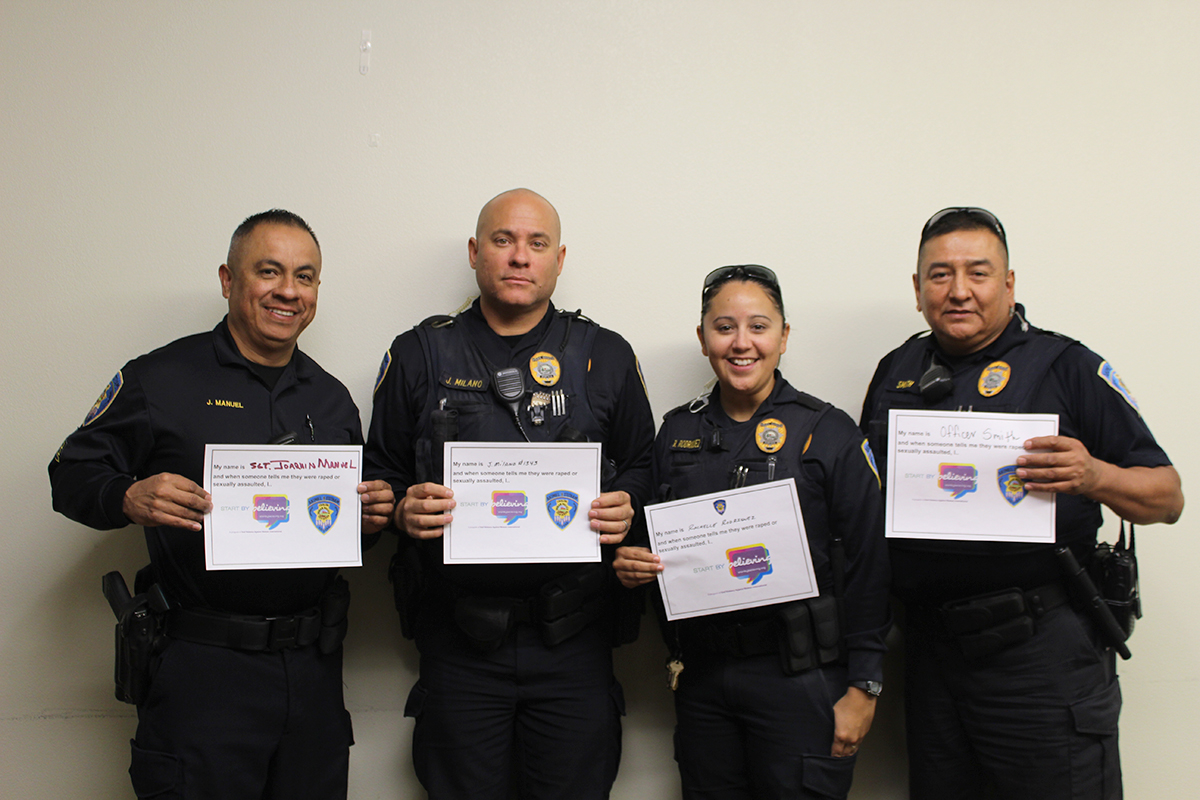