GRIN Articles > Students show off their stuff at science fair

Students show off their stuff at science fair

Students from Community schools put their mental power to the test when they competed in the Science Fair on Feb. 25 at the Vah-Ki Multipurpose Building.

The event showed off the bright minds of GRIC students and was sponsored by the Gila River Sand and Gravel Corporation and was organized by the Gila Crossing Community School Science Technology and Engineering Instructor Karen McQueen.

With the assistance of Sacaton Middle School Science Teacher, JoEllen Kinnamon, the competition has grown in size and includes a broad range of science projects on display.

McQueen said the event has taken off in recent years and received a total of 93 science projects this year.

“I was looking at engineering projects and thought it would be pretty cool to do a project on static electricity,” he said.

He pointed to his scatter plot chart to explain his hypothesis, which he explained was proven correct because the experiments he conducted at school involving a silk tie, rubber band and balloon helped him achieve the predicted results.

The concepts and thought process that goes into each of the science projects gets students thinking about what is possible, such as a career in science and engineering.

He said, “It was an idea that I came up with, because I wanted to enter a science project this year on something that interested me.”

St. Peter student Aram Terry, eighth grade, said his strongest subject in school is science and math. But like most teens he enjoys playing video games.

Terry said, “I like playing games, but I thought it would be cool to do a study on how playing games affects [your] grades in school.”

He said depending on the amount of time played, it could affect the grades you get in school.

“Some of the people I got to participate did good, from A’s to B’s, so I was able to present them in my project,” he said.

Judging for the science and engineering fair is based on a score of one to ten in six categories: the scientific process, creativity, skill, thoroughness, clarity and dramatic value.

McQueen said the students have a lot of potential and that it is not too far-fetched to think that they could even be one of the few to travel to the planet Mars, because anything is possible. 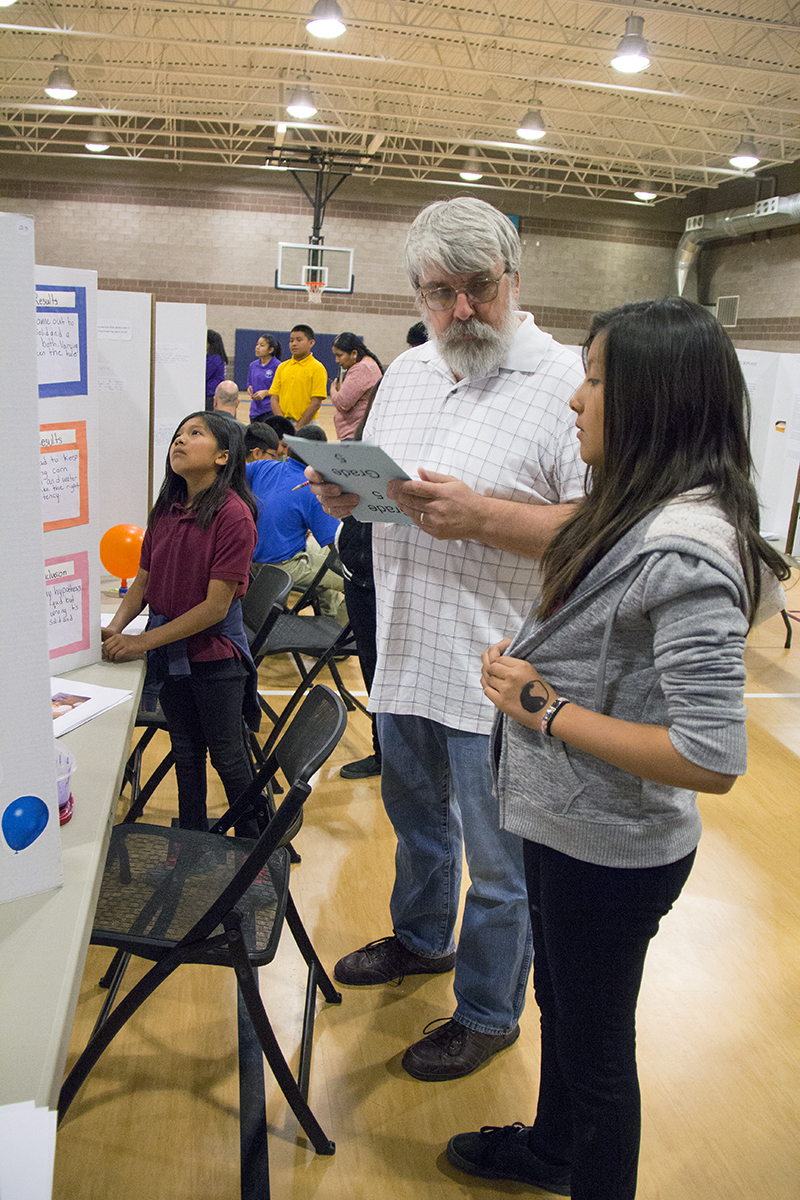 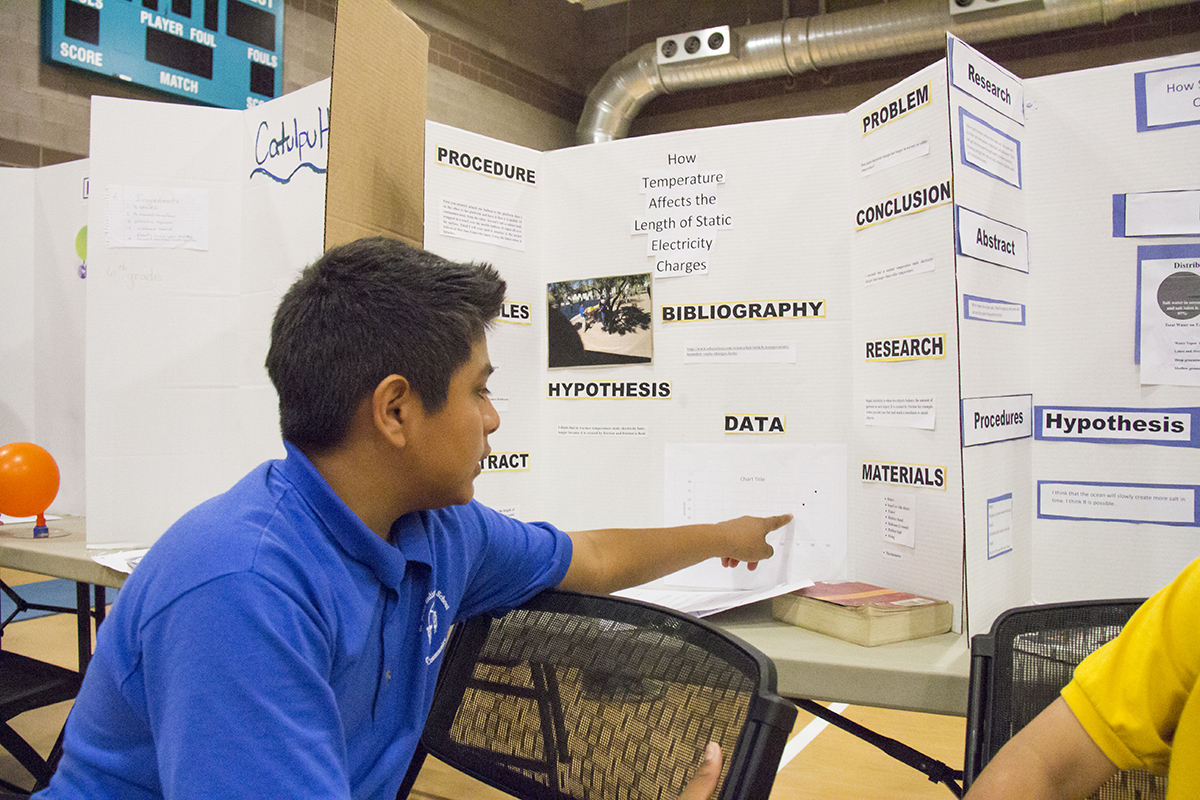 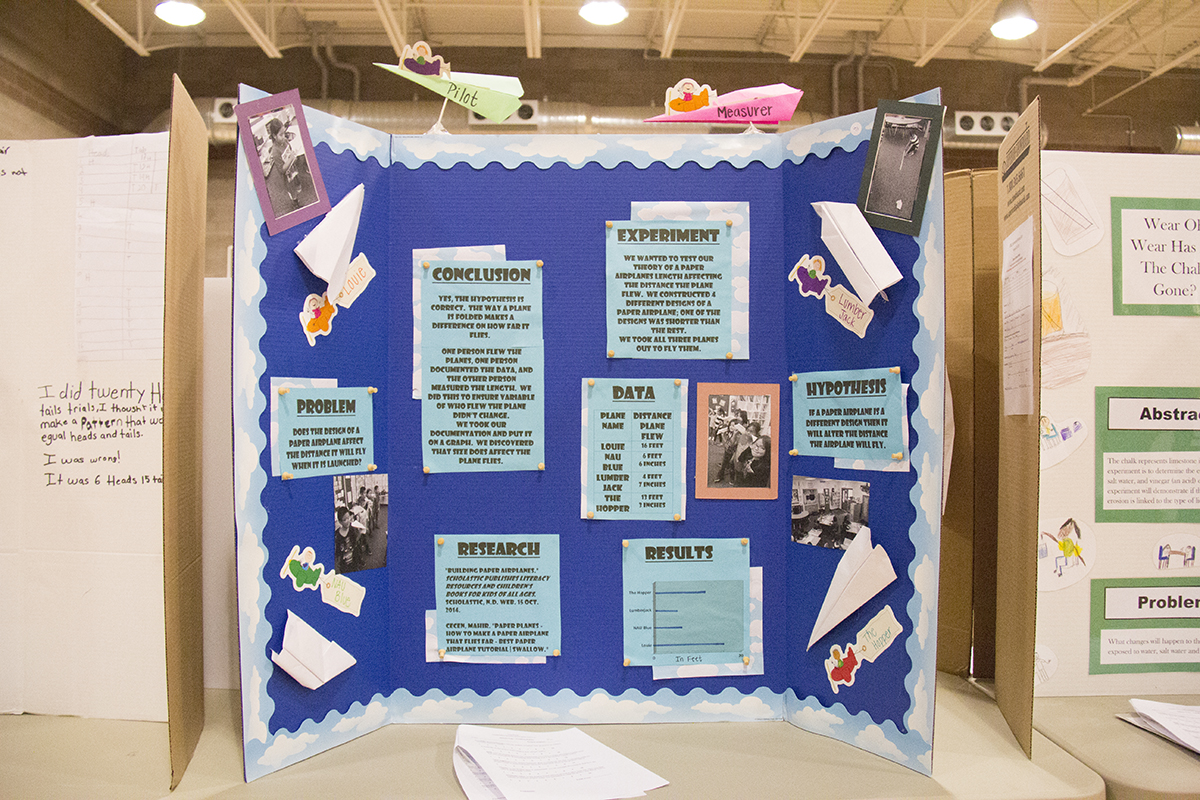