Every year a new class of young women takes up the mantle of ambassadorship and are given the opportunity to experience the Community in a unique way, while learning about its history, culture, people, government, and intertribal relations.

Both pageants began with a fun opening number featuring all five contestants dancing to “We Will Rock You” by Queen, choreographed by Bianca Hernandez, Casa Grande Union High School’s Miss Amerind First Attendant.

As always, the pageants highlighted contestants’ depth of cultural understanding with a traditional attire segment and a traditional talent portion called the Time Honored Presentation. Each contestant also demonstrated poise under pressure in the impromptu questions. Miss Gila River contestants were given the added challenge of delivering a Contemporary Presentation.

Dosela wore a two-piece muslin dress made by her mother with an aqua blue water design to represent the river, and wore shell necklaces and earrings given to her by her brother.

Mark wore a formal traditional two-piece dress in lavender purple to honor her family members and everyone who has battled with cancer.

Copperfield wore a traditional two-piece O’otham dress of purple to pay homage to her late grandmother, Darlene Jackson, adorned with stitched basket designs, Pee-Posh pottery and a river design. In her introduction, she said that if chosen, “My platform is to preserve our culture in our modern society.”

During the Time Honored Presentations, each young woman featured traditional aspects of their culture. Dosela sang the Quail Song and had some assistance from backup dancers; Mark did a dance depicting the coming of rain clouds and the monsoon season; and Copperfield sang the Blackbird Song with an assistant playing the gourd in the background.

Before announcing the winner, Charisma Quiroz, Jr. Miss Gila River 2015-2016, gave a big thanks to the Community, her family and the royalty committee for their support and guidance throughout the past year. The committee presented her with a parting gift of flowers and artwork by District 7 Paul Molina, and she led a social dance to say farewell.

When the scores were all tallied up, Deirdre Copperfield was crowned Jr. Miss Gila River. She demonstrated wonderful grace and poise in her acceptance speech, saying, “I want to thank everybody. This year we’re going to grow close…I can’t wait to create more memories. Thank you.”

Pageant weekend picked up the next day with the Miss Gila River pageant, starting much like the previous night but with some more experienced contestants.

The Time Honored Presentation is one of the more challenging portions of the pageant because contestants are required to demonstrate knowledge of O’otham or Pee-Posh culture.

Apkaw put together a ku’ipad or harvesting stick made from the ribs of saguaro (hash’an) that is utilized by the O’otham people to pick saguaro fruit (bihidaj). She said harvesting is a good way to learn about O’otham culture and foods and it has always been a way for the O’otham to connect with the environment and for the nourishment of the bihidaj.

Huerta laid out a table adorned with the squaw berry bush, which sprouts small cherry tomato-sized grapes during the spring season. She said that most people look at the squaw berry bush and never realize that it can be of nutritional value and explained how it is used for the coloring of baskets, dresses and is useful as an antioxidant.

In the Contemporary Presentation, Apkaw performed a cover of Grandpa (Tell Me ‘Bout the Good Old Days’), by The Judds, while Huerta showed off her talent for fashion by having models wear traditional dresses she made.

“I knew that I could be true to myself and show young women that higher education is possible and achievable,” said Whittington. Most of all she cherished her experiences meeting the youth, elders and the many people she encountered.

Gov. Stephen Roe Lewis said, “She [represented] the Community with an incredible amount of poise,” and she has inspired younger generations of O’otham and Pee-Posh women to be leaders.

When the votes were tallied in the Saturday contest, Apkaw was chosen as the next Miss Gila River.

Apkaw currently attends Tohono O’odham Community College and will transfer to Arizona State University in the fall to study Anthropology. Her platform emphasizes health and wellbeing in the Community through positive influences that can be incorporated into everyday life.

In delivering her acceptance speech, Apkaw was overjoyed and said, “I want to thank everyone for attending and I will do my absolute best in representing the Community.” 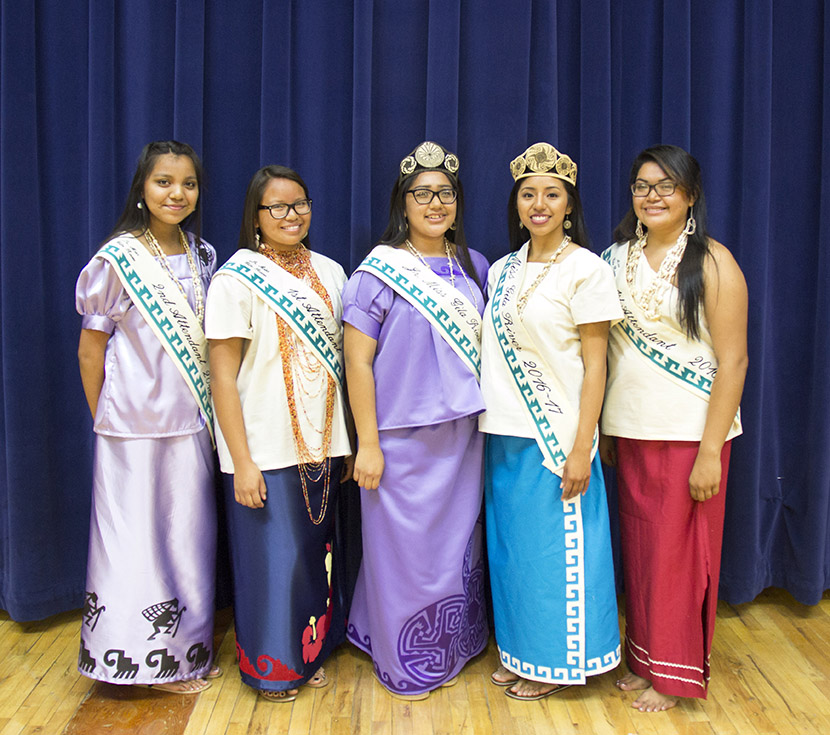 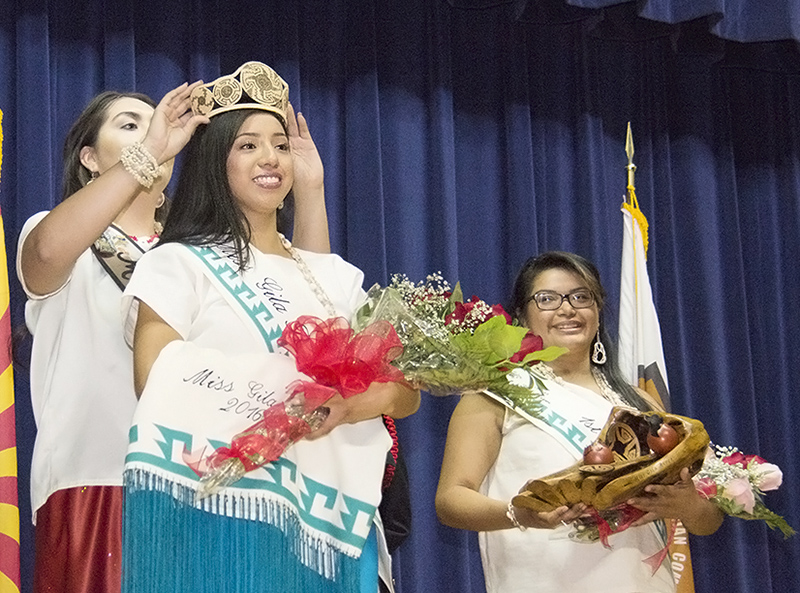 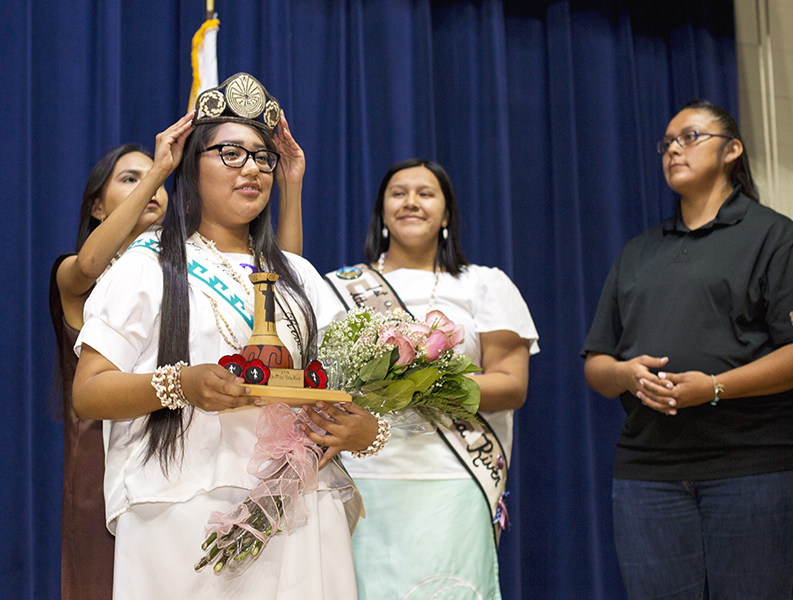 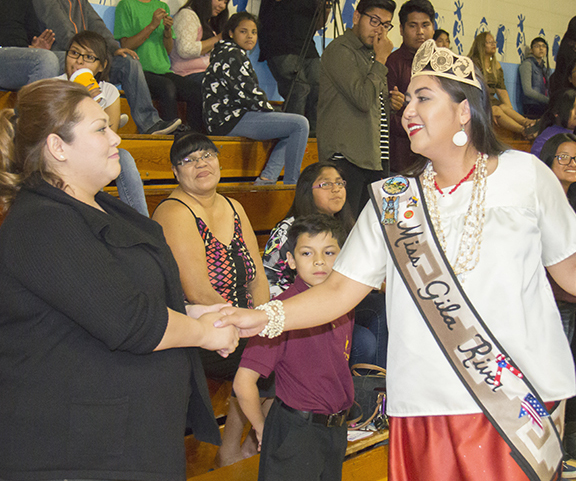