Judge Antone received Bachelor’s Degrees in Philosophy and Political Science from New Mexico State University in 1981 and earned his Juris Doctorate from the University of Northern California in 1996.

While living and earning his education in Sacramento, Antone made frequent trips home to visit family and friends. As a law student in California, Antone worked for the U.S. Attorney’s Office and the Sacramento County District Attorney’s Office. During that time, he said, his aim was always to return to the Community to help and serve its people.

For several years in the early 2000s he worked for the Gila River Indian Community as a Police Ranger, which gave him valuable insight and experience to working in the Community.

Antone was raised primarily by his grandfather, Juan Antone, in the Upper San Tan area in the time of horses, wagons and mud houses.

Today he lives in District 4 with his wife Lt. Gov. Monica Antone, two stepdaughters, and five grandchildren. In his downtime, he enjoys spending time with his family.

He says, “These grandkids, they make life enjoyable.” 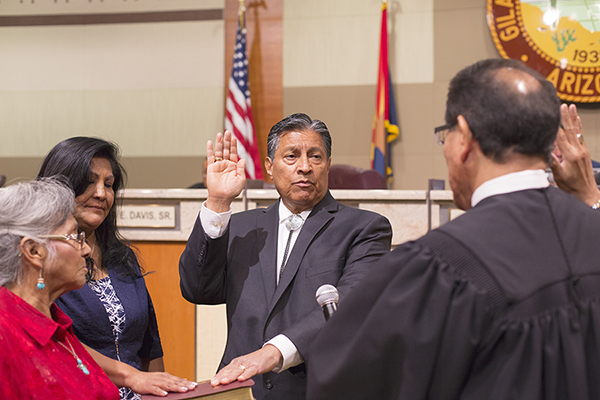