WHP rolls out the red carpet for NIGA Chairman’s Welcome

The Wild Horse Pass Hotel & Casino gave guests the Hollywood treatment as they rolled out the red carpet for the National Indian Gaming Association’s (NIGA) Chairman’s Welcome Reception on Mar. 13.

The casino, which hosted the event, was the focal point for over a thousand guests, who dined on delicious hors d’oeuvres, listened to nationally known speakers representing organizations involved in Tribal Gaming, and enjoyed world-class musical entertainment preformed by rock band 38 Special.

NIGA, a non-profit organization made up of 184 Indian Nations involved in tribal gaming, supplied several speakers, including NIGA Chairman Ernie Stevens Jr., Oneida, and National Congress of American Indians President Brian Cladoosby, Swinomish. The speakers reminisced on how different life was during tribal gaming’s infancy and the positive impacts it has had to Native communities across the United States.

According to a NIGA news release, Westerman received the award for his work through the Tall Bear Group, a company that provided gaming services and products to clients. More recently, the company was awarded a 20-year Power Purchase agreement of 20 megawatts of solar power. This power project encompassed an area of 250 acres at a cost of $51 million and now provides 250,000 homes with power throughout southern California.

“I wouldn’t be here without Indian Gaming,” said Westerman. “Everything from my education, to my home, my land, my businesses, and who I am, pretty much over the last 20 years, is due to the work of people like Ernie Stevens and Rick Hill,” he said.

The event concluded with guests filing into Wild Horse Pass Hotel & Casino’s music venue, The Lounge, to watch a performance by 38 Special.

Gila River Gaming Enterprises Board of Directors Vice Chairperson, Lawrence H. Manuel said of the spectacular evening, “It was a fantastic night…[and] it was a great honor to be the casino chosen for the Chairman’s Reception.” When you realize that this NIGA event has different tribes from all over the U.S. coming to our area, and the fact that we were chosen to host, it means we are doing something right, he said. 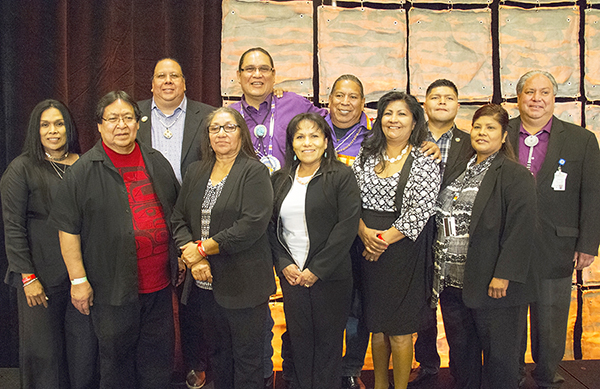