GRIN Articles > Governor’s Employees of the Month for February, March and April

Governor’s Employees of the Month for February, March and April

Three Gila River Indian Community employees received the Governor’s Employee of the Month award for the months of February, March, and April in the Governance Center’s Council Chambers, April 29.

Isabel Martinez, Tribal Education Department, won the award for February. Sterling Garcia, Management Information Systems, was the GEM for March and Althea Walker, Department of Environmental Quality, was presented the award for April.

The GEM is awarded to GRIC employees who enrich the Community through their works, accomplishments, and contributions in the workplace.

The individuals were chosen after review by the Governor’s Office GEM Committee and each received a commemorative plaque and “certigift” of $200.

GEM nomination forms are due the 20th of every month and can be sent to employeedevelopment@gric.nsn.us. 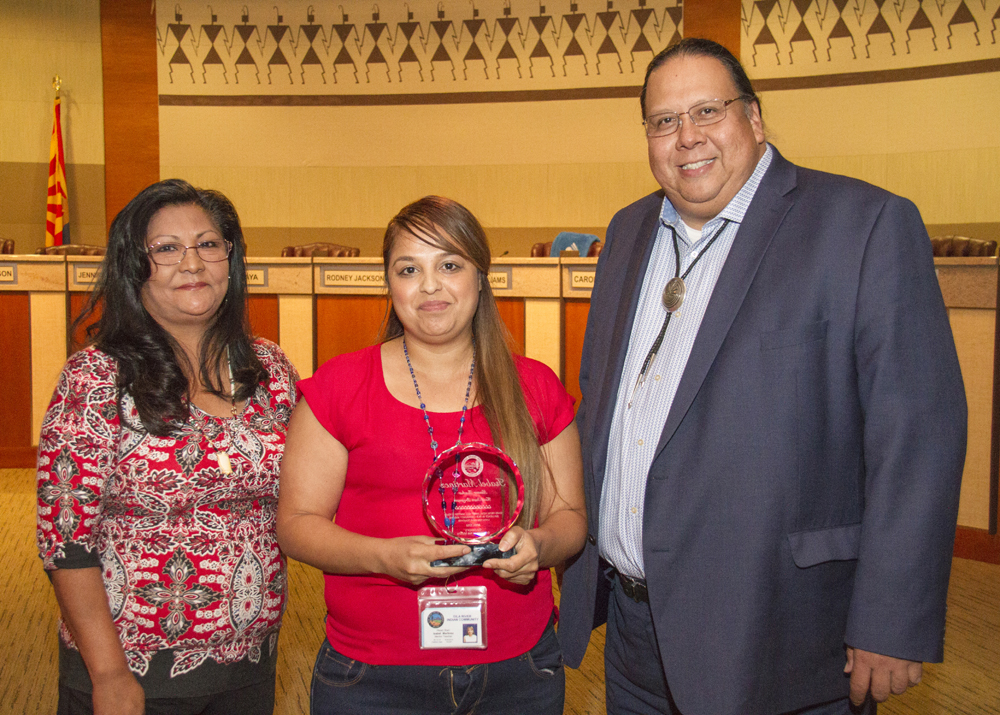 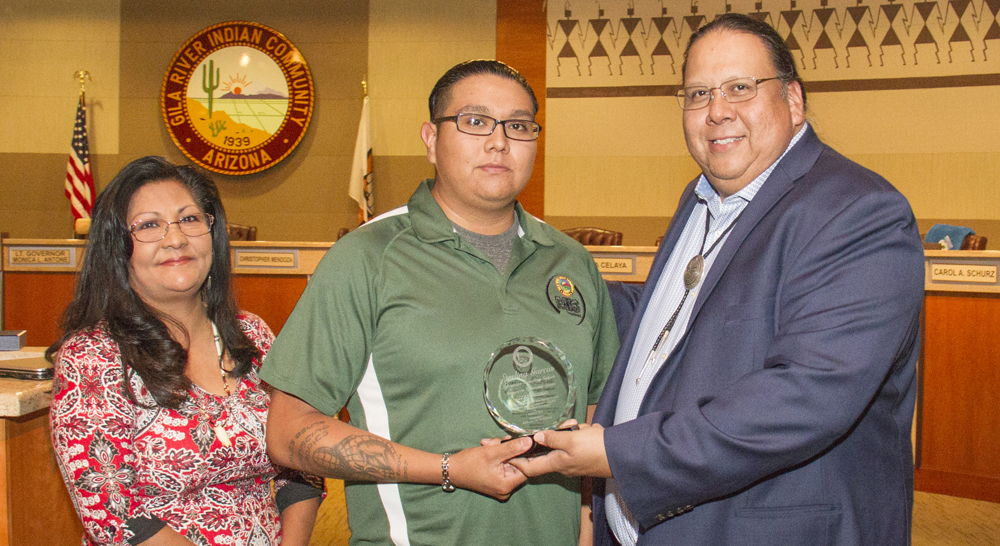