The foothold of civilization is the informed citizen, and in the Gila River Indian Community, the youth are standing strong as the next generation of involved, educated leaders.

The Gila River Close Up program grants students a unique opportunity to learn about the GRIC tribal government through interactive exercises and face-to-face dialogue with experienced leaders and professionals.

Last month, from April 18-20, more than 30 GRIC high school students participated in the program. They learned GRIC history and culture, ran mock council meetings, learned about the tribal budget, and debated real world issues such as challenges to Community housing, per capita payments, and economic opportunities outside of gaming.

It is a lot to absorb in three days, but it’s also a lot of fun and many of the students see the value of what they learn in the long term.

“It’s really something you should [learn about] in case you really don’t know what you want to do, especially in high school,” said Marilyn Williams from District 5. “This is one of those programs that makes you start to think, ‘what can I do for my Community?’”

“Last year was my first year [at Close Up],” said Tristan Kirkpatrick, District 4, “and ever since then I’ve wanted to [run] for Councilman.” At 17, he’s still got eight more years until he is eligible, but who’s counting? Well, he is. Kirkpatrick enjoyed Close Up so much last year that he returned this year and said it only increased his desire to run for a seat on Council. This year, he was elected as the “Close Up Lieutenant Governor” and had more opportunities to practice public speaking.

The hands-on exercises encourage teamwork and form bonds among the new friends. For some of the students, Close Up is a great program to help them meet new people and spread their wings.

Freshman Anaiya Enos of District 1, said, “I was scared to come because I didn’t know anybody and I didn’t know what it was, but I really am enjoying it and I met a lot of different people and different personalities. I would definitely recommend this and I would probably come back again.”

Randall Curran, a 17-year-old from District 1 is preparing for his education at Arizona State University, where he plans to major in American Indian Studies. He said, “This is my second year coming to Close Up and [it’s] really something else. Last year I didn’t know anything about the government or any of the responsibilities that Council has, [but] I think this year I actually learned a lot more. It’s really fun here. I like it.”

Jr. Miss Gila River Deirdre Copperfield said she learned that being on Council is not an easy job and requires more than the typical 40-hour workweek. Williams agreed, adding, “[People] don’t realize how much work [tribal leaders] put in and how much they sacrifice.”

Gila River Close Up has been around for almost two decades in the Community. It’s based on the national Close Up Foundation model, but is entirely its own creation with 100 percent of the content from and about the Community.

The program is organized and run by Councilman Devin Redbird (D7) and the Akimel O’odham Pee Posh Youth Council, but is not exclusive to Youth Council students. The program really aims to educate students without regular exposure to GRIC government.

Most of the students come from high schools in the surrounding area, but some flew in from out-of-state boarding schools.

On the evening of April 19, Close Up held a banquet, where the students met with Lt. Gov. Monica Antone and her husband Chief Judge Victor Antone, who each took turns telling the students about what they do and how they got there.

The students prepared a series of hard-hitting questions for Lt. Gov. Antone and picked her brain on topics like economics, water issues, crime, cultural engagement, and the future of the Community.

The students were engaged and respectful, and genuinely interested in learning all they could while they could. No one was distracted by a smart phone and when they had the chance, at least two or three students volunteered apt questions.

The next morning, the group sat in on a real Community Council meeting and introduced themselves to the tribal leaders.

“For the past three days, these young GRIC high school students have been learning about tribal sovereignty, Community history [and] the tribal budget. … They’ve had mock tribal council elections [and] a mock court case with the courthouse,” said Youth Coordinator Michael Preston to the Community Council at its meeting April 20.

“I just want to say how proud I am of each of the youth that were involved with Close Up,” said Lt. Gov. Antone during the meeting. “You guys had a lot of information, you asked a lot of questions [and] I’m proud of each of you. ... Whatever struggles you go through, stay in school. Don’t give up.”

Afterward, GRIC leaders shared a meal and more words of wisdom with the students during a lunch break under the shaded Governance Center patio. 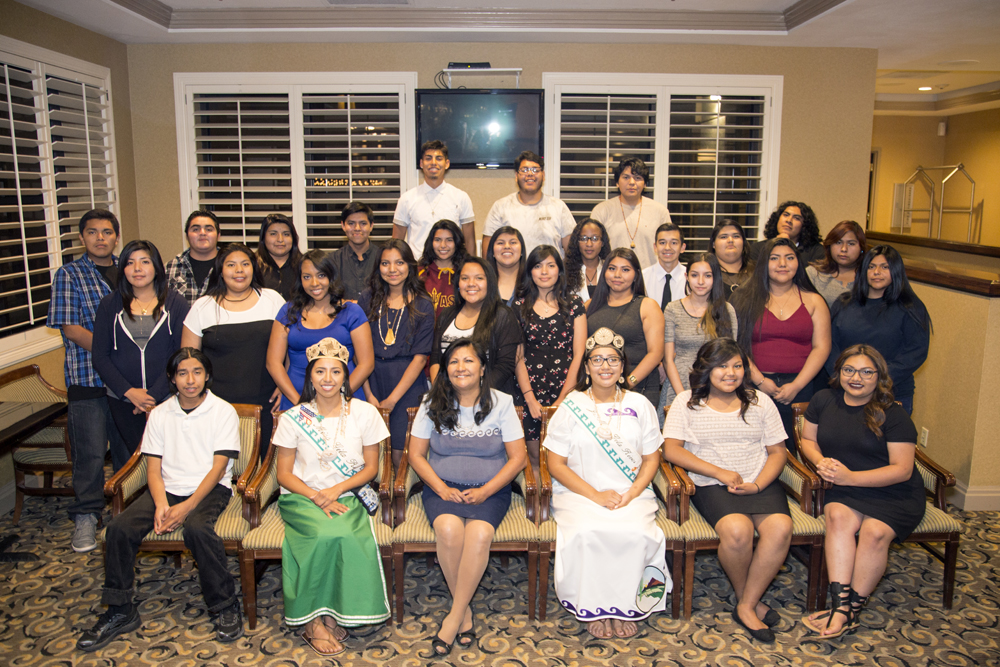 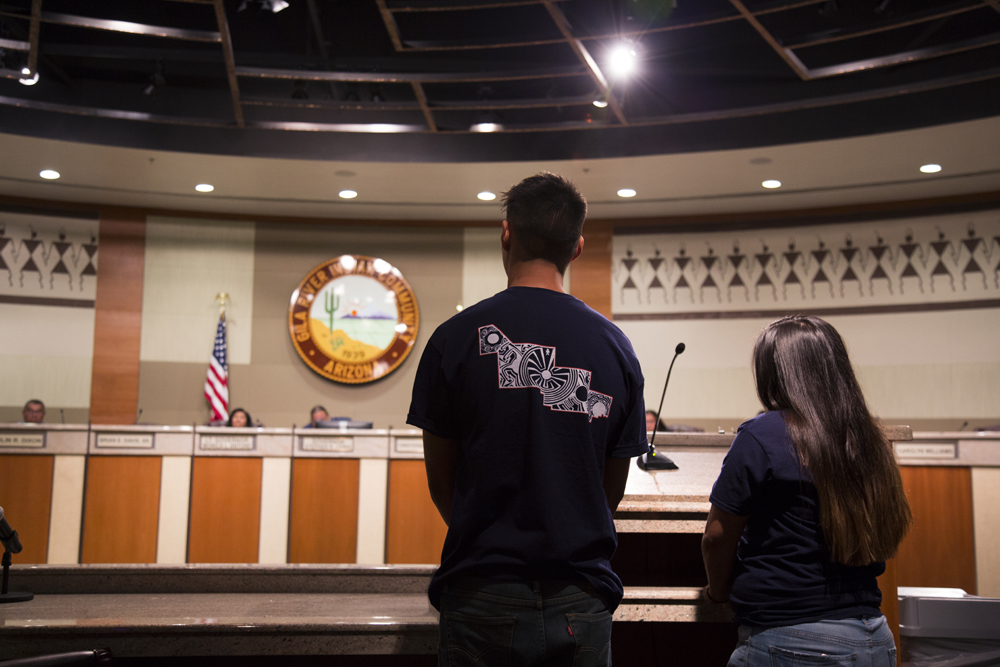 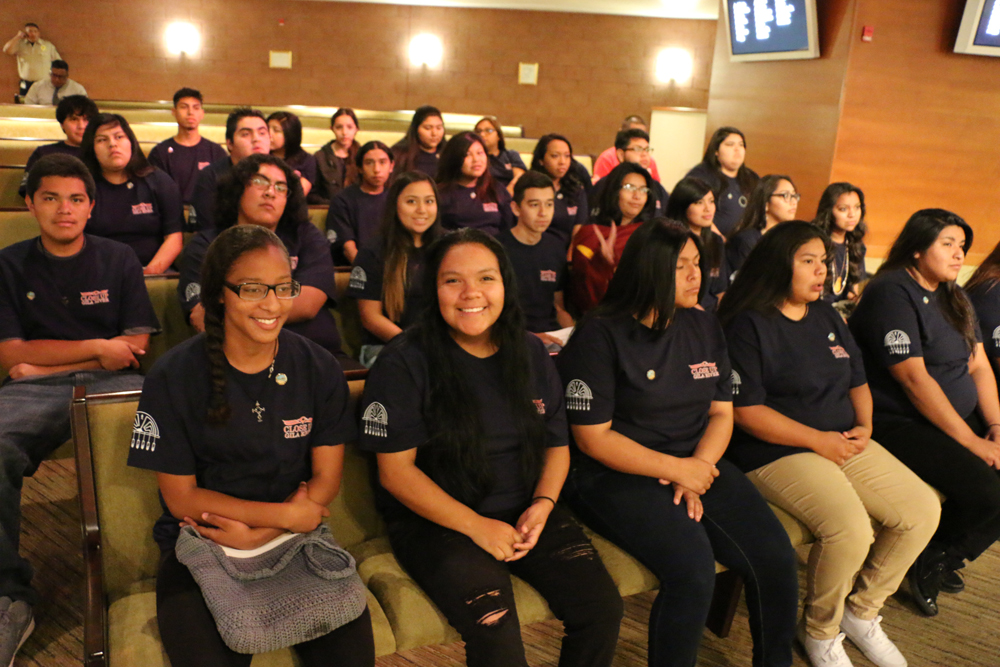 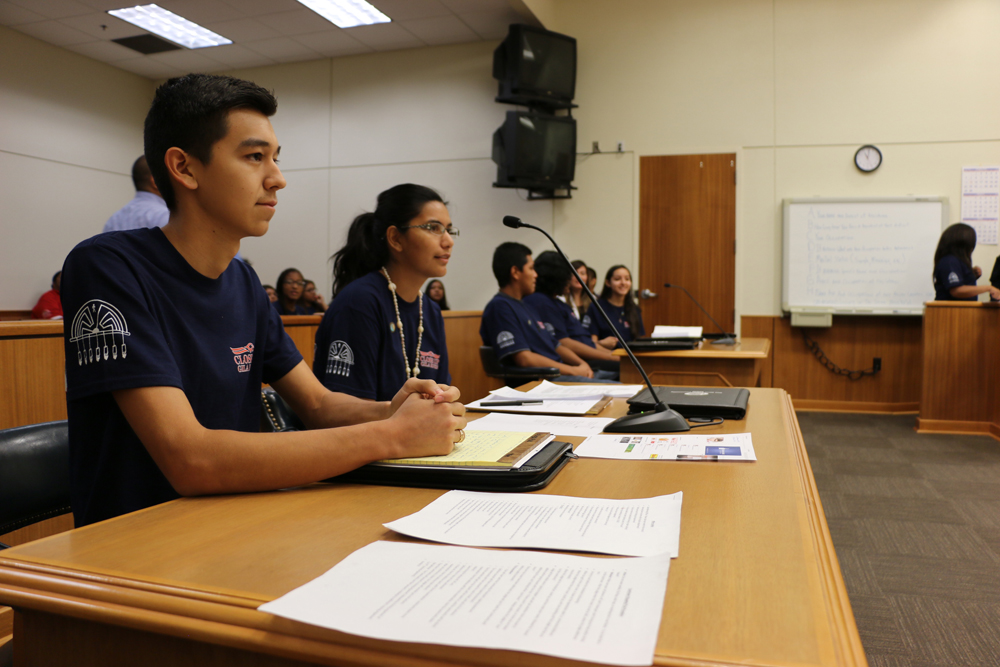 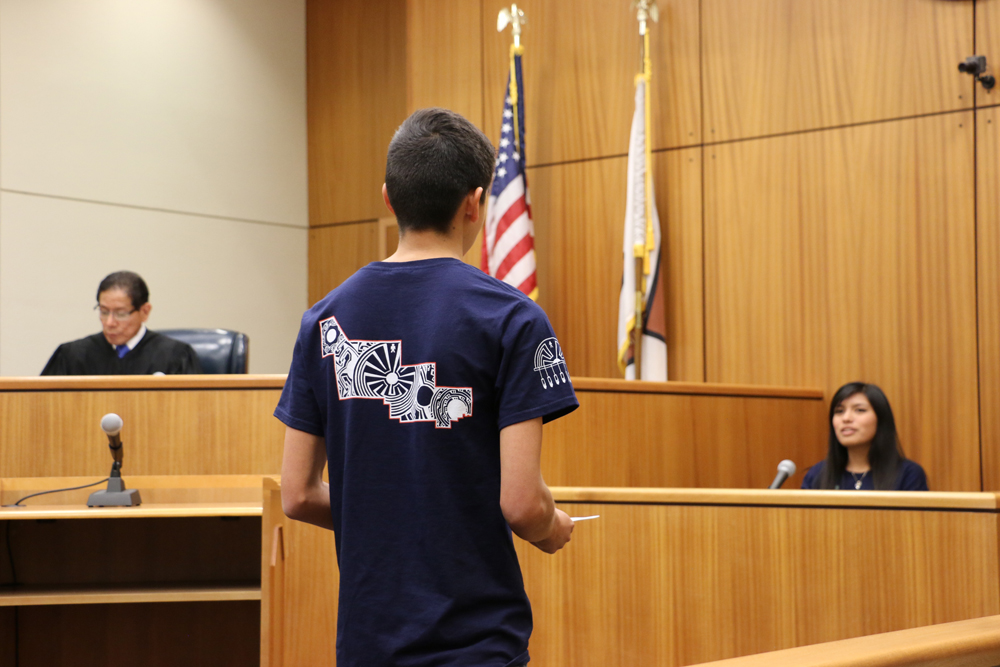 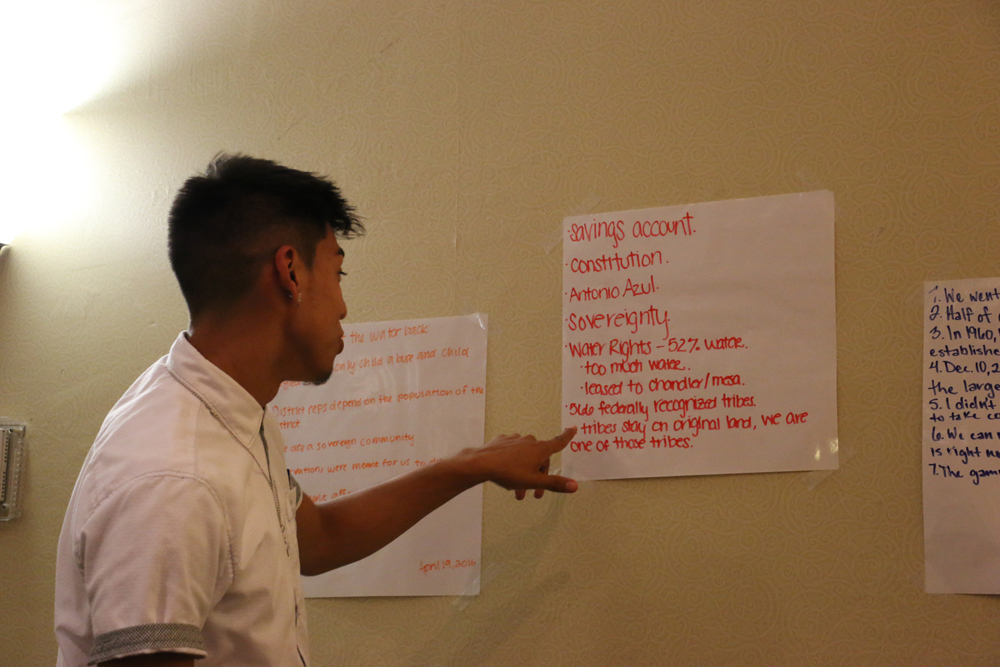