These are the vegetables that Casa Blanca Community School students hope to see sprouting in their community garden soon, though one student has fruits on his mind.

“How about oranges?” a small schoolboy asked, shoveling loose sand as a bead of sweat rolls down his face.

“Or pumpkins!” another schoolboy exclaimed excitedly as he poked the dirt beneath him with a hoe.

“Hopefully,” replied their instructor, striking the ground with a sharp pickaxe. “Maybe we’ll have a patch by the time Halloween comes around.”

The air fills with the sounds of gardening tools hitting and scraping against the hard earth as a dust cloud slowly forms above six children and their teacher in Bapchule.

The gardening instructor is 16-year-old Enrique Holguin, a Vah-ki resident and Chandler High School sophomore who volunteers his time gardening with students an hour after school.

“My intentions of starting the garden were to give back to the Community, whether it’s to the school or Community members,” Holguin said, “and Casa Blanca was one of my first spots to start.”

Holguin believes the garden will encourage healthy eating habits at the school where he pictures fresh salads added to school lunch trays instead of pre-packaged foods.

Meeting twice a week, the class and Holguin are now prepping their work area for a late planting season. It is during this hour timeframe where Holguin implements their cultural roots into the class lessons.

“It’s so hot out here,” said Holguin, seeking shade with the children from the 85-degree weather. “But we were engineers back then and we once had our own irrigation system, so (I believe) that’s something we should live off of.”

Reconnecting the youth to their historical legacy is something Casa Blanca Community School Principal Jacque Bradley sees when she looks at the garden’s progress.

“Our people are farmers,” Bradley said, “and as young as Enrique is, he wants to continue to [teach] our kids about farming and what it means to us as O’otham people.”

Even though a garden program was not seen at Casa Blanca Community School for more than three years, Bradley says she jumped at the chance when Holguin volunteered to teach a class last October.

“That’s the kind of people that we need,” Bradley said, “and hopefully he instills in our kids the same desire to one day come back and help our future children and Community.”

Even though he is still learning the ropes of gardening, Holguin gains his knowledge through trial and error as well as advice from District 5 Council Representative Robert Stone, who suggested that Holguin speak to his plants.

“It’s a traditional item for Native people, including Gila River Indian Community, that the young generation needs to know along with modern tools and technology,” said Stone.

A gardener himself, Stone says it is exciting to see Holguin lead the younger generation toward continuing the O’otham legacy.

“Because we’re a farming community, we need the younger generation to start jumping in and keeping it going,” he said. “It seems harder to find younger kids that are interested, so it was exciting when I got to meet Enrique.”

When Holguin is not gardening in Bapchule, he stays busy with extracurricular activities such as representing District 5 in the Akimel O’odham/Pee Posh Youth Council and learning more about agriculture in his school’s Future Farmers of America elective program.

As for the future of the garden, Holguin hopes to graduate onto traditional crops such as gourds.

Holguin hopes to attend college, study agriculture, and one day own a produce market in the Community.

“That’s my future,” Holguin said, packing up the shovels. “This is a start of what I’m going to do later. I’m starting here, giving back to my community, and I plan to keep doing it as I go along.” 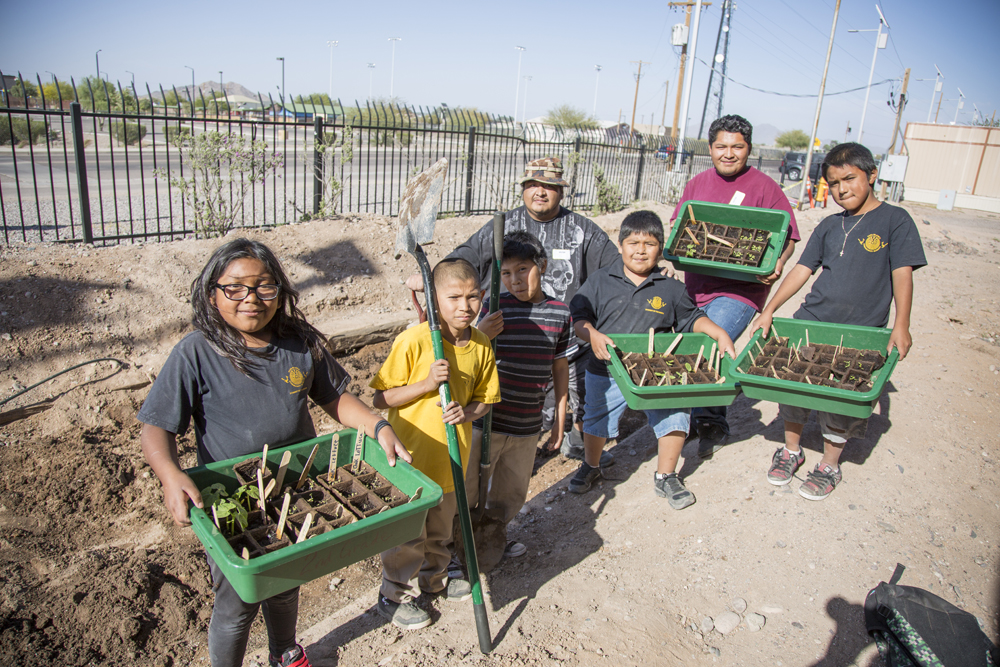 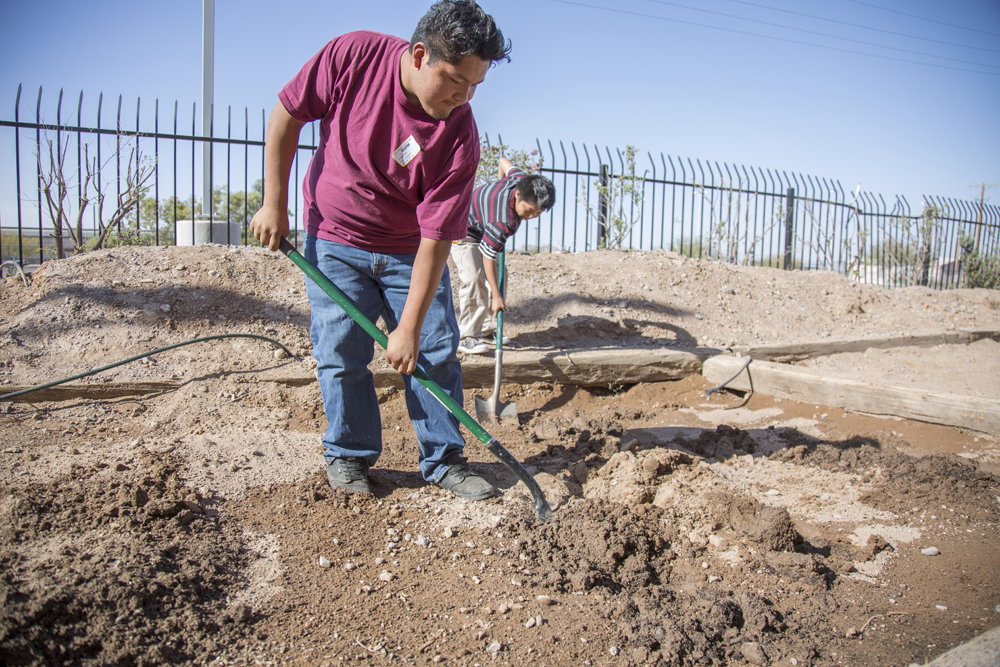 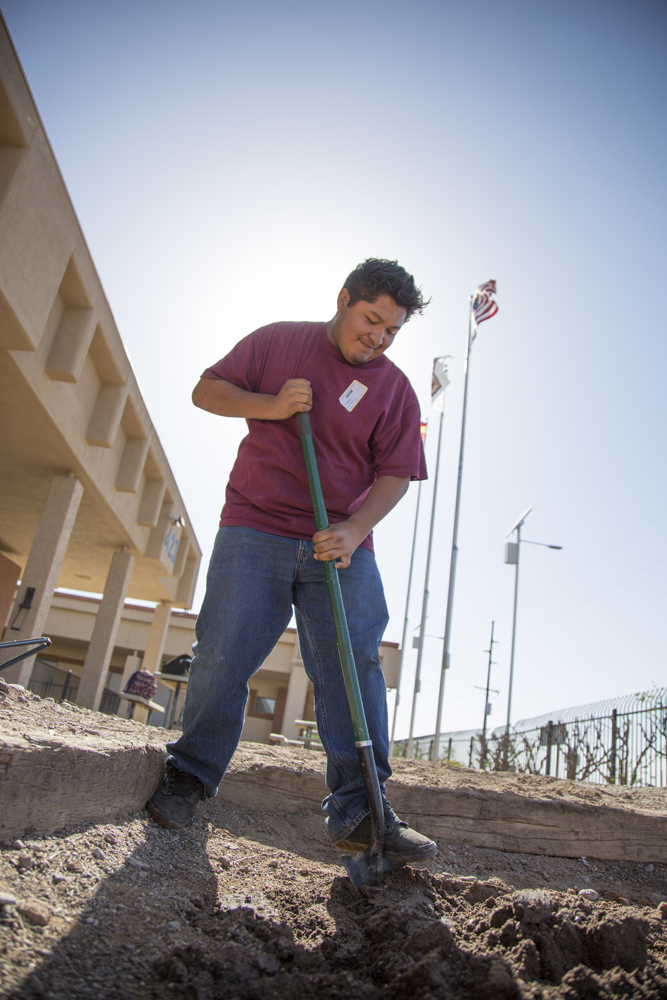