Female Gila River Indian Community members and employees had the opportunity this month to participate in Rape Aggression Defense (R.A.D.) training classes instructed by Gila River Police Department officers at the Head Start in District 3. The classes, which were held on April 18, 22, and 26, focused on sexual assault education, the importance of situational awareness, and self-defense training.

GRPD officers Rachelle Rodriquez, Celestina Perez, and Joseph Cline taught the three classes and instructed the participating students on how to build confidence in their own abilities and armed them with the tools they need to properly defend themselves.

“It is all about empowering women through education, dependency on self, decision making responsibility, and self-realization of physical power,” said Rodriquez.

While the class is focused on teaching students physical tactics in hypothetical confrontational situations, its aim is to also educate the students about sexual abuse and how to avoid dangerous situations by being more aware.

“What is sad, is sometimes they don’t even know (sexual abuse) is happening because they think it is OK” for a male to pressure them on a date, because they are too nice, or don’t want to say anything to their families, said Rodriquez. 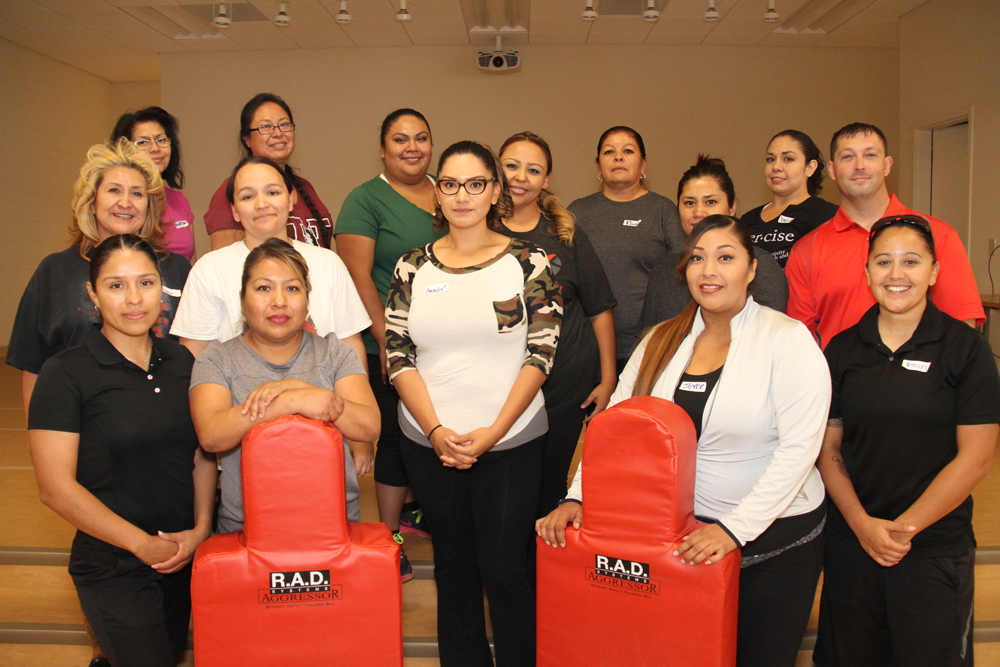