Eight dancers made up the troupe of native Hawaiian performers, including husband and wife ministers, Jaime and Sam Kupa.

“We opened [the dance] with what we call an oli, a chant or song,” said Sam. “We laid out a mat bearing some gifts for the Council, the Governor, and Lt. Governor. Then we presented and explained those gifts after [the] song,” he said.

The native Hawaiian group preformed another oli asking for wisdom from above, which is a song traditionally near to the Hawaiian people’s hearts, said Sam.

After the song, Jaime presented tealeaf leis (a type of necklace made from flowers or sea shells) to Gov. Stephen Roe Lewis and Lt. Gov. Monica Antone.

Jaime said that the tealeaf lei, known for its healing properties in Hawaii, was used to explain about addiction and how her own family had been affected by substance abuse and was eventually healed.

“Our peoples have very similar struggles with addiction…and if we could encourage anybody by how we’ve had victory over that and now we are back, unified, and we stand as a family that is healed,” said Sam. “That is the message we wanted to give today.”

As to why the group of Hawaiians is journeying so far from home through the deserts of the southwest, Michael Thompson, Saguaro Correctional Center volunteer chaplain said that Sam and Jaime have been traveling to the correctional facility for the past eight years ministering to the inmates.

The correctional center located in Eloy, Ariz., is a privately operated prison run by the Corrections Corporation of America, which contracts with the State of Hawaii and houses over 1,900 Hawaiian inmates.

“We both have been there many times since 2008, ministering to the inmates, and we have been in prayer about getting with the Native peoples [whose land] the prison sits on,” said Sam. “As Native people we thought that it would be the correct thing to do, to at least come…get an audience, and say we are coming up here spiritually and culturally, ministering to our Native guys up here. As Native people, it is only proper to come and ask permission from the Natives that this land belongs,” said Sam.

Thompson added, “The ability for Sam to come and bring his family and minister, in a traditional way, to the native Hawaiian community within the prison never existed before; that’s now existing,” he said. “For them and for the inmates [meeting with GRIC] is a prerequisite that has to be taken care of to correct the breach in Hawaiian protocol, to make it right to do it, and that [it] imperative that communication and dialogue with the Gila River Indian Community occurred, as stewards over this land.” 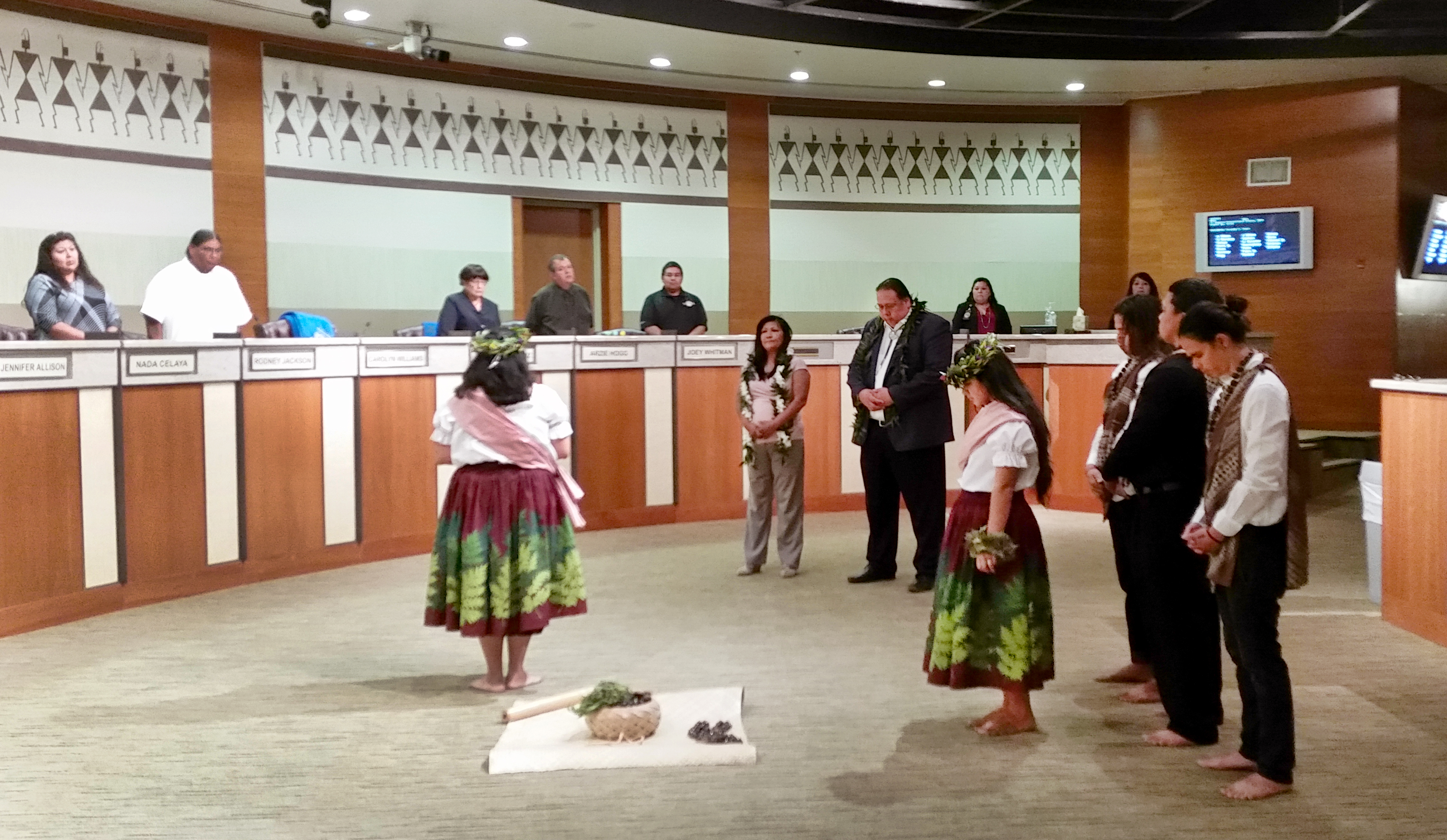