Since its inception in 2002, the Sheraton Wild Horse Pass Resort & Spa has consistently been recognized for it superiority in customer service and hospitality. This year on April 28, it was officially rebranded as the Sheraton Grand at Wild Horse Pass.

“The new designation welcomes the resort hotel to the brand’s premier tier of hotels recognized for their enticing destinations, distinguished designs, and excellence in service and guest experiences,” said the company in a press release. “[The] Sheraton Grand at Wild Horse Pass is recognized as a heritage resort, offering a true escape at a property that is exemplary in every way with distinctive architecture, design, amenities and personalized service.”

The destination resort is set apart by featuring the only AAA Five-Diamond/Forbes Five-Star restaurant in Arizona, Kai. The resort also features authentic artwork of the O’otham and Pee Posh people, the Forbes Four-Star Aji Spa, horseback riding experiences at the Koli Equestrian Center and a beautiful river with water activities and boat rides.

“We are not like any other resort,” said Ahamed. “The political leaders [of the Gila River Indian Community] have been nothing but incredible for us at the resort, supportive, those past and present, relentless in their pursuit to create an environment that is incredibly magical for our guests.”

Gov. Stephen Roe Lewis marveled at the grandeur and success of the hotel.

“It took great vision by our elders and the original owners team…to bring this wonderful resort to full fruition,” he said. “Traditionally, we have been a hospitable people…and we carry on that legacy today with the proud designation as the Sheraton Grand at Wild Horse Pass.”

Antone thanked Ahamed for his thoughtful and culturally appropriate stewardship of the Sheraton Grand over the past 13 years. Like Gov. Lewis, he said the land and its people have welcomed visitors for many generations.

“We recognize the language that comes through the air, through the trees, through the birds, and the water, and all of it is saying the same thing: Welcome to Gila River.” 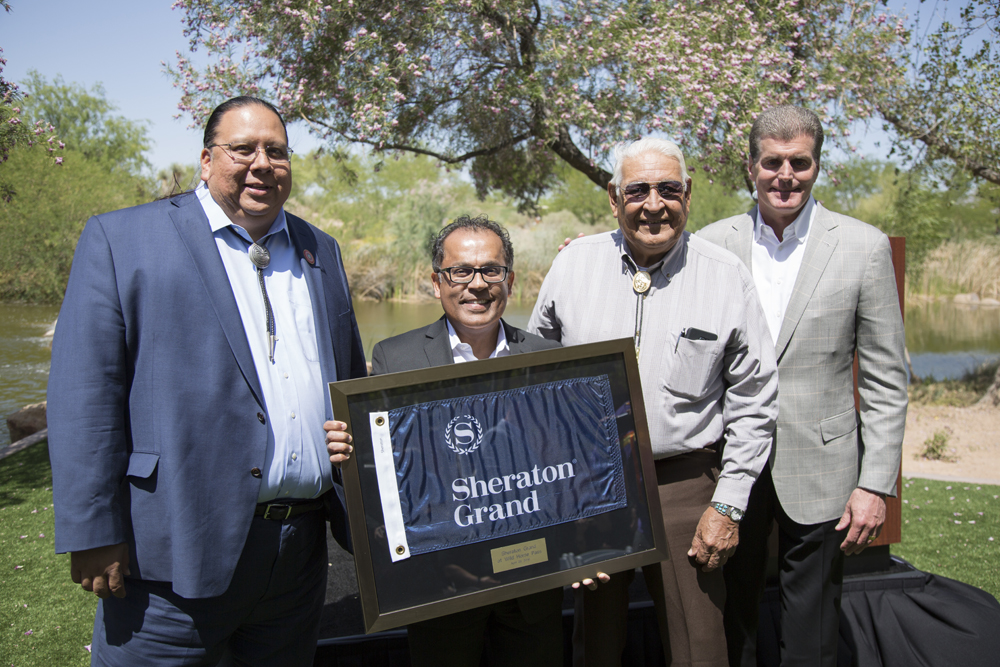 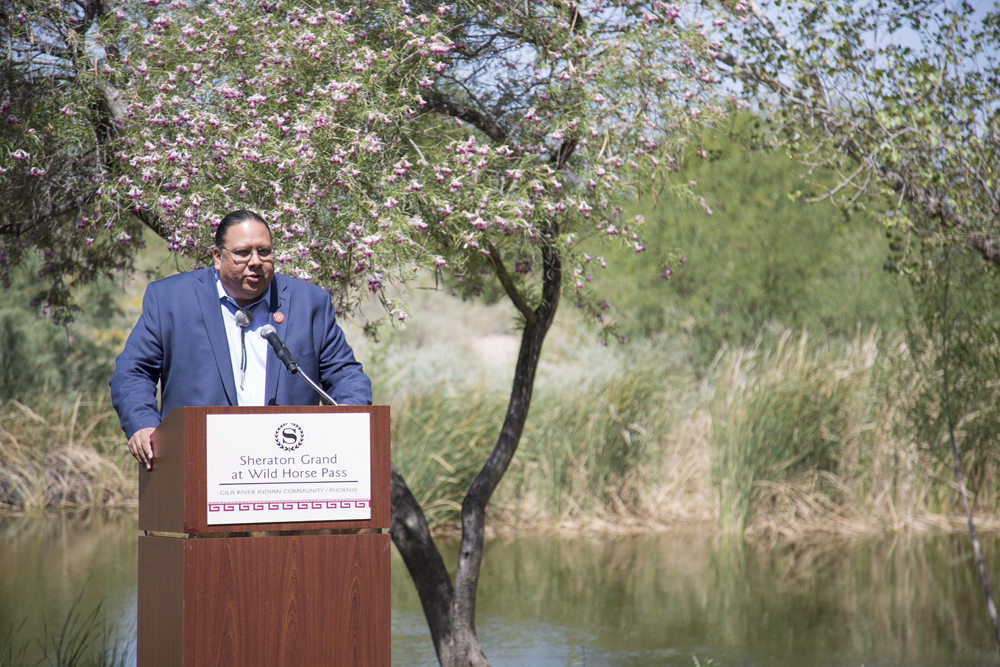 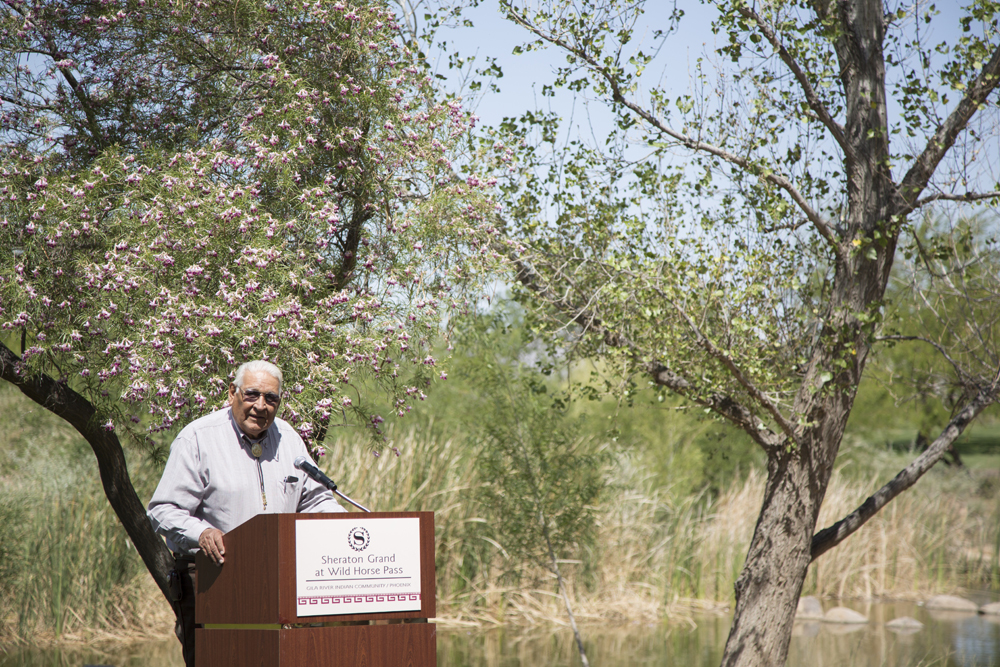 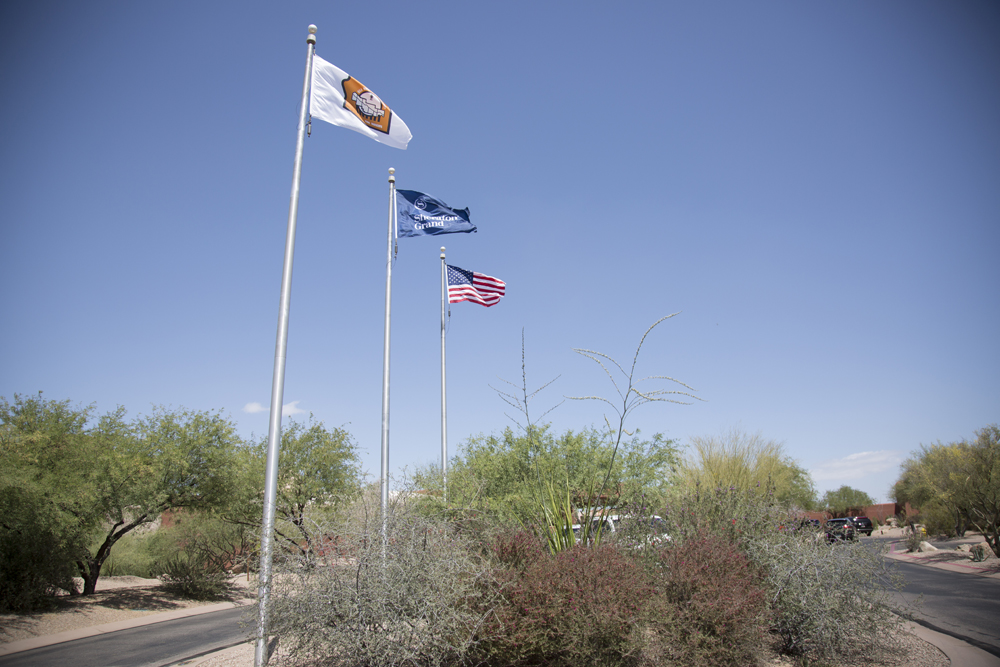