The District 5 community broke ground last month on a new building for its Agriculture Program, which is in need of a place to work and store its equipment.

The D5 Agriculture Program assists local farmers with a number of services, from moving earth to filing paperwork. They till ground, plant seeds, plan irrigation and direct water to farm lands, as well as point Community member farmers in the right direction for other services from the Gila River Indian Community and the Bureau of Indian Affairs.

“The program was set up to help local farmers that don’t have the funds to do that kind of work,” said Neil Ranger, the D5 Agriculture Program Manager, who grew up in the same community.

“I know it’s going to be a lot of help. They’ve needed it for a long time,” he said.

Ranger said the new building is very good news for the Community and his team.

“Especially when bad weather comes around we’ll have something to work in. Right now we’re just out in the open and when it really starts raining it’s hard to do anything out there.”

When they are not out in the fields, the Agriculture Program workers do their own maintenance and repairs to tractors and other heavy equipment. There will be plenty of space for that in the new facility.

The building will be a 7,200 square-foot Pre-Engineered Metal Building (PEMB) with approximately 700 square feet set aside for an office, a break room, restrooms, a shower and an IT room.

“But the bulk of the square footage,” said Jim Wilson, “is designed to support farming machinery and equipment.” Wilson is a project manager with Arrow Indian Contractors, Inc., the company responsible for the construction of the facility. The building was designed by SPS+ Architects.

The new building will be on a 40-acre site on the south side of Nelson Road, just west of the I-10 overpass, where the Agriculture Program currently has a storage yard for its equipment.

“The project is in the final design phase with construction currently planned to begin in August, completing by the end of 2016 calendar year,” said Wilson via email. 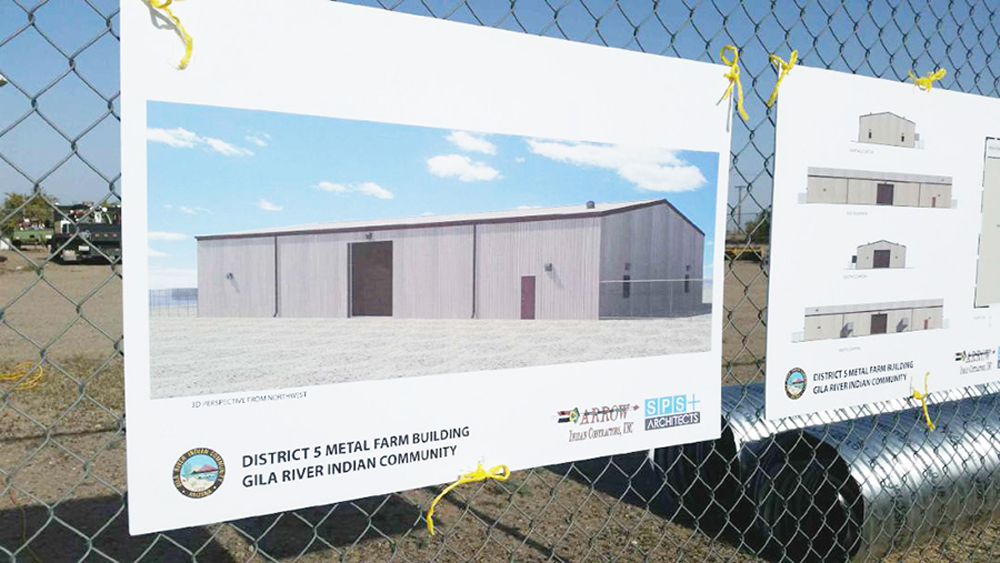 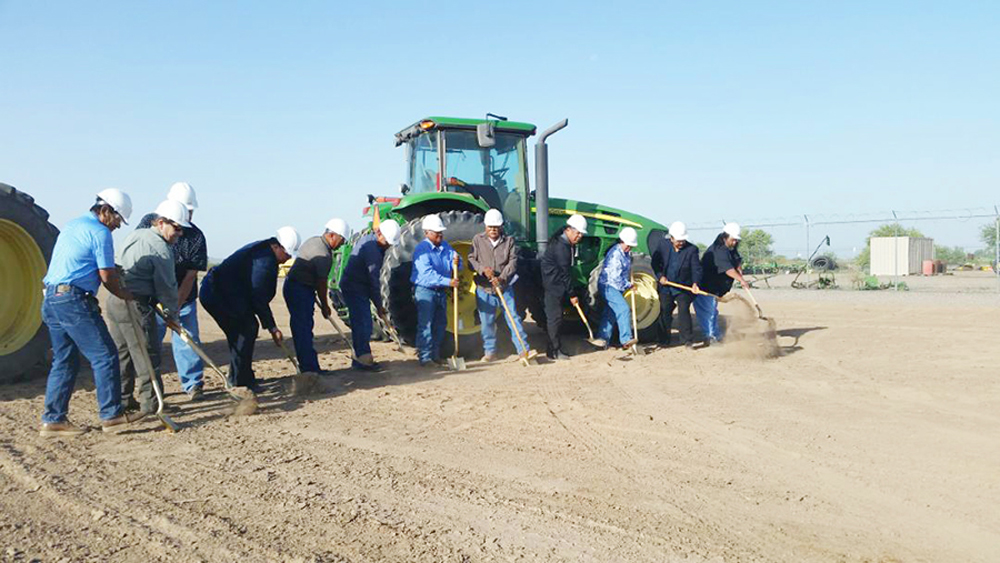