Vika Petrasheva and her granddaughter Tatiana Degai have seen the consequences of the erosion of their culture and language first hand, but now bear witness to a new wave of cultural rejuvenation and language revitalization.

Last week, the grandmother-granddaughter duo visited the Huhugam Heritage Center and shared a little bit about themselves, their land, the Itelmen language and Itelmen customs.

About 30 people attended the presentation, which was a part of a speaker series created by the Heritage Center’s Language Section. Afterward, Degai performed a couple of traditional Itelmen dances and the presenters and the Huhugam Heritage Center staff exchanged gifts.

Petrasheva received a Ph.D. in Philosophy and Humanities in the 1980s, and was the first indigenous person to hold a doctoral degree in Russia, according to her bio.

Native Americans in the United States speak mostly English. Likewise, the indigenous peoples of Russia inherited the dominant language of their country and mostly speak Russian. Petrasheva’s primary language is Russian; she speaks a little bit of Itelmen, and almost no English.

Petrasheva began the morning by talking (with Degai translating) about the traditional land of the Itelmen – the Russian peninsula of Kamchatka.

“You can see…Kamchatka is in the shape of a big salmon,” she said. The Itelmen share a deep cultural relationship with salmon. “The shape of my land tells that the most treasured, precious resource of this land is salmon, and Itelmen people have always been great fishermen.”

It is said that the peninsula was created by The Raven, who pulled the land up from the bottom of the sea with his powerful talons. Valleys were formed by Raven’s heavy footsteps, and mountains were his resting places.

Petrasheva took the class on a tour of the peninsula via Google Maps and a series of photos. “So Kamchatka land is not so cold, The Raven infused his warm spirit into the mountains,” she said.

A number of hot volcanoes with white snowcaps and black foothills dot the scenic landscape of Kamchatka. Each of them has a story, some of which Petrasheva told in summary. Degai said Kamchatka is known as The Land of Volcanoes.

Petrasheva is working on a mapping project to document the geography of Kamchatka from an Itelmen perspective. (You can view a map of Kamchatka with photos of volcanos by clicking here.)

“Probably you would agree that when we lose our place names and our names, the people lose out their places and history,” she said.

After lunch, Degai changed into traditional dance regalia of deerskin, dog fur, beads and sea shells, and presented on the recent history of the Itelmen, how the Itelmen have sustained their culture despite government disregard, and what steps the people are taking to breathe new life into their customs and language.

Despite government apathy, the Itelmen have carried on their traditional way of life the best they can.

The Itelmen people once filled the northern portion of Kamchatka, with dozens of neighboring indigenous groups. Before contact, there were an estimated 20,000 Itelmen; now there are just over 3,000. On top of that, there are only five fluent speakers of Itelmen, and they are all over the age of 75.

Fortunately, Itelmen is a well-documented language. Anthropologists in the 1960s developed a dictionary, and today school children learn Itelmen from textbooks. Still, Degai and others think more needs to be done.

She said there is a strong self-determination movement among the young people of the Itelmen community, and the larger community of indigenous peoples of Russia. “I see a lot of young indigenous youth…who are proud of who they are. I think that indigenous people are now understanding that it is cool to be indigenous. It is something special. It is nothing to be ashamed of.”

Degai grew up with her grandmother’s influence. At an early age, she traveled to various villages and learned about her culture and that of the indigenous peoples around her. While studying for her Master’s degree in Anthropology at the University of Alaska – Fairbanks, she met many other indigenous people studying and working to rebuild their languages. “I realized that the Itelmen language is also important,” she said.

Now that Degai has graduated, she is going to return home to Kovran, where pay is low, indoor running water is rare and internet access is prohibitively slow.

Degai, 34, is the director of the local Community House – House of Culture in Kovran, the only majority Itelmen village in Kamchatka. As the director, she organizes programs and events. She hopes to develop a language immersion program to the best extent possible.

“For me, I don’t know my language. I’m learning it, but I can help my community as an organizer and things like that,” she said.

At the very least, she hopes that with a husband and two young sons back home, she can bring back the language in her own family. 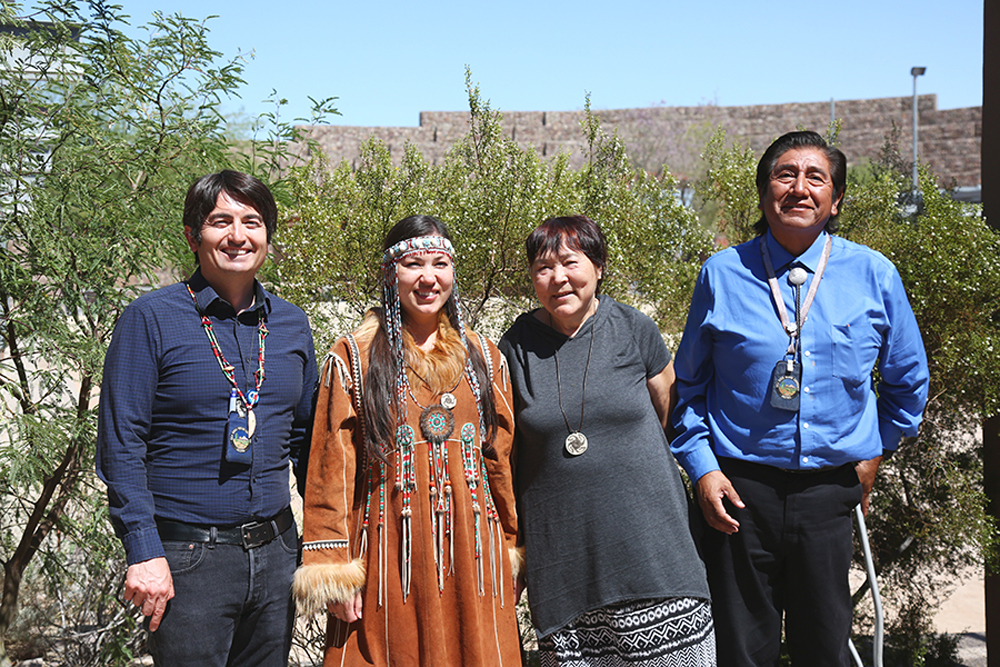 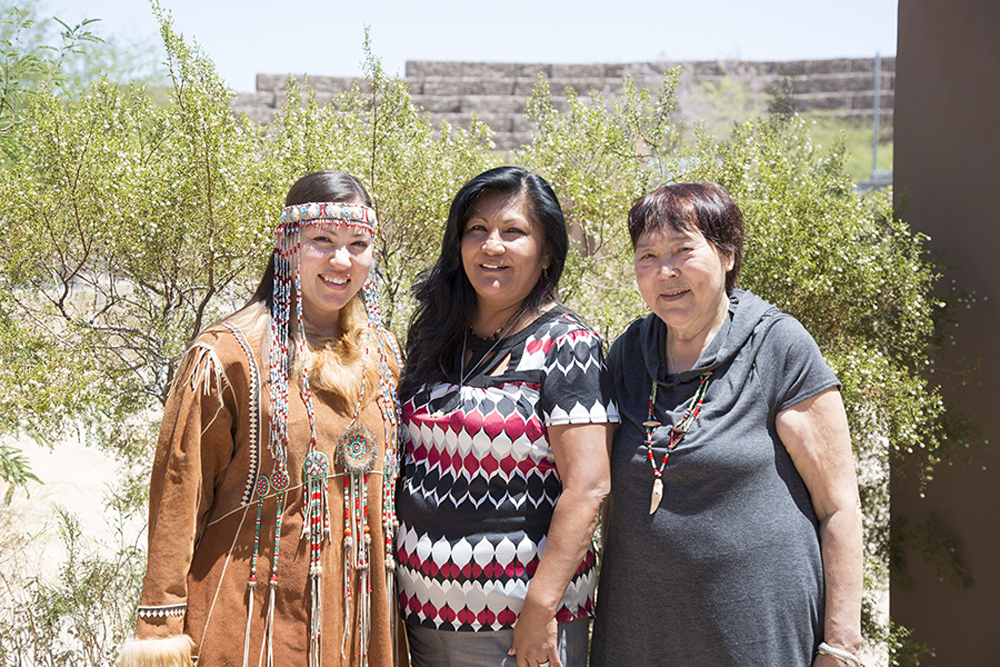 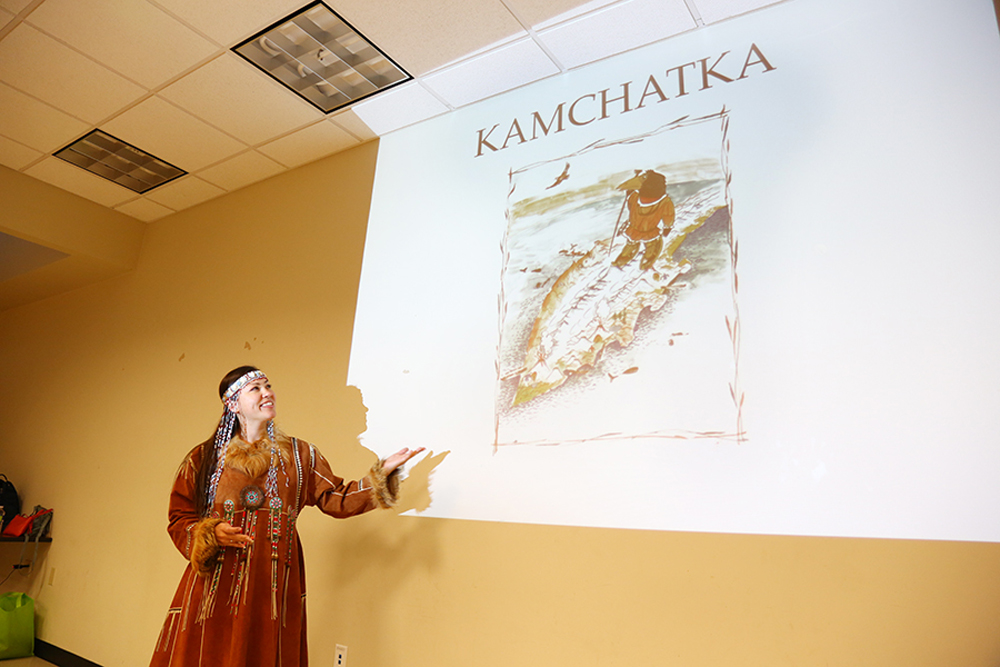