Gila River Indian Community students celebrated another year of academic excellence surrounded by friends and family at an event hosted by the Tribal Education Department.

Chief Antonio Azule was the last hereditary chief to lead the Community and was regarded as an advocate for education for the Akimel O’otham and Pee-Posh people.

In his address, Gov. Stephen Roe Lewis said the students are carrying on a legacy started by the Huhugam ancestors who were innovative in areas of science, engineering and agriculture.

Chief Azule’s direct descendant Dean Azule was a special guest at the banquet and spoke on behalf of his ancestor.

“I am very, very honored to have [this] scholars program named after Chief Azule. [He] promoted a lot of progress for [his] people, including getting educated,” said Azule.

He encouraged the students to be innovative and to create answers to some of the biggest issues that face Native people.

“We look forward to [you], to see what’s beyond the horizon,” said Azule.

Lt. Gov. Monica Antone echoed the same appreciation for the students and encouraged them to strive for more in their lives in honor of Chief Azule.

“We are reminded every day of what he stood for,” said Antone, “[He] helped fight the battles to protect [our] Community.” 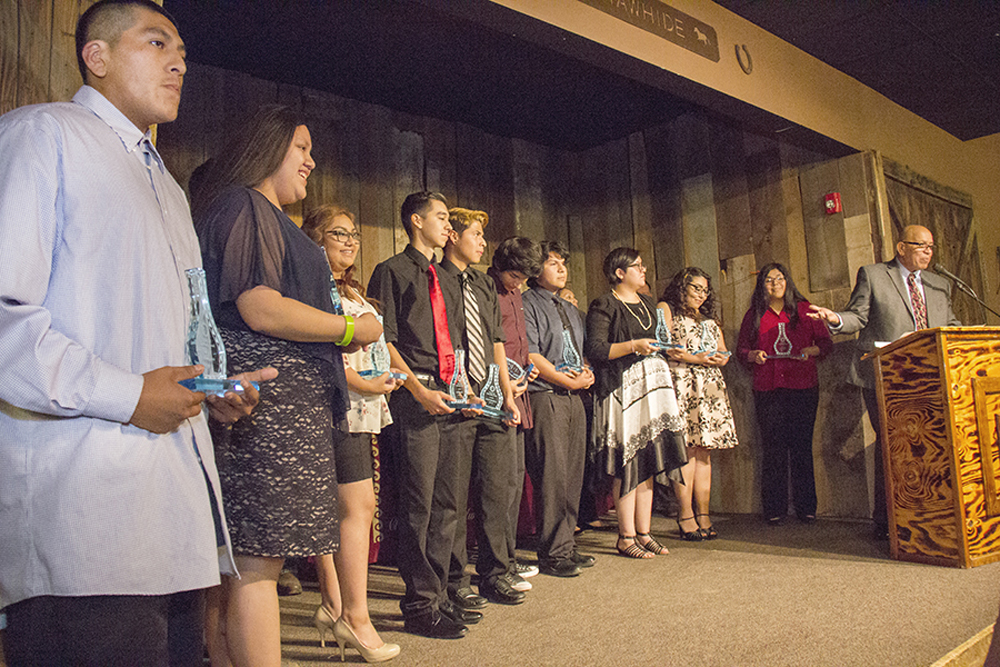