GRIN Articles > Community educators laugh, learn, and get their grill on at the base of Aji Mountain

Community educators laugh, learn, and get their grill on at the base of Aji Mountain

The Gila River Indian Community Tribal Education Department’s (TED) Cultural Program hosted a Professional Development Session at the foot of Aji Mountain on the morning of Nov. 4, where around two-dozen teachers, from different Community schools, prepared a variety of dishes and demonstrated how to make them in the O’otham language.

Gray said that teachers and TED staff presented their homemade cooking in the O’otham language to practice the language and improve their presentation skills.

“They are great teachers, but we can always be better. The best thing that we can do is just practice,” he said.

Before the teachers demonstrated how to make their dishes, they were in a flurry of activity preparing chumuth, stirring fruit salad, marinating ribs, stoking the fire of the Komal, and double-checking their O’otham vocabulary.

“What they have been doing since we have told them about this, is they have been practicing or been getting into the language,” said Gray. “Basically, imagine a cooking show were it is just someone [telling] you how to cook something, but we are doing it in the Akimel O’otham language.”

While many of the presenters were open about every step and ingredient of their dishes, there were others who wanted to keep a few tips and tricks of their delicious creations a secret.

When asked if there were any secrets to how she made chumuth, St. Peter Mission Indian School Teacher’s Assistant Hudunig Antone said that while everybody has their own technique in making the tasty tortillas, she’d rather not give any of her secrets away. However, she did have two important points to chumuth makers, “Don’t burn it and don’t drop the dough,” she said.

Elementary school educator, Tillie Pratt, helped encourage the speaking of O’otham by casually conversing in the language and even bringing about outbursts of laughter from other teachers with her humorous jokes and quips.

However, it was not all just fun and games for Pratt, who prepared her own dish for the development session’s cooking demonstration.

“I’m going to share my grandmother’s old recipe for squash and I brought her little old knife she used to use,” smiled Pratt.

But while the O’otham language was the main focus during the development session’s food demonstrations, one Community educator added flair to her presentation by including her own tribe’s language.

Skyline District 5 Cultural Teacher Ella Barnett who hails from the Muscogee Creek Nation, demonstrated how to make a dish of cheesy scalloped potatoes, not only in O’otham but also the Muscogee language. 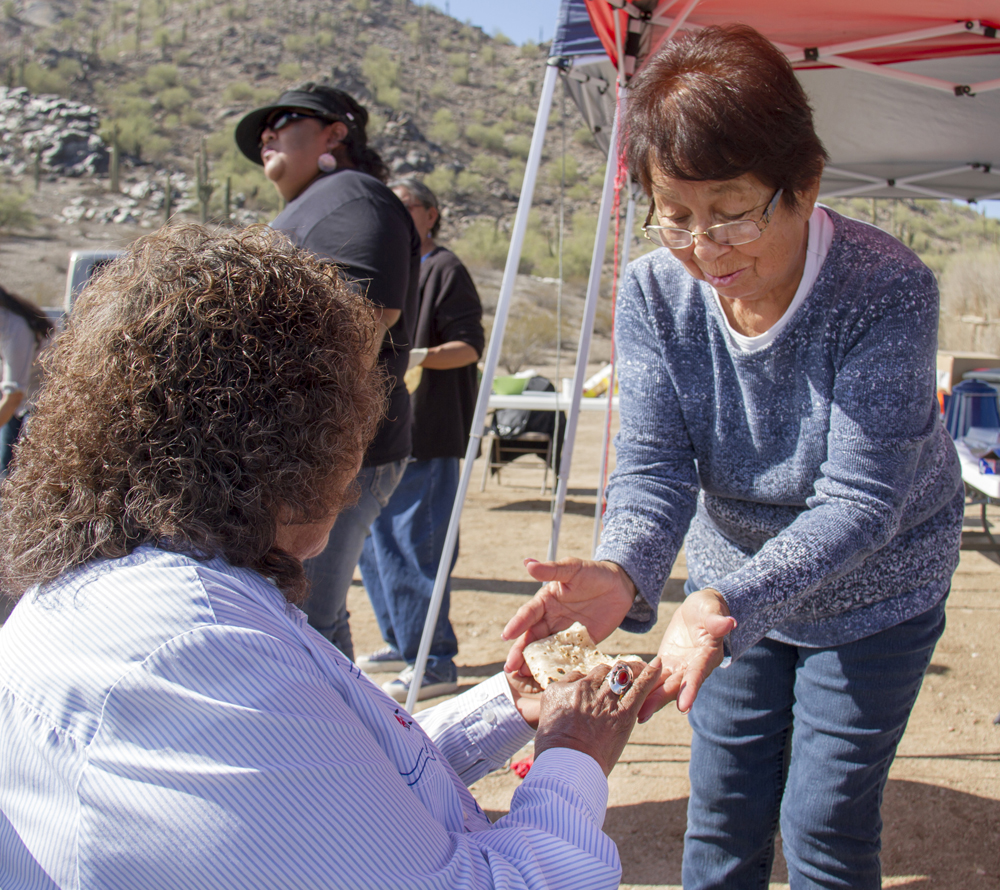 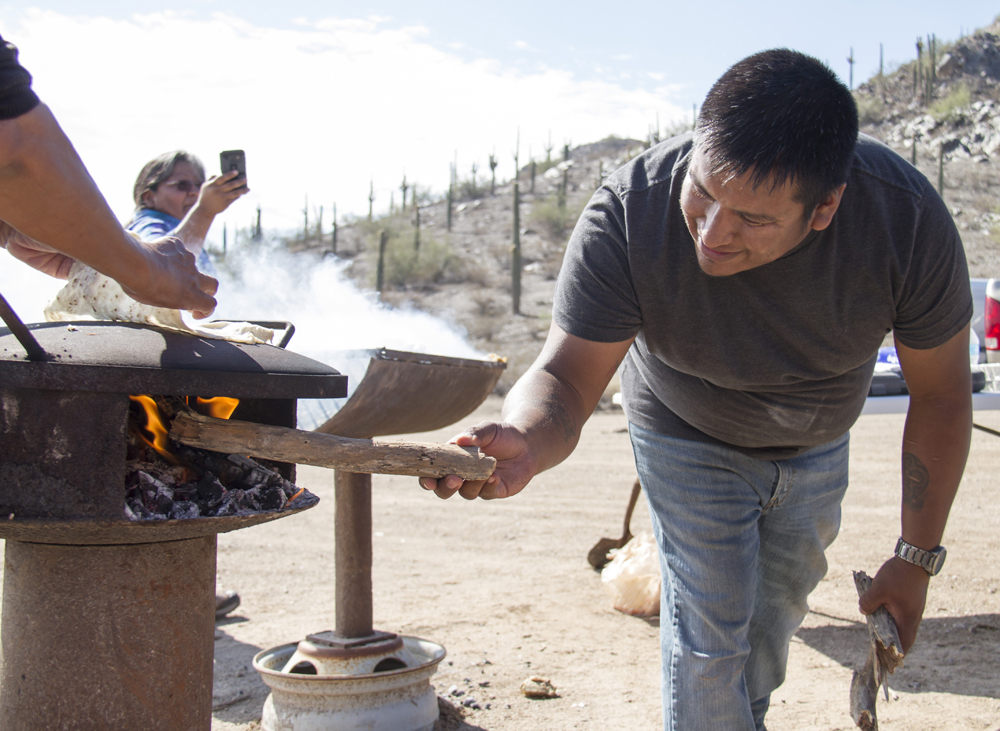 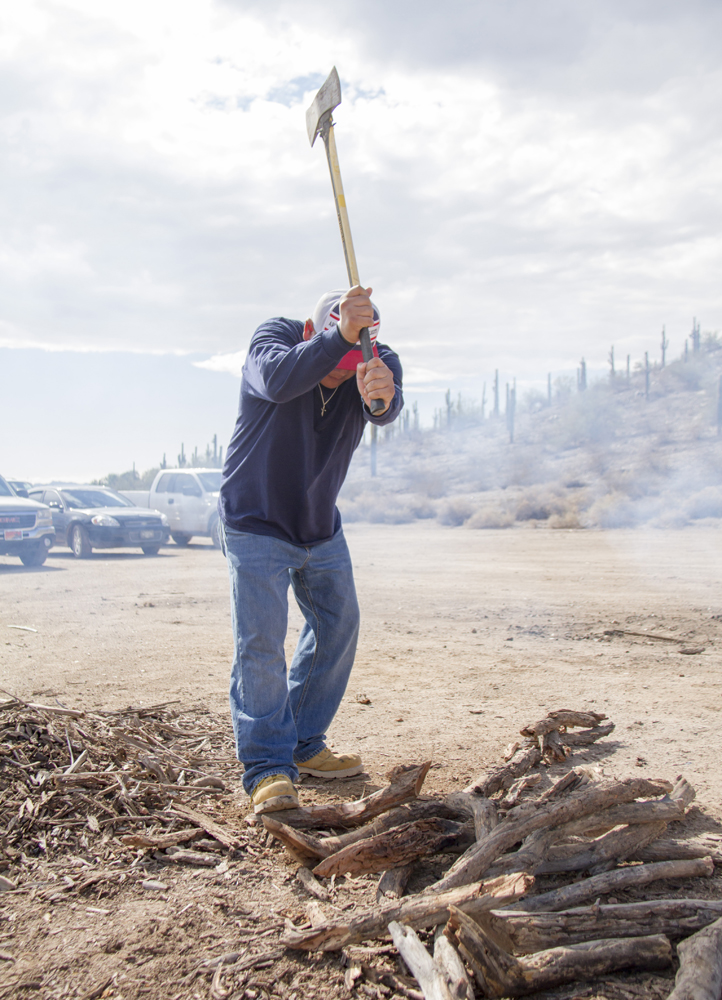 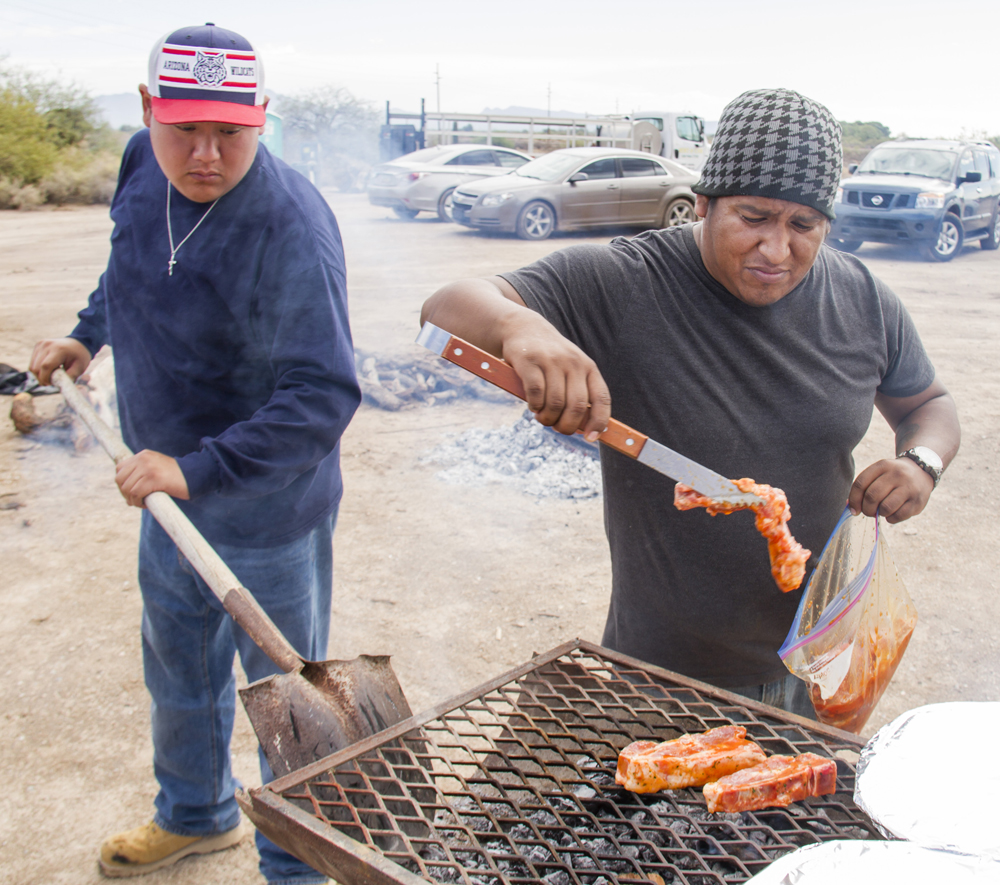 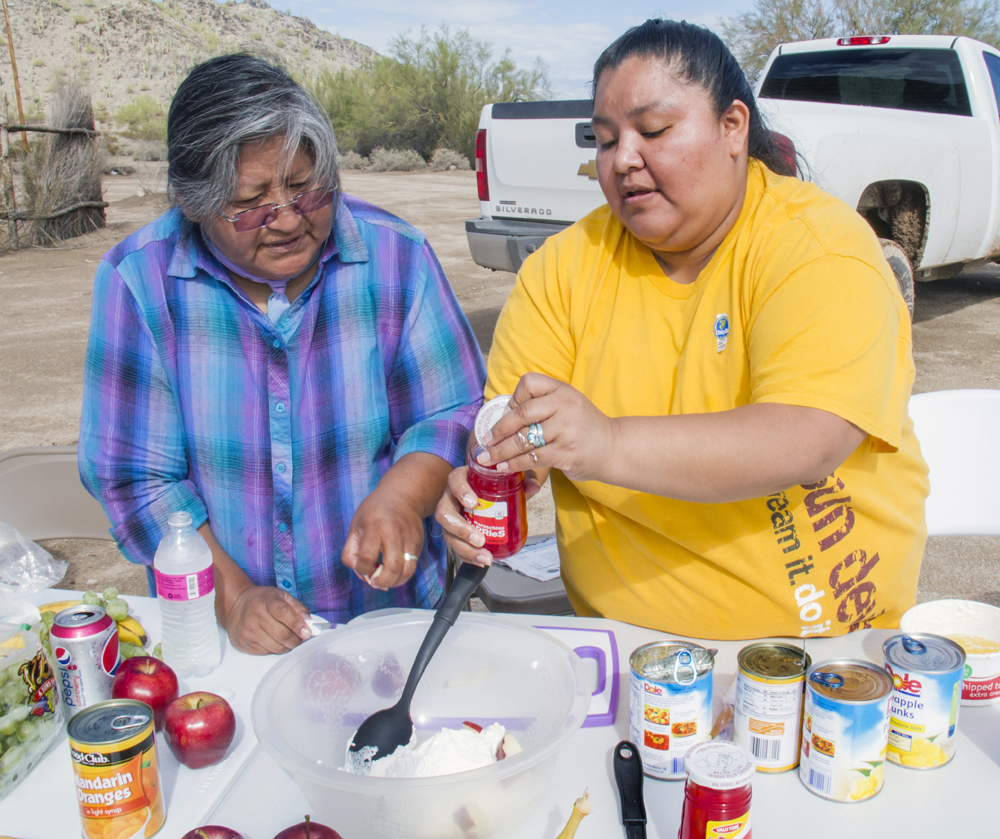 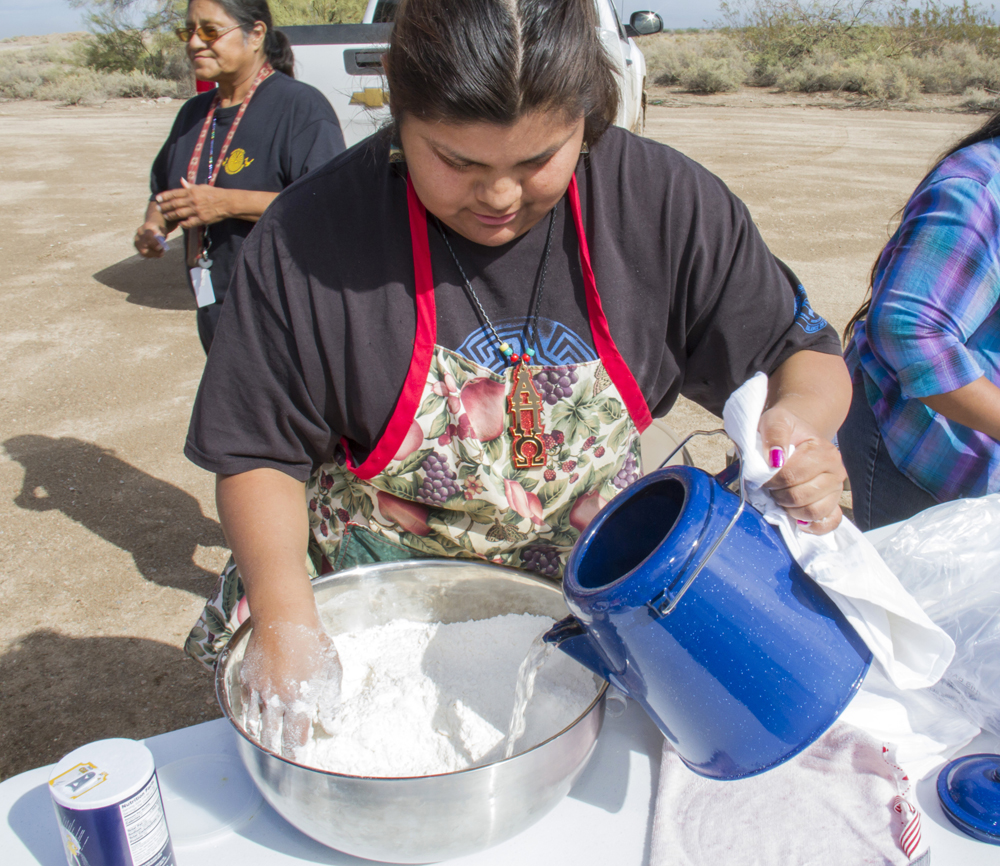 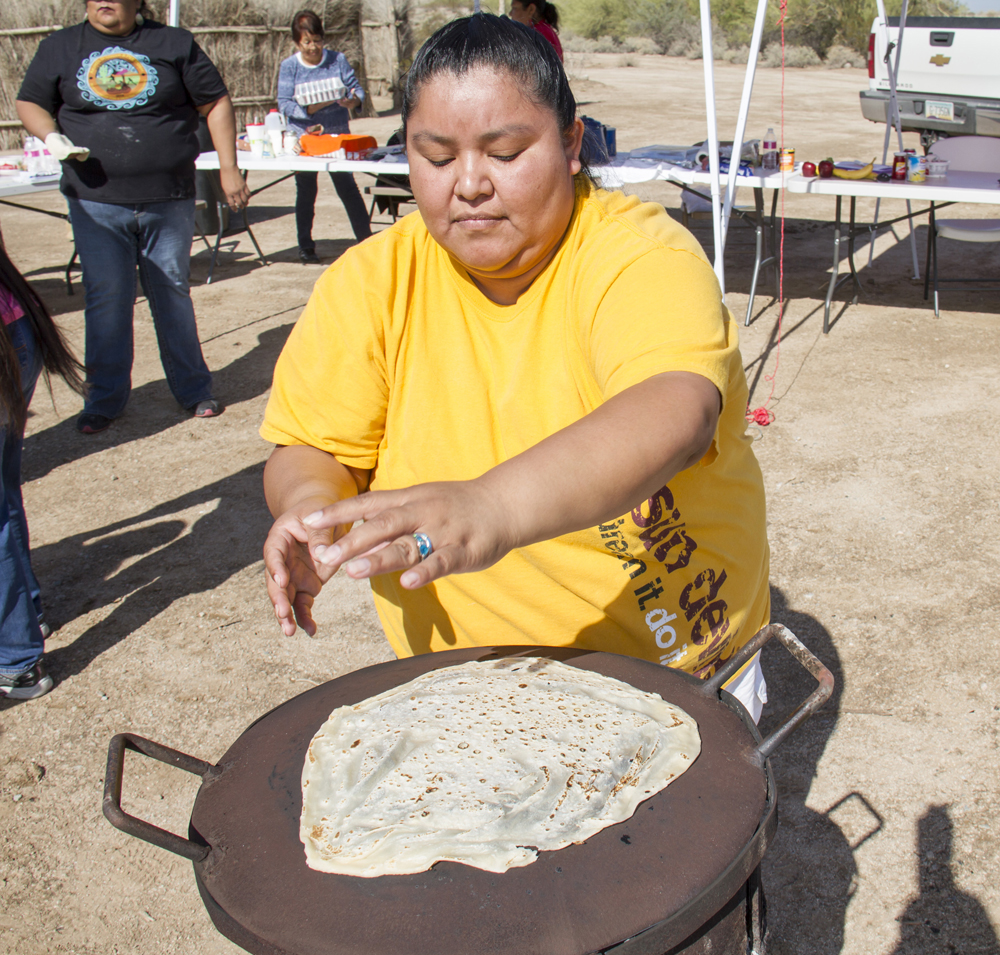