Family of pool players aims for nationals in Las Vegas

It’s league night at 480 Bar. The loud crack of a cue ball signals a strong break and things get rolling.

Tonight the 480 Shooters face off against Less Poke More Stroke! – a rivalry match with family members on both sides of the table.

“When we originally started [the 480 Shooters team], it was me and my husband, Manuel Lucero,” Rose Lucero tells me. “But then, as we grew, and my sons joined in, he decided he wanted to venture off and make a new team.”

The low ceiling hangs with mellow light in the Chandler bar, where two pairs of Division 18 teams square off over four pool tables. Classic rock anthems play from a touchscreen jukebox. The team on the other side of the room? That’s Manuel’s team. Tonight it’s husband versus wife. Rose laughs.

Rose is the matriarch of her team, which is made up of mostly family members. Her sons Joseph Pablo (the team captain) and Franklin Pablo, Jr. are on the team as well as her nephews Jeff Stone and Armando Holguin. They are all from the Gila River Indian Community, District 5.

Mike Romero isn’t a Community member, but “he might as well be” family, Stone says. Romero works for GRIC Behavioral Health in Sacaton. Joe’s wife Shea joined the team last year, and the most recent addition is Franklin’s friend Jeremy McEntire.

The 480 Shooters is a part of the American Poolplayers Association (APA). Every Tuesday night is league night for Maricopa County’s APA teams.

On this particular night, while the rest of the world is anxiously watching the presidential election results roll in, pool players across the Valley are shooting the breeze poolside.

“Right now we’re sitting at just over 200 [teams],” Maricopa County APA League Operator Doug Nowlin tells me in the neon glow of bar light. Typically about 10 teams make up a division and there are just over 20 divisions in the region. Teams consist of five to eight players.

“I enjoy playing because I played when I was younger,” says Jeff Stone, 32, as he draws his cue from its sheath.

“I like the [mental] aspect of it,” he adds, “Planning your shots ahead of time – it’s like chess. [And] it’s kind of therapeutic in a way, too, because I’m focused. I’m not thinking about all the other stuff going on in my life. It’s kind of a break from that, so I think that’s what I enjoy about it most.”

Stone enjoyed playing pool for fun as a kid.

“I think I was just brought into it because my dad and his brothers played. ….One of my uncles even bought a used pool table and put it at my grandma’s house underneath the vatho and we had to prop it up with some wood to make it [level].”

But it wasn’t until he joined the 480 Shooters three years ago that he started to take it seriously.

Back in the bar, a triangle of 15 targets explodes across the evergreen felt. Solids and stripes ricochet off padded banks and the eight ball teases a side pocket – but stops short of dropping in. Joseph will let it sit there until he needs to sink it for the win.

Joseph Pablo is a level six in APA 8-ball, which is just below the system’s black belt level of seven. As team captain, Pablo makes sure his seven other team members are keeping up on their skills, strategizes who to send out on a matchup, and drops mid-match advice to his mates when necessary.

“When I first started playing, I [would] blast the ball and hope something goes in,” says Pablo. “It took me a while to realize you can’t really do that a lot.” Over time, he says, “I learned to control my ball a lot better.”

Pablo, 30, says he got into pool because his mom, Rose, got him and his brother into it a little over six years ago.

“I like that we have lot of family,” he says. “And then we have a lot of friends that come in. They’re all family. And we just have a good time.”

They may be there to just have fun, but they play with tenacity. This casual, family team has the potential to be one of the best in the state. Last year, breaking expectations – even their own – the 480 Shooters went to the 2015 APA National Team Championship. Joseph tells me the story with a nostalgic grin.

“That was fun,” he says. “We had to win in two tournaments in order to qualify to go to Vegas.”

To get there, the team placed in the top three in their division. From there, they went to a larger level tournament called Tri-Cities in Mesa. After that, they qualified as a wild card in the next level up, the Cities tournament.

“We played our best, man. It was exciting. It came down to one game, with my brother having to win,” says Joseph. “Oh it was nerve-racking. He was on the eight ball, but it…was a difficult shot, and we went for it, and he made it, and…that’s what sent us to Vegas.”

The APA is the largest pool league in the world, with leagues in the U.S., Canada, Japan, and now

The 480 Shooters were eliminated in the third round at the national level, but they said the best part was having fun and meeting other pool players. That’s what Rose likes best about the sport.

“We know everybody here because most of these teams are from here,” she says in a corner of the bar, “but when we travel out [into other parts of the Valley,] we meet people in the other bars. ... Most of the people [in the league] are friendly and they talk and we joke and we just come out and have a good time.”

The team is hoping to go to nationals again, but family and fun come first, Rose says.

“We come to have fun whether we win or lose. I mean, sure, we want to win, but if we lose, we still had fun, and that’s what it should be about.”

Tonight, they did both – had fun and won. Now they’re one step closer to a return trip to Vegas. 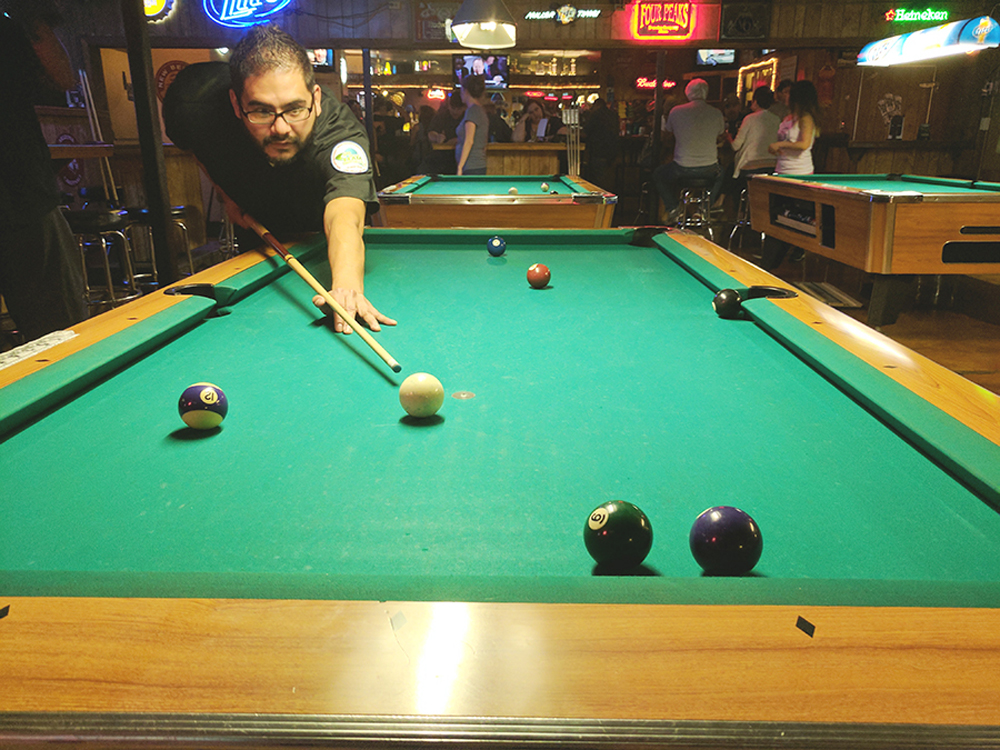 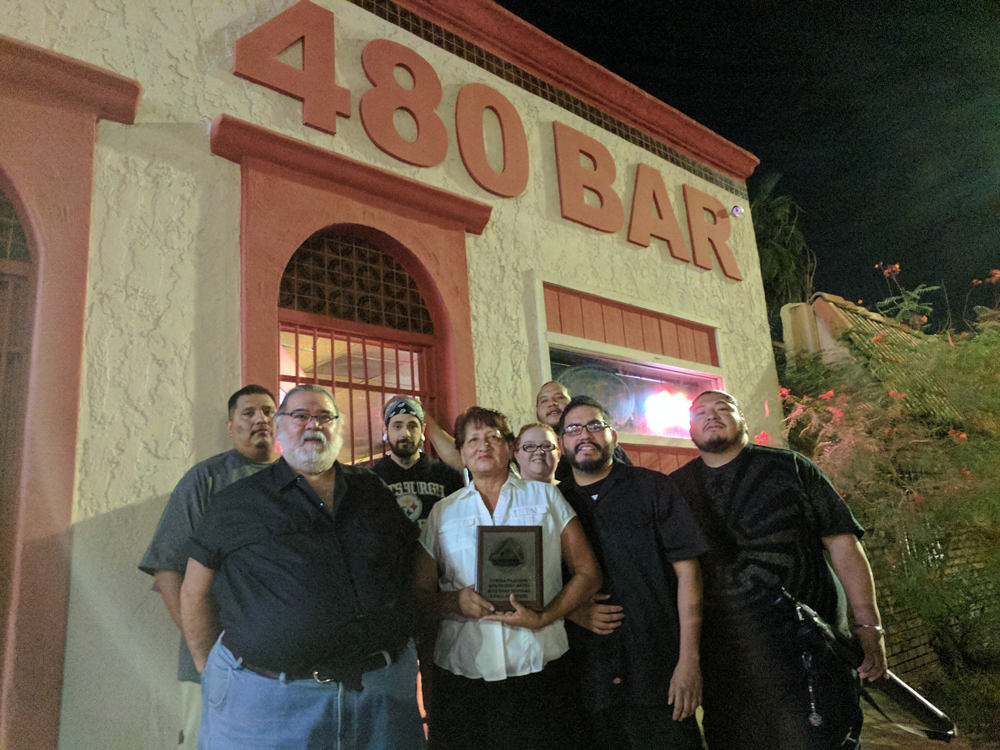 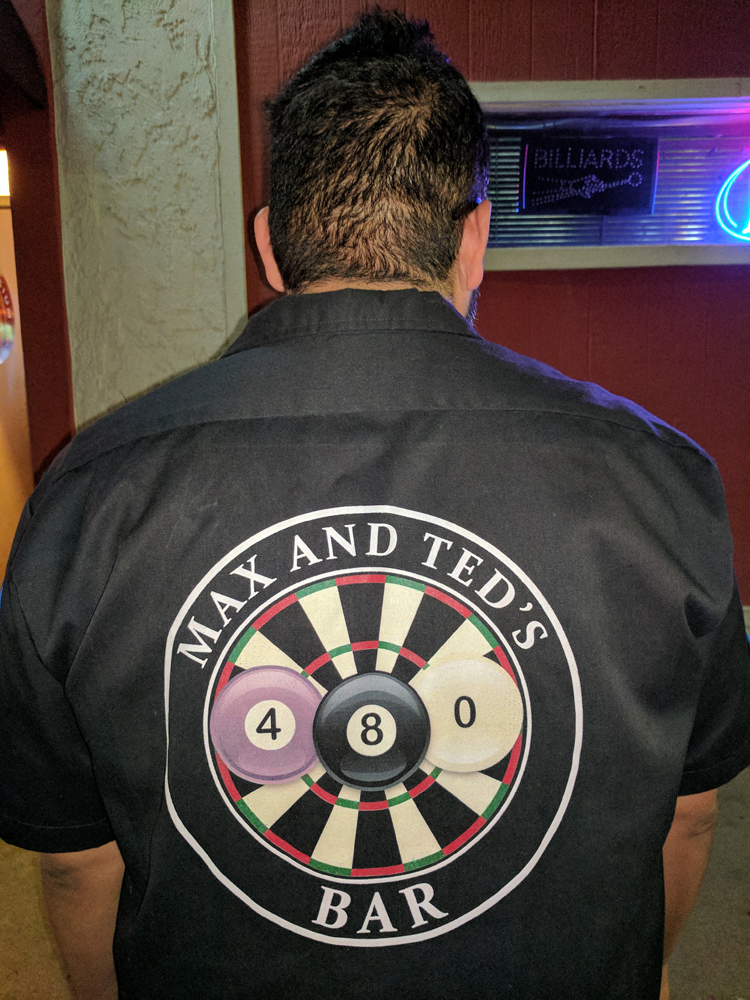 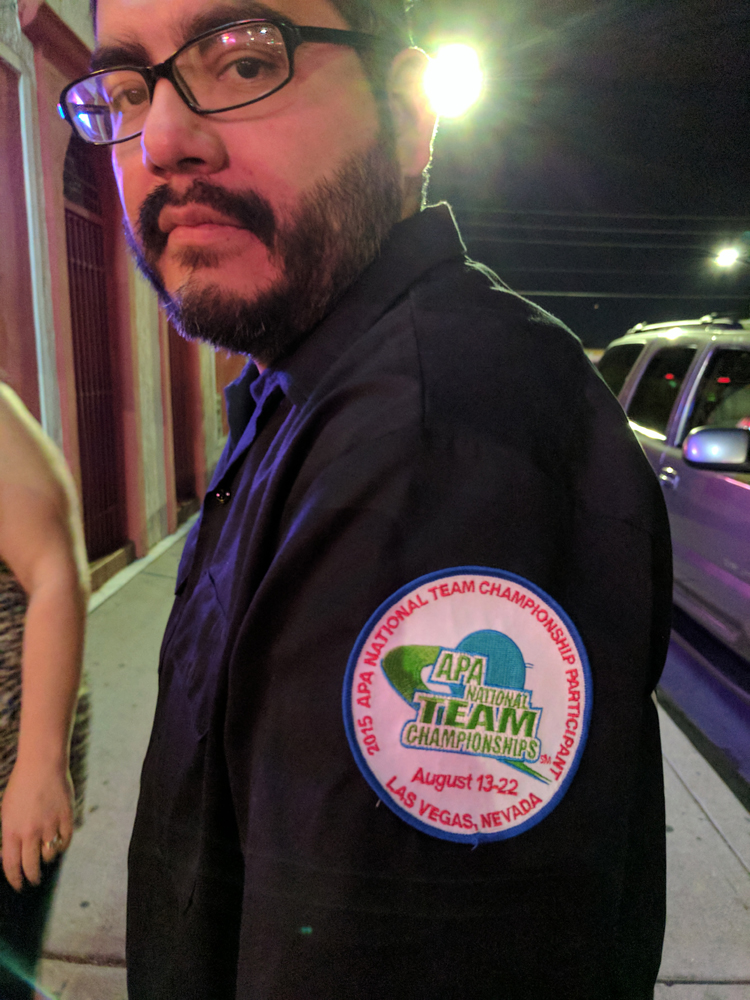 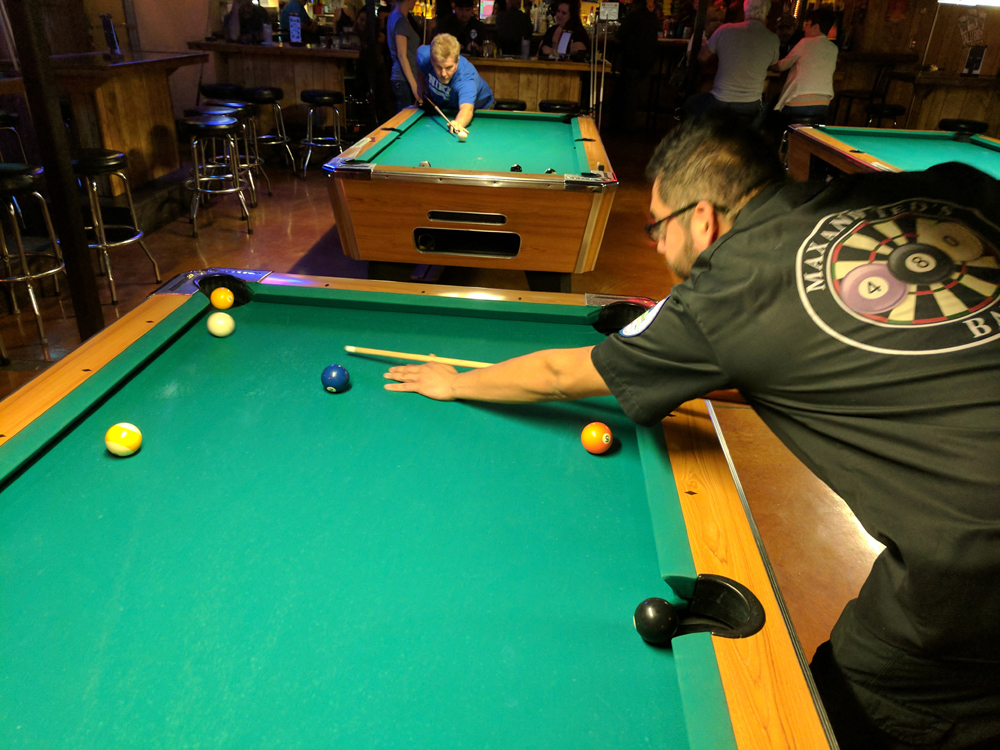