Gila River Police officers responded to 603 calls for service and made 44 arrests.

Burglary - Behavioral health services staff reported a suspect(s) stole items from within a storage shed which is located west of Vehchig Himdag Alternative School. Staff discovered damage to the storage door, which was unsecured and it is unknown when the damage actually occurred or when items were taken. Staff indicated the items taken were three canopy, one popcorn machine and possibly event tee shirts.

Aggravated Assault – A male suspect pointed a gun at the victims at their place of residence. The male subject continued to ask for money while hiding his face with a t-shirt. The resident called the police and the subject fled from the area. No one was injured during the course of this incident.

Aggravated Assault - A Sacaton Middle School student reported to school staff that another student had taken a knife to her and cut her in the wrist. The school principal confiscated the pocket knife and mentioned two other male juveniles who were involved. All three male juveniles were suspended from school. The victim’s injury was superficial.

Arson - At an unknown time a suspect(s) lit fire to an unoccupied residential structure. The fire investigator determined it was arson and the homeowner was notified of the incident.

Weapons - Officers were dispatched to Snaketown Circle in reference to shots fired in the area. The suspect was located and found to be in possession of drug paraphernalia, a defaced handgun, and several rounds of ammunition. A further criminal history check showed the suspect had a prior felony conviction and therefore was a prohibited possessor.

Theft - A female suspect was observed on security footage taking a cell phone from a slot machine at the lone butte casino. The female subject was not able to be identified during the investigation.

Shoplifting - Hugo Boss Factory Store staff reported a shoplifting. Investigation revealed two Native American or Hispanic males, entered the store and took Polo t-shirts from the store. The males held the items in their hand and ran out of the store in an unknown direction.

Status: Under Investigation (Upon follow up all four subjects have been identified and charges filed)

Auto Theft – A male suspect committed unlawful use of transportation by entering and removing a 2002 Chevrolet Silverado from the parking lot at the Vee Quiva Casino and Hotel.

Theft – A female suspect committed theft by taking a pouch belonging to a female at the Vee Quiva Hotel and Casino. The suspect left the casino before police arrival. A slot ticket was inside of the pouch which was cancelled by the slot department and reimbursed to the victim.

Theft - Suspect was found passed out in the rear passenger seat of a grey 4 door sedan with damage to the steering column in the area of Saint Johns Rd and Ray Rd. A check of the vehicle was conducted which revealed the vehicle was stolen within the Gila River Indian Community. A search of his person revealed an ignition switch with a screwdriver punched in his front right pocket.

Weapons - Officers were dispatched to Tashquinth Drive in reference to shots fired in the area. The suspect admitted to shooting a handgun and the subject was taken into custody. The handgun was seen in plain view inside the suspect’s vehicle.

Theft From Motor Vehicle - Two male subjects broke into a Chevrolet pickup truck while it was parked at Vee Quiva casino and stole numerous items. It was determined the suspects had stolen stereo equipment along with various tools which had been in the vehicle. The victim also reported money missing from his center console. 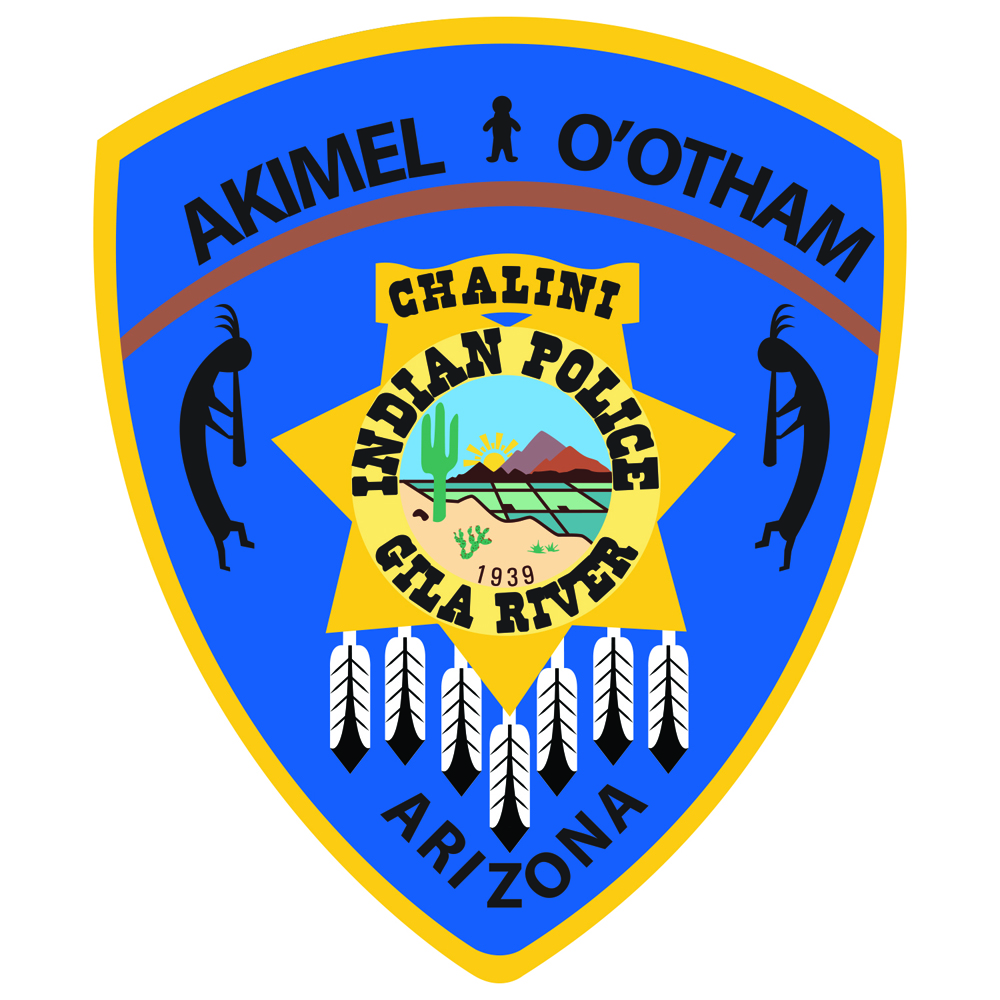