Veterans Day Celebrations were underway in the Gila River Indian Community on Nov. 11. District 1 and District 4 honored Community veterans for their service and sacrifices with a pair of special events. A Veterans Day parade was held in Blackwater, which was followed by services at the Ke’li Akimel Ballfield. District 4 Service Center treated local veterans to an appreciation ceremony that concluded with traditional dancers.

A 5k and 2-mile fun run and walk kicked off the District 4 celebrations as Community members came out to honor the service of veterans from District 4 and across the Gila River Indian Community.

After the walk ended there was a traditional performance by the Vah-Ki Basket dancers led by District 3 resident Taras Johns, which was followed by drummers who sang an honor song for veterans.

Ira H. Hayes Post 84 provided a military posting of the colors followed by a rendition of TAPS to remember the fallen service men and women.

When the colors were raised veterans and their families made their way into the District 4 recreation hall and were treated to a breakfast and program to end the day’s event.

Former GRIC General Counsel, Rodney Lewis is a U.S. Army Airborne Ranger. He offered remarks of appreciation for the veterans’ for making the decision to defend the Community and the nation as a whole.

“I want to thank all the veterans for serving. It’s always good to see [you] all here to be recognized for your service,” said Lewis.

Lewis talked about the volunteerism by Native American men and women, who fought for reasons that transcend the ideals of patriotism.

He said their service was about protecting the ancestral lands and natural resources their people relied on to survive. Individuals like his uncle Cpl. Richard Lewis and veterans in the room served for the same reasons.

She said Community members have always maintained a sense of duty to protect their ancestral lands in conflicts long before joining the U.S. Armed Forces.

A few districts away in Blackwater, residents lined Blackwater School Road for a Veterans Day parade. Heading up the parade was the Haskell Osife-Antone Post 51. The parade was in honor of World War II veterans, known as “The Greatest Generation.”

Following the parade, the festivities commenced at the park. Henry Pino conducted the rest of the day’s activities, which included performances, awards and other recognitions by Post 51.

Gov. Stephen Roe Lewis joined Post 51 in honoring U.S. veterans. “We have to be thankful for our veterans,” said Gov. Lewis. 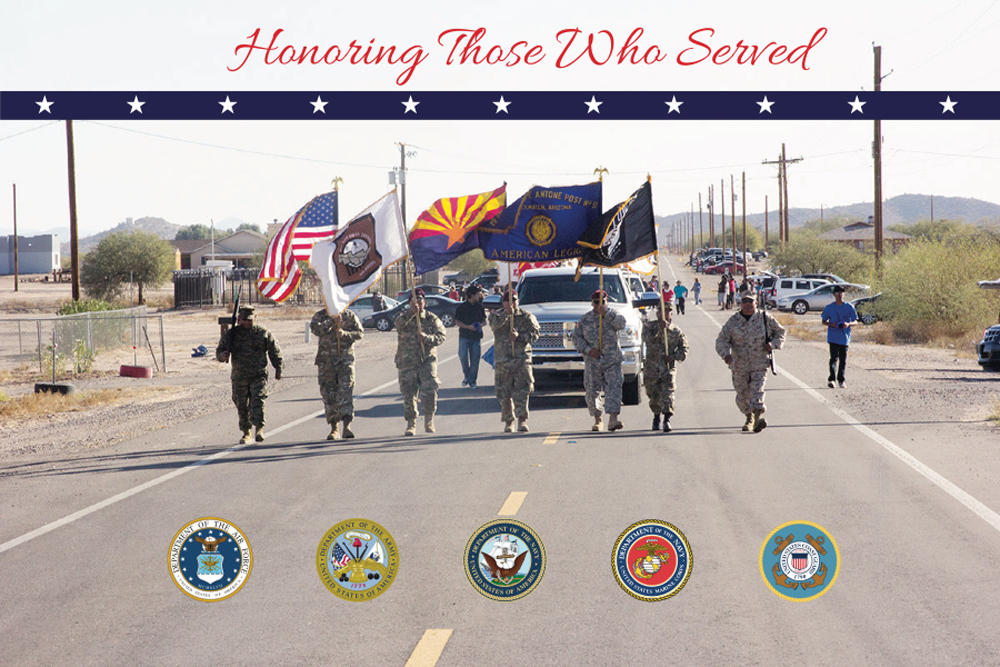 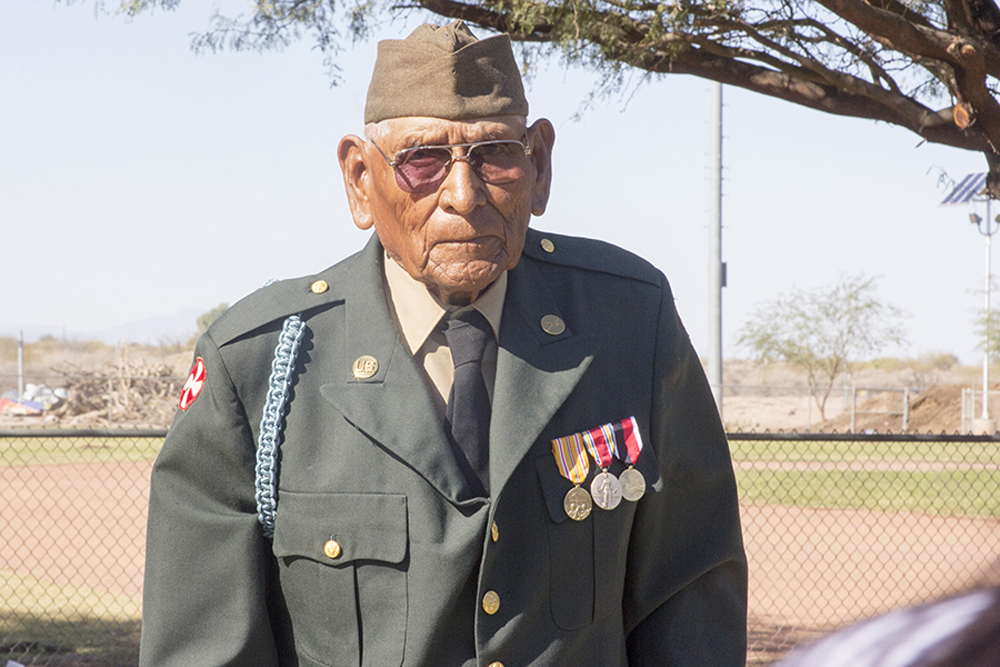 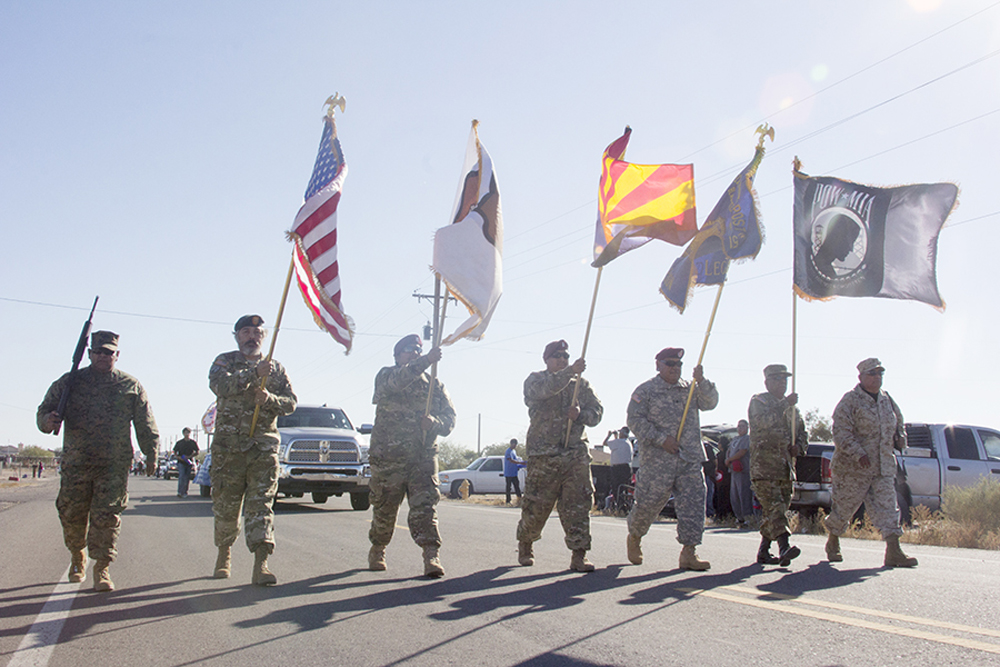 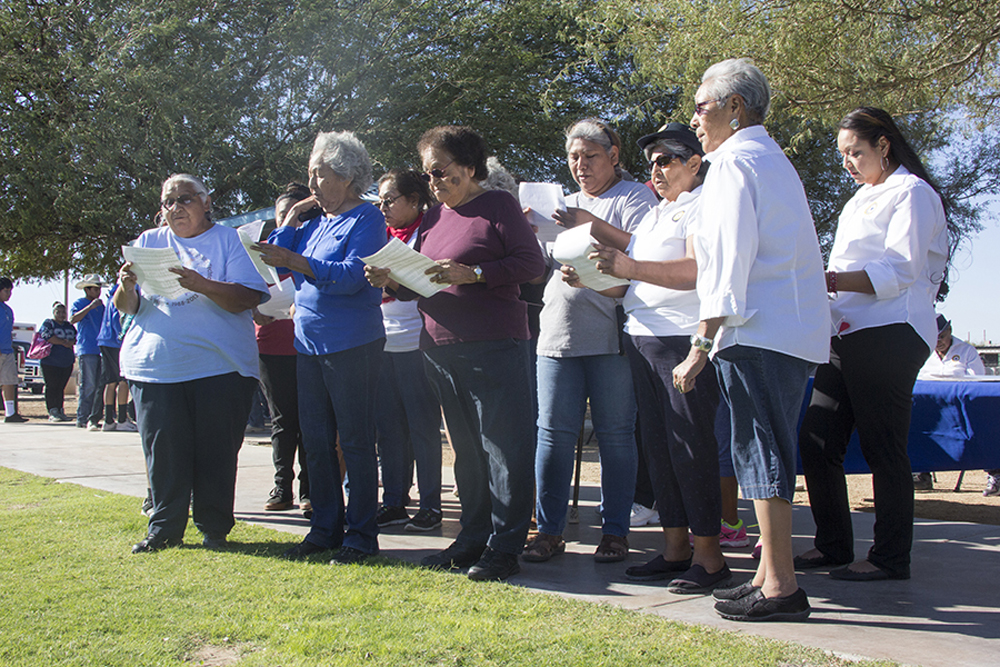 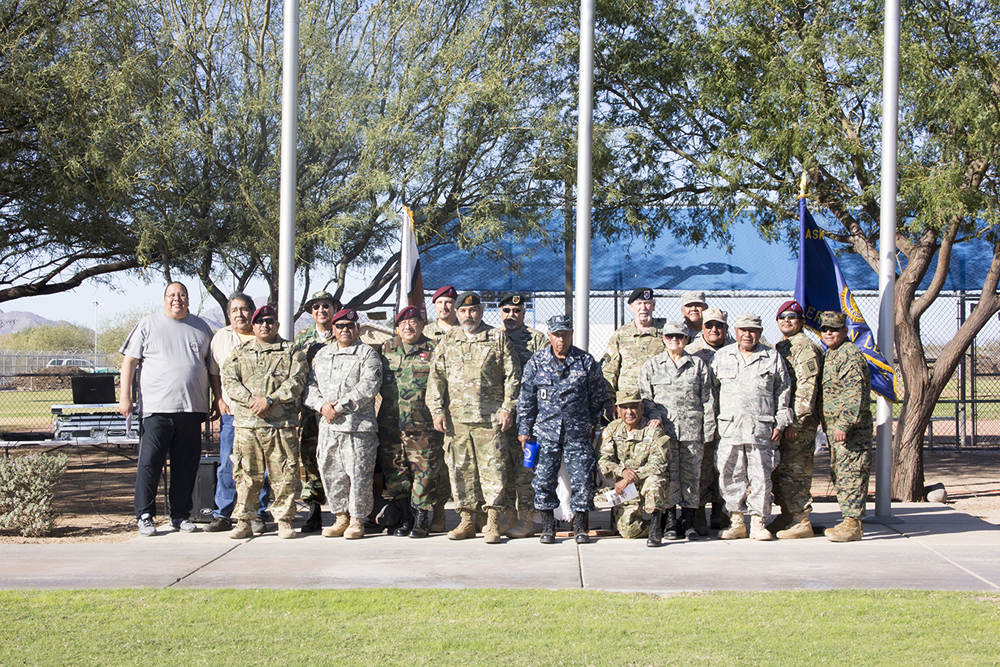 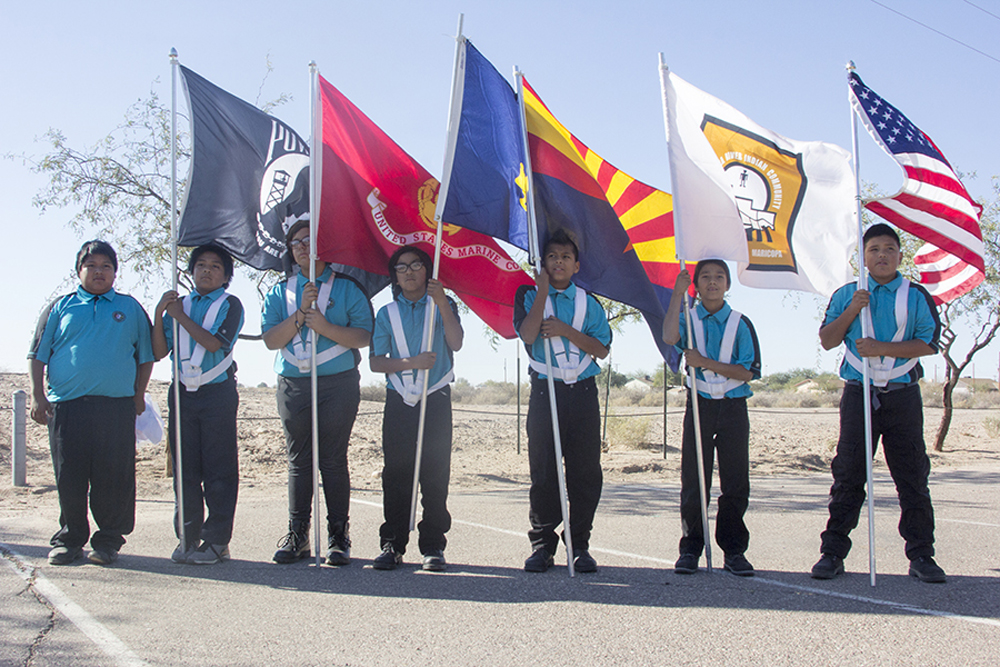 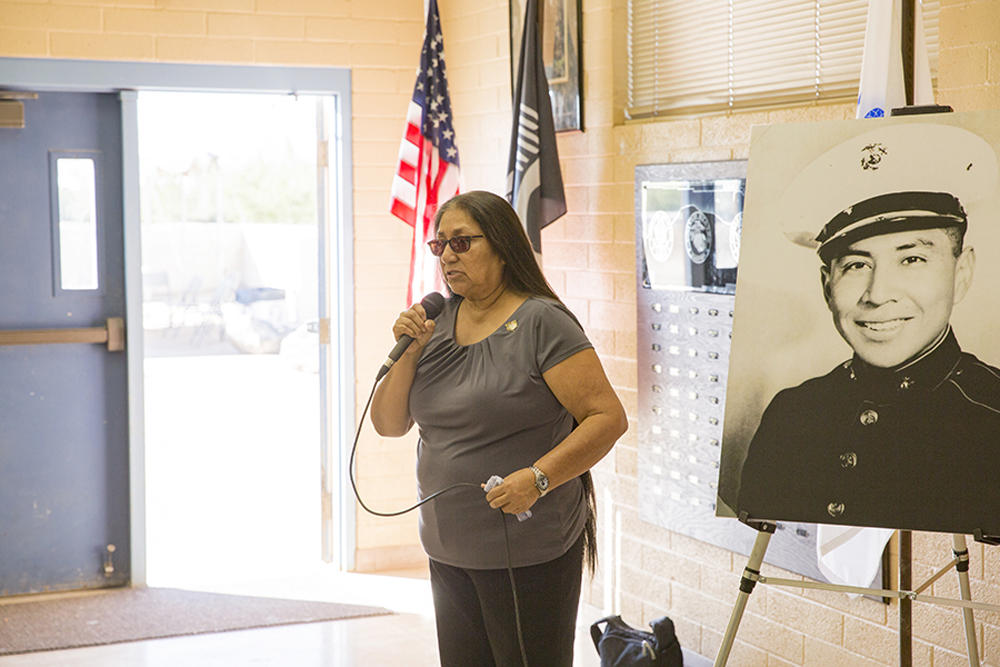 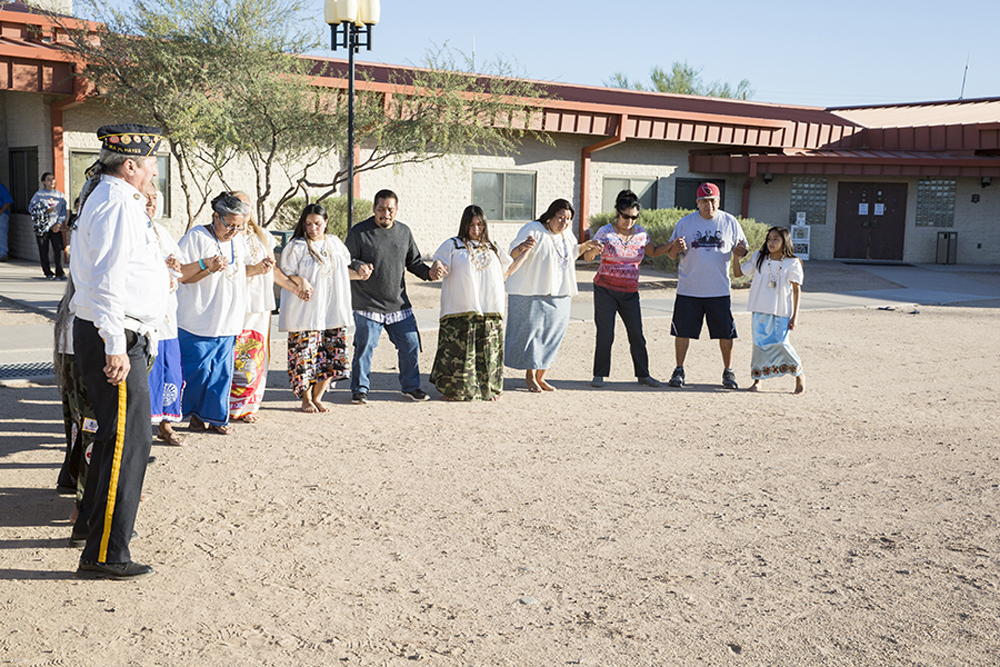 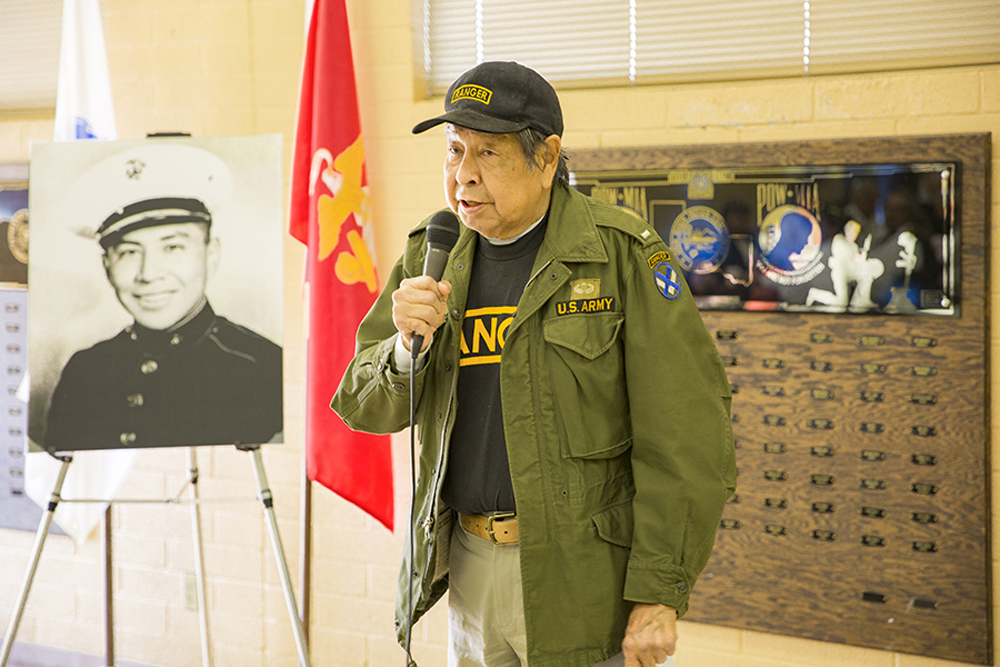 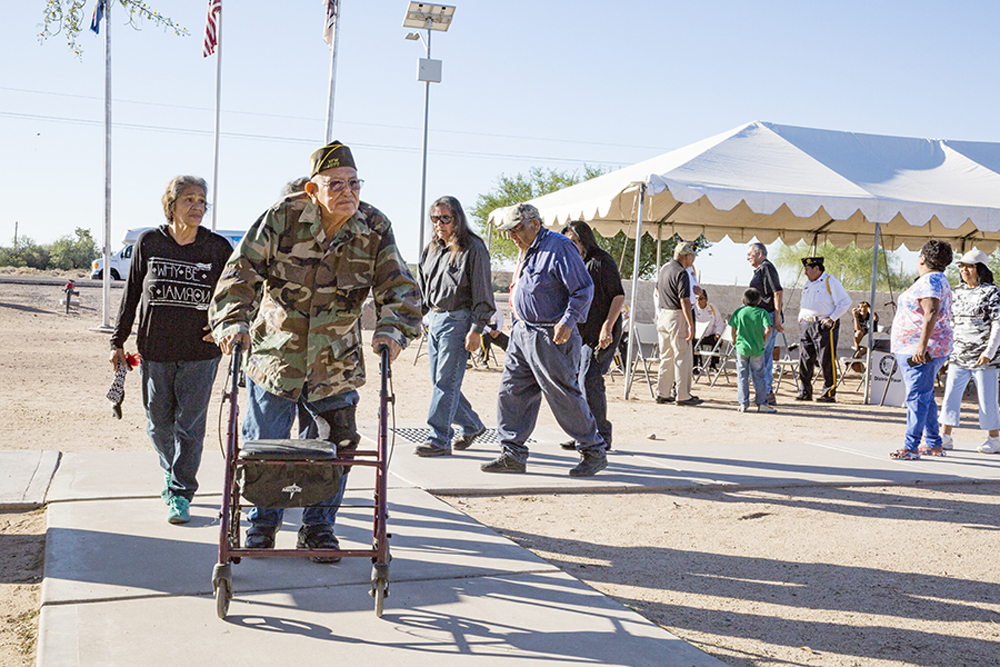 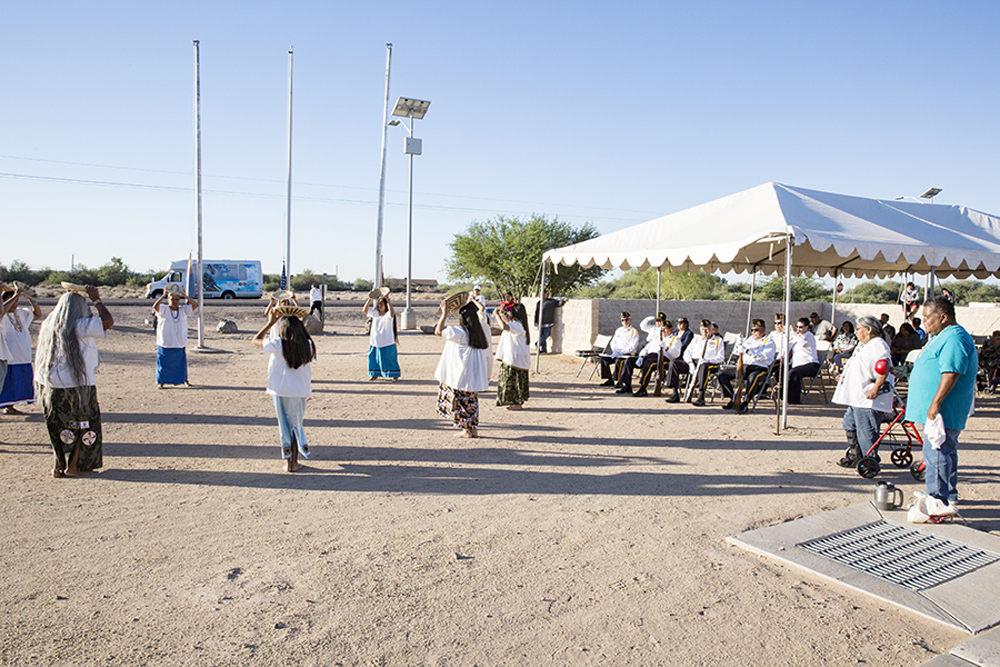