The first Veterans Day parade in Coolidge, Ariz. recognized one of the Gila River Indian Community’s very own in U.S. Army veteran Sgt. Darrell Whitman. Whitman, 30, served in the U.S. Army from 2006-2010 in Iraq while fighting in the Global War on Terrorism.

The parade committee selected veterans from conflicts going back to World War II to participate in the parade with Whitman representing the veterans who served in Iraq.

Kim Rodriguez, with Honoring/Hiring/Helping Our Heroes of Pinal County (HOHP), said the committee was impressed with Whitman’s ongoing commitment to veterans as the Haskell Osife-Antone Post 51 Adjutant and as an Americorp Member. “The committee agreed that he would be the representing the Iraq conflict for Coolidge,” said Rodriguez.

Whitman is also a Coolidge High School alumnus, which made the homecoming even more fitting.

The parade, held Nov. 12, started at First Street between Coolidge and Central avenues, and headed west on Central Avenue to north on Fourth Street to Northern Avenue and then east to Main Street with approximately 48 entries all together representing Coolidge’s best and brightest.

For a first time parade, the response has been encouraging. “We’ve gotten some really good, positive feedback for being the first one in Coolidge,” said Rodriguez.

Following the parade there was an honor ceremony at the Military Honor Park Artisan Village of Coolidge. The veterans in the parade were also given a blanket from a Gold Star Family from Pinal County as well as a certificate and a Pinal County pin. 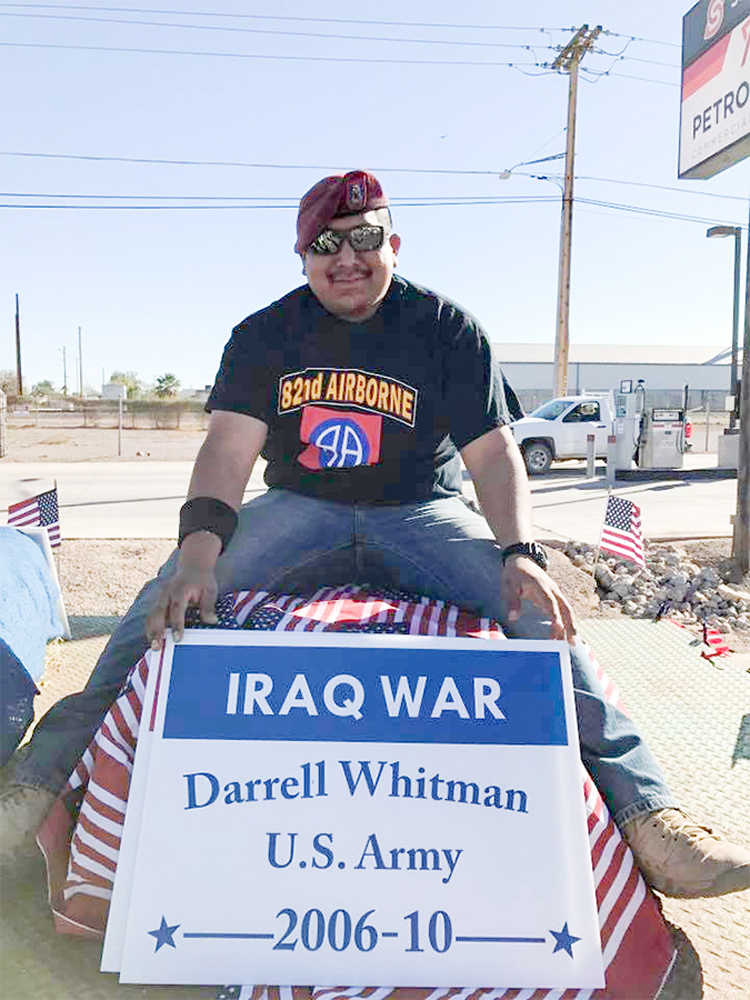