A delegation of Hawaiians performed a Hawaiian Protocol Ceremony in front of over 100 elders at the District 2 Multipurpose Building, on Nov. 9, in an effort to announce their presence to the Gila River Indian Community and ask permission to be on their ancestral tribal land.

While the two groups faced one another in the multipurpose building’s gymnasium, the Hawaiians performed a traditional dance followed by Lewis singing “Zig Zag Mountain” in the O’otham language.

Afterwards an Awa Ceremony, an ancient Hawaiian tradition where participants drink a kava root based beverage, was held in front of an audience of Community elders.

Kahuanui-Paleka, who led the Awa Ceremony, said the ritual is a unification of Native Americans and that it offers participants a time to be still and connect with ancestors, the future, and the present.

Each member of the Hawaiian and GRIC groups drank from a bowl made of wood that was grown within the Community. The bowl was filled with a mixture of Hawaiian spring water, GRIC water, and kava root. After drinking from the bowl, each participant expressed a personal and heartfelt sentiment to the surrounding crowd.

“It was a great honor and I was really pleased to be invited to participate [with] the Hawaiian group,” said Lewis. “I believe that all of us, the…representatives of the Community, did demonstrate respect and cooperation with them, and that we believe that all this will bring good feelings and bond us together,” he said.

Lt. Gov. Antone said the respect shown by the Hawaiian delegation to the Community says a lot about their culture. She added that the O’otham and Hawaiian cultures share many similarities.

“They really are respectful of other lands. Even in Hawaii they are the same way, very open, feeding people, the same traits we [O’otham] have. Somebody comes to your home; you feed them, (give them water). They are on an island and we are in the desert, [yet] there is so much similarity,” she said.

“It was very heartwarming because they are very good at honoring the water, honoring people, human life and…spirit,” she said.

How Hawaiians came to live in the desert

Since the opening of the Saguaro Correctional Facility (SCF) in 2007, Hawaiian inmates, many of them of native Hawaiian ancestry, have been sent to the private prison in an effort to alleviate the island’s overcrowded prison system.

In an April interview, Thompson, who has been ministering to the Hawaiian inmates since 2008, said the initial idea of performing the Hawaiian Protocol Ceremony started with Hawaiian Spiritual Practioner, Colleado.

When Colleado first visited SCF and learned the prison, which currently houses 1,600 Hawaiian inmates, sat on ancestral O’otham land, he knew that by not announcing their presence to the Gila River Indian Community, a serious breach in traditional Hawaiian protocol had been made.

In an effort to make things right, Colleado attempted to announce the Native Hawaiian inmates presence to the tribe.

Thompson said, “[Colleado’s] first instinct, as a Hawaiian man, was to conduct a protocol and seek-out a spiritual covering (a type of spiritual blessing or protection) in the announcement to the Native people who had been granted stewardship over the property here.”

However, at that time, Colleado was directed to the wrong tribe, the Yavapai.

Thompson said that because of this mistake, an error had been put in place between the two groups of people, which is why the Hawaiian delegation visited GRIC on Nov. 4, “To make right that breach in protocol,” he said.

“For the Hawaiian, this protocol is part of everything they do,” said Thompson. “This protocol is not only to announce their presence, but ask for spiritual covering.”

Colleado said that there are 1,600 Hawaiian men incarcerated on O’otham ancestral land and no one had ever asked the Community for permission to be on their land.

“This land has been given to them by the Creator and they have spiritual jurisdictional rights to govern over this land and those that come into this land,” said Colleado. “They are responsible for all those that pass through. We are a people of spirit, so we understand that totally and completely and know how important that is,” he said.

As the ceremony came to an end, Community elders enjoyed Hawaiian cuisine, a hula dance performance, and Hawaiian music played by Colleado. During the lunch feast, a bowl containing the Awa ceremonial water was taken from person to person so everyone could take part in the Hawaiian ritual.

Norris, who was one of many Community elders to take part in the Awa Ceremony, said that it was an honor to participate in the event and important to understand the real meaning of why they came to the Community.

“We accept their apology, we accept them,” she said. “It really makes me feel that we are all one big ol’ family, even though we are so far apart, miles and miles away from each other, we are still one big family.” 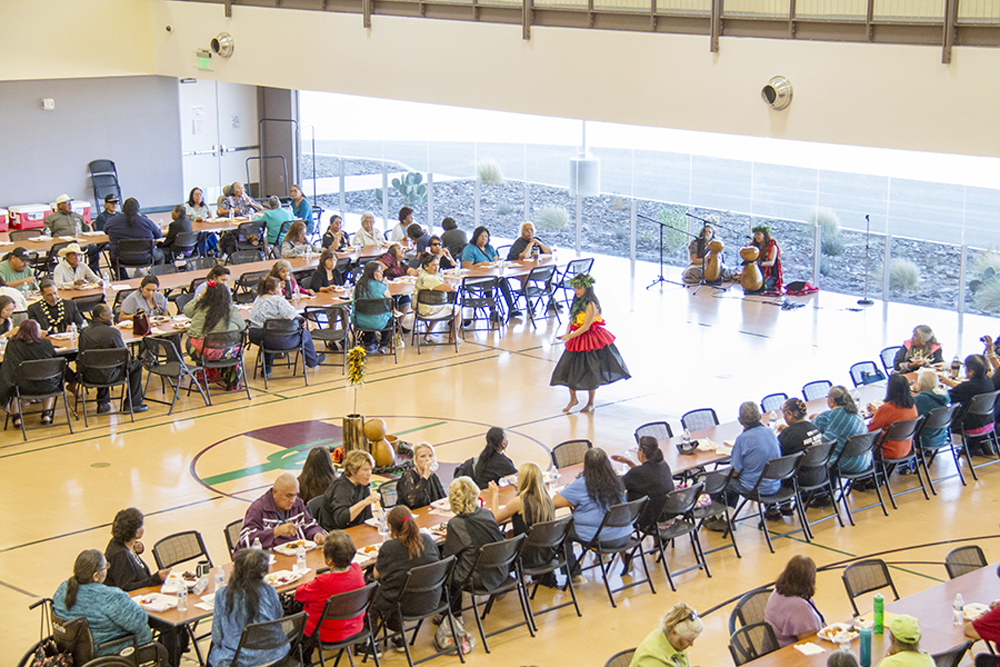 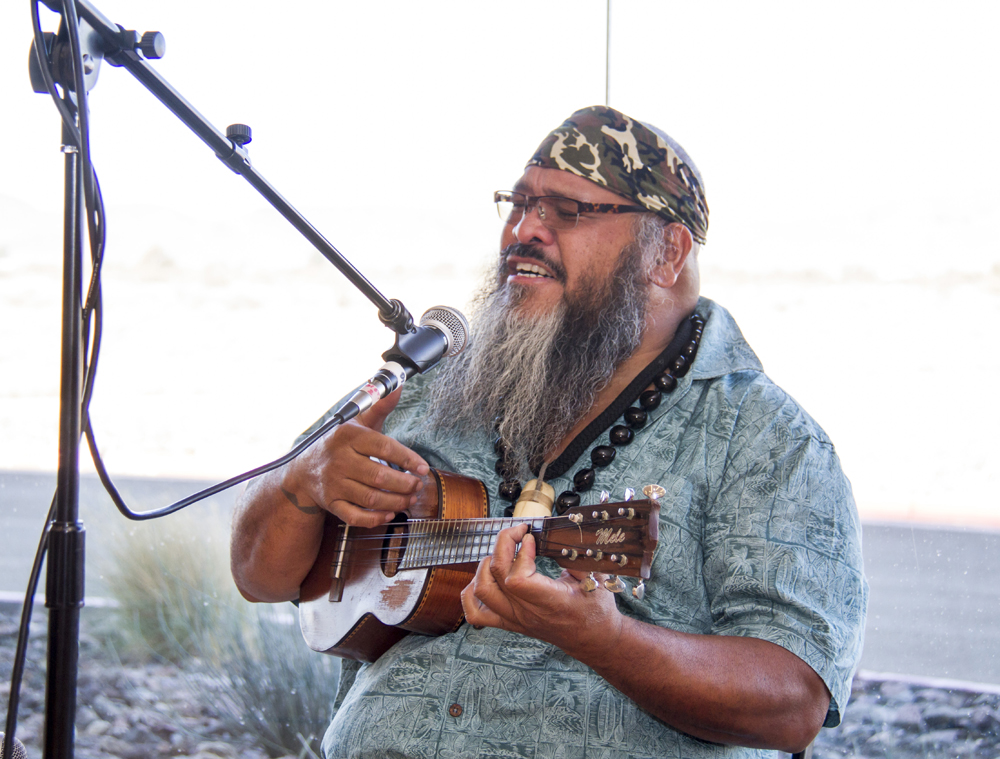 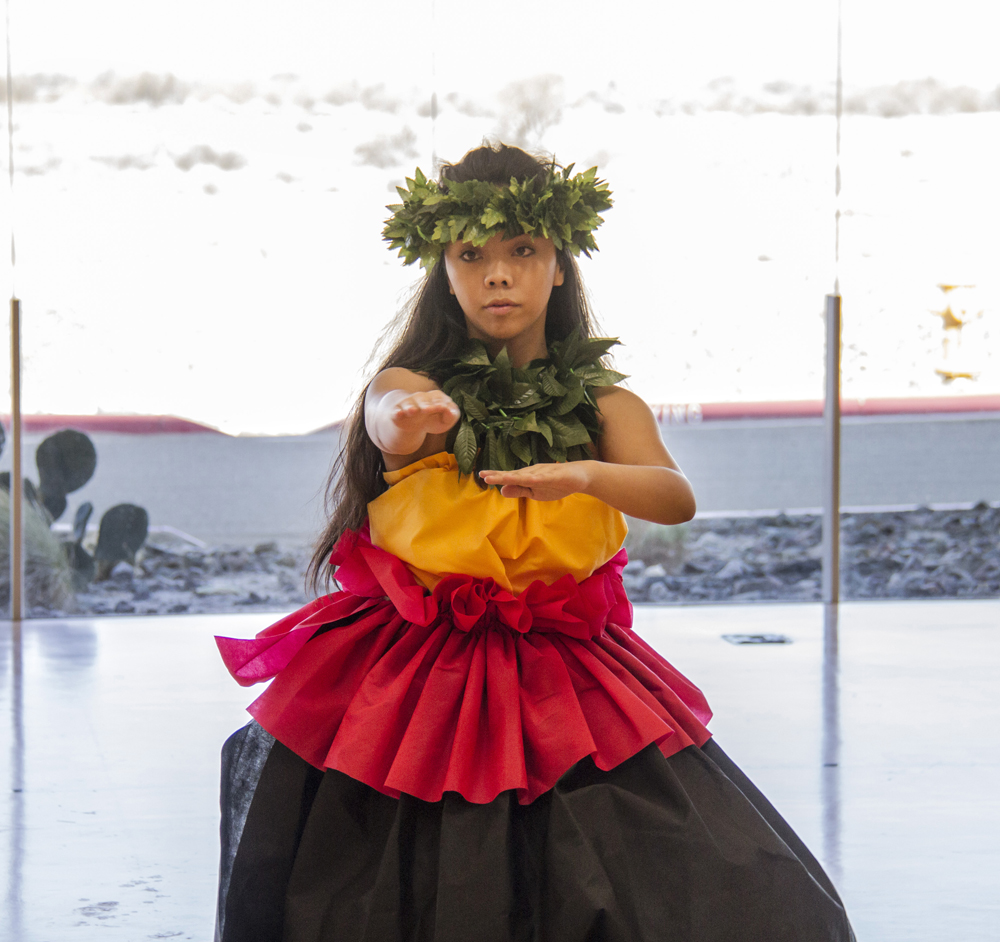 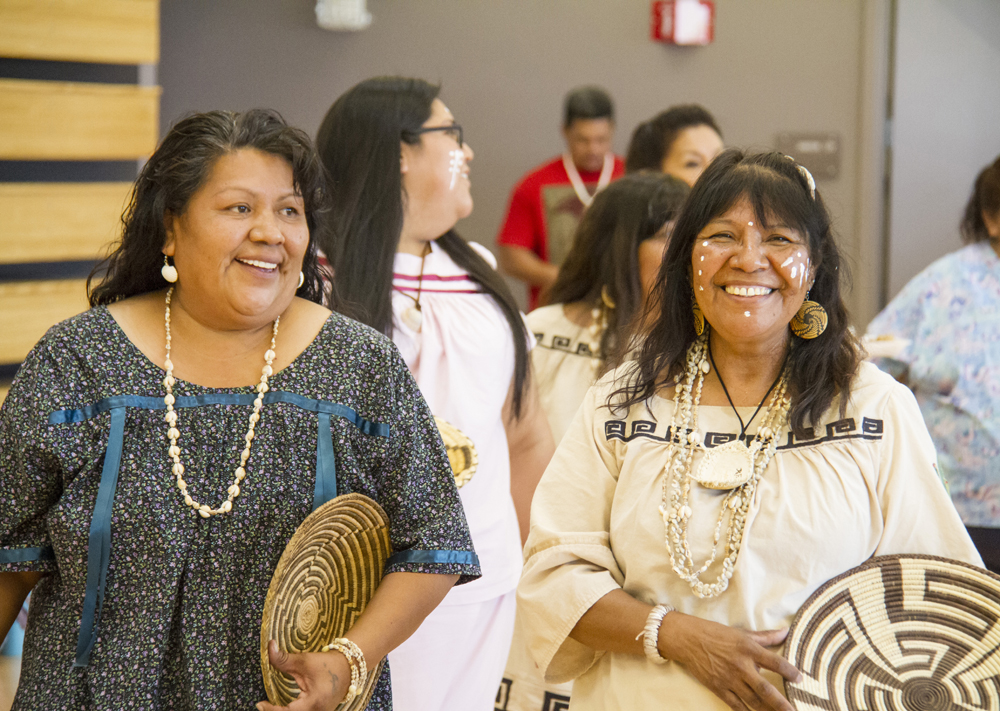 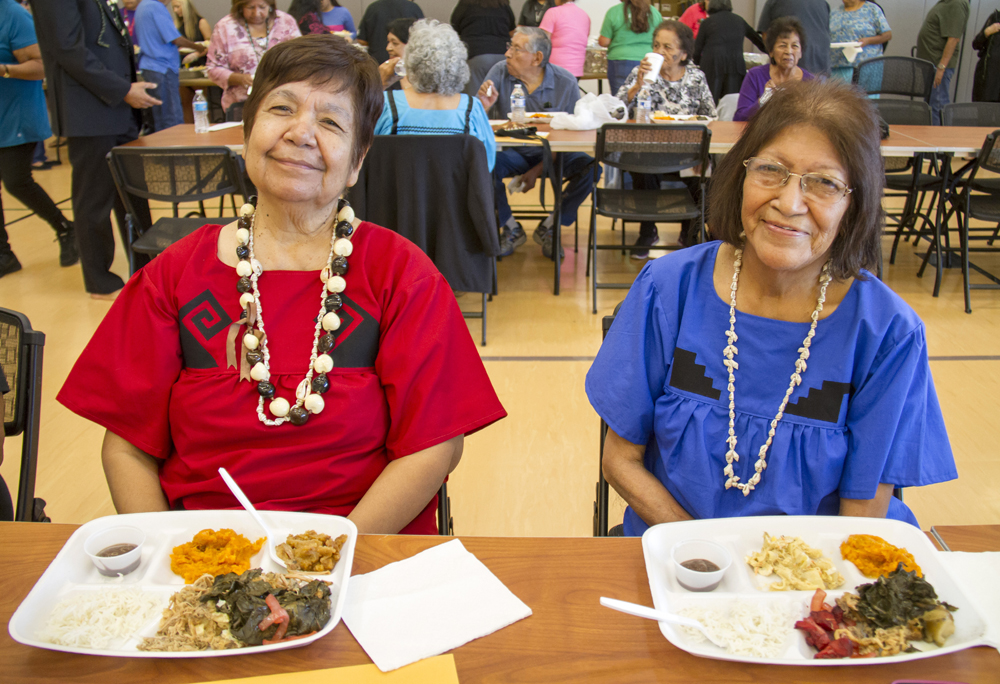 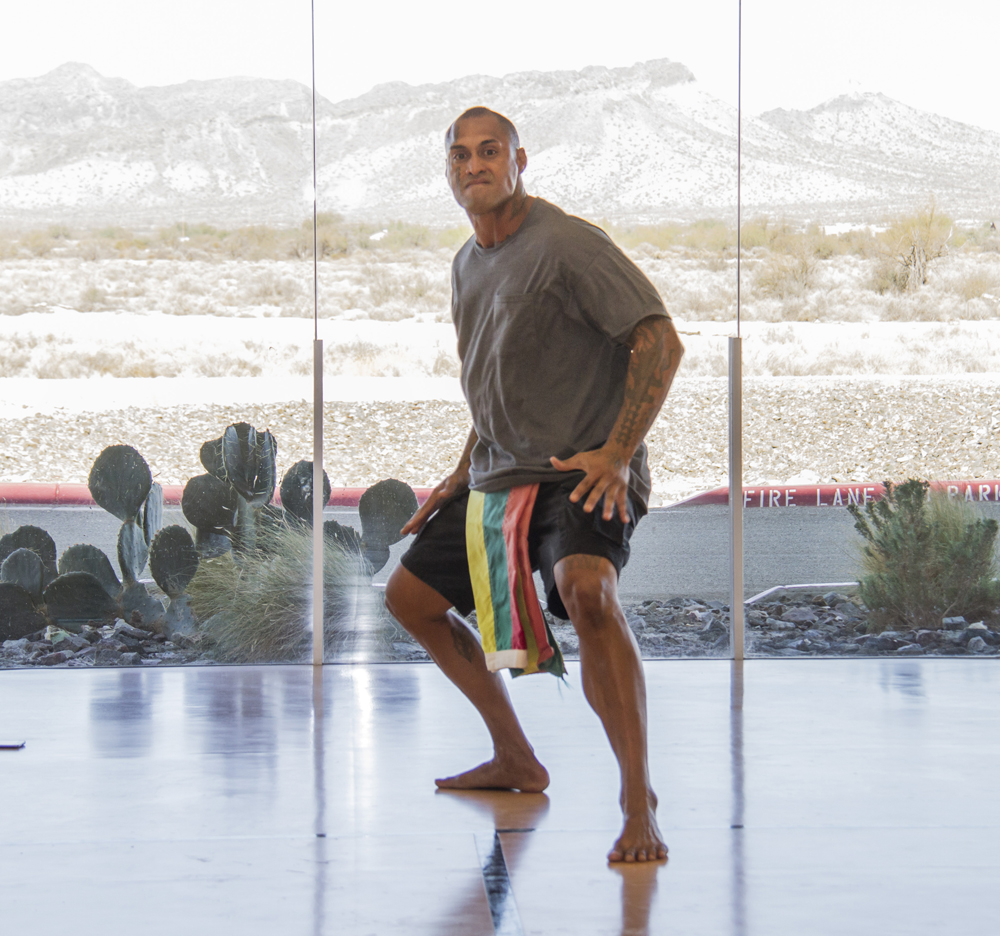