Men and women in uniforms adorned with patches and insignias came together for a special tribute ahead of Veterans Day.

As the evening settled, the thoughts of many turned to remembrance at the American Indian Veteran Sunset Tribute event at the Heard Museum on Nov. 7.

It was a reunion for several of the veterans in attendance as they shared jokes and stories of time served in the Armed Forces.

The Heard Museum Director and CEO David Roche welcomed the veterans and their families, who came from all over the state of Arizona.

“Today [we] are mindful of the thoughts of men and women serving in the United States military around the world. [Our] thoughts go with them during their watch to preserve freedom, as well as our hope that they will return home safely,” said Roche.

He said the Heard Museum currently has the only known memorial dedicated to Native American warriors.

The welcoming was followed by a color guard procession that was led by the Ira H. Hayes Post 84, which was given the honor of raising the American, POW/MIA flag and Arizona State Flag.

Several guest speakers spoke on Native Americans’ history of service to the nation, and how they have highest percentage of enlistment.

In light of the service by Native Americans, there was much to fight for back at home that often transcended the ideals of freedom, but meant protecting their ancestral homeland.

Former United States Surgeon General Dr. Richard Carmona said Native American veterans have an inherent right to protect their country that is tied to their culture.

Carmona, who served in the U.S. Army as a Special Forces Green Beret during the Vietnam War, spoke highly of the service of Native Americans in the armed services that goes back to the time of the Civil War.

“There’s a common thread about honor and dignity, about family and about protecting the land through selfless service…you see [this] thread in Native America,” said Carmona.

He said for those that served during the Vietnam War, political party affiliation or siding didn’t make a difference because in the end they were all sent as Americans who formed bonds in mist of warfare.

There was also a message that Carmona wanted to bring to the forefront about taking care of the nation’s veterans once they return home from combat.

Carmona said regardless of race, they all faced the same problems returning home, which for some became a long journey beset with symptoms connected to Post Traumatic Stress Disorder.

As a small token of appreciation, the Heard Museum bestowed the veterans who attended the ceremony with a challenge coin, which was presented to each individual by retired United State Marine Corps Maj. Urban Giff, who is a member of Post 84.

Afterwards a special dinner reception followed which focused its attention on the service of men and women in the Vietnam War.

Covarrubias said, “It is an honor to be here to recognize [our] Vietnam Veterans to give them a proper reception for their service.”

Third generation service member Col. Wright said it was her privilege to speak before the gathering of veterans to share her story of life in the military.

Her father served three combat tours in Vietnam and is a retired U.S. Army colonel who took part in many campaigns throughout the war.

Wright said the burdens families have to bear at home during the Vietnam War are the things she can relate to because of her father’s multiple deployments with the 101st Airborne Division.

“[You chose] to serve your country when called and when many refused,” said Wright, who exemplified many Vietnam veterans willingness to volunteer for service.

After remarks Wright awarded a coin and pin that bore the campaign ribbon to Vietnam veterans as an appreciation for their service and sacrifice. 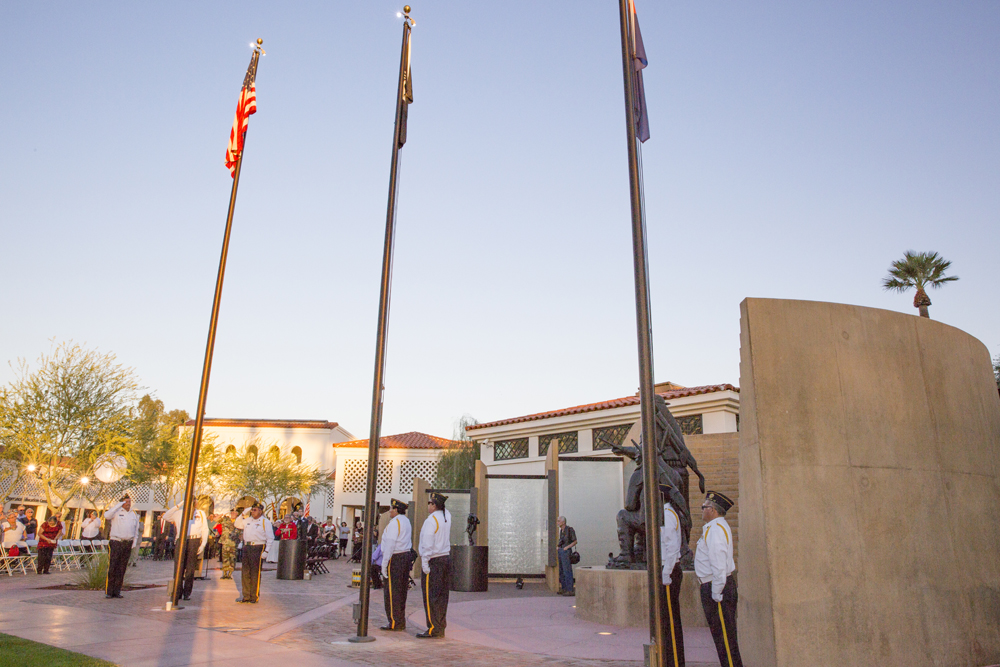 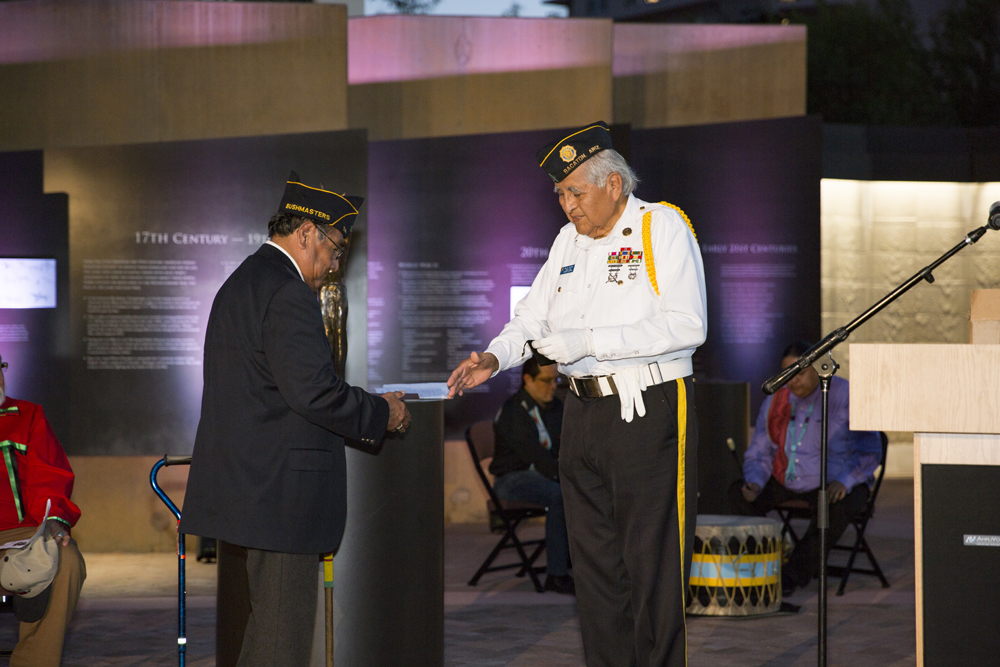 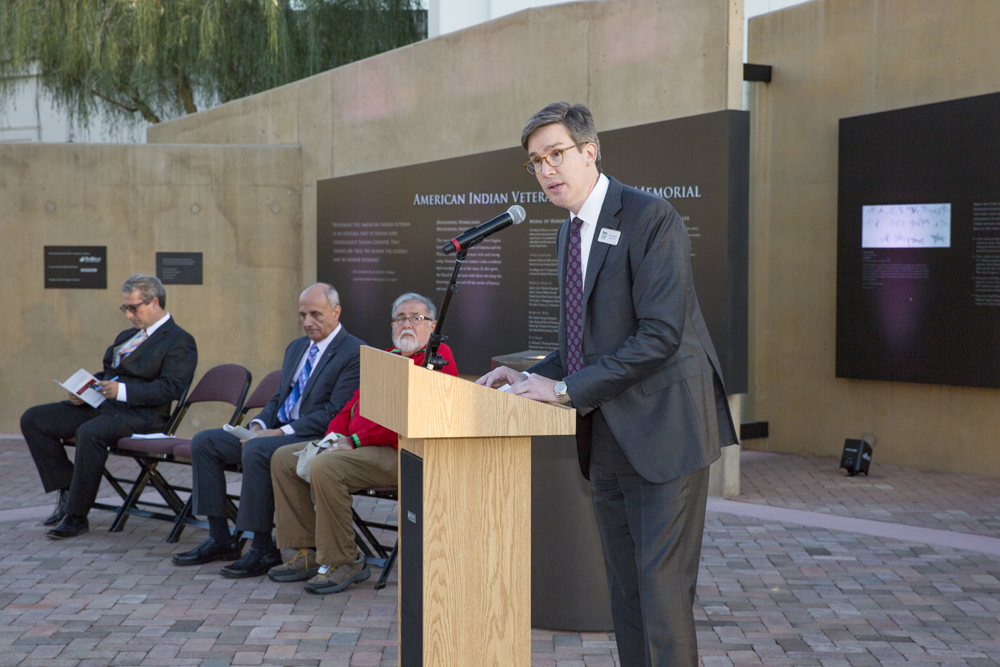 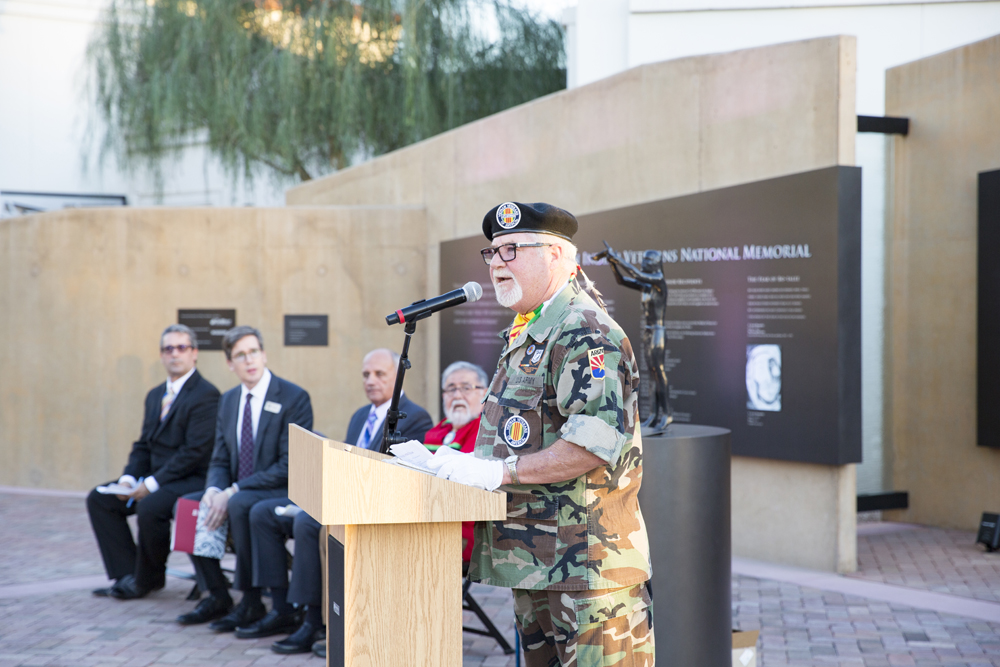 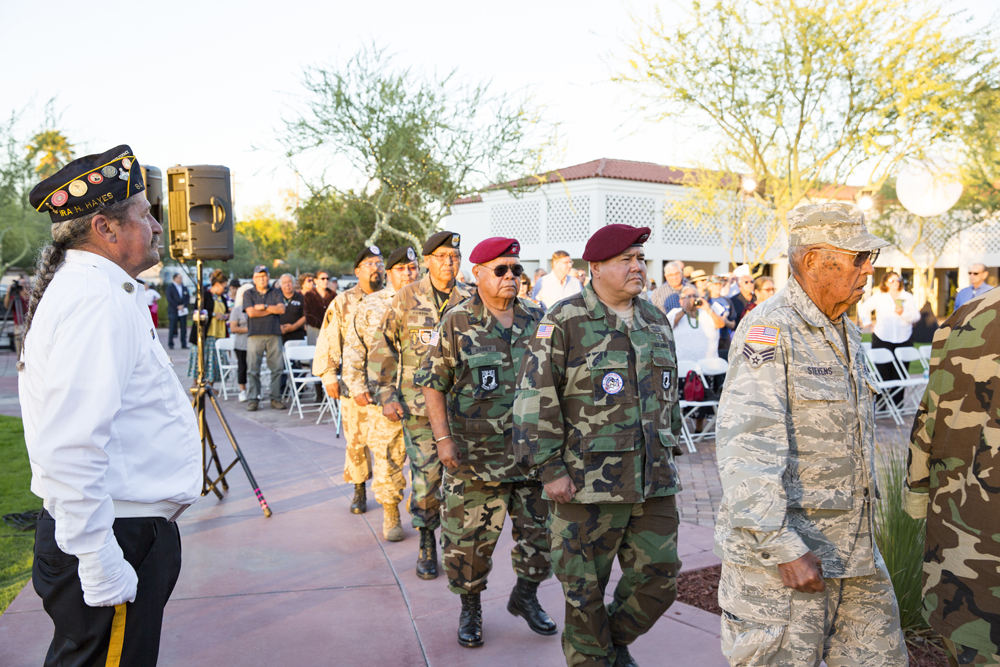 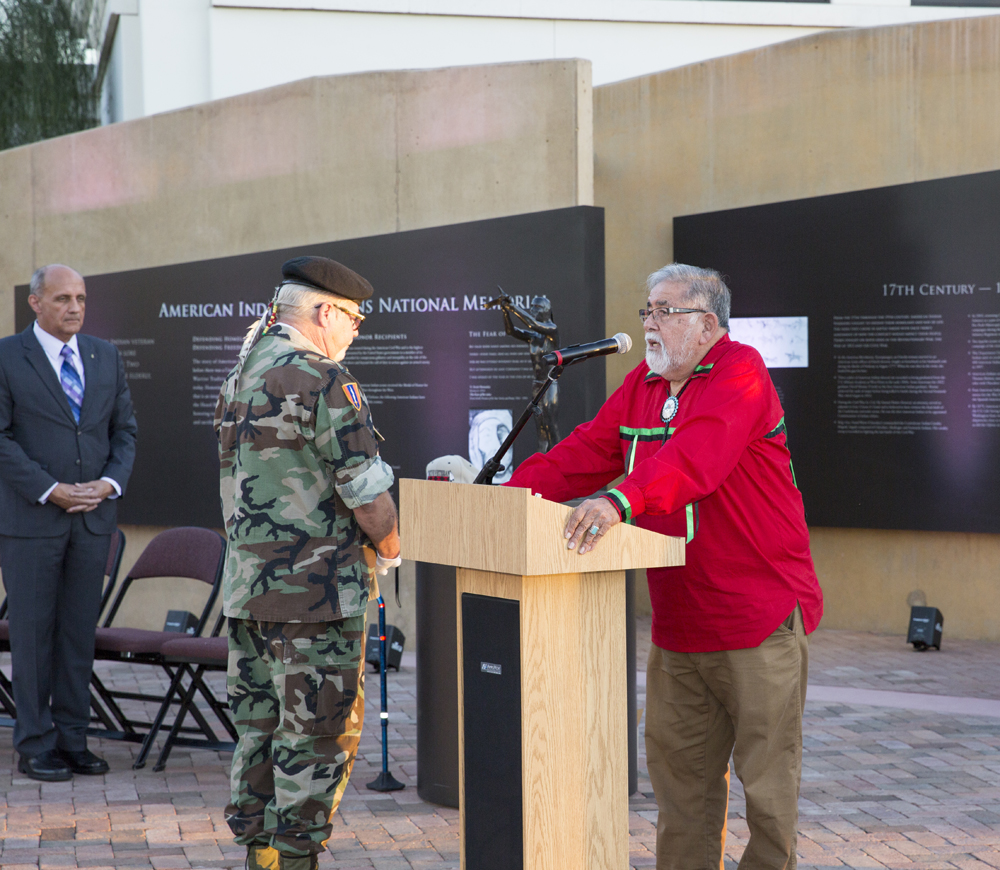 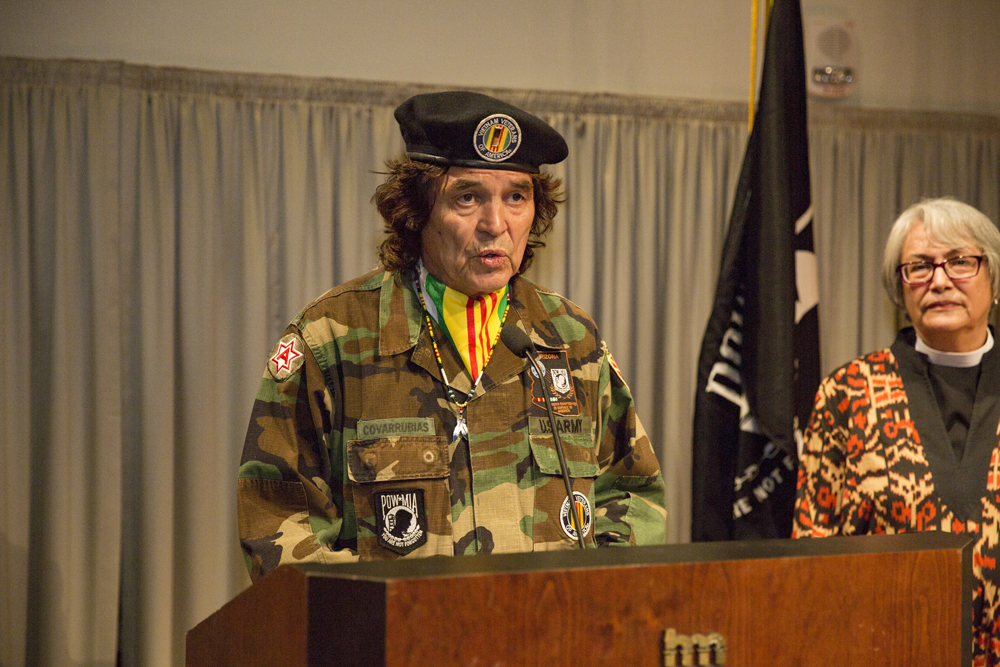 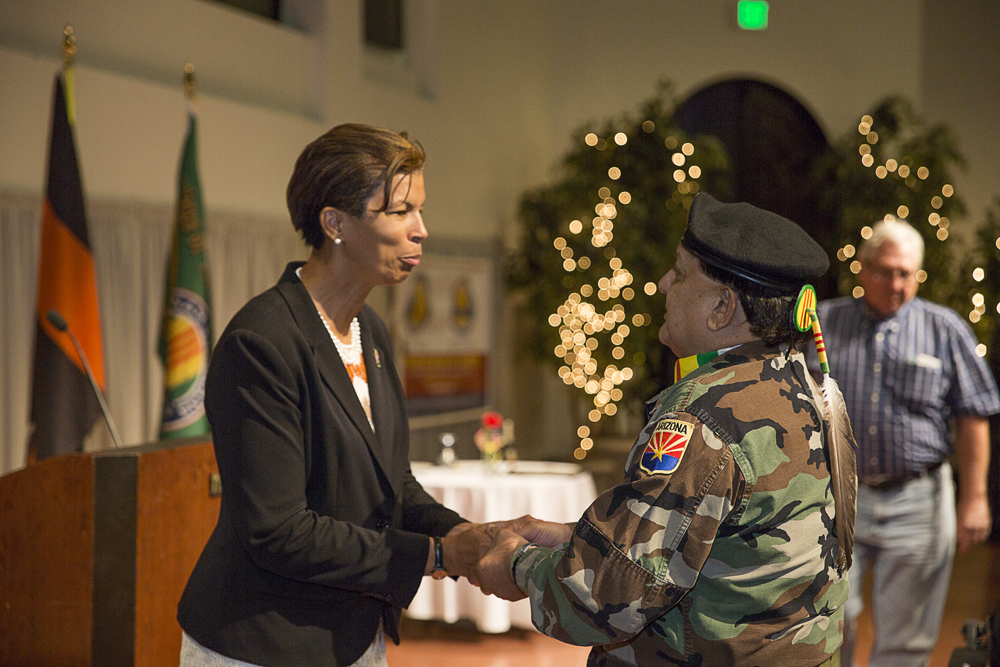