The terrain was rough and the conditions treacherous, but the Pony Express riders had an important job, and speed was key. The Pony Express was the country’s fastest mail delivery service for about 18 months from 1860 – 1861.

The Gilbert Days Rodeo brought the legendary symbol of western ruggedness to life with a two-day Pony Express Ride from Gilbert to Sacaton, Casa Grande, Eloy, Coolidge, and Florence to promote the town’s rodeo and foster relationships with neighboring communities.

“The Pony Express Ride serves as our kick-off before the rodeo,” said spokesperson Julee Brady. It’s a tradition that teaches “the concepts of the bravery, dedication, [and] dependability,” she said. “We use the example of those riders [and] we like to share the camaraderie of riding.”

A couple dozen riders met with trucks and horse trailers at the corner of Sacaton Road and Casa Blanca Road Nov. 4.

“I have been riding my whole life. I was born and raised around horses,” she said, but “this is actually the first time I’ve done anything like this. ... I’ve learned lots about the Pony Express...so it’s a lot of fun.

One of the most interesting things Stack learned was about the specially designed top saddle Pony Express riders used, which eliminated the need for a mailbag and transferred easily from one horse to another in under two minutes.

“Today we have email,” said Brady. “We get mad in 10 seconds if it doesn’t send.” But in the mid-19th Century, letters could take weeks or months to be delivered by stagecoach or vessel. The Pony Express could do it in 10 days. The fastest message delivered by the Pony Express was done in seven days, 17 hours, carrying the news of President Abraham Lincoln’s inaugural address. “So we have a lot to be grateful for and to look to the past, it helps us to get perspective of things.”

Unlike its namesake, the object of the modern Pony Express Ride is not expediency, but companionship and neighborliness.

The Pony Express group stopped in Sacaton Friday, Nov. 4 to symbolically “pass the saddle” to Lt. Gov. Monica Antone, and to deliver a message of friendship from Gilbert Mayor Jenn Daniels to GRIC leaders.

“Our mayor [is sending] a letter to your community,” said Brady. “It basically says, ‘We’re grateful that we are your neighbors,’ and invite you to the rodeo. It’s outreach and fellowship in a unique way.”

The Gilbert Promotional Corporation President James Tree said, “It’s been a really positive [experience] producing what is known as the signature event within the town of Gilbert.” It takes a lot of hands to put on the rodeo, and all are volunteers. “Essentially we’re here just to be able to continue the tradition and western heritage for the town of Gilbert.”

The Pony Express Ride is a tribute to their western roots, the memory of something that required character, grit, and purpose. “Essentially we’re here just to be able to continue the tradition and western heritage for the town of Gilbert,” said Tree. 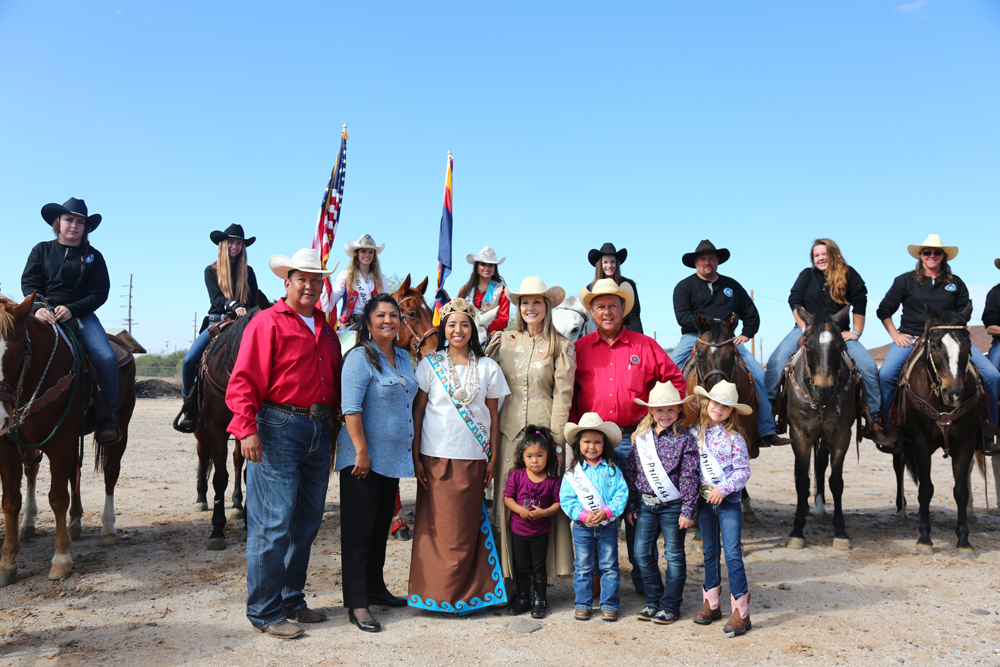 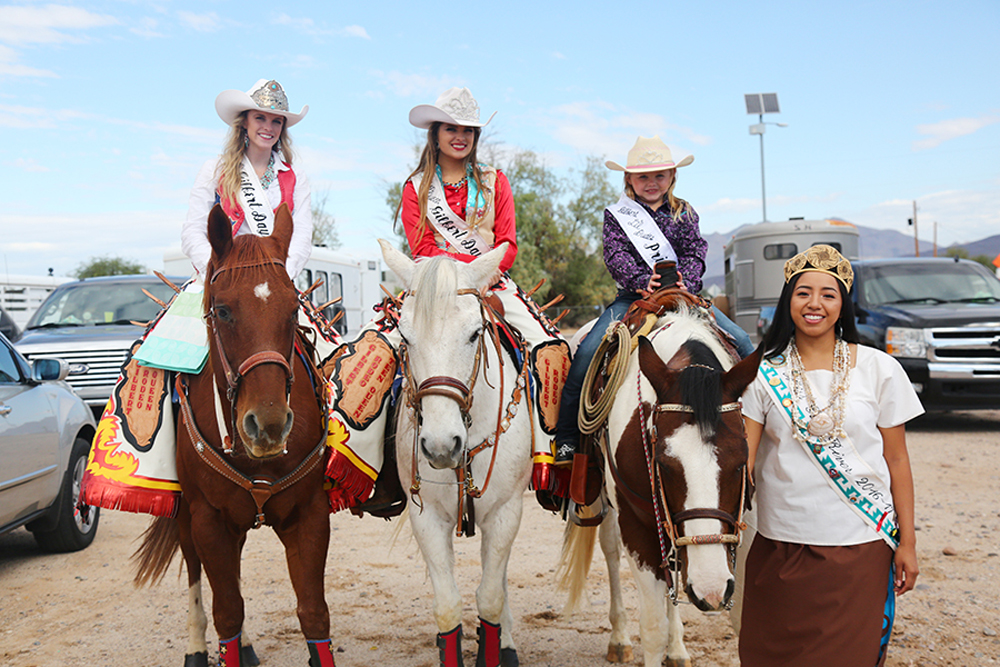 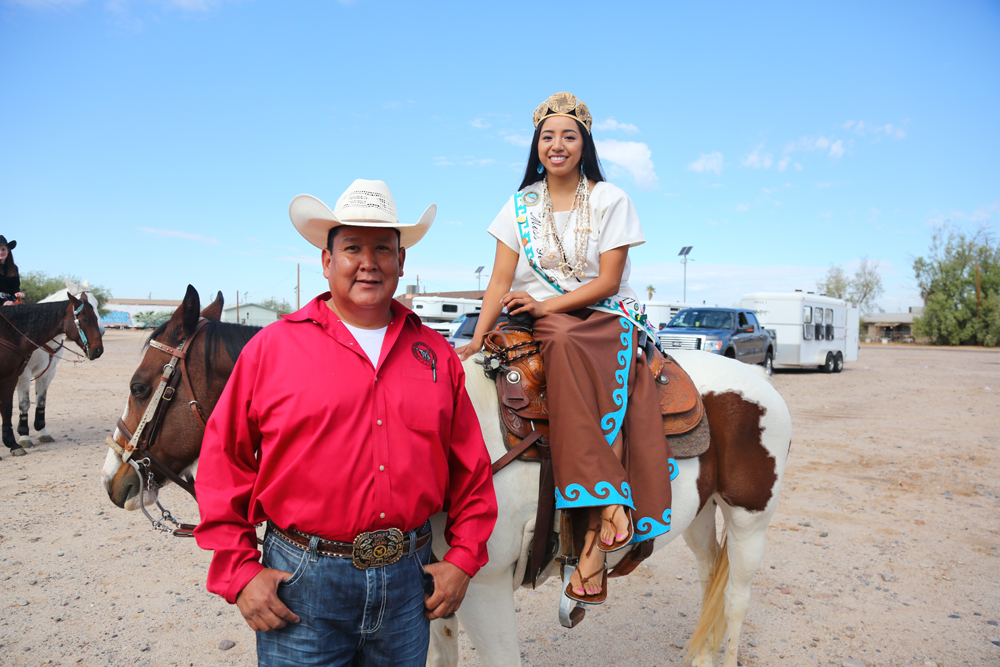 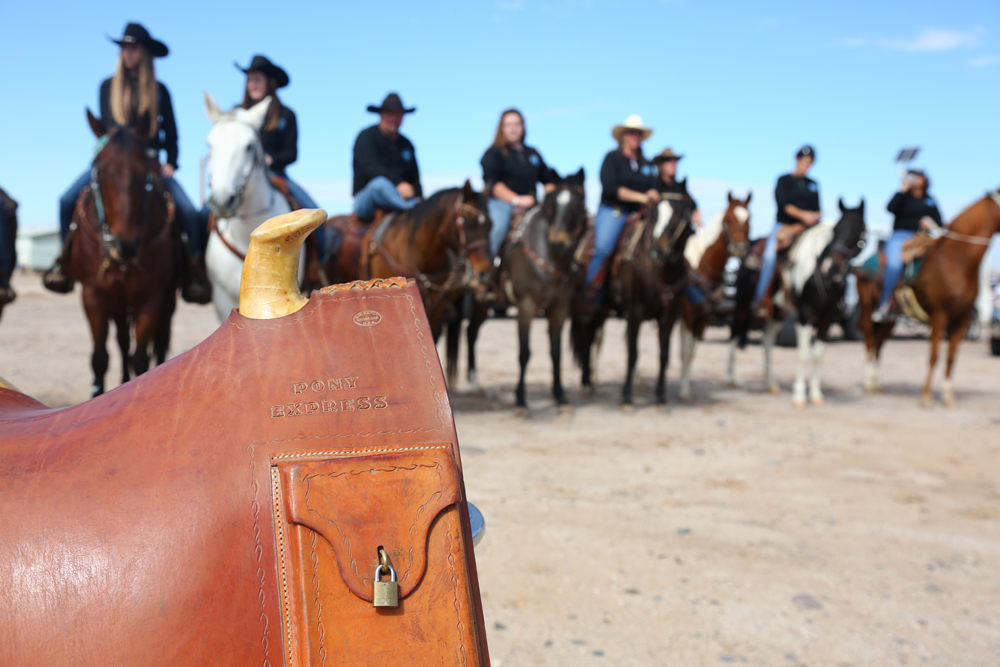