The Gila River Indian Community and the United States Bureau of Reclamation recently signed an agreement to help address the falling levels in Lake Mead caused by drought in the western United States.

Under this agreement the Community will be paid $1,757,500 to not use 10,000 acre-feet of its Central Arizona Project water that the Community planned to store and instead leave it in Lake Mead in 2016 as part of conservation program that is funded by the Bureau of Reclamation, as well as Arizona, California, Colorado, and Nevada municipalities and water districts. The money received under this agreement will be added to the Community’s Permanent Water Fund.

This agreement came about after the Bureau of Reclamation and other Federal officials met with Community leaders in March 2016 to discuss the drought conditions in Lake Mead. It was during this and subsequent meetings that the Community learned of the conservation program.

As a result of these meetings the Community Council approved the agreement to participate in the program on September 21, 2016. Other water users, including other Indian tribes like the Tohono O’odham Nation, have participated in this conservation program.

The persistent drought in the region has caused water elevation at Lake Mead, one of the world’s largest reservoirs, to drop drastically in recent years exposing a bathtub-like ring around its edges. Under current Bureau of Reclamation policies if the lake elevation falls below 1075 feet at year’s end a shortage will be declared for the following year.

Lake Mead’s elevation at the end of October 2016 was a slightly above 1076 feet. Due to the conservation program and other efforts the Bureau of Reclamation projects that Lake Mead levels will stay above 1075 feet by the end of 2016 and no shortage will be declared in 2017.

The single most important renewable source of water for the Colorado River system, and its reservoirs like Lake Mead, is snowpack. Unfortunately forecasts do not expect snowpack to increase under the current drought conditions.

Further, the Colorado River is over allocated – there is more demand than supply – and this imbalance makes it difficult to address the Lake Mead levels without agreement among water users to reduce demand.

Water managers in Arizona, California and Nevada remain concerned that a shortage could be declared in later years and a long-term solution will probably require some voluntary reductions by water users and continued conservation programs that provide economic incentives to water users to keep some of their water in Lake Mead. 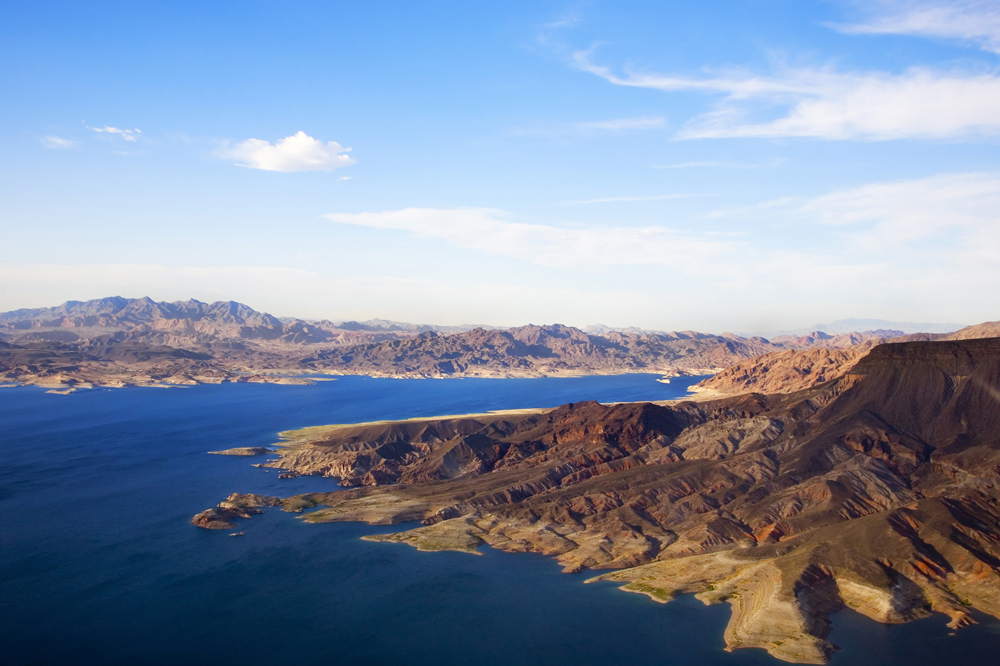