GRIN Articles > Halloween comes in all sizes in District 5

Halloween comes in all sizes in District 5

Munchkin-sized ghosts, ghouls, and goblins sauntered their way across the playground of District 5’s Head Start on Oct. 25, filling their bags with sweet treats provided by several departments from the Gila River Indian Community and Gila River Health Care.

Around fifty children, aged 2 to 4 years old, were dressed as their favorite comic book hero, Disney star, or cartoon character, stopping by each department’s booths to collect as much candy as their bags could hold.

Several children were apprehensive to approach Gila River Wellness Center’s booth, manned by Alvin Casoose and Kelly Whitman, as a large inflatable black cat loomed menacingly next to the recreation department’s table, swinging its head from side to side in jerky mechanical motions.

A few brave youngsters, including fearless 2-year-old Michael Kisto, who was dressed-up as a monkey, made their way to the booth to collect the recreation department’s much-prized bags of candy and Ray Ban-esque sunglasses.

On the other end of the playground, Ernie Miles of the GRIC Public Works Department handed out handfuls of packaged cheese puffs to a throng of excited children, who were looking to get their hands on a sample of the cheesy snack.

Doriann Pahona, Head Start and Early Head Start Family Services Advocate said that it was the second time District 5’s Head Start has held the Halloween trick or treating event, and that it was put on in conjunction with many other tribal departments.

“It is a departmental event,” said Pahona. “We asked different departments to come out and asked if they would like to participate and set up a booth.”

Pahona added that each participating department handed out candy and played different games with the children. Several departments, including the Gila River Police Department, handed out pamphlets advising the little ones who to call if they are ever in trouble.

As the Halloween event ended, many of the children sat down together, tired after a hard-worked day of trick or treating, to sample a few of the tasty morsels they gathered during their spooky escapades at District 5’s Head Start Halloween event. 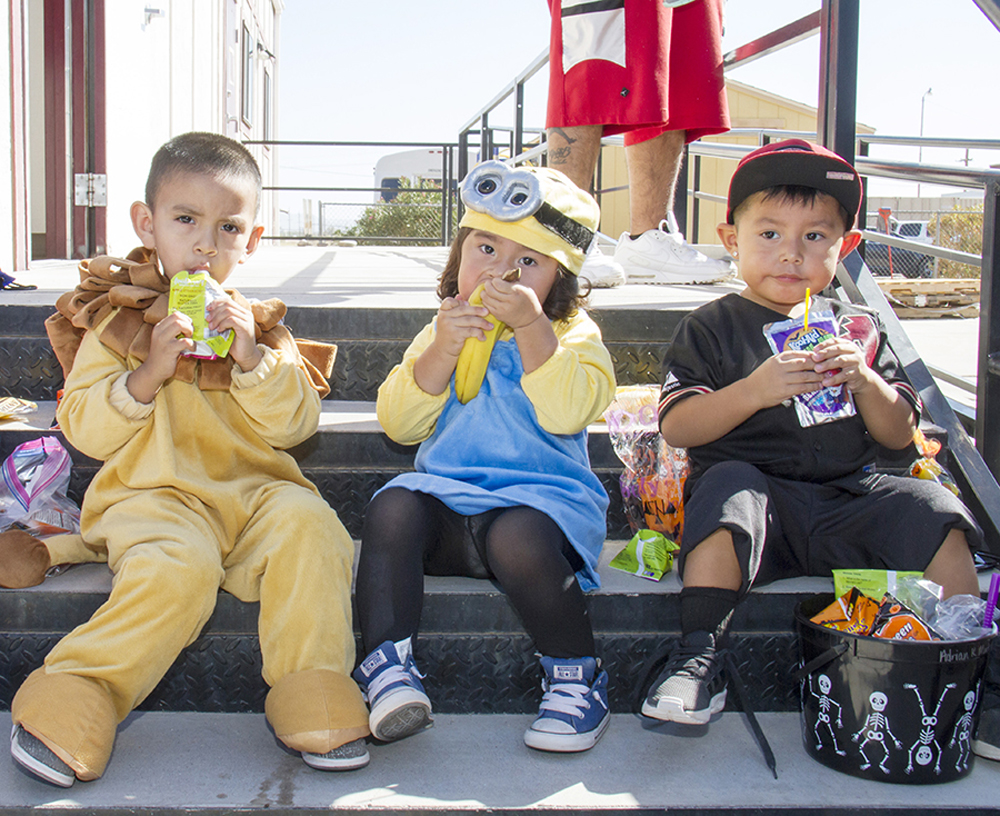 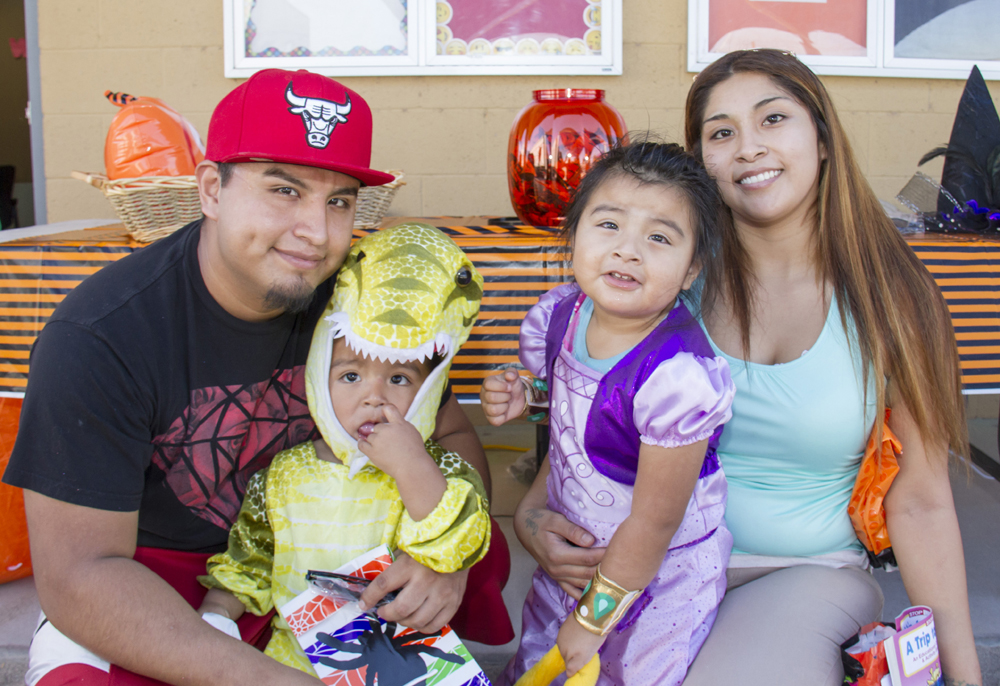 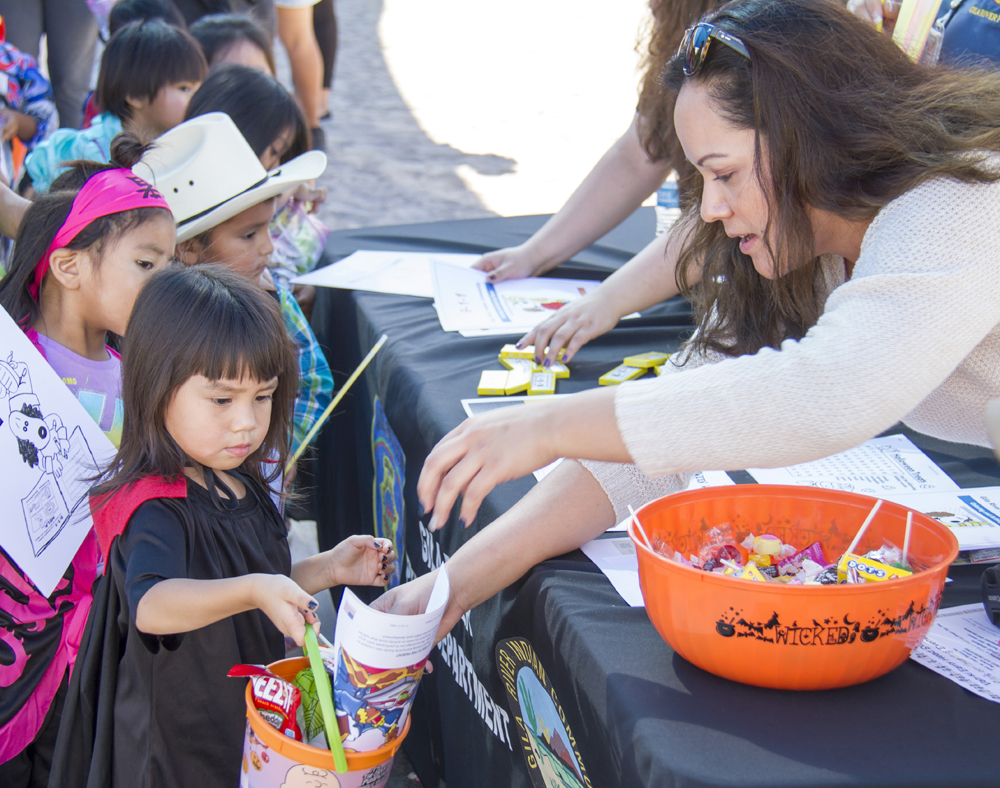 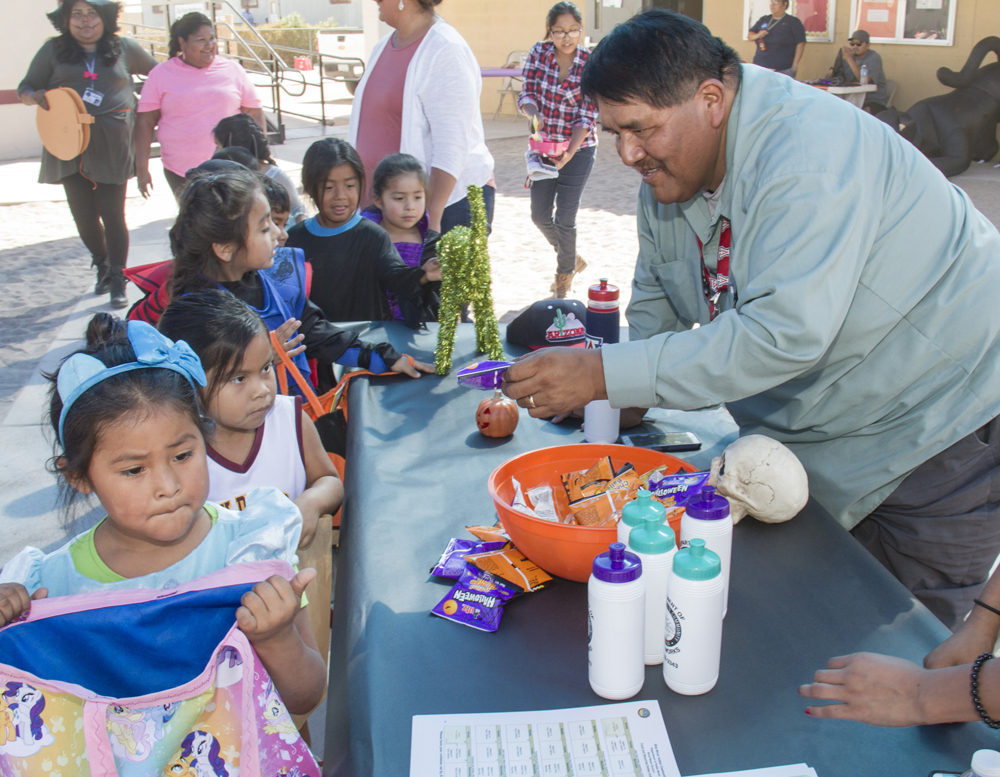 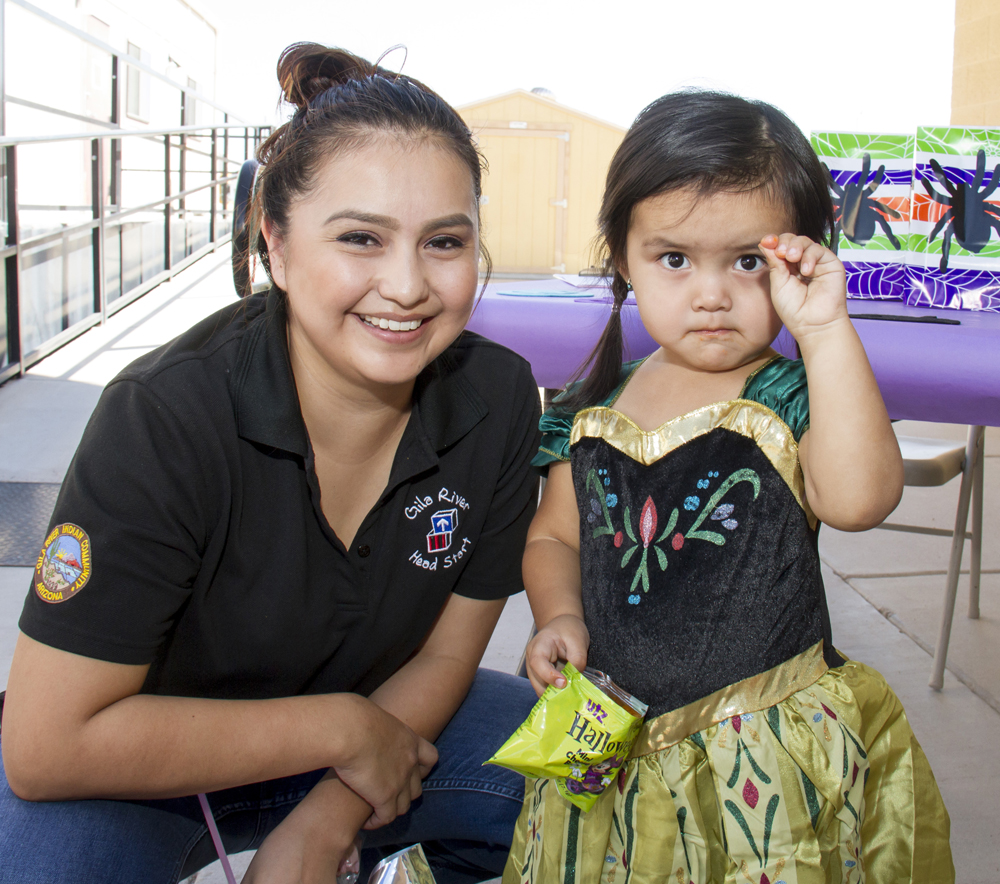 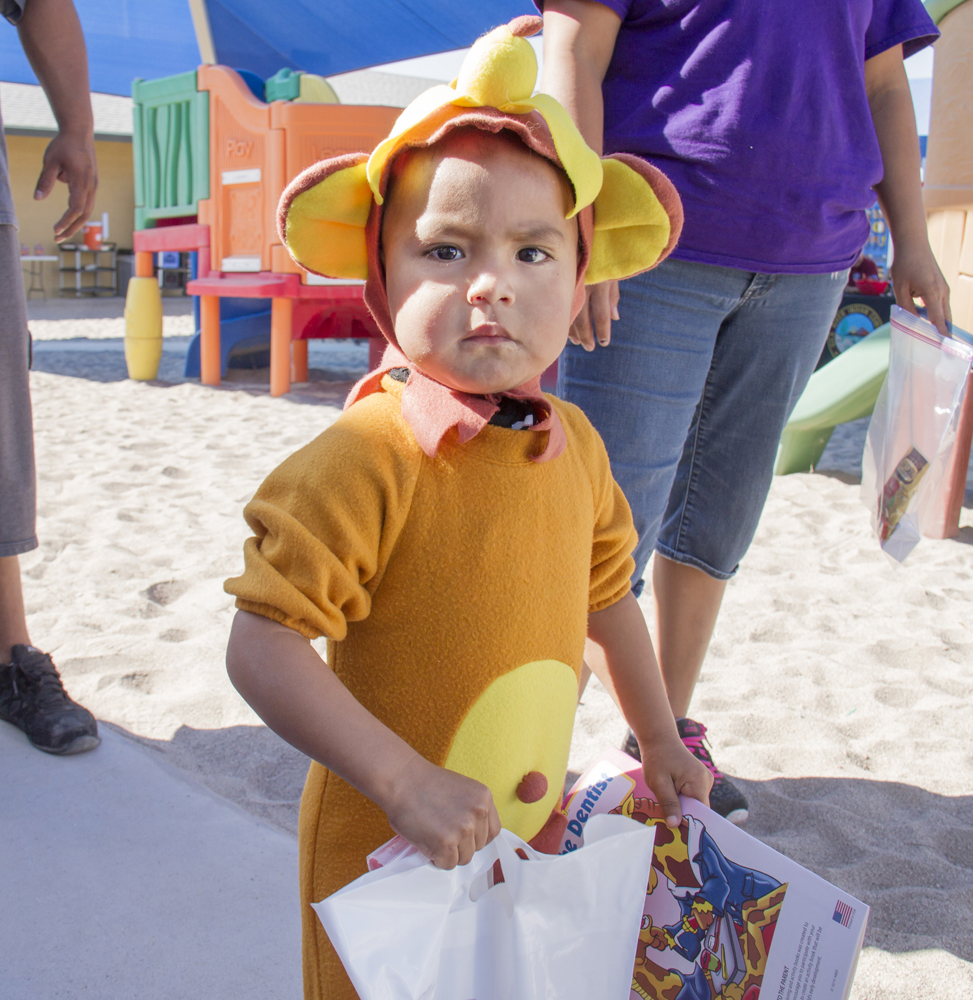 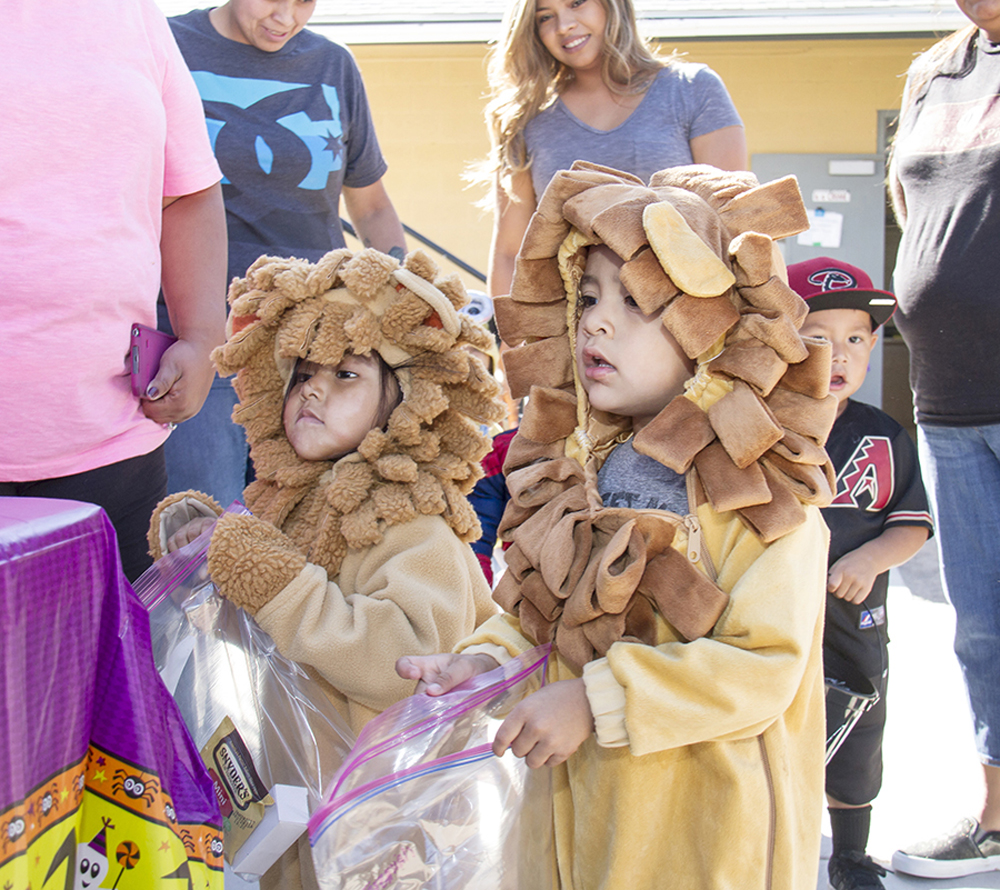