With legs straining against rough desert terrain and throats parched from unseasonably warm October weather, over 80 women ran their way through the peaks and valleys of the Gila River Indian Community for a period of three days, from Oct. 21-23, for the 3rd Annual Women’s Prayer Run (WPR).

The 70-mile run, which was founded by a group of like-minded Community women in 2014, was created for the purpose of uniting women and acknowledging their strengths.

This year the group of women, many of whom were meeting for the first time, began their journey at the confluence of the Gila River and Salt River in District 7. In the early morning hours of Oct. 21, the women blessed themselves with water from the two rivers and began their three-day journey through the Community.

Throughout the run the women stopped at sites in each district to offer prayers: the Gila River and Salt River confluence in District 7, Moadag Do’ag in District 6, the “Vah ki” in District 5, Snaketown in District 4, the Caring House in District 3, through District 2 and ending their journey near Coolidge Mountain in District 1. This year’s run was coordinated by Pam Thompson, Alie WalkingBadger and Shelly Hayes.

Renee Jackson, WPR founder, said the run was created for women interested in promoting women’s solidarity and providing supportive systems for one another. Because running had helped Jackson overcome some of her own hardships, she believes that the physical and spiritual nature of running could also benefit others.

“In times when we are running, the physical act of running, especially when it is hot and we have been running all day, the women need to encourage one another and that is what happens in our daily lives,” said Jackson.

During the entirety of the run, a single woman carried a staff, leading the group of runners, and eventually passing it from woman to woman until the group reached the end of their journey in District 1.

“The women’s staff is a choikut, which is the walking stick (cane) used to prop-up the giho (burden basket) when the women [used to gather] wood to place in it,” said Jackson. She said the staff represents the burdens women carry for their own families and communities.

“We all have our aunties, and our grandmothers, and our friends that we lean on in times of [need] and that is exactly what the run does,” said Jackson. “In fact, our choikut … the stick that holds the giho, the burden basket, in place, is [what] we need to use… for support.” That is why the women carry the stick, for support, Jackson said, and that is what women in the Community, need to do for one another, to support each other like the choikut supports the giho.

Each woman participating in the run joined the journey for their own reasons, some to help recover from domestic violence or addiction, others to help carry the burden of those in need.

For two Community women, mother Jennifer Blackwater and daughter Amber Namingha, the run was a way for them to connect with other Community women, create strong bonds, and help each other through their physical, emotional, and spiritual struggles.

“It is very enlightening and powerful for us that we will be completing our journey,” said Blackwater.

“You have this bonding, this love, this connection, not only blood but spiritually and it is an attachment, as a mother and child would have when they are first born. That is the kind of bonding that we end up creating,” she said.

“They may have been strangers last week but now they are sisters today and throughout the rest of [their lives],” she said.

For Celeste Jackson, the run’s purpose wasn’t apparent until she was well on her way journeying down the dusty pathways of the Community. While running with the group of women, she found that she had an inner strength and patience that she could utilize to help other women in the Community.

Celeste learned from one woman in particular, Sandra Jones, 74, the strength of an elder can be surprising, even surpassing those who are decades younger.

Celeste said, on the very first day of the run Jones was asked to carry the staff and lead the group of women because she was the eldest in the group. Everybody told her to take her time, to go slow, to go at an elder’s pace. But, to the surprise of everyone, Jones took off at a high-speed and just kept on going, she said.

“She surprised us with her pace,” laughed Celeste. “The crowd in the back, the women were like ‘Whoa! Slow down!”

“I didn’t know that I was setting a fast pace,” responded Jones. “I thought I was walking regular.”

While the run’s main purpose is to bring women together into one unified group of support and sisterhood, Jackson said Community men played a special role as well.

“They have provided our security, they have helped with our run routes, they are that support team behind us, because as O’otham people, we know that we have to maintain…[a] balance between men and women,” she said.

One man and three boys in particular were helping clear the way ahead of the women runners, gathering firewood, and making sure the running routes were safe.

Father, Jiivik Siiki of Hashan Kehk and his three boys Jehgos Hendricks, Tash Hendricks and Hevelik Enos all piled into a red pickup truck driving around the Community to help the women runners throughout their three-day journey.

“They have always been there, supporting our men’s runs,” said Siiki. “So, when this run started there wasn’t a question of helping or not, we just came out and did what we need to do,” he said.

Siiki said it is important for the young boys to participate in helping with the event because he believes it teaches them at a young age to respect women.

“I think it is important that these young men and boys learn how to show respect right off the bat,” Siiki said. “Usually through our himdag…it is the best way that they can learn that or else they start running into problems in the future with disrespecting women, bad relationships, or domestic violence. It is good that they come out and are willing to help,” he said.

The group of women runners ended their journey in District 1, making their last prayer offering near Coolidge Mountain on the evening of Oct. 23. 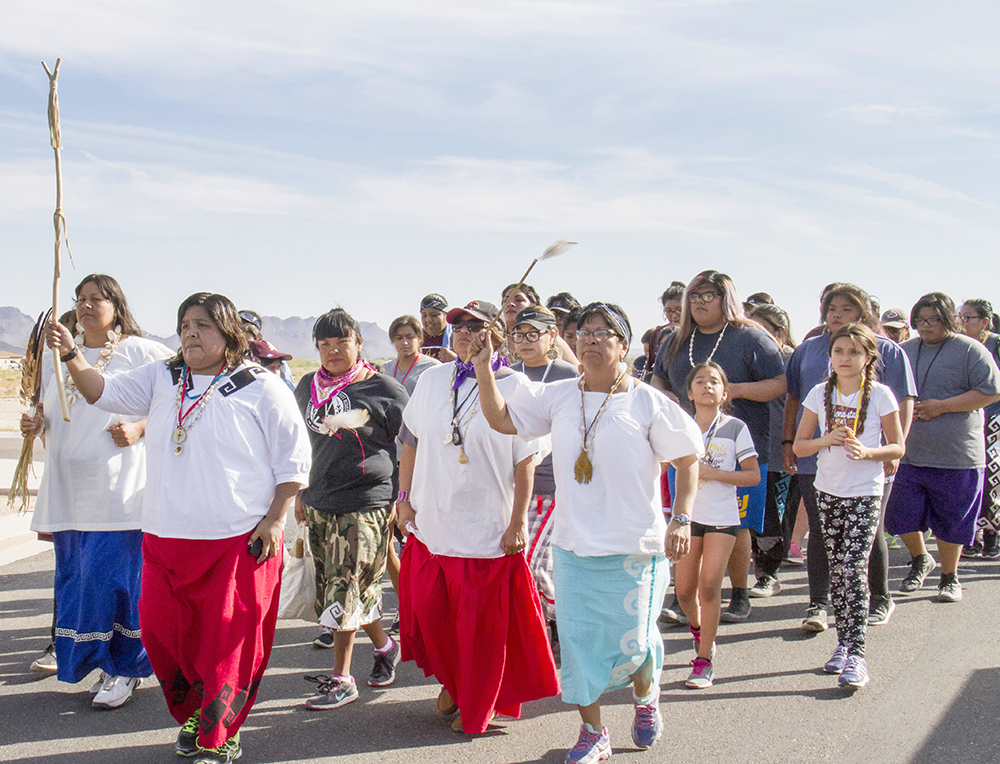 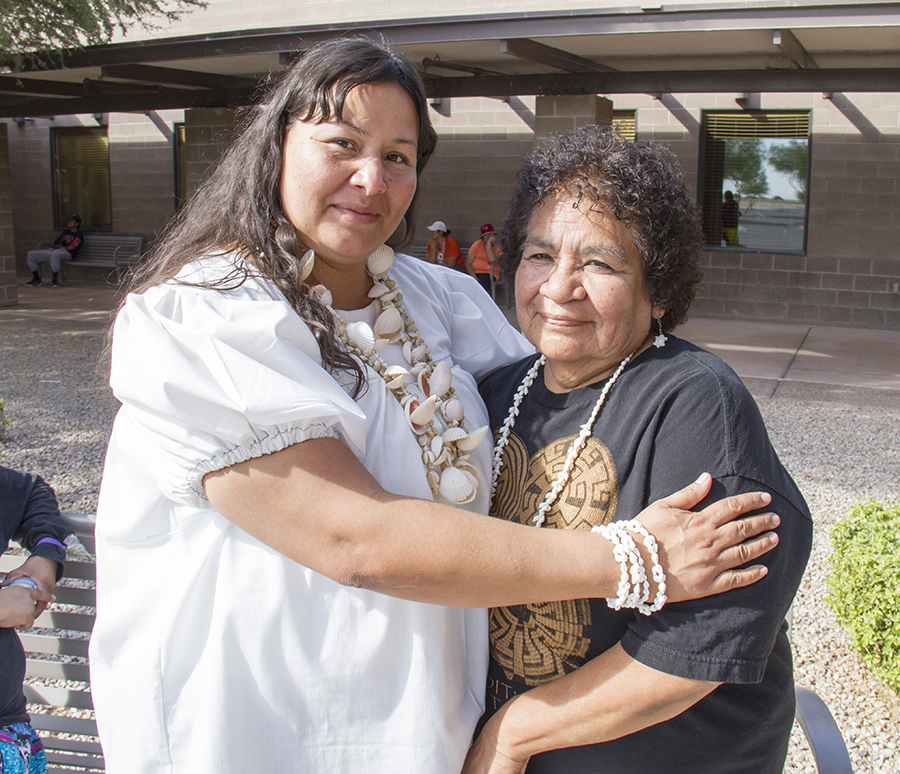 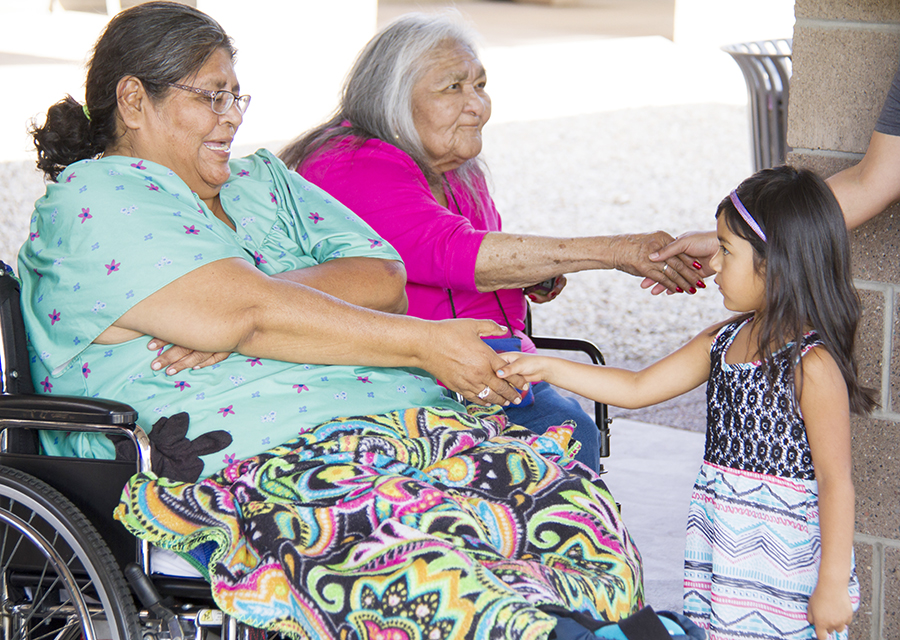 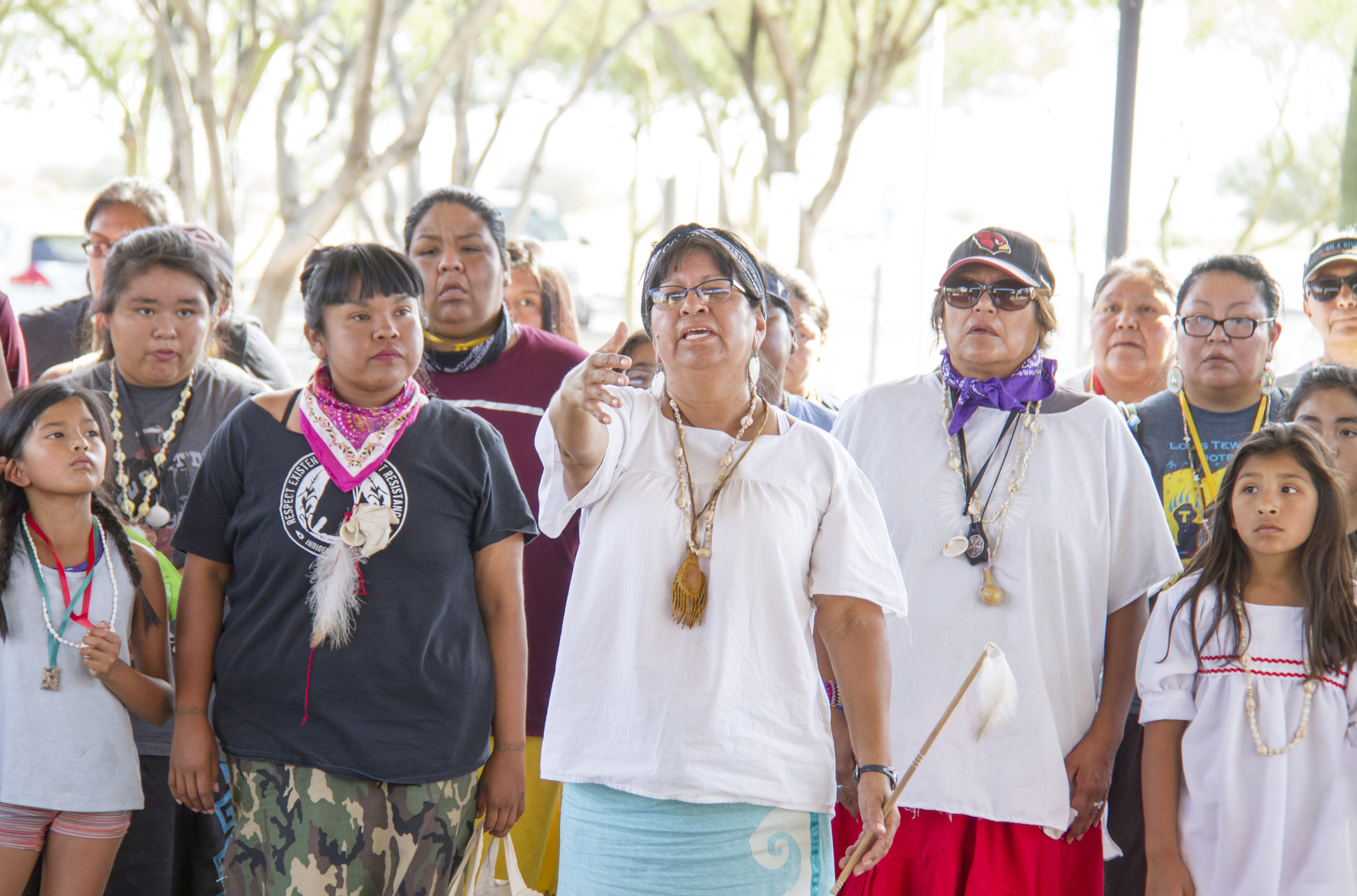 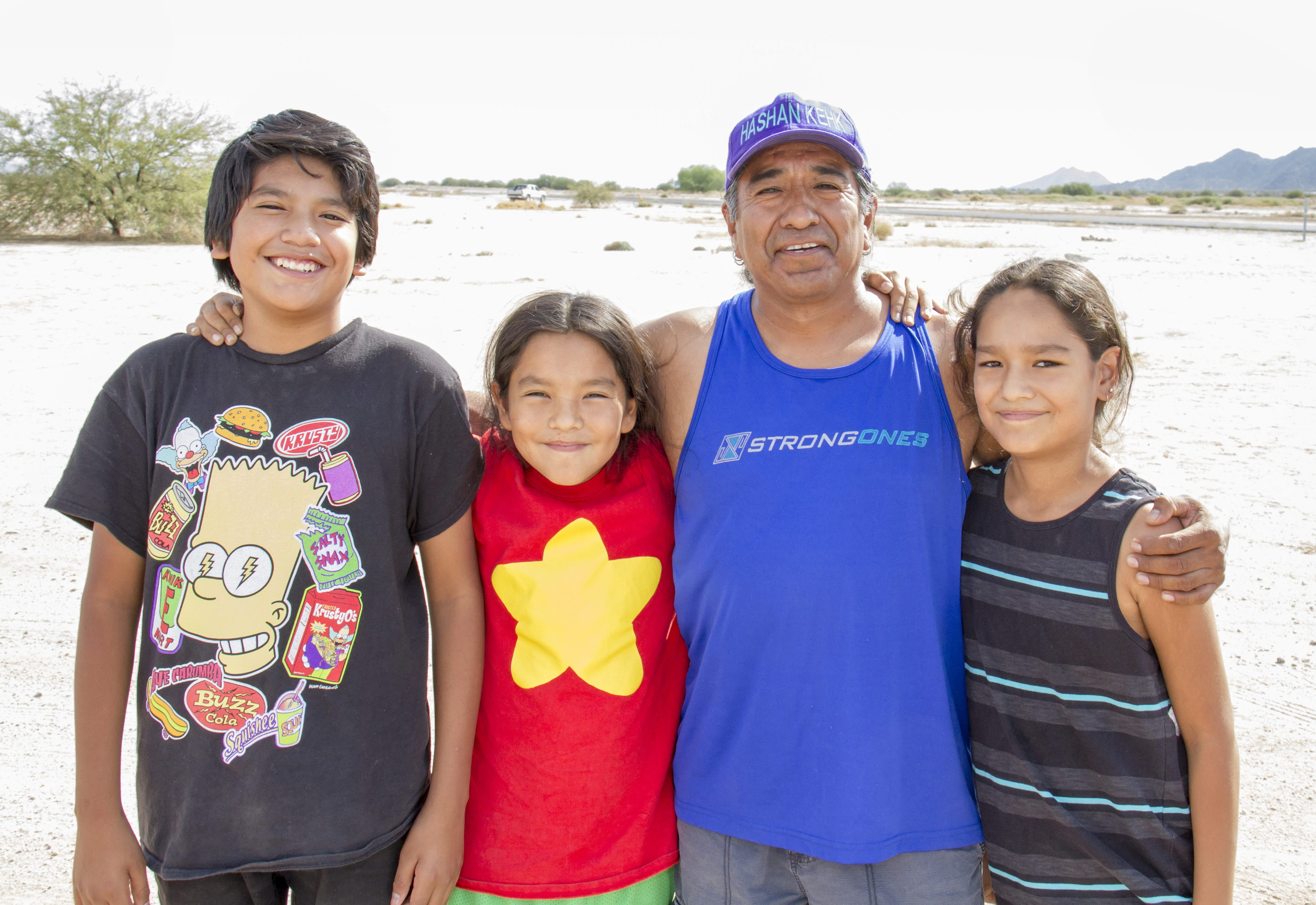