The students at Casa Blanca Community School in District 5 gathered for an annual tradition to support Red Ribbon Week on Oct. 26.

Red Ribbon Week is a school activity put on by the Gila River Police Department in partnership with Community schools in District 5 and 3.

At CBCS, the school’s cafeteria was full of cheer and excitement as members from the Gila River Healthcare Prevention Coalition took center stage for a small puppet show that teaches children how to “Say No!” to harmful substances like alcohol and drugs.

When the show was over the students went outside to gather on the school’s lawn to hear a few words from special guest speakers.

Afterwards the Red Ribbon walk began as students carried banners with messages like “Say No to Drugs,” “I Have the Power to be Drug Free,” and “March for a Drug Free Community.”

He likened the moral of building a strong foundation against drugs to the story of the “Three Little Pigs.”

As the fairy tale goes, each house was built out of different materials, but the one that held firm against the Big Bad Wolf’s breath, was the house made of brick, which Anderson said all the students need to do to be drug free.

Gov. Lewis said, “Red Ribbon week is about telling [our] youth to be drug free and to make healthy choices.”

On Oct. 28 a similar event was held at the Sacaton Elementary School where many students turned out to stand against drugs.

Before the walk ended basket dancers sent the students off with inspiration about who they are as an Akimel O’otham or Pee-Posh.

He said the schools educators along with cultural teachings are key components to instilling pride in their Community and heritage. 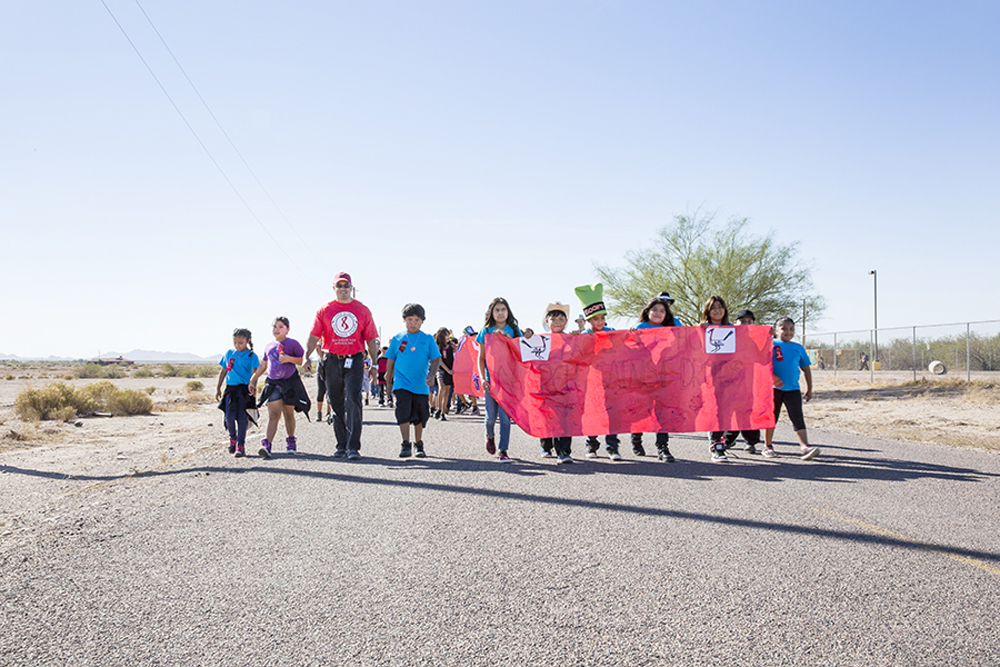 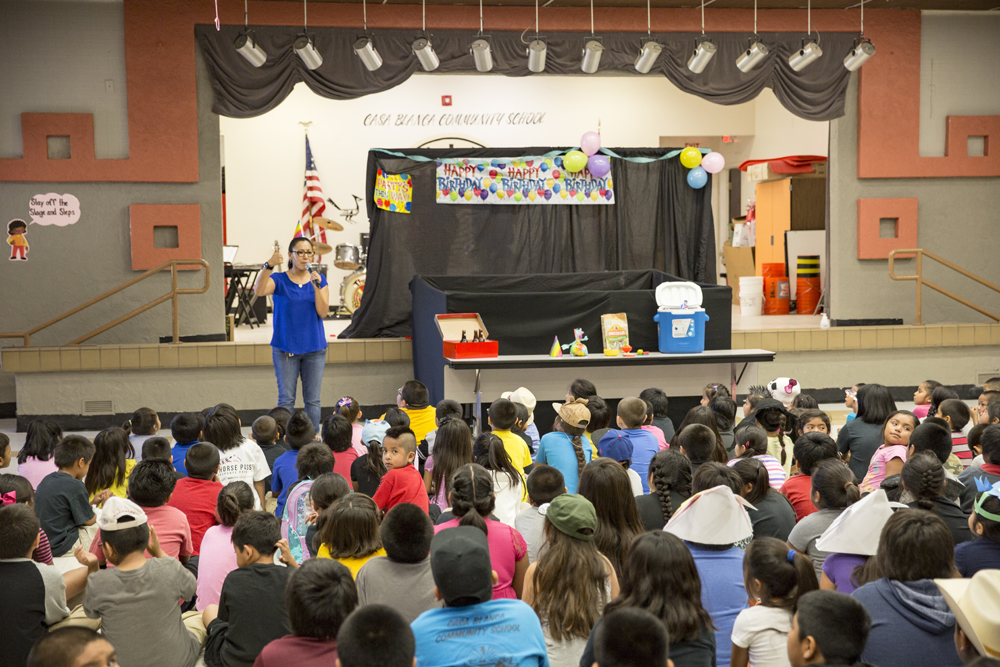 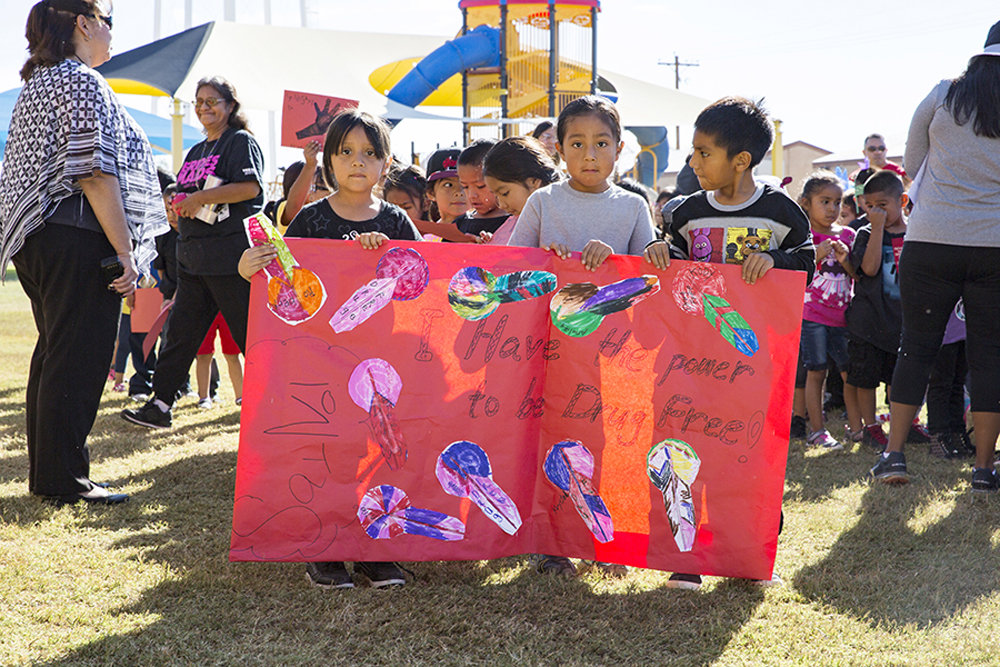 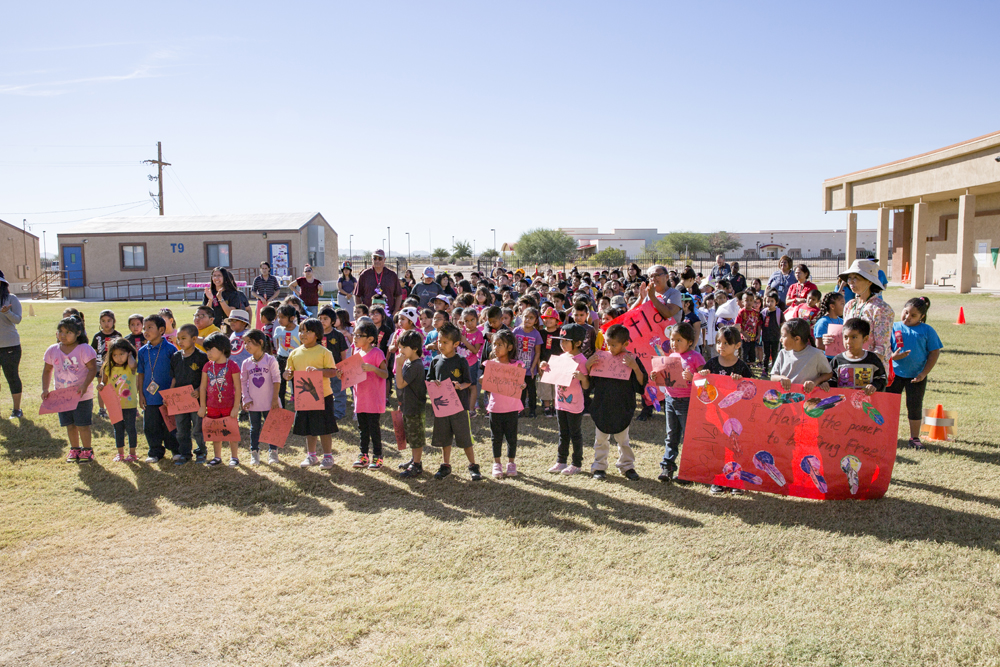 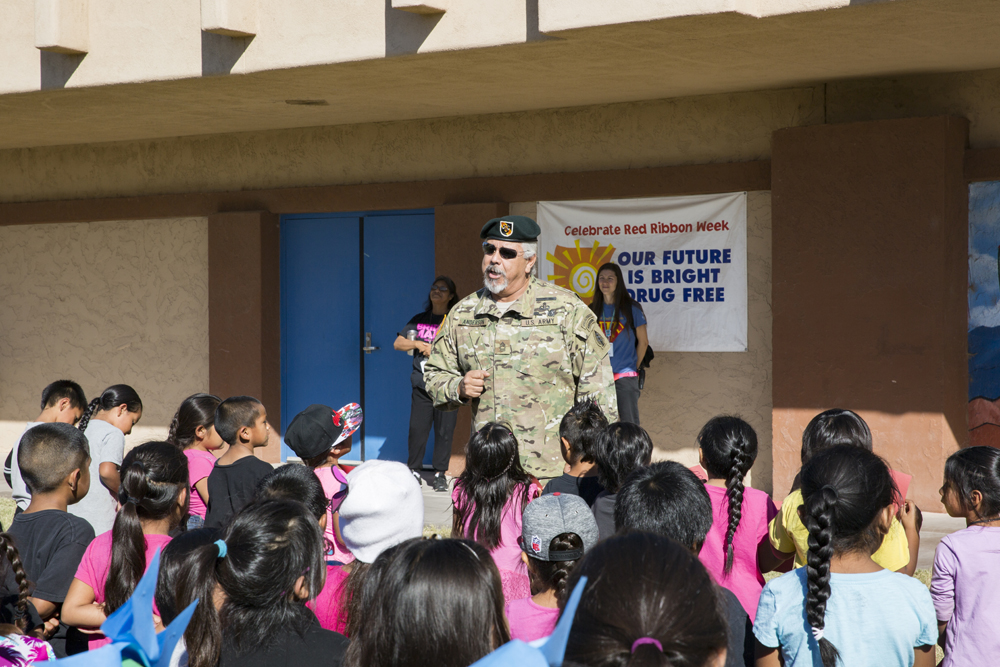 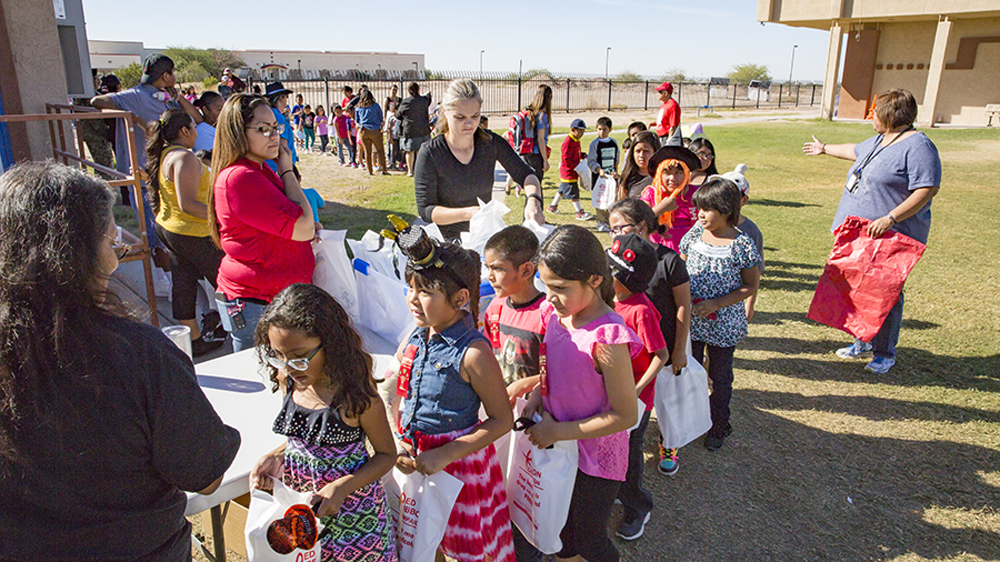