Nathaniel Talamantez, the outgoing AOPPYC President, said the youth council offers opportunities for young people to grow like no other organization can.

“Be prepared for a lot of different challenges,” he said. “I can tell already that you are a tremendous set of people and I have high hopes for what we can do throughout the next year.”

Gov. Stephen Roe Lewis said the students on the youth council give hope to their peers. He called them role models and leaders in the Community.

She is grateful that the Community invests in its youth and thanked the parents for supporting them too.

“Each one of you has your uniqueness. Some of you bring a lot of talent, your songs, your prayers, and I know a lot of you deep down have your goals that you’re going to achieve in college and then you’re going to come back and bring that forward,” she said.

“Each one of us here today has our story of strife, resilience, and triumphs,” said the Stotonic native.

“Don’t hold back,” he told the students. “It makes me feel proud to see the kids today in the community because I know you have so much to offer.”

Judge Jay Pedro performed the swearing-in ceremony. Pedro, the GRIC Children’s Court Judge has been working with youth for a long time.

“To give you an idea, I swore in Michael Preston when he first became a member [of the youth council],” he said.

Michael Preston is the Youth Coordinator and director of the AOPPYC. Preston recognized outgoing members with farewell gifts and thanked the parents for investing the time, money and energy into the AOPPYC students. He said the students continually make him proud.

In her first presidential address, the newly elected 2016-2017 AOPPYC President Autumn Cooper thanked the past and outgoing members.

“This youth council has made such a huge impact on me and has given me many opportunities such as getting involved in my community, learning traditional songs and dances, and traveling to places I thought I probably wouldn’t go to,” she said. 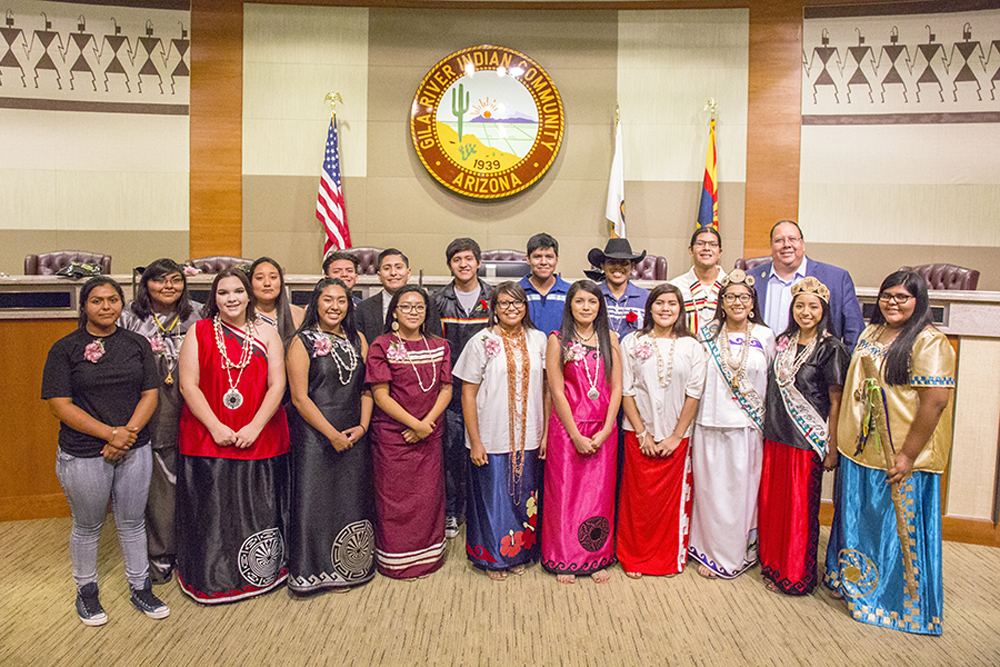 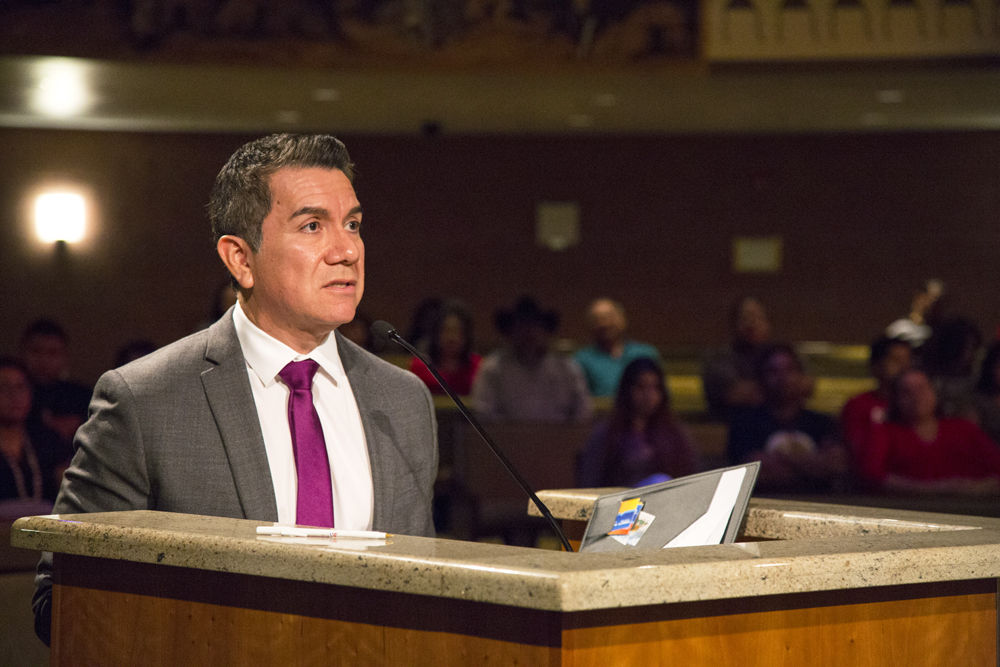 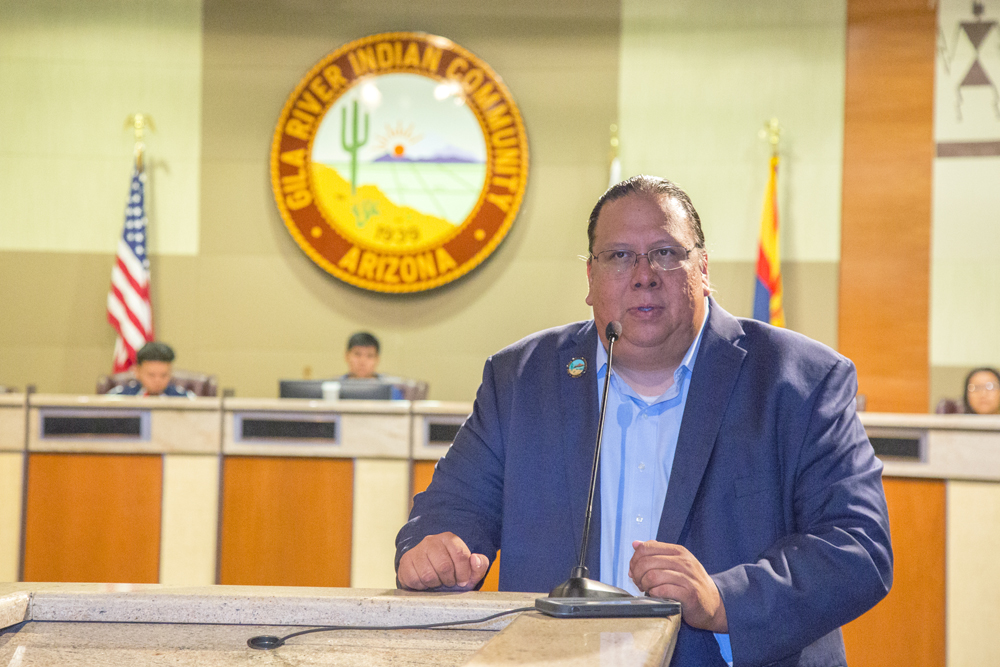 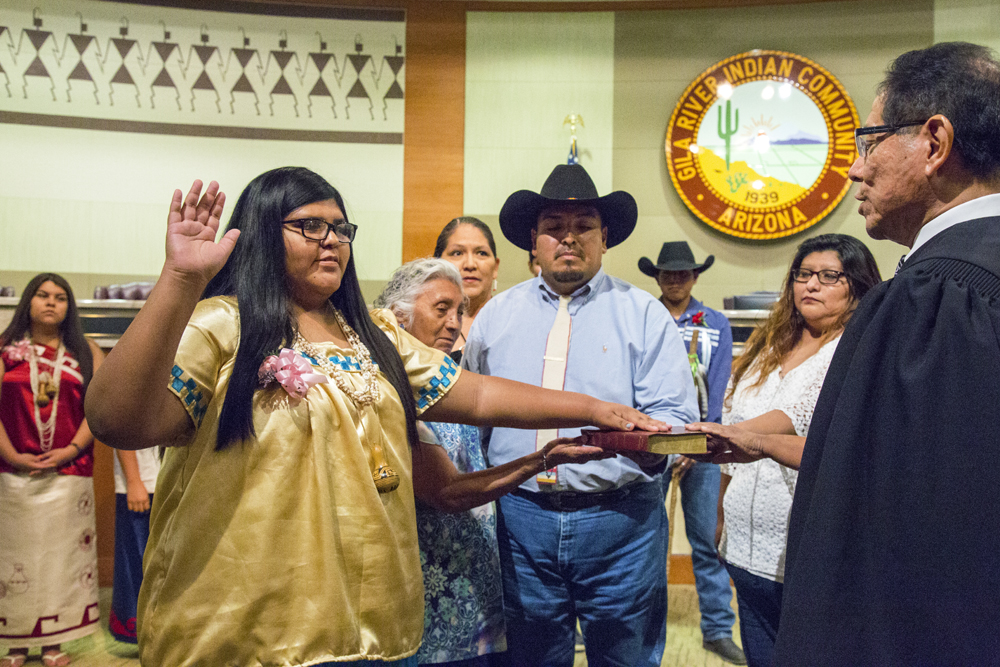 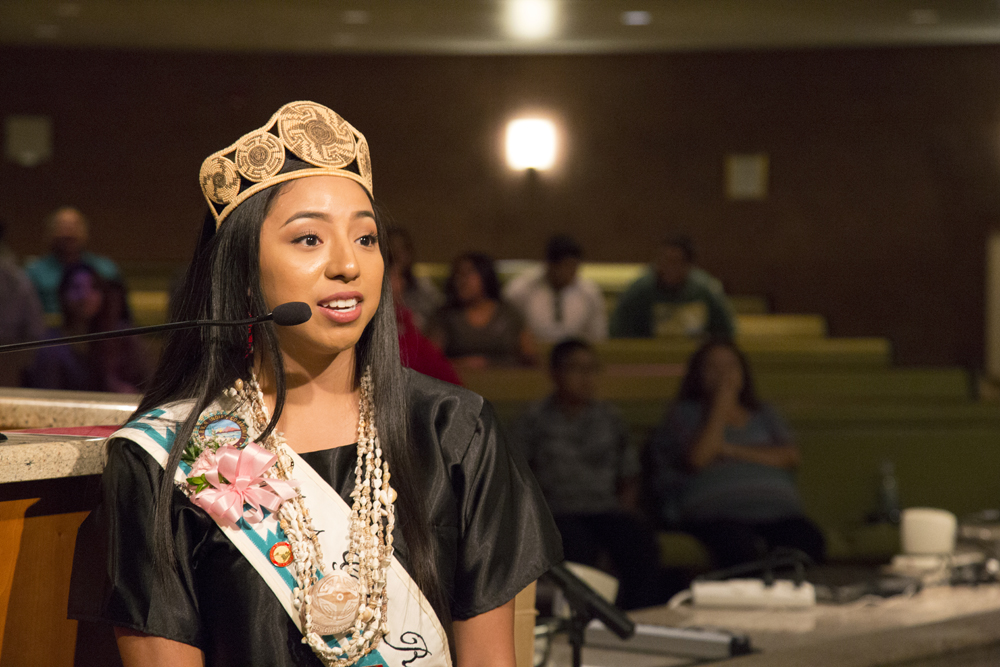