Weeks after the loss of NNPD Officer Leander Frank, a car wash fundraiser was held at Wild Horse Pass Casino & Hotel on Sept. 24.

Officer Frank was a 12-year veteran of the department who lost his life in a head-on collision with a pickup truck along a section of Navajo Route 64 while responding to a call near Tsaile Ariz., on Aug. 30.

With buckets of soapy water and washcloths the gathering of volunteers joined the family of Officer Frank as a token of appreciation for his years of service in law enforcement.

The event was coordinated by the GRPD along with the Bureau of Indian Affairs Office Justice Services.

Gila River Fire Department and other public safety agencies spent their time scrubbing and rinsing cars as they came through the washing stations that were setup in the casino parking lot.

Alice Yellowhair, who is the mother of Officer Frank, traveled to the Community from Chinle, on the Navajo Nation, to be at the car wash to thank the many volunteers who spent their Saturday helping out.

“It's just overwhelming what I am seeing [today]. Just seeing how helpful everyone has been from the little ones, all the way up to the adults,” she said.

Yellowhair said the whole family appreciates the outpouring of support during their time of healing to remember her son.

According to a GRPD press release, Officer Frank served as a member of the Navajo Nation Police Department Special Weapons and Tactics team, Drug & Gang Unit, an active shooter instructor, and served in the United States Marine Corp for four years before joining the police department.

GRPD Public Information Officer Caroline Brown said the idea behind the car wash was to help for Officer Frank’s services.

“[We] wanted to give back in some way, so we decided that putting on a benefit car wash was the best way to help the family of Officer Frank out,” said Brown.

She said that even though many of the officers who volunteered may not work together they are still a family.

Yellowhair said that it has been a difficult time for her and her family, but support from law enforcement across the state, has been uplifting and shows how much her son was part of an even bigger family of committed individuals.

“[They] came together as a whole to help one of their fallen. That is what [I] really like about [our] law enforcement and members of public safety,” she said.

He was a trainer at the academy, who took extra pride in the class of police recruits he trained, because it was his responsibility to make sure they received the necessary training before they become officers.

“When you gave him an assignment, he didn’t ask why, he just knew what had to get done. That was just [his] character and as a Marine, that discipline came from his experience in the Corp,” said Yazzie.

The proceeds from the event will go to the family of Officer Frank, who are appreciative of the volunteers for lending their time and support for the event.

As Yellowhair looked on at the bustling activity going on around her, she found strength in knowing that the car wash will benefit her grandchildren. 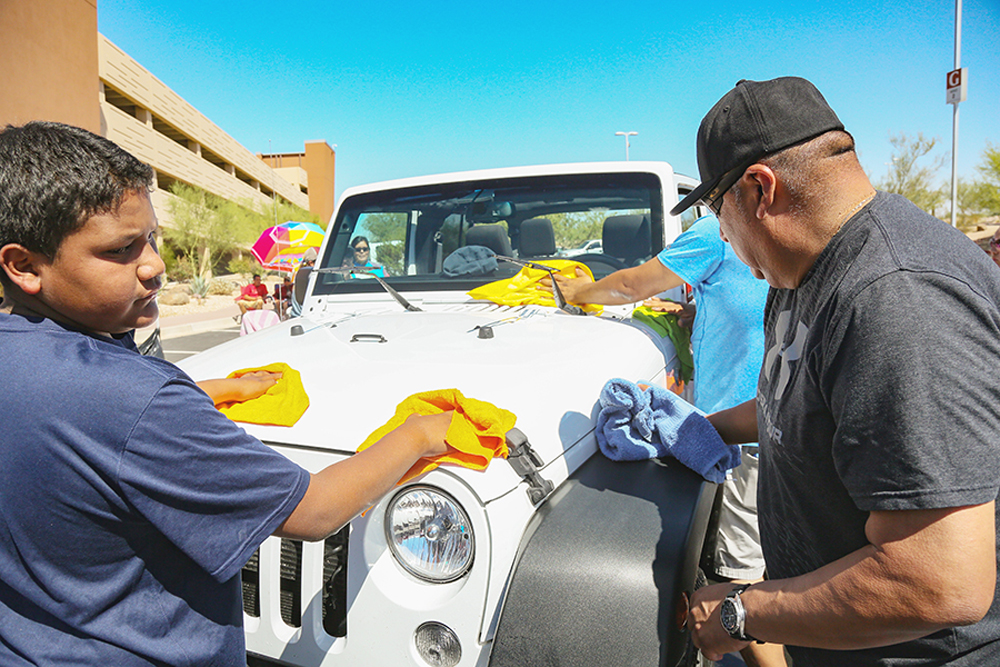 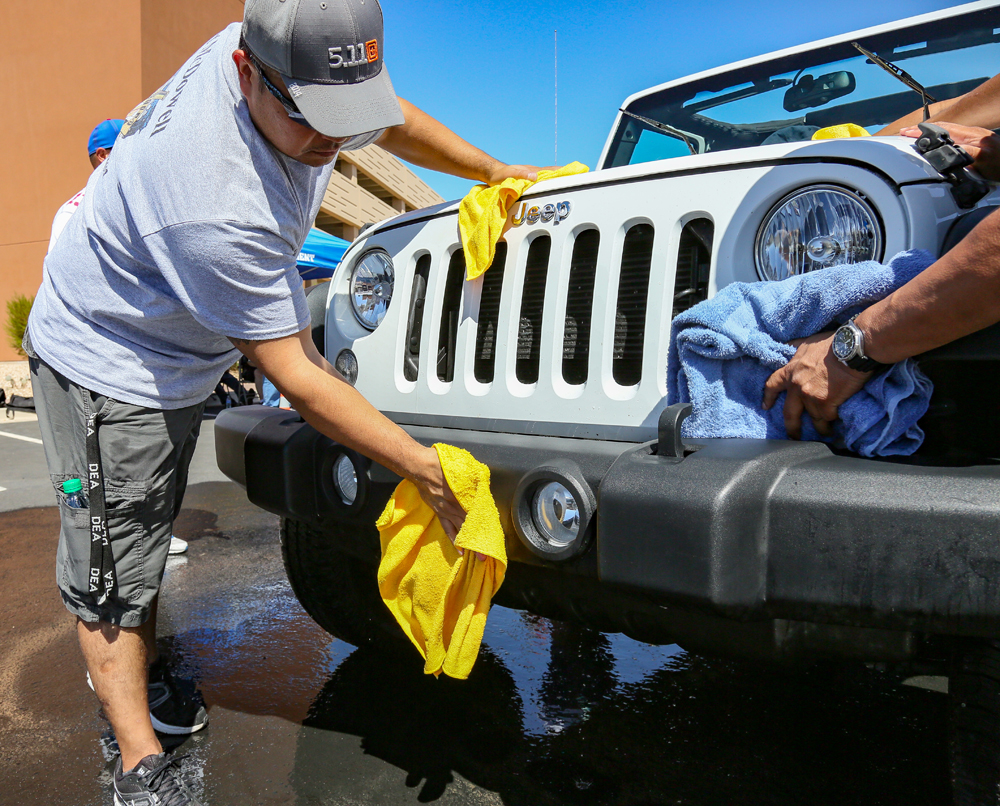 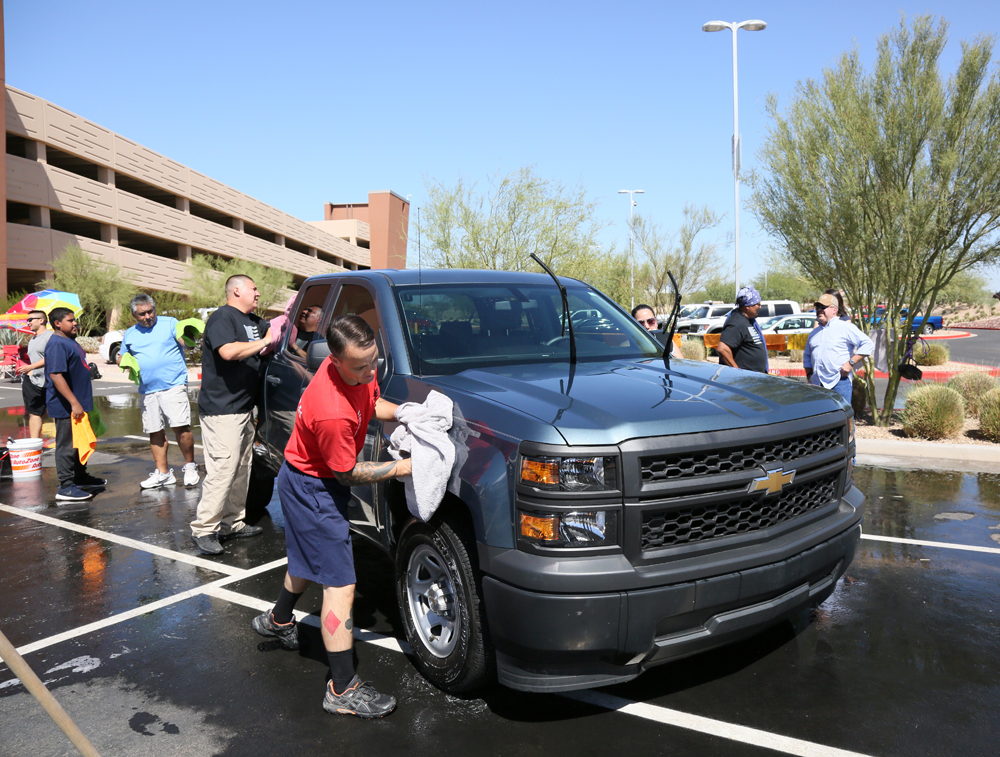 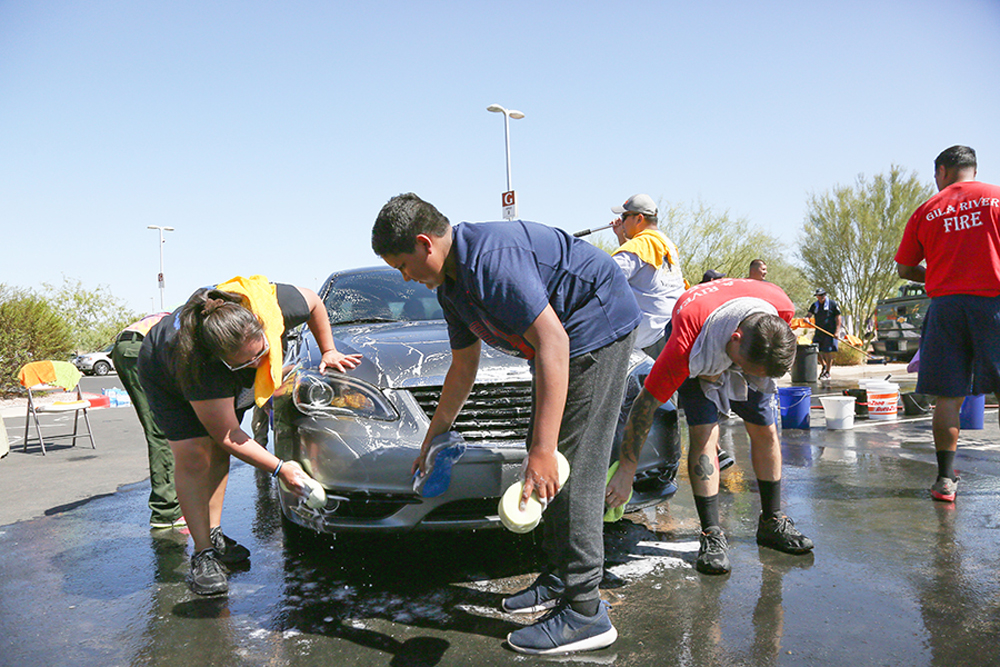 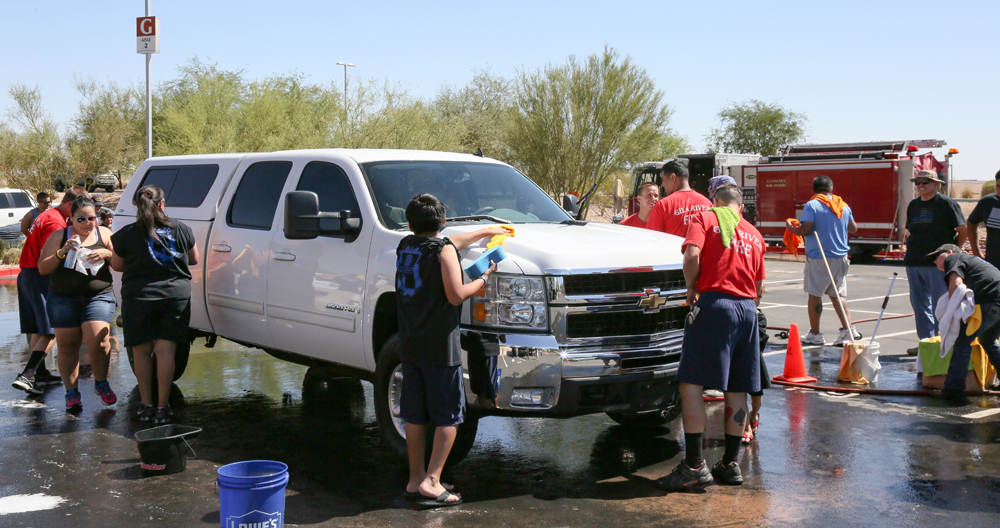