The Arizona Department of Transportation has already begun work on the Loop 202 South Mountain Freeway in Ahwatukee, but some groups opposed to the project say ADOT is acting prematurely, and want to prevent the freeway from being built.

Tensions briefly came to a head at a recent public meeting hosted by ADOT, where police officers stopped freeway opponents from entering with cultural items. Now, according to a Tempe Union High School District representative, reasons given by ADOT and the police for blocking the protesters’ entry appear to be unfounded.

A group of independently active Gila River Indian Community members opposed to the freeway extension project held a prayer run on Sept. 27. Along the way, runners said they were praying for the protection of the mountain and the stoppage of construction.

The group has set up a campsite, which they have named Moadag Thadiwa, at the base of Moadag Doak (South Mountain) in GRIC’s District 6. The campsite lies near a segment of the freeway’s planned construction route that would slice through land the group says is sacred to the O’otham.

The prayer run consisted of about 20 people, including non-Native opponents of the freeway, plus support vehicles and personnel. It began at the campsite, ran eastward along Pecos Road for nearly 10 miles, and ended at Desert Vista High School, where ADOT was hosting a public information meeting on the design of the project.

“With running, we deliver our messages,” said Andrew Pedro, one of the runners. “We came and we delivered that message by telling [ADOT] we’re not going to let them build this. And we won’t let them build it by any means necessary.”

But when they got to the meeting, the protesters were not allowed to enter with their prayer staffs and gourds.

“ADOT and the Phoenix Police have kicked us out of the meeting because they wouldn’t allow our staffs in here,” said Pedro. “They considered it a dangerous weapon, but it’s what we use to carry our prayers.”

The group faced off with police officers for several minutes, arguing that their prayer staffs are spiritual items meant for good, not harm. The police, however, said the items could be construed as weapons and said they were enforcing policies of the school district to not allow signs, religious items or objects that could be viewed as weapons into the building.

ADOT officials also said it was the school district’s policy not to allow any protest signs or weapons on campus. A “Free Speech Zone” was fenced off beyond the school entrance, but remained vacant.

Later in the week, Tempe Union High School District spokesperson Jill Hanks responded to the claims by the PPD and ADOT that TUHSD prohibited certain items in public meetings on campus.

“We wanted the community to know we have no such policies and had nothing to do with Tuesday's meeting other than we simply provided meeting space to an organization who rented it,” said Hanks. “In fact, I made it very clear the day before the meeting to the representative who rented our facility, that we have no such policies or restrictions. And that even if we did, they would not apply to their meeting.”

ADOT did not return comments in response to TUHSD claims by the GRIN print deadline.

Hanks pointed out, “It is state law that deadly weapons can't be possessed on school grounds. It would be up to the police to determine what qualifies as a deadly weapon.”

After a terse, but subdued standoff with police officers outside the school cafeteria, the protesters decided not to enter. Instead, they formed a circle, sang a couple of O’otham songs and eventually chose to leave.

Early in the meeting, a slide in the meeting’s slideshow presentation read, “For public safety: meeting disruptions will not be permitted due to limited time for use of meeting venue (facility available until 8 p.m.); disruptors may be escorted from the meeting facility.” But the GRIC protesters were not allowed to enter the meeting and never saw the slide.

The police didn’t expressly prohibit the protesters from entering the building; they said they couldn’t enter with the cultural items. It was recommended they leave the staff and gourds outside to be allowed to enter the meeting.

When asked if it was an option for the members of the group to leave the cultural items outside the building and then enter, Pedro said, “No, we can’t. These are our protection. These are our forms of prayer. It is a violation of religious freedom for them to deny that to us.”

Linda Allen, another member of the group, said, “They did tell people, as long as we left them (the staff and gourds) in our vehicles we could come in, but people didn’t want to do that because by doing that [it] would have been giving credence to the [idea that] it was some sort of weapon, and it’s not. It’s a peaceful thing.”

The agenda stated the meeting’s purpose was “to obtain public input on the preliminary design plans for the Loop 202 Project,” and “not to debate project alignment and ‘build or no build’ options.” The hosts estimate about 400 attended.

The meeting focused intently on design elements of the project regarding traffic interchanges, the height of sound barriers, aesthetic motifs and landscaping choices.

ADOT has moved past the conversation of whether or not the freeway should be built.

Dustin Krugel, an ADOT public information officer, said, “We understand that not everyone is 100 percent behind this project, but there are thousands and thousands of motorists that are looking for additional travel options,” and support the project.

He said, “This is one of the biggest regional transportation needs in the Phoenix area. ... What’s really driven this need is the population growth and the economic growth in the Valley.”

When asked about claims made by some GRIC members that South Mountain is considered sacred ground, Krugel said, “The Arizona Department of Transportation is sensitive to the concerns from all tribal communities about South Mountain. ADOT and the Federal Highway Administration worked closely with the Gila River Indian Community throughout the 13-year environmental analysis of the Loop 202 Project, including the evaluation of alternatives to avoid and minimize impacts on South Mountain and other cultural resource sites.

Krugel said ADOT and the Federal Highway Administration tried to develop an alternative route for the freeway, which would set it on GRIC land and avoid impacts to South Mountain, “but the Community did not support it in a February 2012 tribal vote.”

One concessionary measure ADOT has taken, he said, is “ADOT will build elements along with the freeway that allow for continued access to South Mountain and sites used for traditional cultural practices.”

ADOT has begun pre-construction activities in preparation for the build-out of the freeway.

“This project has evolved to the point where now we can start construction,” said Krugel. “We had 13 years of public input that kind of shaped these current plans. … We’re scheduled to start mainline construction on the freeway in early 2017.”

Opposition to the Freeway Continues

The Moadag Thadiwa group does not represent the views of all GRIC members, and does not represent the GRIC government, but the Gila River Indian Community is one of the main organizations fighting the freeway in the courts, the other being the Ahwatukee-based group Protecting Arizona’s Resources and Children (PARC).

Both have sued ADOT and the Federal Highway Administration for violations of federal statutes during the development of the project. In August, a federal judge ruled there was no basis for such claims.

Krugel said, “The United States District Court concluded that ADOT and Federal Highway Administration complied with the National Environmental Policy Act and the other federal environmental and cultural resource laws in their approval of the South Mountain Project.”

On Aug. 26, the GRIC Council moved to challenge the decision in the Ninth Circuit Court of Appeals. PARC is also appealing.

At the design meeting, PARC board member Jim Jochim said ADOT views the construction of the freeway as a foregone conclusion, and that’s a mistake.

“I feel ADOT is premature in what they did tonight,” he said. “They are basically anticipating a very positive ruling out of the Ninth Circuit Court [of Appeals.] They should wait, and it’s going to be painfully obvious when they have to back up and stop some of the things they’re doing…if the court rules in favor of PARC, which we expect.”

With the first phases of construction underway, the chances of stopping the freeway altogether are looking slimmer and slimmer.

Long-time Ahwatukee resident and PARC supporter Bill Ramsey said, “It does seem like it’s fait accompli. It’s a done deal. They do have federal approval. They won the recent court case. So from that standpoint, they are legally on solid ground to continue with the project.”

But, he said, he is still hopeful that the Ninth Circuit Court of Appeals will hear GRIC’s and PARC’s case against the freeway.

“I am very hopeful that the Justices will hear [that] case soon, and hopefully we ultimately get the Justices’ approval and then stop the project.” 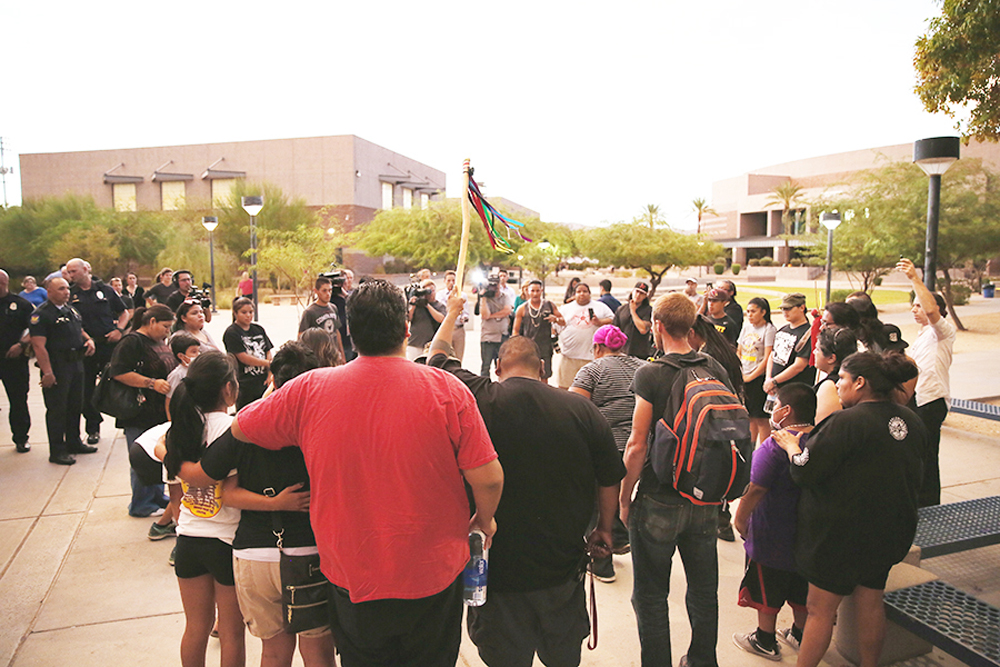 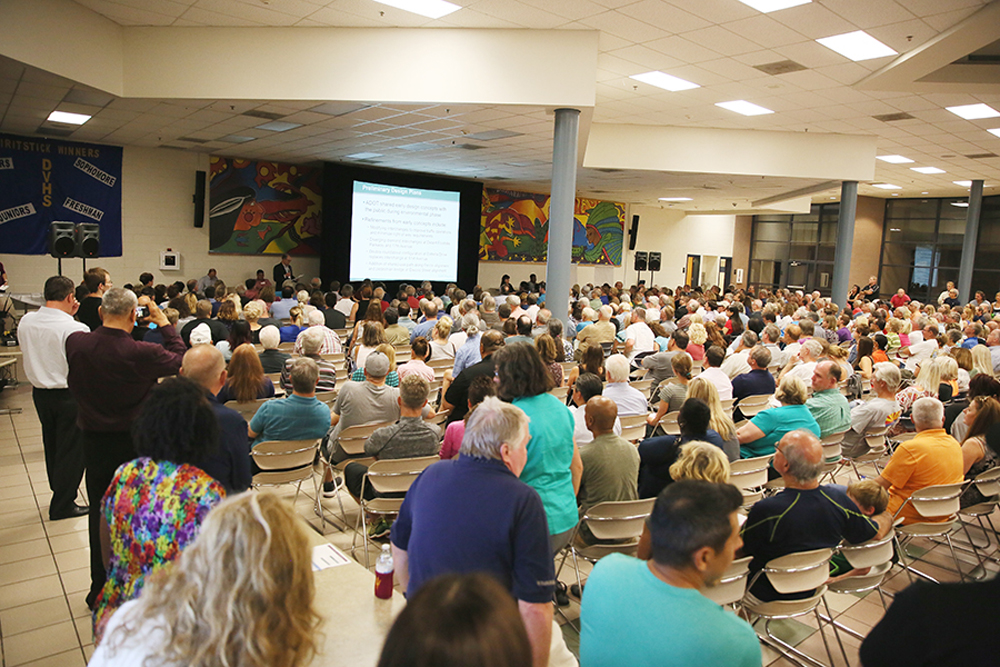 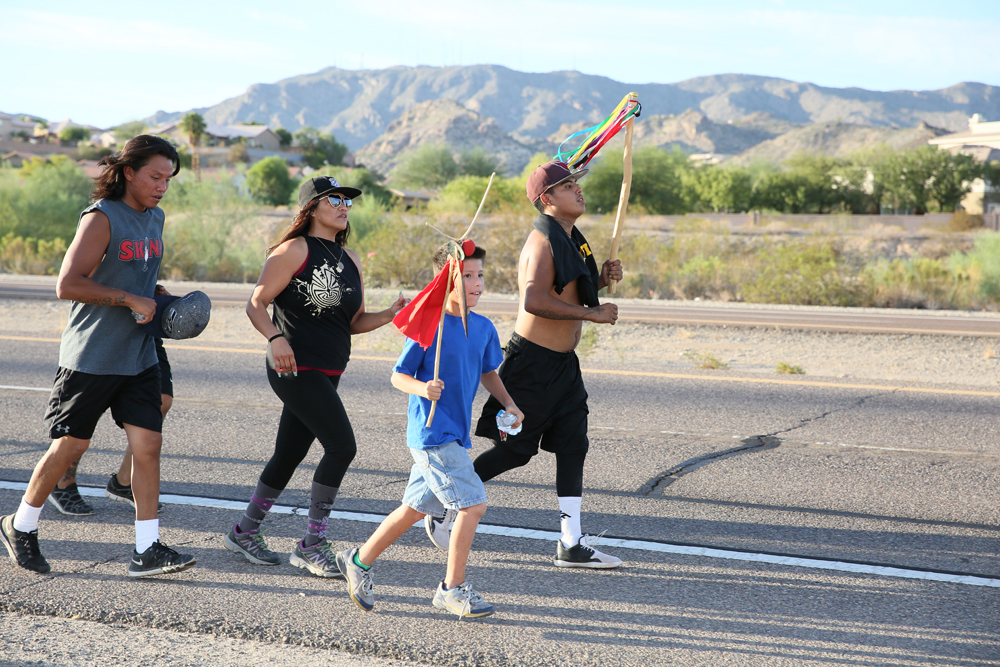 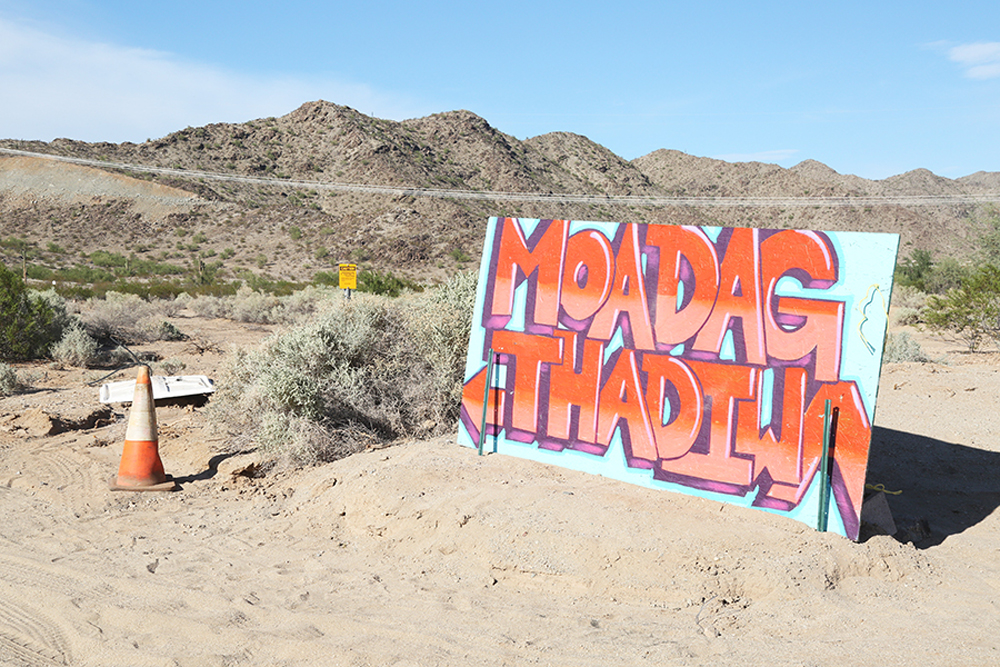 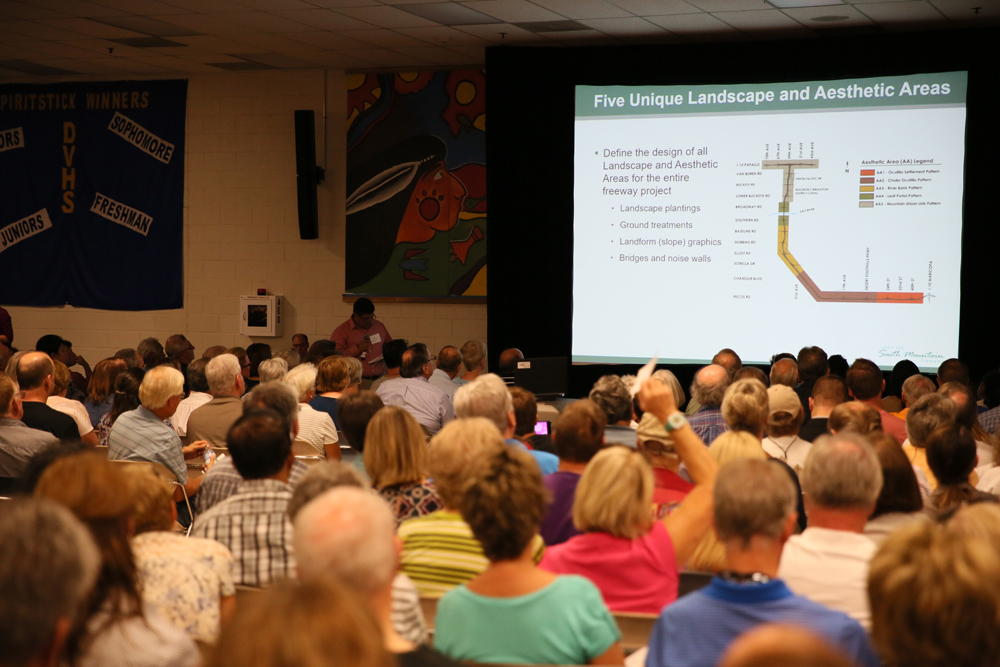