The Tribal Education Department’s new assistant director was formally introduced during the presentations/introductions portion of the Community Council meeting on Sept. 21.

Fredrick Poitra, an enrolled member of the Turtle Mountain Band of Chippewa Indians, is the newest addition to the Tribal Education Department and he said he’s been very impressed with what his department has already established.

“The existing TED programs are a solid foundational framework for adding to the continued success already experienced by the programs and the department,” Poitra said.

The assistant director has many duties in the oversight of the department. Poitra has been extremely busy learning the position.

In addition to assisting with the development of a Community-wide culture curriculum for GRIC, Poitra will be working closely with K-12 education and its programs, including the school Tribal Allocation grant, off-reservation boarding schools, the Johnson-O’Malley (JOM) program, and student behavior specialists.

Poitra is looking forward to working with all the stakeholders in education to assist GRIC students. “I firmly believe that under a structured framework and with ample supports, Native children are just as apt to academic success as anyone else. My motto has always been: Accountability equals Results,” Poitra said.

Although Poitra is new to the Community, he’s been working in education for 17 years. He’s been a teacher’s aide all the way up to a school administrator, in addition to working for Tribal Grant schools as well as federally operated Bureau of Indian Education schools.

Working in Sacaton is also a change of scenery for Poitra and his wife and three children. He is from Belcourt, N.D. and has spent his entire career in education on the Turtle Mountain Indian Reservation where he was raised.

Not only is Poitra passionate about education, he’s also passionate about his favorite NFL team, the Philadelphia Eagles. The Eagles are off to a fast start this year thanks to fellow North Dakotan Carson Wentz.

Poitra and Wentz are both looking to make a splash in their new surroundings. “I especially look forward to learning about the history and traditions of GRIC and meeting members of the Community.” 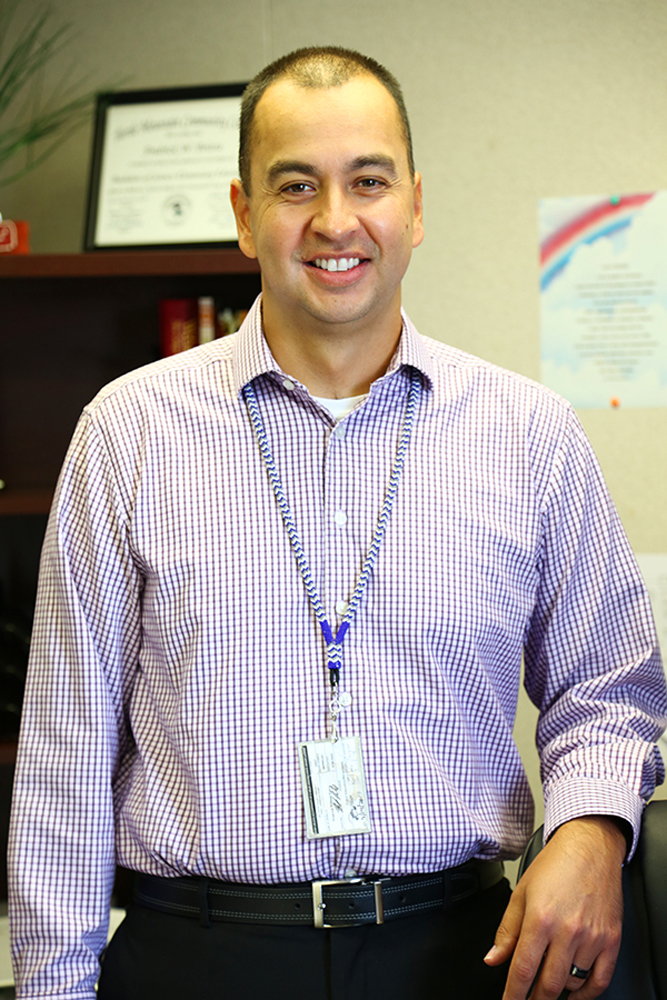