Even though they fought in different wars or conflicts and the uniforms may have changed, veterans came together for the O’odham Veterans Celebration Committee on Sept. 24 in District 5.

The event was attended by veterans from the O’otham sister tribes and surrounding organizations and American Legion posts.

In a pre-recorded video message Gov. Stephen Roe Lewis, who could not be present at the event, expressed his administrations initiative to establish the Gila River Veterans and Family Services program in the Community.

“One of the things that we’ve looked at and a commitment we have yet to make to our veterans is to have a veterans services entity as a department or within our Community government,” said Lewis.

He said a task force of veterans and representatives from his administration have met on several occasions to get the department ready for next year.

Issues discussed at the planning sessions have been on meeting the needs of the Community’s veterans on Veterans Affairs services to health care, behavioral health and employment opportunities.

Lewis said, “This is such an exciting moment within our Community, where [we] are actually going to create a veterans affairs office.”

The event focused on veteran’s services and who to contact for different types of health needs.

OVCC member Doug Juan, said the event is about connecting veterans to the services they need and to remember them for their service in the military.

He also talked about his work with the AmeriCorps office, and the work they are doing to connect veterans with services.

Salt River Pima-Maricopa Indian Community Veterans Representative Pacer Reina talked about the importance of the veteran’s celebrations and the things that are being done to connect them with services at each event.

“Each event is different…each event has its separate organizations and vendors that come together to help raise awareness around veterans services,” said Reina.

Reina pointed out the fact that the veterans celebration has been going on for six years and growing ever since its first event. The goal of the celebrations focused on connecting veterans to much needed services.

Arizona Department of Veterans Services Director Ret. Col., Wanda Wright talked about her service in the United States Air Force, as well as her family’s service in the military.

Wright talked about the similarities between her family and the Community. She said each story is different, but connected to serving in the armed forces, generation upon generation.

Wright said, “Our department's initiative is to make sure that we advocate for all veterans.”

She said, "It's so important that we keep our outreach and our support to our Native American veterans, so that we can help you understand what services and benefits are available."

Wright recognized that among the veterans population there are women who served during war time that need to be recognized for their service and it is important not to forget their sacrifices while in uniform.

She said that her department is committed to working with tribal communities around veterans issues that, in the case of the Community, can be even more beneficial through the GRVFS department.

After the speakers concluded their speeches a distribution of Department of Defense gear was given to all of the veterans who attended the event.

The distribution included sleeping bags, jackets and boots and a whole kit of gear that could be used on a camping trip. 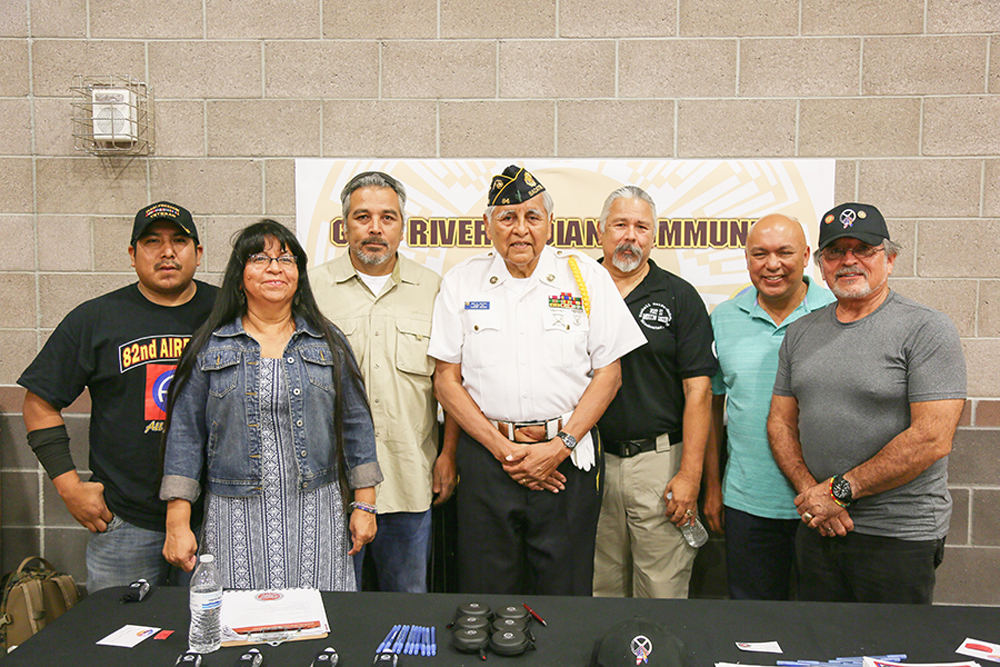 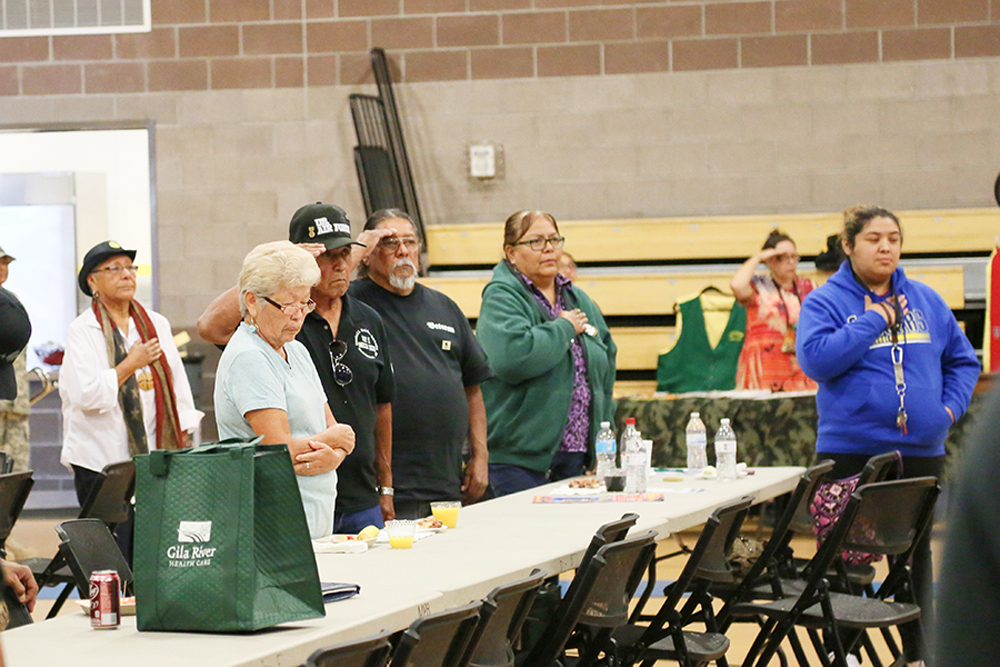 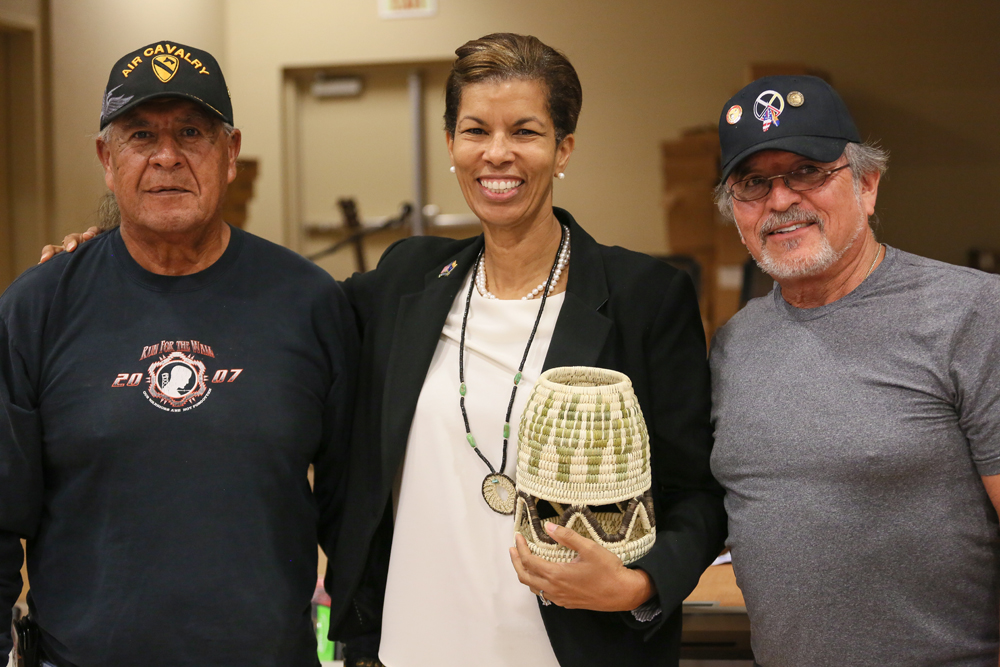 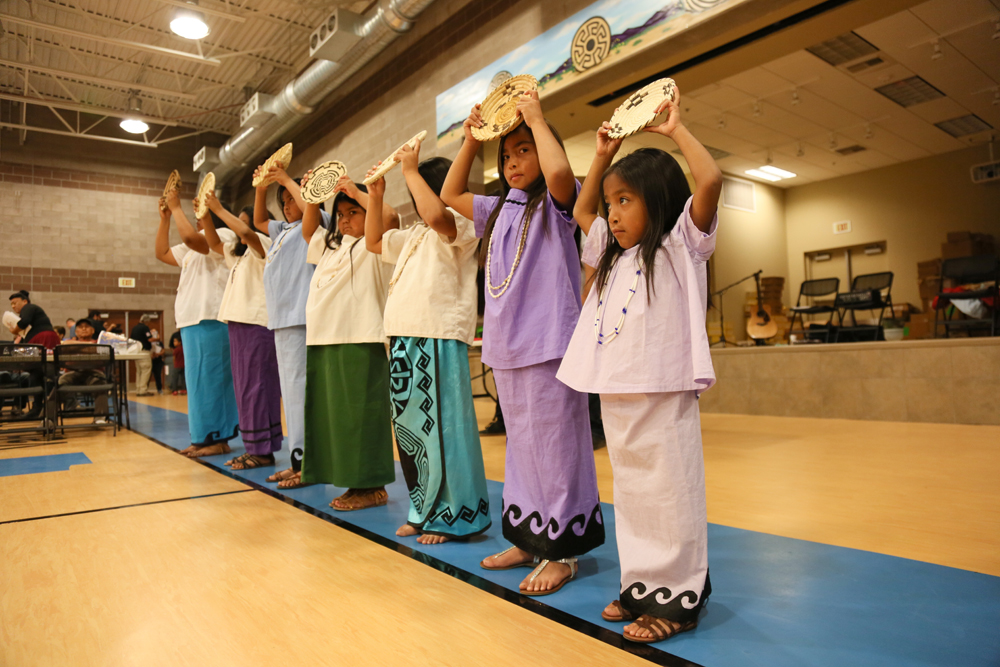 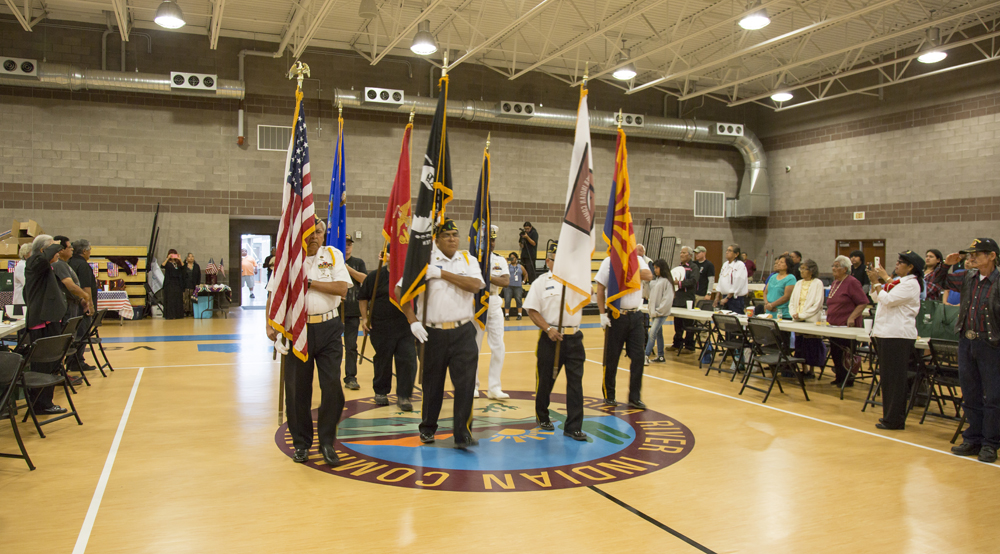