Representatives from a tribal commission met with Gila River Indian Community officials to discuss water history and use.

The Owens Valley Indian Water Commission is comprised of three tribes; the Bishop, Big Pine, and the Lone Pine Paiute-Shoshone nations that reside in the Owens Valley of central Calif.

Like the Community, the Commission has been involved in a decades long water rights claim with the Los Angeles Department of Water and Power.

Representatives from the Pima-Maricopa Irrigation Project and past members of the Community’s litigation team discussed many issues around water rights claims with the local and federal government at the Governance Center on Sept. 24.

Gov. Stephen Roe Lewis thanked the Commission for making the trip to the Community to share how the tribe is moving forward with its water rights settlement.

“We are proud of what we have been able to accomplish, because it has been something many have dedicated their lives to,” said Lewis.

Gov. Lewis took the opportunity to discuss the importance of cultural and agricultural preservation through the use of the water rights settlement and how that will need to be maintained as drought conditions continue in the Southwest.

“I am proud that the Community is in a position to really move things forward to implement our water settlement for the benefit of Gila River,” he said.

He emphasized the importance of having a voice at the table when states and municipalities start to talk about how they are going to address drought conditions.

The Commission talked about how the tribes current land base was created through a land exchange between the LADWP and the Department of Interior in 1939, which included water as part of the deal.

Pima-Maricopa Irrigation Project Director David DeJong provided an overview on the impacts to the tribe that were caused by the damming and diversion of the Gila River.

The presentation looked back at the periods of prosperity as one of the leading agricultural centers in the state of Arizona, to the struggles the Community endured as the water became scarce.

Former GRIC General Counsel Rodney Lewis talked about the years of litigation that he was a part of to get the Community’s water rights through the 2004 Arizona Water Settlements Act.

Rodney said it was a demonstration of the Community’s ability to exercise self-governance and that it included enlisting the help of firms and analysts to build a sound case for obtaining water rights.

Members of the Commission expressed interest in the culture of the people and how that has been influenced by the diversion of the Gila River.

They also were curious to learn about how the Community is exercising its water rights and building infrastructure to manage the water.

After the commission’s visit DeJong said, “They are talking about how they might be able to apply the same principals to their own water situation.”

On the afternoon of the visit, the commission packed into vehicles and took a tour of sections of the PMIP canal system beginning in District 1 and ending in District 4.

One of the stops was of the Managed Aquifer Recharge (MAR 5) located in District 2. 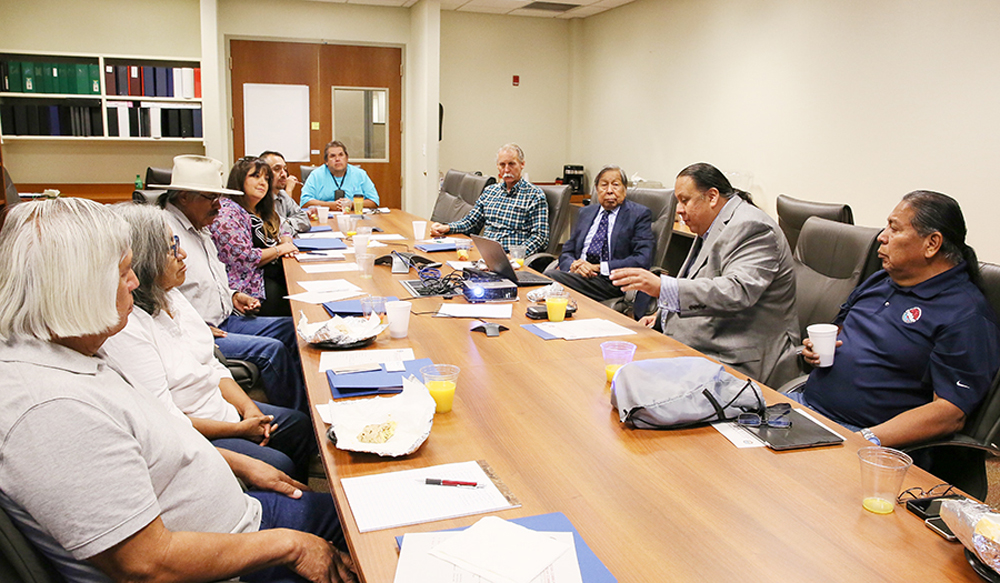 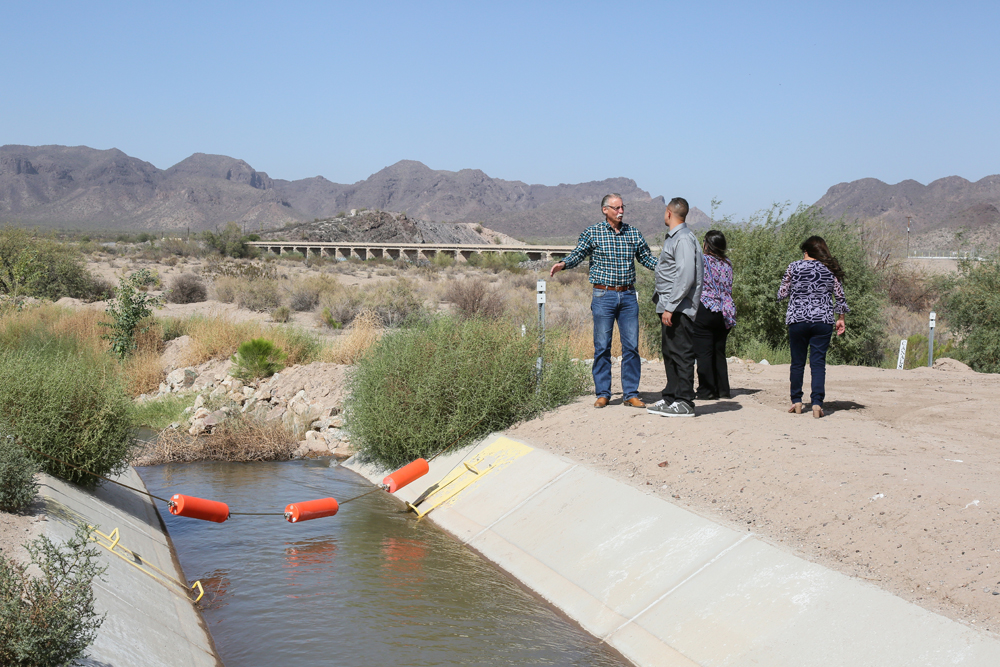 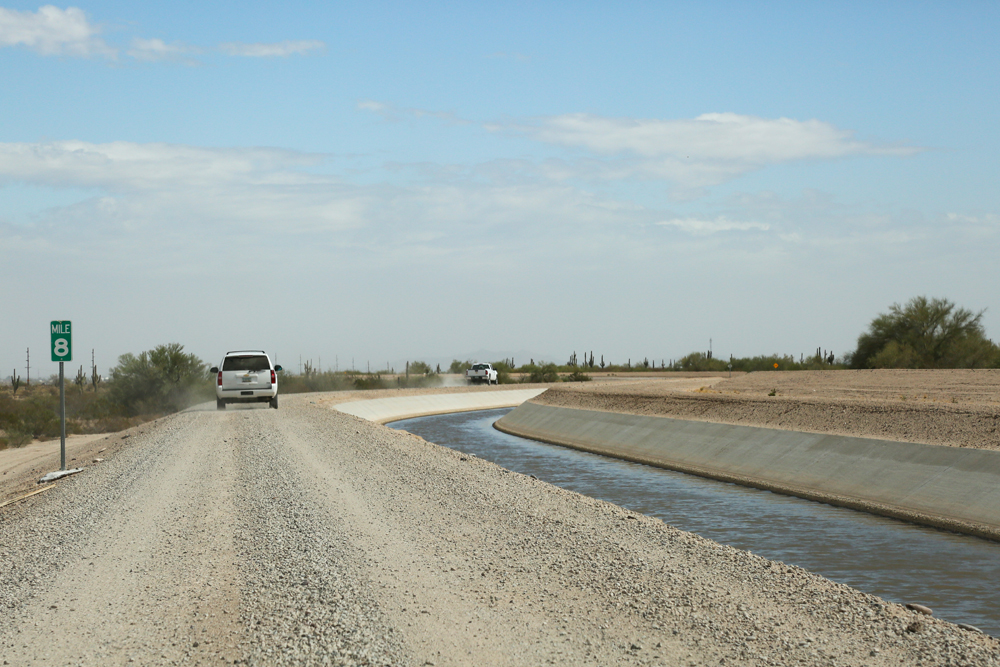 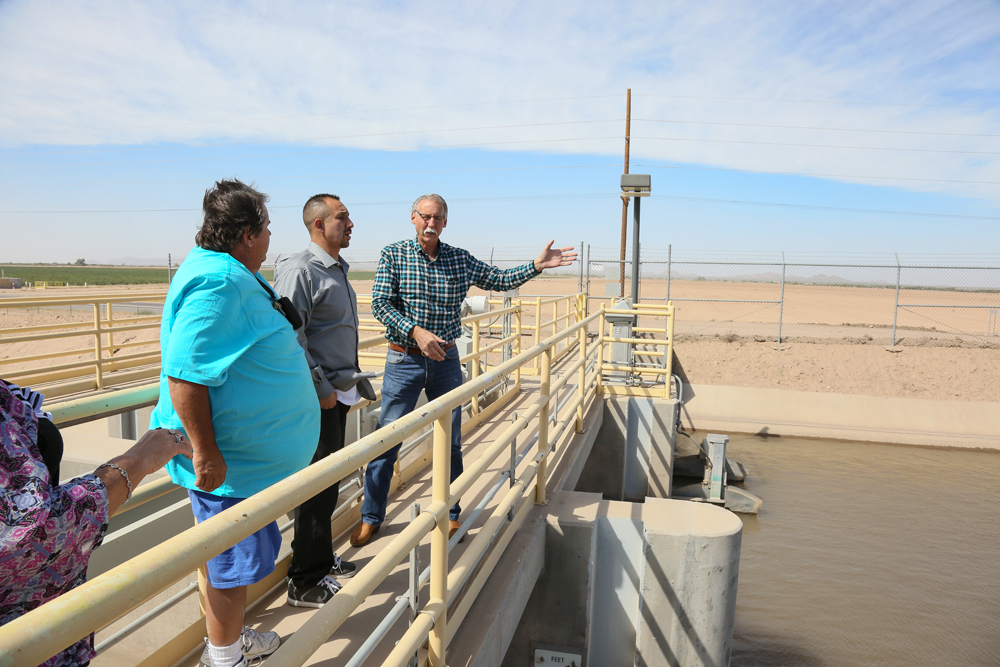 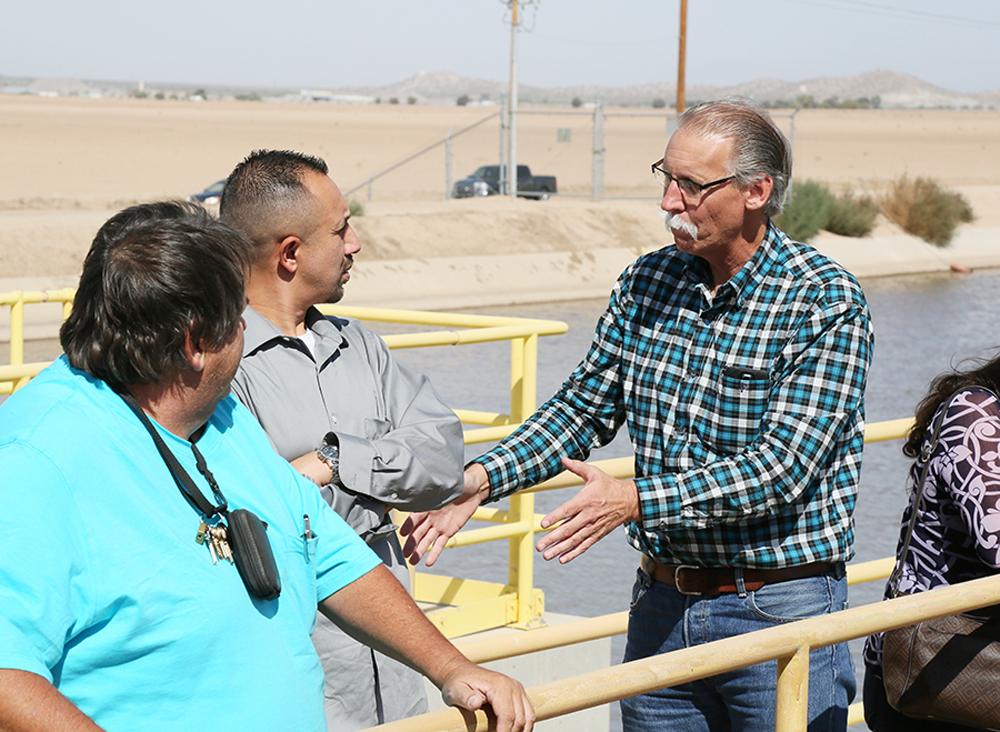