Right on the curve of Sacaton Road sits a tan steel building that most people would think is a big metal warehouse. But to all parishioners, it is a place to share God’s word.

St. Anthony’s Catholic Indian Mission was built in the 1920’s and many gathered to attend church service and celebrate religious milestones of the Catholic faith.

Under the Diocese of Phoenix, St. Anthony’s has a congregation of over 250 parishioners within the Community. They have been working very hard donating their time, supplies and income in an effort to raise enough funds to build what was once their place of worship.

Several years ago, in January 2000, the historical St. Anthony’s Catholic Indian Mission was destroyed by arson. It was a great loss to the Catholic community, but through sweat and tears, parishioners began to clean up and salvage what they could from the burned remains.

One of the few things that survived the fire was the big brass church bell which currently is located at the Consolata Missionary Sisters residence in Sacaton. The bell is waiting to be placed back in its home.

Many believe it was important to continue to move forward and keep the congregation together. So they continued to have mass outside under a tree until the Arizona heat finally caused the parish to seek shelter indoors.

St. Anthony’s Indian Mission was loaned a steel multipurpose building from the Diocese of Phoenix which was placed on Sacaton Road. To this day it is currently being used for church services and fundraising to repay the Diocese.

The St. Anthony Catholic Mission board is currently in the next phase of rebuilding the church. Their goals include providing religious classrooms, more parking areas, and the continued effort to teach God’s word and care for the spiritual, social and emotional needs of its community.

Coordinator of Fundraising, Regina Antone-Smith said, “We are really going to push the advertising and create a big event this year.”

“We have some big donors attending the event and a special presentation will be done for them. They are very interested in Ira H. Hayes so they are eager to donate to a Native Catholic church.”

Every Fall, St. Anthony’s invites the Community and surrounding cities to join in on their biggest fund raiser of the year, called the Annual October Bazaar. The fund raiser will be held Oct. 15 and will feature a mush ball tournament, horseshoe tournament, raffle, vendors, a dance, children's games and more.

For more information or if you would like to make a donation in rebuilding St. Anthony’s Catholic Indian Mission contact Fundraising Coordinator Regina Antone-Smith at (480) 296-1256 or email RP5859@msn.com. 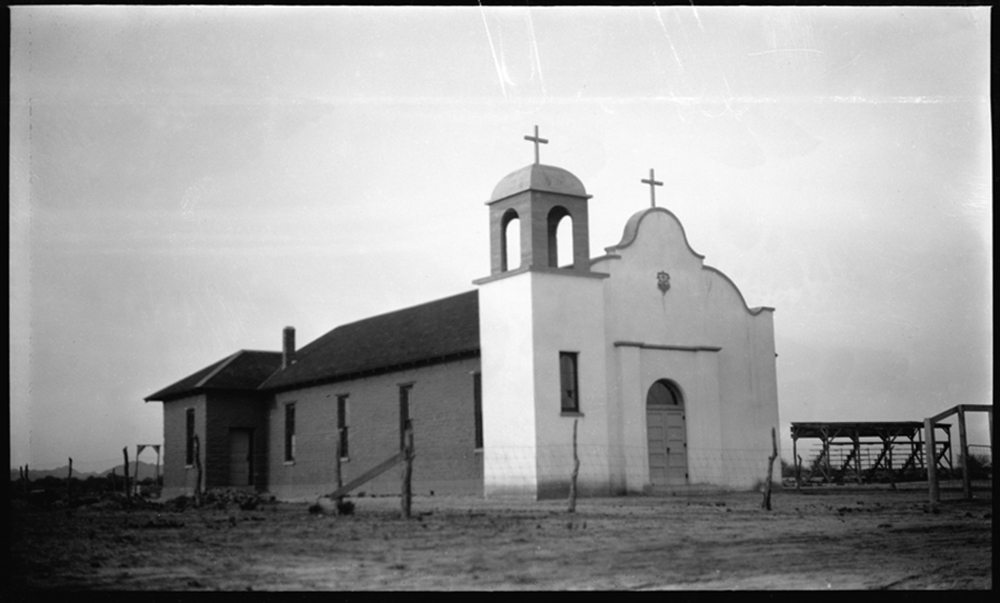