Farm managers, researchers, and representatives from different tribes made their way to the largest Native olive farm in the United States, Sept. 14, to monitor the progress of Gila River Farms’ (GRF) 217,000 super high-density olive trees and discuss the future of olive production in tribal agriculture.

Representatives from the Tule River Tribe, Fort McDowell Yavapai Nation, San Carlos Apache Tribe, and Intertribal Agriculture Council of Arizona gathered at GRF and were given a tour of the farm’s olive trees.

During the tour, Charo Olive Oil Company CEO, Jeffrey Charo, whose company has provided consultation to GRF, explained the ins-and-outs of growing the trees and discussed with tribal representatives how olives are a long-term sustainable crop.

Charo said that GRF could become the olive growing, olive oil producing and olive-pressing hub of Arizona so that nearby tribes have a central place to grow, mill, and press their olives.

This would allow tribes who don’t have a background in growing and maintaining the trees the ability to enter the olive market without the prohibitive costs associated with starting a new crop from scratch.

One benefit of having a nearby olive production hub, said Charo, is that olives can be quickly transported to the mill, which is imperative when making quality olive oil.

Olives quickly deteriorate after being picked and will begin to ferment after just 48-hours, affecting oil quality and flavor. Within that 48-hour time frame the olives must be milled and pressed, Charo said.

While two days may seem like more than enough time to transport, mill, and press the olives; a flat-tire or traffic jam during transport may have the potential to cause hundreds of tons of olives to go to waste.

Which is one reason why GRF is looking to build a one-stop shop for olive production in one central location, where tribes can grow their own olive trees on leased land, employ GRF to properly maintain the trees, and have their olives milled and pressed.

“Once the olive oil mill and press is constructed, the farm will be able to press oil for other tribal farms should they decide to pursue olive growing,” said Horne.

“There is also opportunity for tribes to [possibly] lease ground at Gila River Farms and grow their trees here, especially for the tribes who cannot grow them due to climate, land, and water issues,” said Horne.

Next month the farm will host another gathering made up of representatives from the Yakama Nation, Cabazon Band of Mission Indians, Rincon Band of Luiseño Indians, Viejas Band of Kumeyaay Indians, Yavapai-Prescott Indian Tribe, and the Bishop Paiute Tribe.

“We have thus far been the central meeting place for both olive production and other tribal agricultural discussion and would like to continue to work with other tribes. This experience has created some great relationship for Gila River Farms, and the meetings have been beneficial to all,” said Horne. 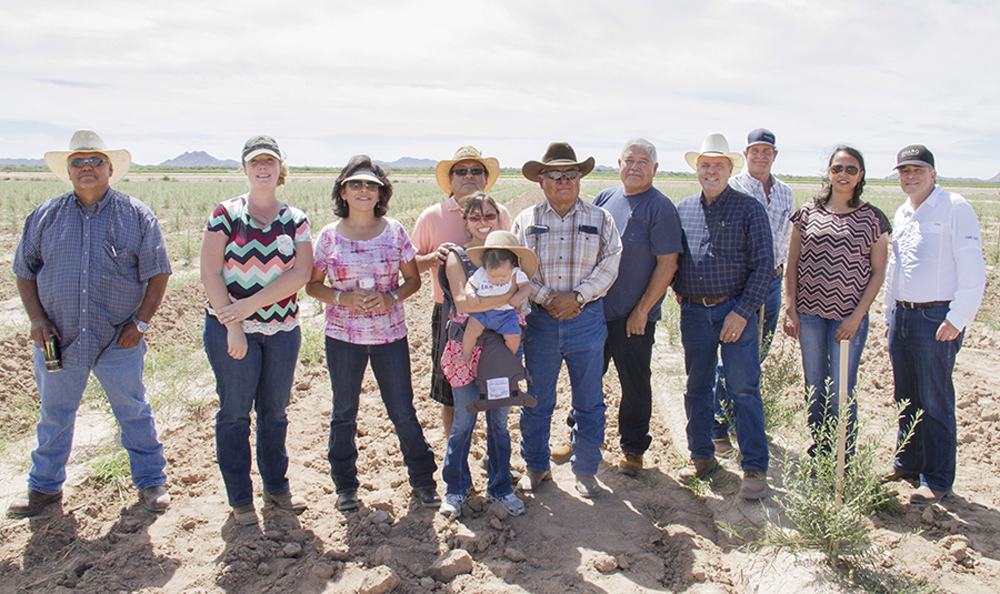 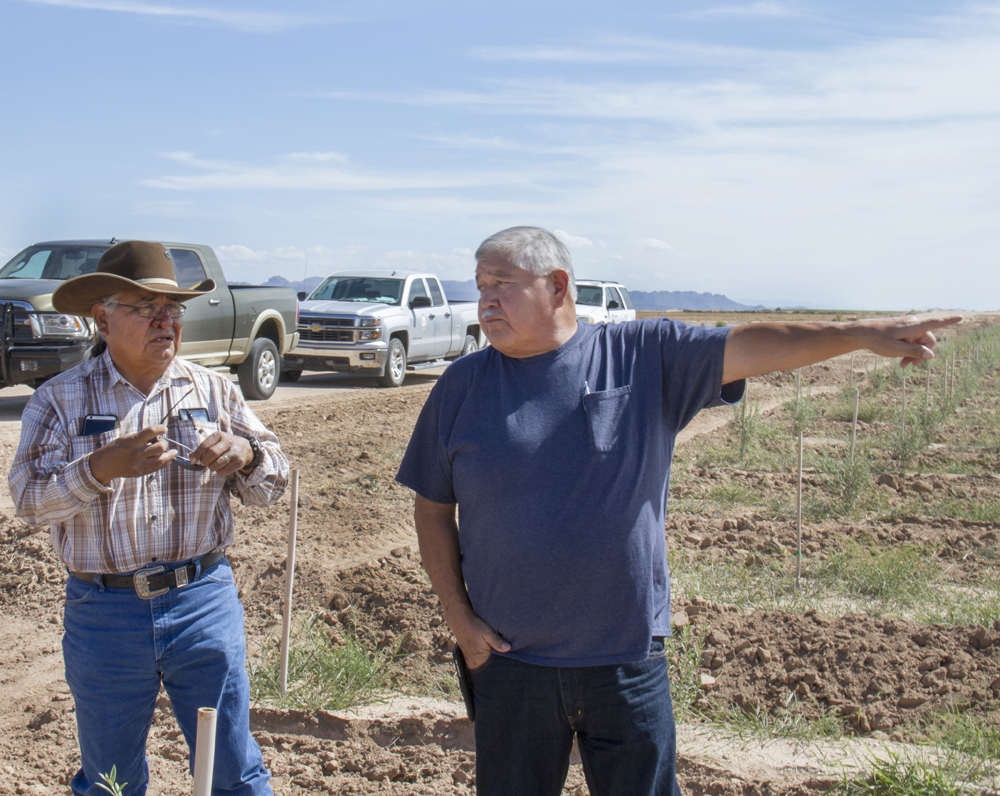 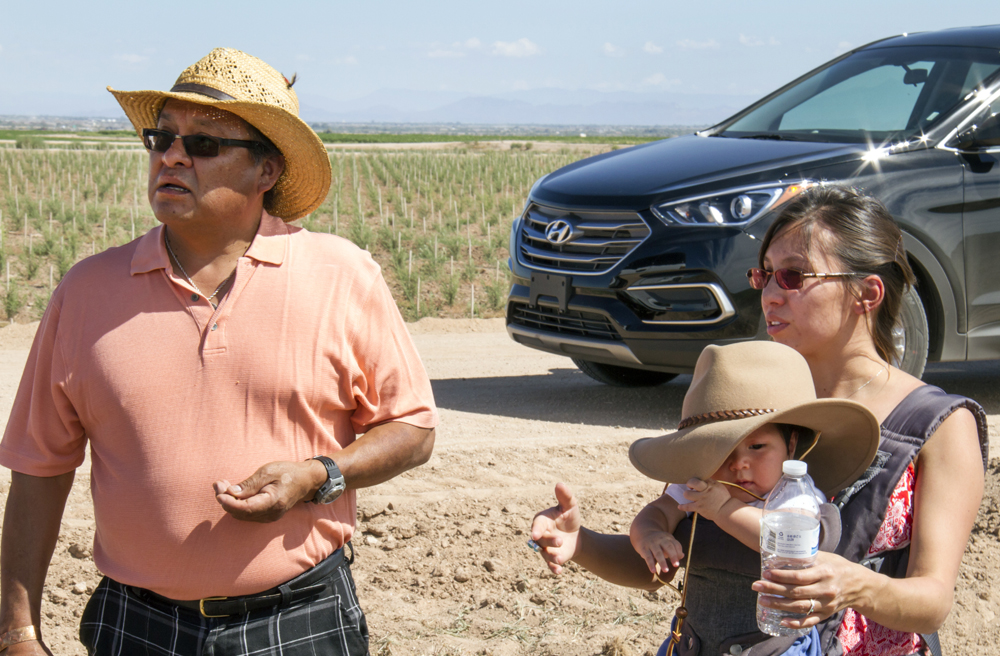 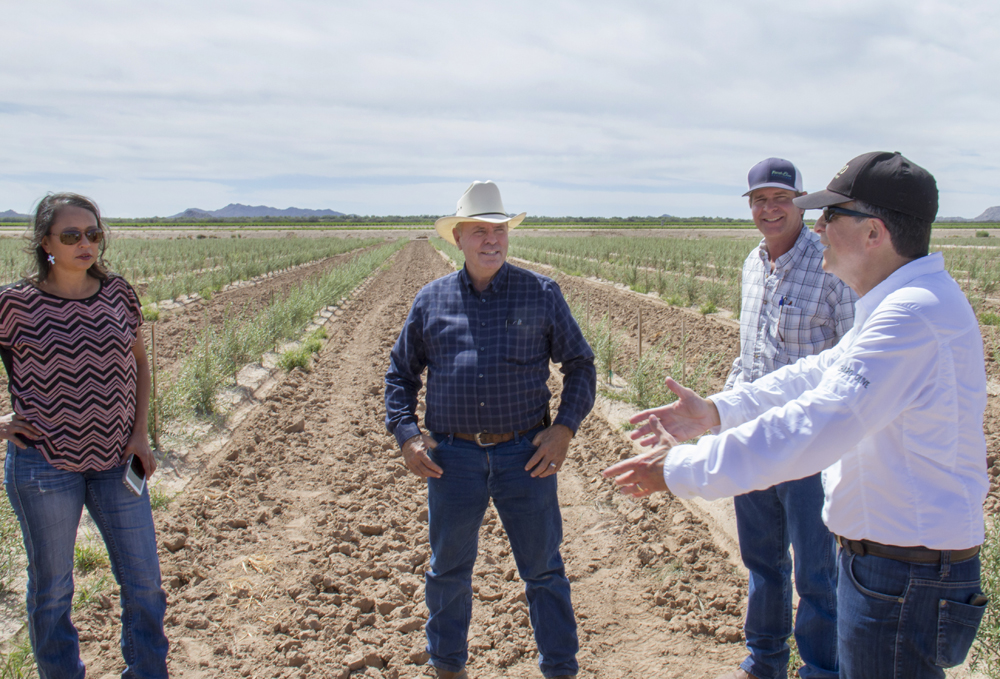