Around 100 Gila River Indian Community members came out to the 4th Annual Domestic Violence Awareness Fair held at the District 6 Head Start on the morning of Oct. 8.

Gila River Indian Community Lt. Gov. Monica Antone talked about her own personal issues with domestic violence, saying her own family had been affected. and it can trickle down from generation to generation, affecting entire families.

She said that no matter what background, income, or line of work, you will encounter domestic violence in your lifetime and that it is important to build yourself up with faith, face your challenges, and continue moving forward in life.

Father and son presenters, Ernest Tsosie Jr., 74, and John Tsosie, who founded “Walking the Healing Path,” a group that raises awareness on domestic violence and violence against women, told their own story of domestic violence but from a very different perspective. Their story was about being perpetrators of abuse.

Ernest said that drinking alcohol was a big factor in contributing to his behavior.

He said it was during one of his drinking sprees when going after his wife that his small son jumped in front of his mother with fists raised, ready to protect her. Ernest said that when he saw this, he just turned around and left. It wasn’t much longer that he came home one night, during a drunken bender, to an empty house.

He said that even though talking about his past with his wife hurt him and opened old scars from the past, it was important to hear his side of the story, the side of the perpetrator.

“Keeping it a secret doesn’t help the community,” he said. “Somebody out there, if they hear this, we could touch them and even one person may be saved, may be positively affected by our own story.”

Even though Ernest stopped drinking and changed his ways, the generational trickle-down effect of domestic violence took hold of his son.

John opened his portion of the presentation by telling audience members that our children are watching us and our actions.

One morning, he said, he could hear his parents fighting again, his father was very angry and stormed out of the house. He saw his mom crying in her room sitting on the edge of her bed. Through her tears, she smiled at him, asking him to promise her to never drink alcohol or take drugs, and most importantly, to always respect women and never use force against them.

At this moment in his speech, John stopped, wiping tears from his eyes, his voice straining. Later on in life, he said, he had broken those first two promises, but never his promise to never hit a woman. One day, during a heated argument with his fiancee, he struck her and broke the third and last promise he had made to his mother.

Later that evening, he stood in front of a mirror and couldn’t recognize himself anymore. It was at that moment that he called the police on himself.

Standing in front of a packed house at Distict 6’s Head Start, John said, “I stand before everyone as a former batterer. I wish it wasn’t so, but it is the truth.”

He said that the only way to start the process of fighting back against domestic violence and violence against women is to come out to community events like the 4th Annual Domestic Violence Awareness Fair.

Before ending his presentation he told the audience that “When you set your mind to something, you can accomplish anything, but you must have faith in yourself.” 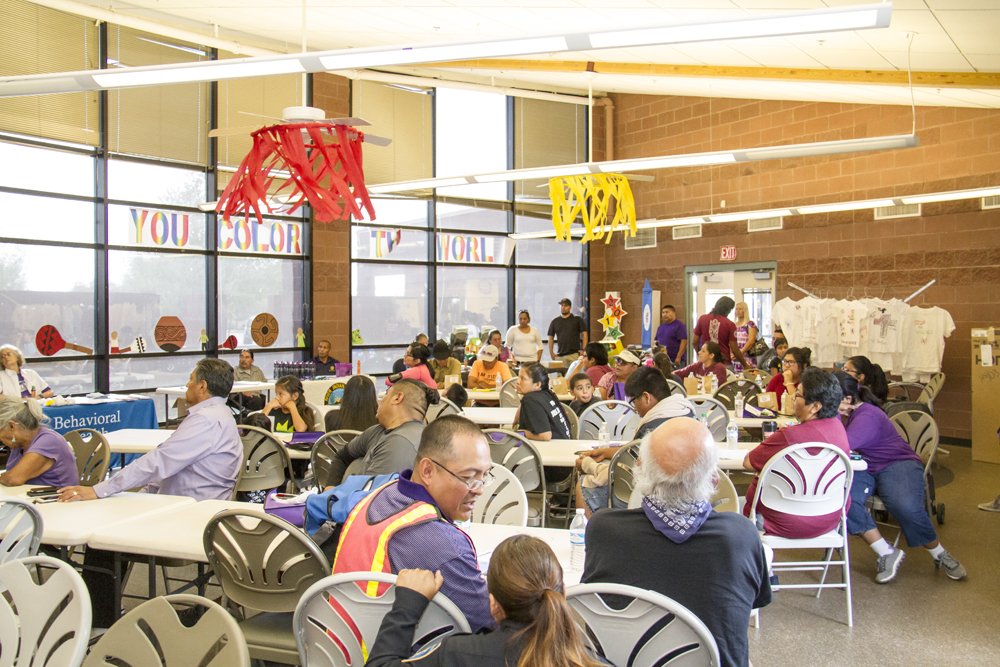 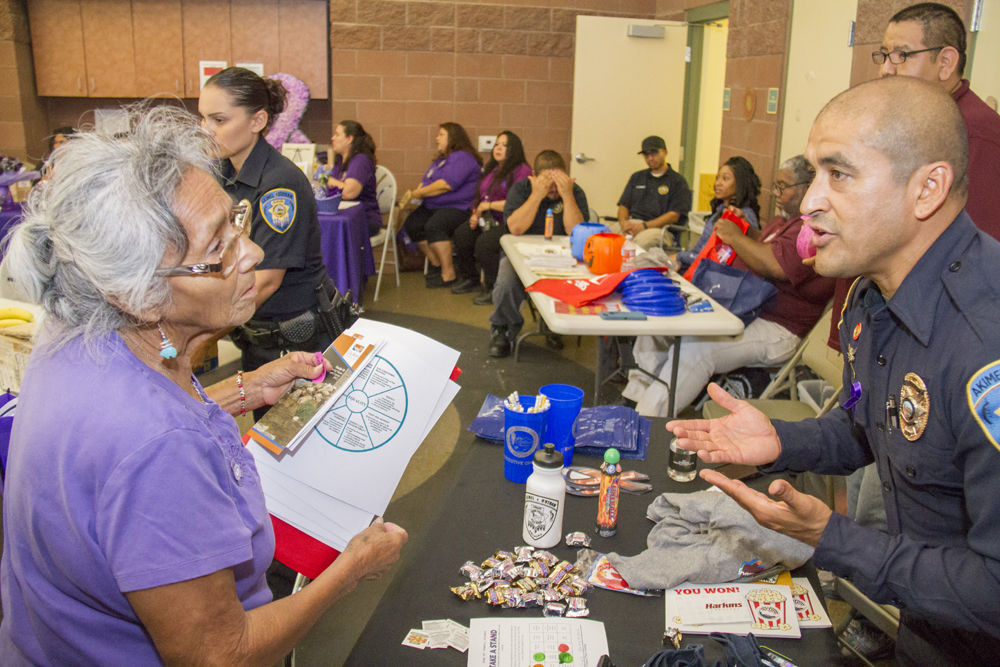 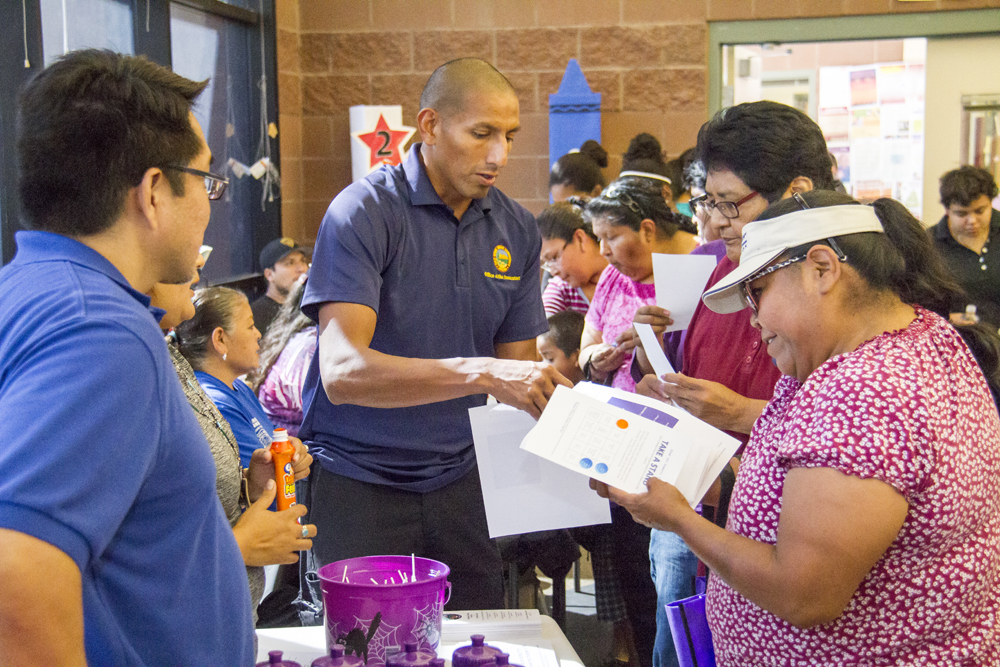 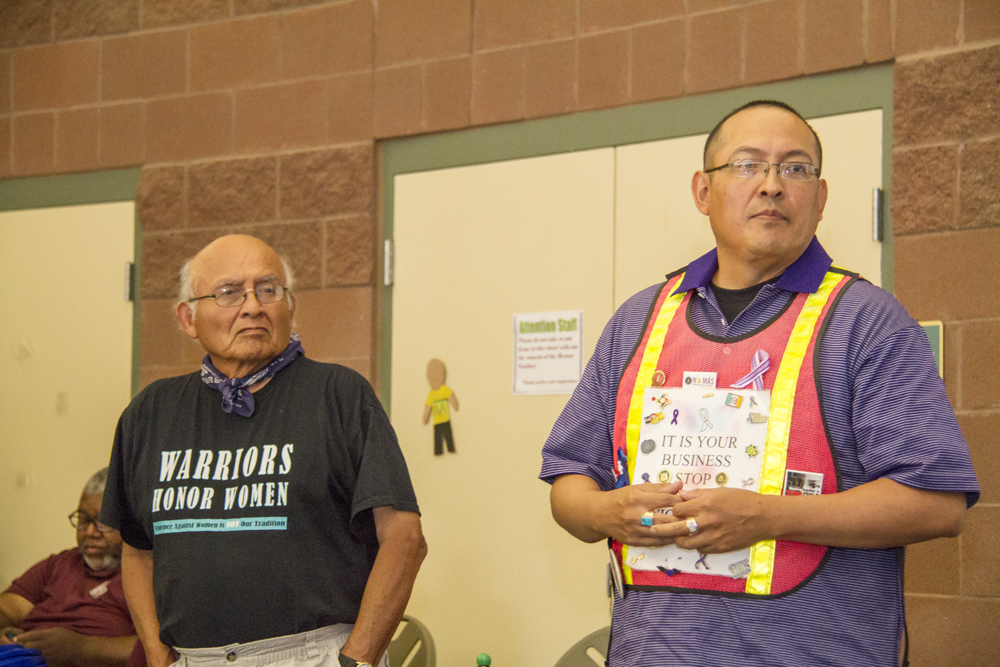 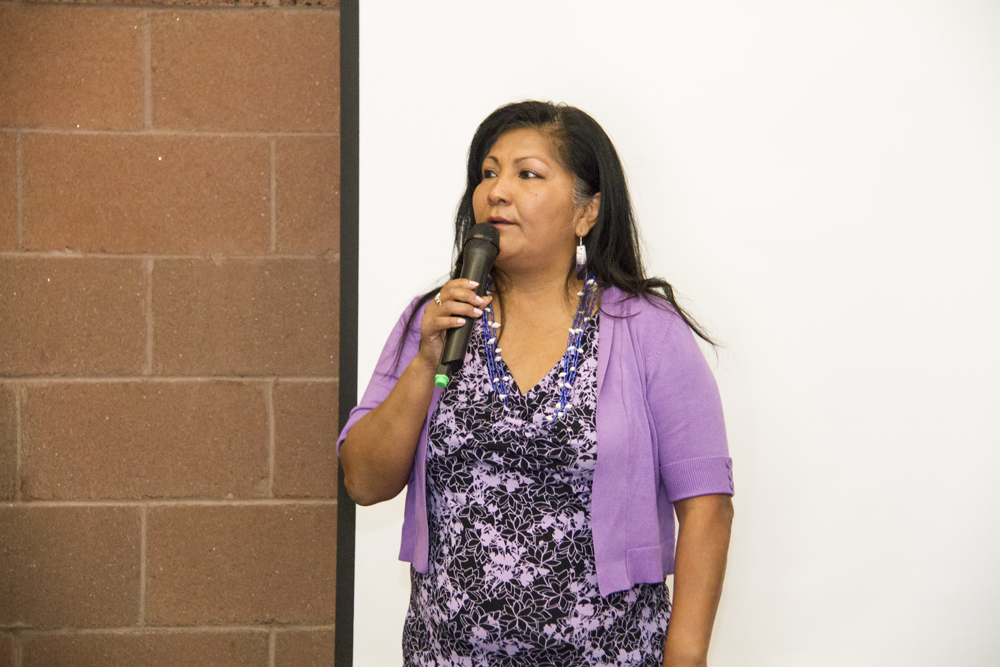