GRIN Articles > GRIC to construct 4,000-square-foot gas station and by next spring

GRIC to construct 4,000-square-foot gas station and by next spring

Commuters between Coolidge and Casa Grande will soon be able to fill up their gas tanks at a new gas station that is slated to be fully constructed and ready for business by next spring.

According to the Casa Grande Dispatch, the gas station will be located at Signal Peak Road and State Route 87, where a drilling rig, owned and operated by KP Ventures Well Drill & Pump Co. was currently drilling the gas station's well near Blackwater. Drilling was finished by mid-September.

The gas station will include diesel pumps and a 4,000-square-foot 24/7 convenience store and smoke shop.

Wild Horse Pass Development Authority’s Director of Marketing, Alia Hauter, said that the new gas station will be a closer option for residents in nearby communities.

“If you don’t gas up leaving Coolidge, you have to wait until you get to Casa Grande or even Chandler,” Hauter said in the Dispatch. “It’s a long way to go and this will be a much closer option for residents in the area.” 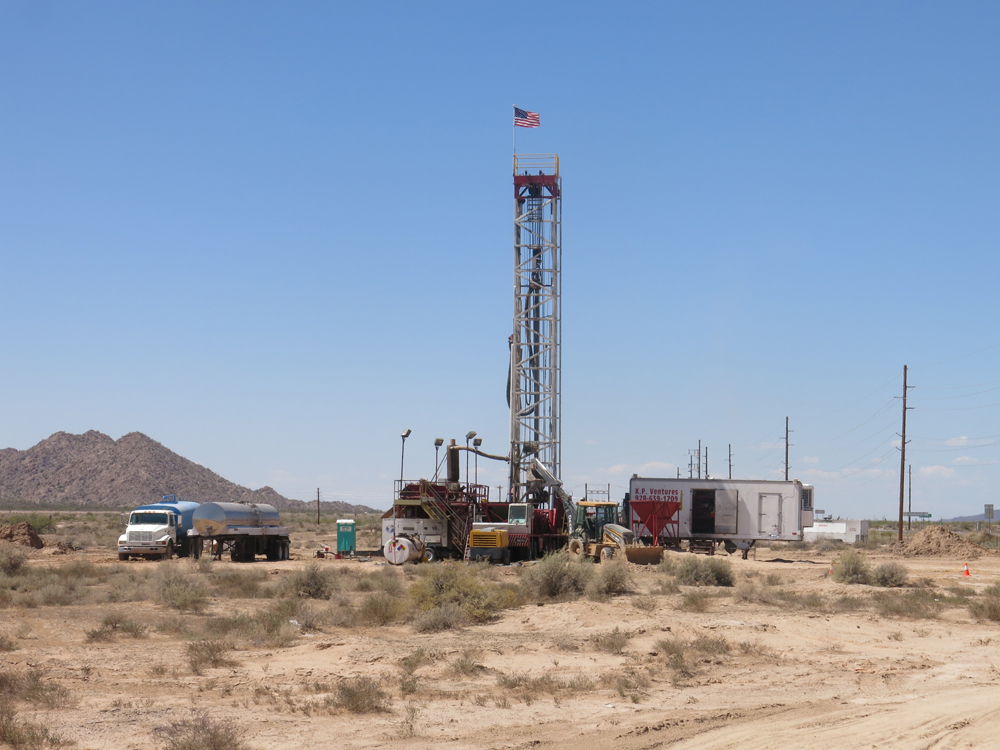